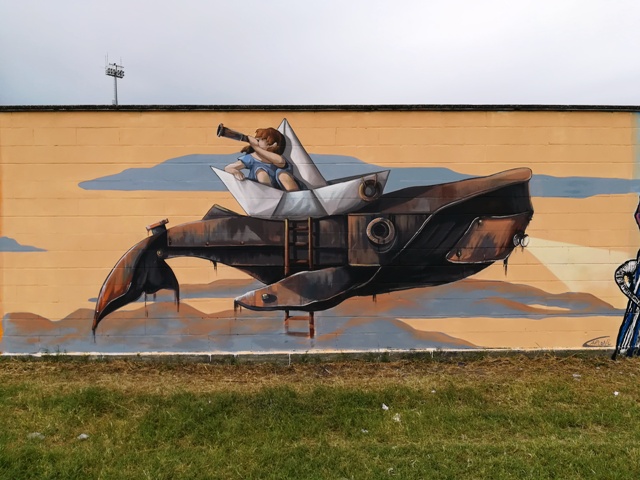 Genuine, expressive, public, illegal but temporary. This is what Comacchio felt like in 2005, when Blu and Ericailcane, covered the “Small Venice” with their colors. Now, after 13 years, the municipal administration and Riccardo Buonafede, a local urban artist, officially publishes the Manufactory Festival.

The idea, says Riccardo, was born in 2017 when he proposed to the City to paint some walls of decay buildings. The Administration, which in recent years is moving to make Comacchio a meeting place for sport and culture, proposes to Riccardo to redevelop the entire area of the Stadium. But this is a huge project for a single person, so the idea of launching an international call is born with the aim of gathering artists with different styles and connotations, to create a collective work and mix the styles together in a single, homogeneous painting , yet different in every portion of the wall with or without straight lines of separation between one work and another.

An exceptional guest of the first edition, announced by the art director Marco Miccoli of Bonobolabo, is the Belgian Dzia, famous for his paintings throughout Europe, who has realized in the main wall of the municipal stadium an harmonious intersection of eels. 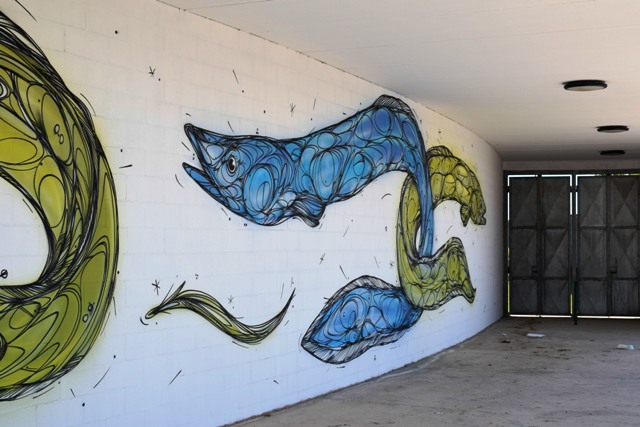 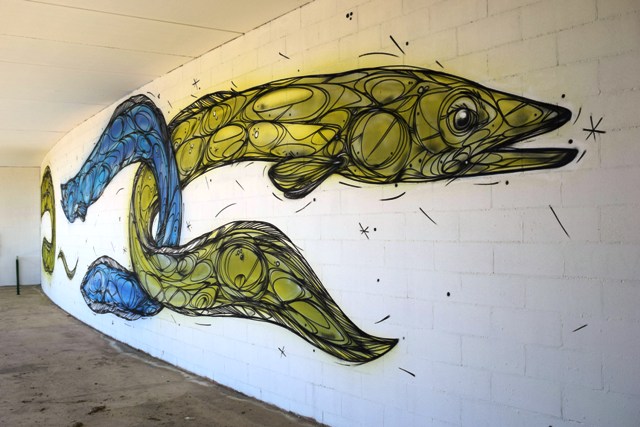 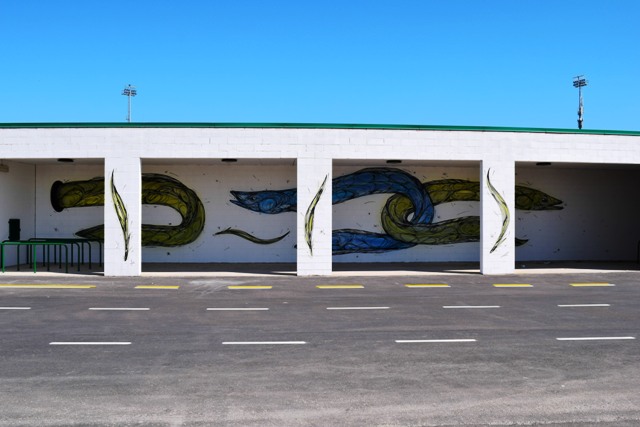 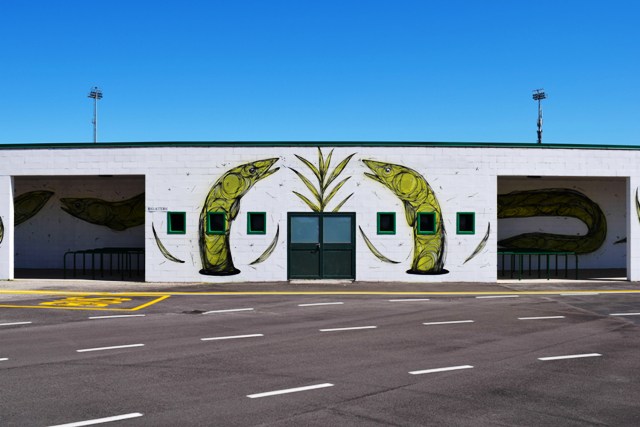 The theme? Maritime, of course. Among the 20 artists who participated in this project were: Krayon, Ironmould, Alessandra Carloni, Reve +, Dissenso Cognitivo, Brome. 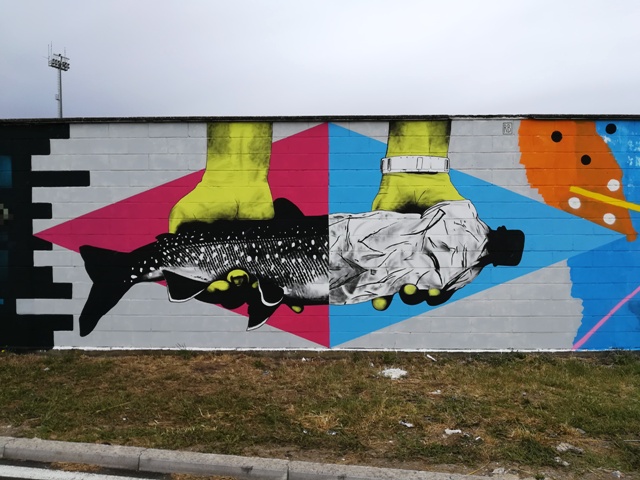 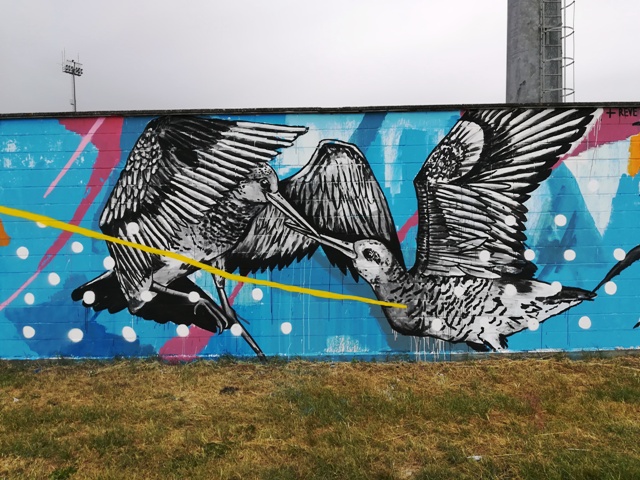 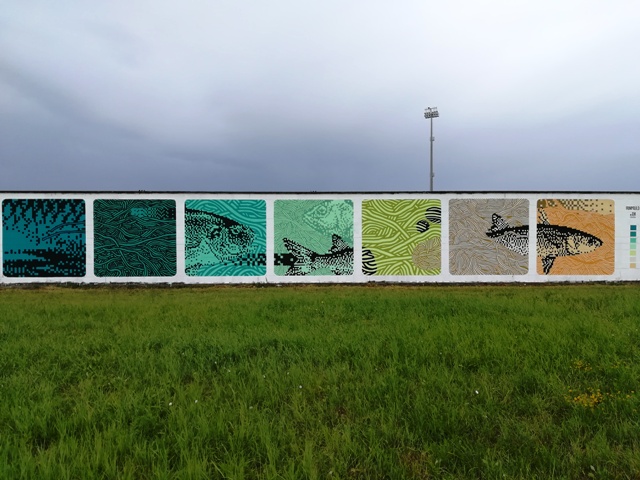 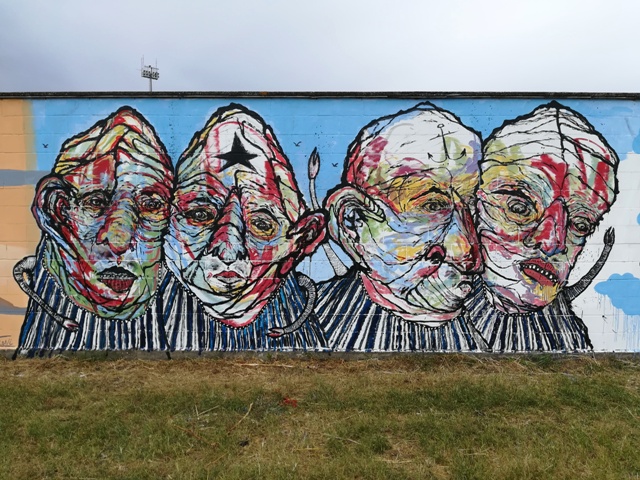 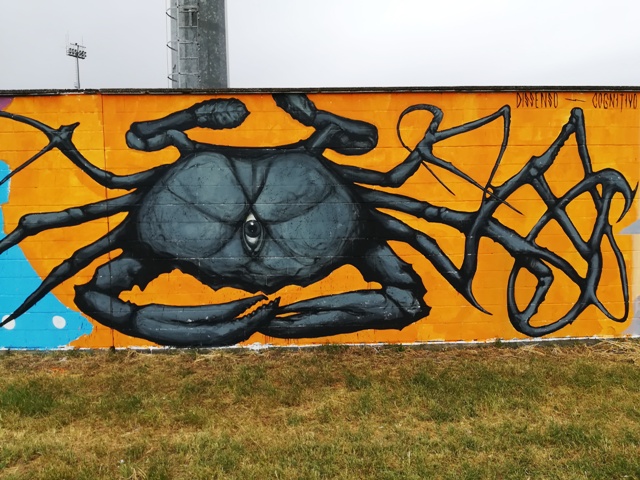 The final aim of this project is to enhance and protect the works that already colors Comacchio and promote the town, giving the opportunity to international artists to enrich the places considered suitable by the Municipal Administration.

This is just the beginning of a new path and we are curious to see what will be the future developments.
www.manufactory-project.com 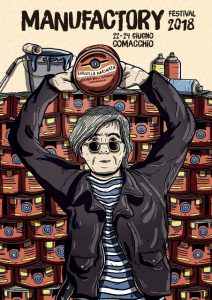