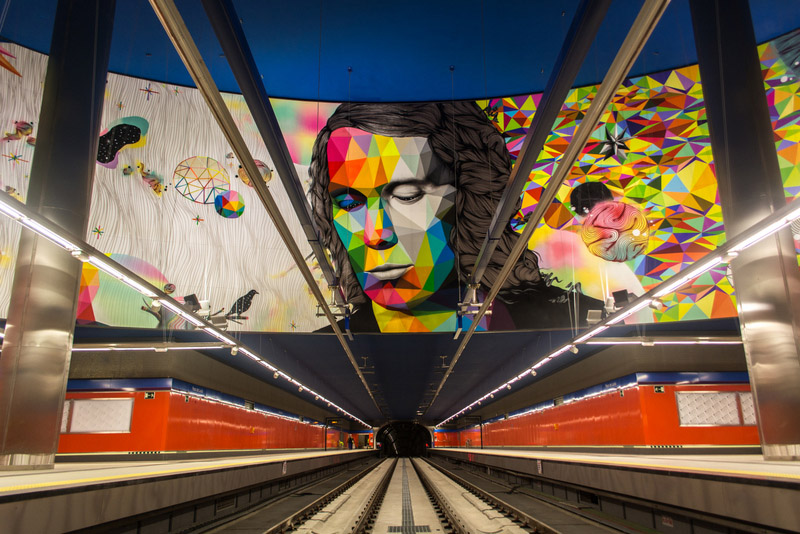 For Madrid Street Art Project, 2015 was full of interesting and enriching projects which have helped to keep street art joyfull. They have shared many projects with lots of people: artists, partners, followers; some of them have been walking along for some time now on this MSAP adventure, while others have also joined.

Rosh333 and Okuda (in collaboration with artist, Antonyo Marest) have created a huge 300 squared metre mural for the new Paco de Lucía Metro station in Madrid, opened to the public in Spring 2015. The artists have entitled the mural “Entre dos universos / Between Two Universes“, making reference and paying homage to the great Spanish guitarist and his famous track “Entre dos aguas”. Both Rosh333 and Okuda’s universes and styles merge perfectly in the piece: Rosh333 with his characteristic language full of curves, textures, sinuous shapes and pastel colours; Okuda who incorporates his geometrical figures, stars and vibrating colours. Both languages and both universes meet in the center of the mural thanks to a four-hand geometrical portrait of Paco de Lucía. 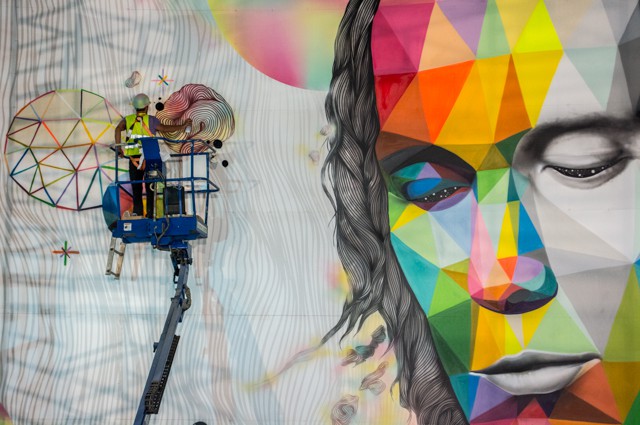 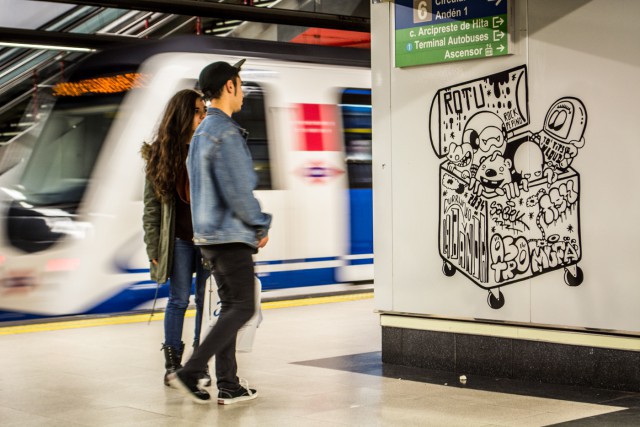 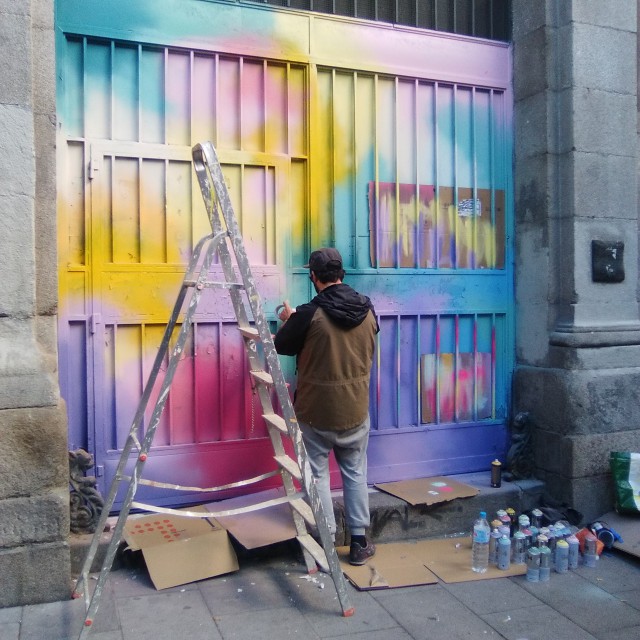 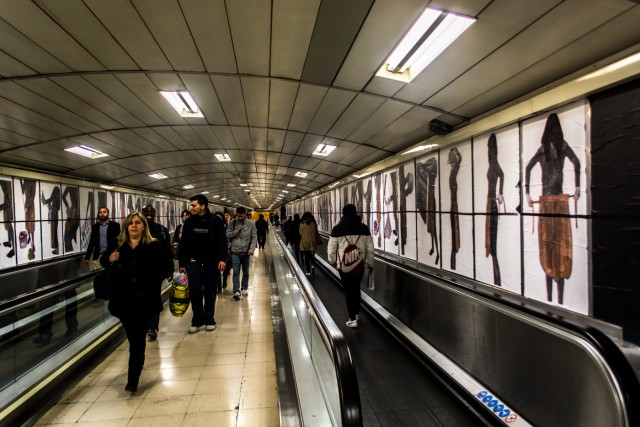 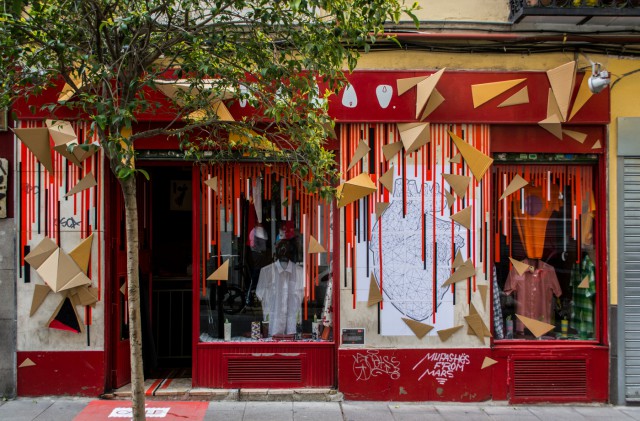 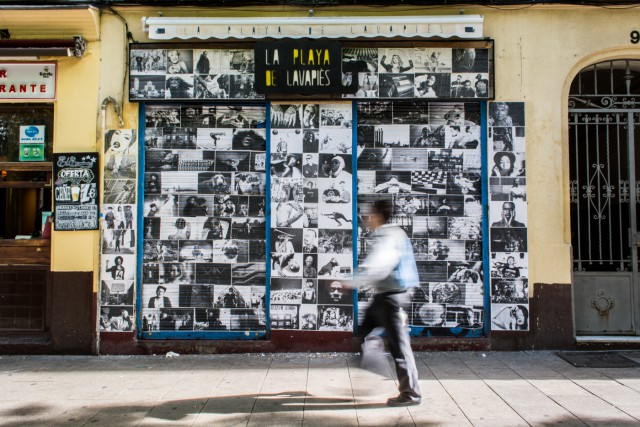 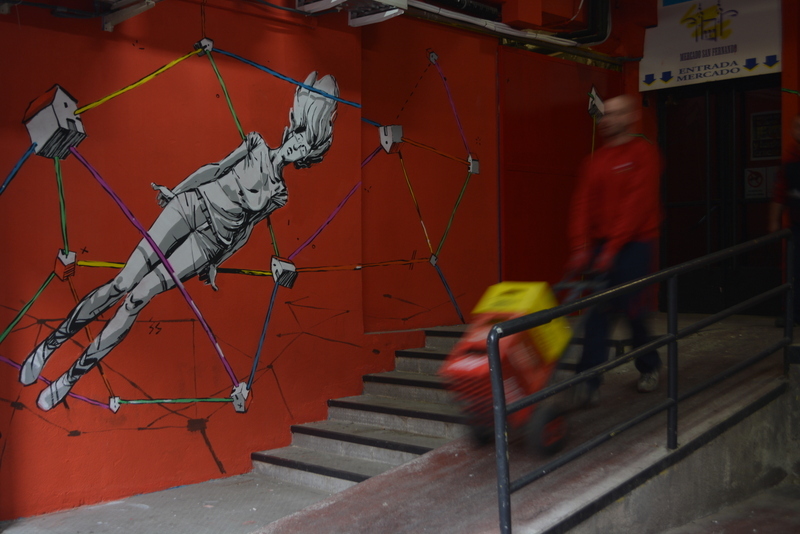 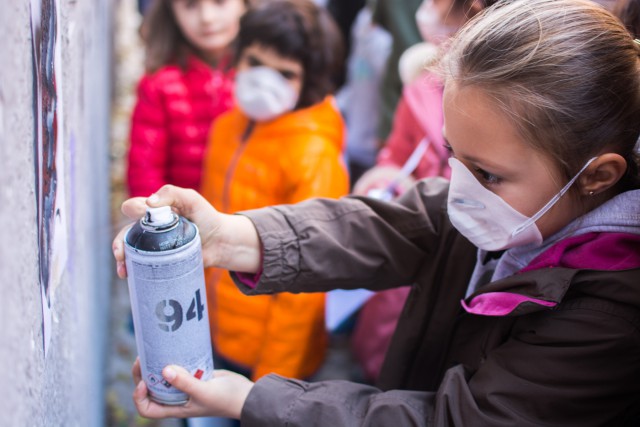 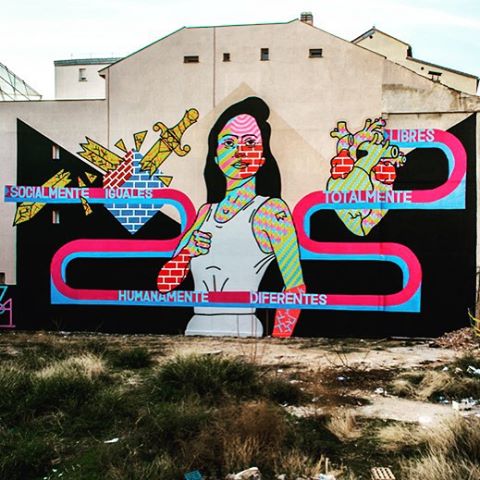 For Madrid Street Art Project, 2015 was full of interesting projects of street art such as this one! #thestreetisourgallery #isupportstreetart #walls #MSAP #madrid #streetart #photooftheday #madridstreetartproject