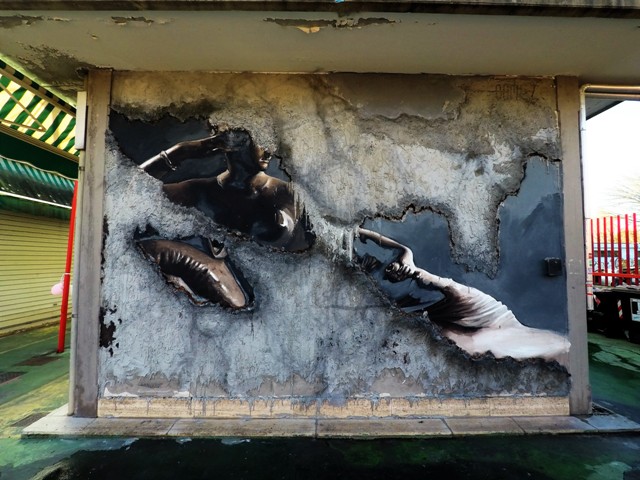 A new wall painting took shape from a few days at the Local Market in Locke street, Rome. Luis Gomez de Theran is the artist of the mural and was invited by the association a.DNA for the project “Street Frames”.

Gomez, a mural artist known all over the world for his artworks inspired by symbols of ancient and modern myths, real or imaginary characters, has worked at the Casal de ‘Pazzi District Market. 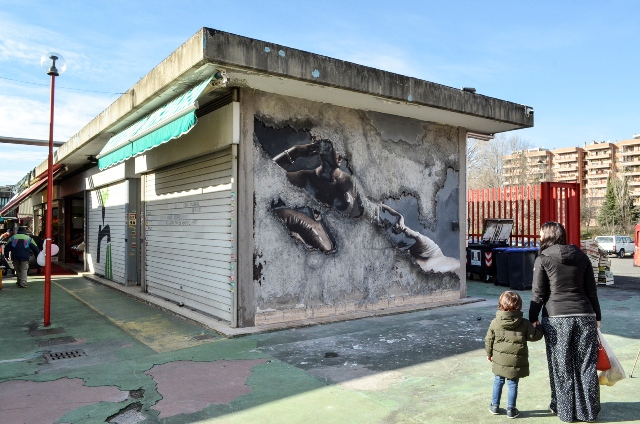 During the work in progress, the artist and the association’s art curators met many inhabitants of the district who daily attend the market. It was an opportunity to share the meaning of the subject with habitual and non-regular passers-by. Spontaneously the people proposed a personal interpretation of the work, expressing new points of view.
A real social reactivation must result from artistic interventions like this one. 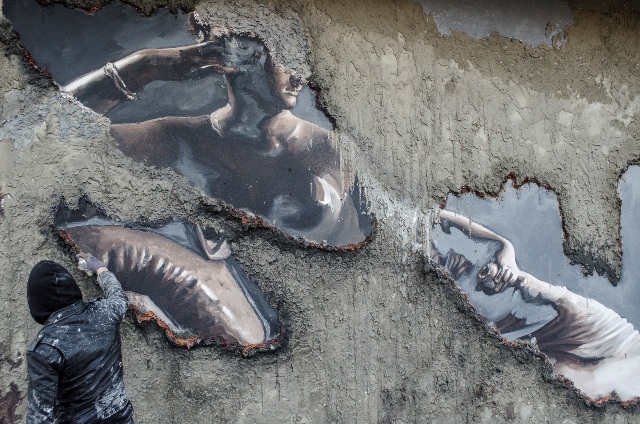 The main objective achieved, in fact, is to create a debate around the artwork, which in this way moves away from the simple decorative function to assume an important, symbolic and cultural role in the community that hosts it.

In his new work, Gomez proposes the reinterpretation of an easily recognizable popular symbol: the statue of Pauline Bonaparte, also known as “Venere Vincitrice”, sculpted by the sculptor Antonio Canova between 1804 and 1808, now exhibited in the rooms of the Galleria Borghese, downtown Rome.

The figurative proposal meets the artist’s material experimentation, transforming the wall into a cave from which is possible to see Paolina. Almost a reference and a pictorial quotation from the Myth of the Cave of Platone, an icon of humanity discovering the Truth, poised between light and oblivion. 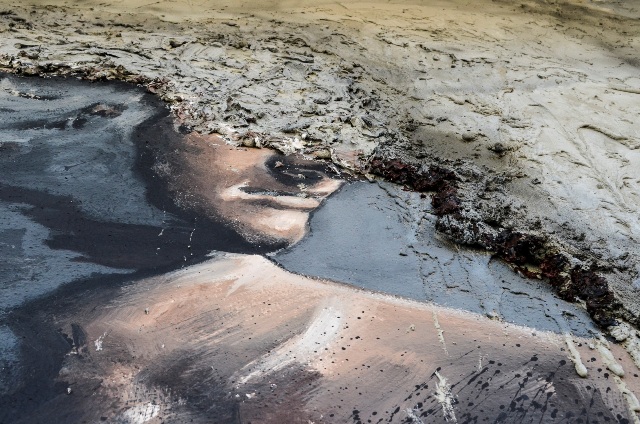 In this case, the interpretation of the “Street Frames” project is expressed in a highly symbolic way, using the idea of “frame” or “window” as a space-time gap. The perception of the statue portrayed, almost forces the passerby to stop and see the figure of Canova’s “Venus”, emerging from the shadows with a play of chiaroscuro in Caravaggio’s style, reinterpreted by the author of the mural.

An emblematic detail, present in the original statue version too, is the apple that Paolina Borghese holds in her left hand, emphasized by Gomez as an iconographic binder with the place in which he is painting.
So, two symbols, one linked to the highest historical European nobility and the other closely connected with the district and the place where the wallpainting is located, are painted together on the wall of a market in Casal de’ Pazzi neighborhood: one of the most important spots for all socials and culturals activities in the area. 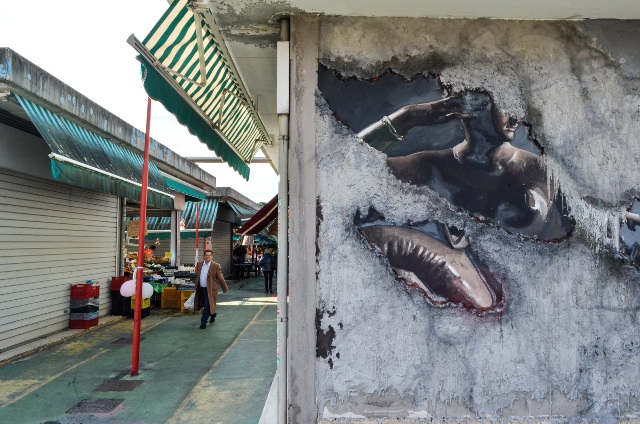 The keys to understand the mural are numerous, but the most important suggests the others: the Art, the “Beauty”, the Culture that ennoble space and the soul, are already around us, we have just to look for them, fight to rediscover them and bring them to light. So we can find the Gomez’s “Paolina Borghese” there, behind the concrete of that wall in a suburban neighborhood market of Rome.

The strength of one, in this case the author of the work, has moved the matter, has opened a gap in that wall showing everyone that it is possible to Create everywhere and change the land, to adapt the places we live to our needs.