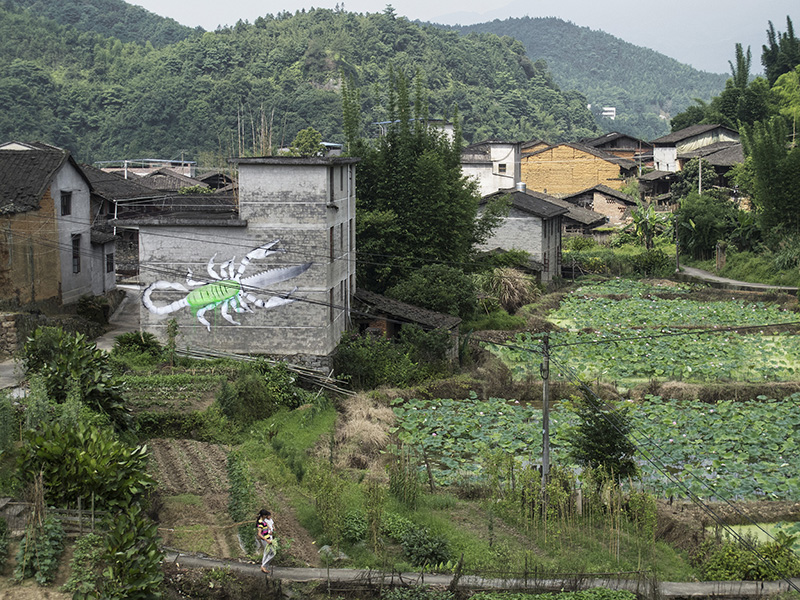 Ludo has been Collaborating in China with a non-profit organization called Tencent Foundation and its major media Tencent QQ (popularly known as QQ, an instant messaging software with 829 million active users).Ludo is back in China to work on the next step of the “Ephemera” project.

Started October 2014 as a personal research and inspiration about destructed areas, after thousands of kilometers traveled, the project amazingly reached a new level focusing on moving deeply to very undeveloped villages lost in China to bring the light on these places full of history. Also areas deserted by most of parents moving for bigger cities and jobs leaving the children behind them, a major problem of urbanization.

Thanks to a charity campaign organized, “Ephemera” will help the “left-behind children” (around 61 million in 2015) of the villages in their studies and to finish school. A major event will focus on his work and he will create a particular installation nationally live broadcasted and documented. The fundraising will be alive from the June 12th.

As an artist, it’s a major step for him and a first project, which started from a personal inspiration, that transforms into a major legal organization with a social and economic new background.