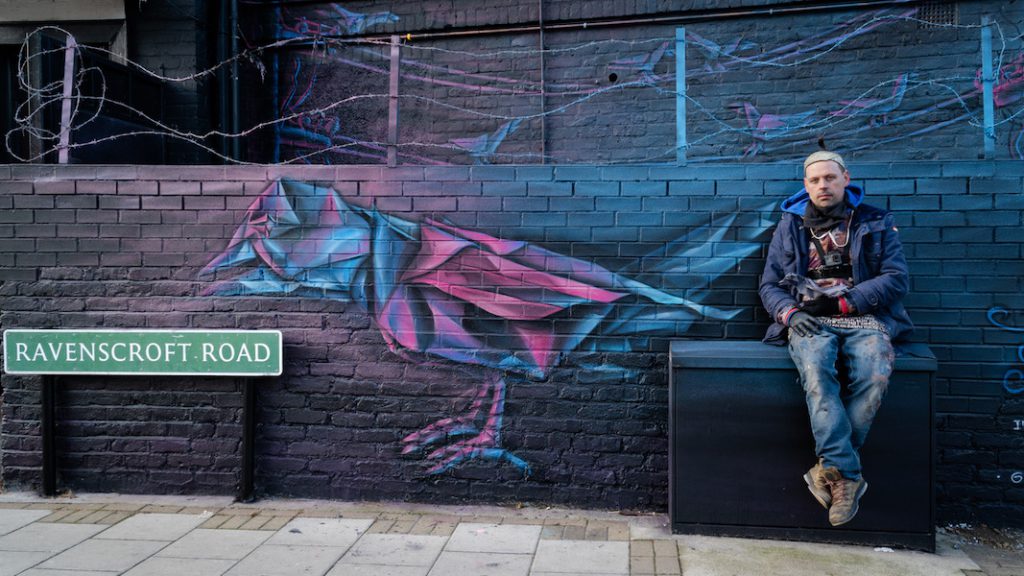 Origami Raven Memorial for Gordon Gibbens in London by Airborne Mark. “The origami raven was designed and painted as a memorial mural for a renowned London street art photographer

who was passionately documenting London scene for 20 years. He was a London legend, unfortunately he died last year and there has been a recent book publication about his story.

“How Graffiti Saved My Dad’s Life” https://colossivepress.bigcartel.com/product/how-graffiti-saved-my-dad-s-life written by his daughter. 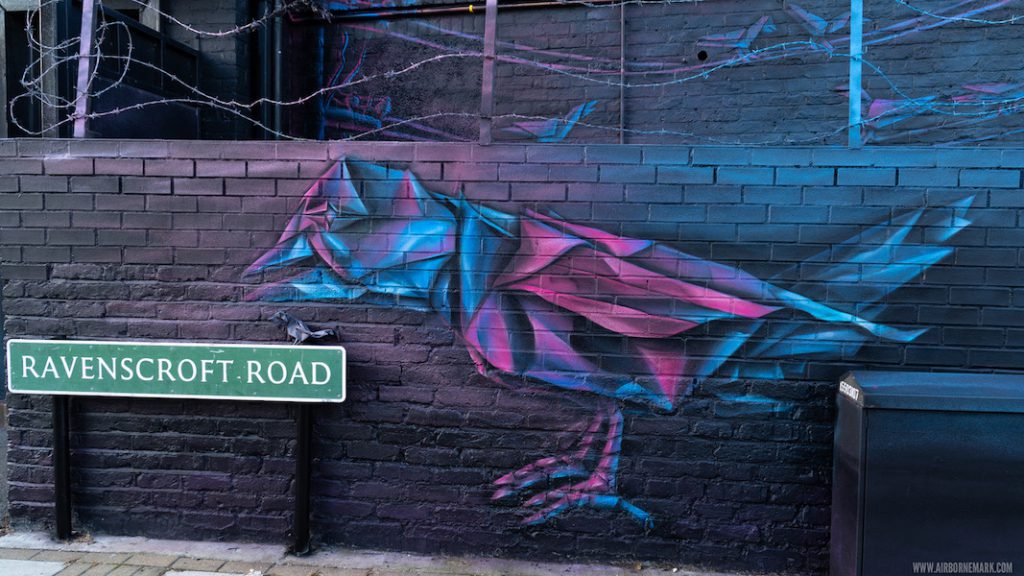 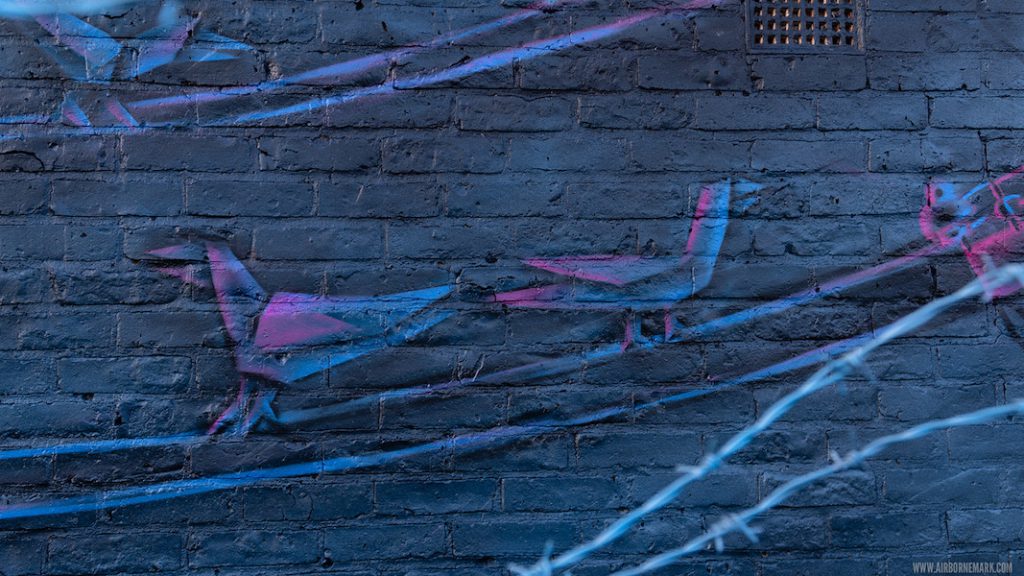 Gordon was a key figure on London scene and is greatly admired and missed.

Origami artist Airborne Mark explains his involvement… ”I have had a privilege to meet Gordon Gibbens over a decade ago and he was quite passionate about my origami themed style. Also, many of my murals (14 exactly) have been painted in his local area, also where he spent his last days in a local hospice. The book tells a compelling story of his long battle with cancers yet his pursuit of his passion to photography street art around London. He was an 86 year old gentleman who was out and about London chains walls to his last days while battling terrible disease.” 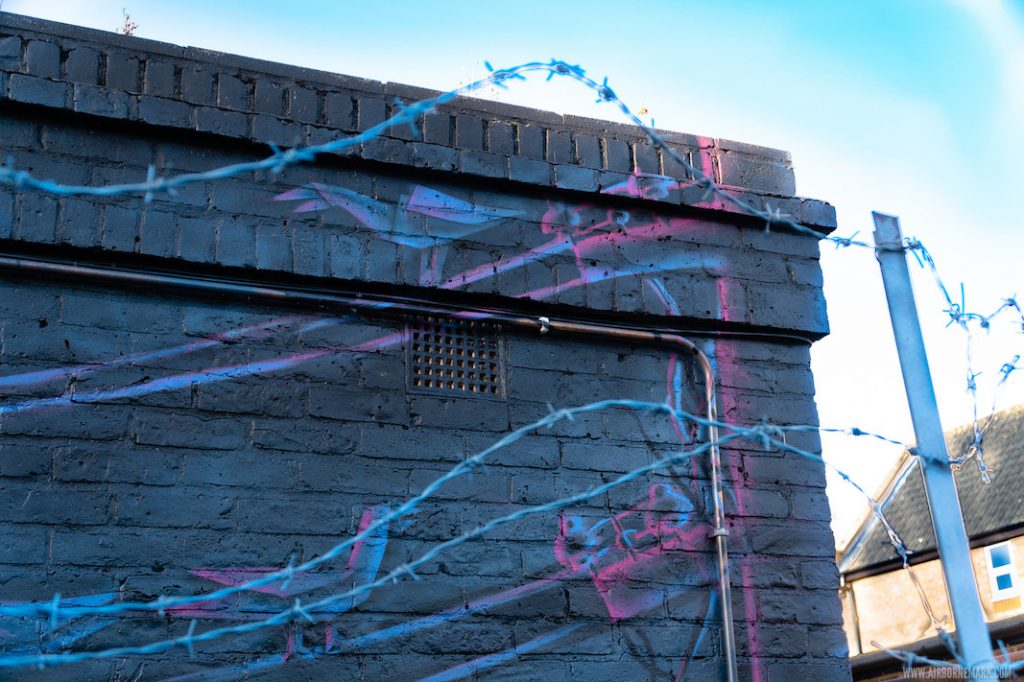 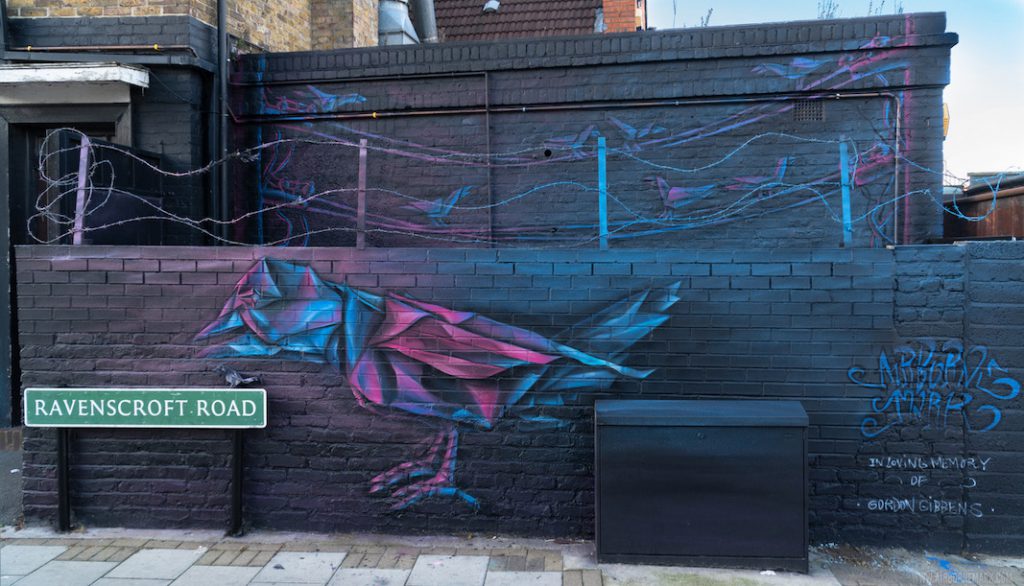 ”Since my and Gordon’s paths were crossing numerous times over the years. I had a honour to be asked to paint a permanent mural in his memory around the corner from the hospice where from he took some of his final journey to photograph me, as well as many key players in London also frequently featured on ISSA.”

”The idea behind the mural was inspired by the name of the road – Ravenscroft and also barbed wire onto of the wall, which served me as an inspiration to paint a conspiracy of origami ravens sitting on the barbed wires as if on energy lines. It was a tricky to part wall. And the tribute to Gordon is simply that he would have really appreciated the thoughtfuless of the idea behind it.”

”The painting of the mural was organised by London Calling Blog (www.londoncallingblog.net) who has been securing walls for me and as well as other London artists for the last three years. He organised the tour in memory of Gordon on the very same day of me painting it, so it was a joint effort to commemorate this iconic London photographer. All capture in video. Almost 60 people came from Europe to commemorate the life of Gordon and take part of the tour.”