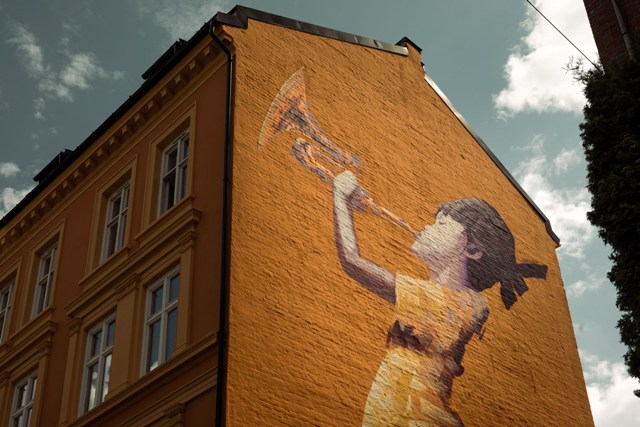 Løkka-Lykke street art festival is back for the second year running (20-26 June) to confirm its status as Oslo’s leading street art event. Held in the central district of Grünerløkka, Løkka-Lykke announced itself on the street art scene in 2021 with eleven artists producing site-specific works ranging from large-scale murals to small-scale interventions.

Among this year’s invited artists are Finnish duo Anetta Lukjanova and Taneli Stenberg, local graffiti legend Awat Serdashti, and Oslo-based up-and-coming painter Eva Hansen Sjøvold, who will paint the first LGBTQ+ mural in Norway. Also participating is local artist Charlotte Nordlund – whose artwork will mark 50 years since the decriminalization of homosexuality in Norway – and Ukrainian artist SLAM, who arrived in Norway just a few months ago.

In addition, everyone from first-time painters to some of the city’s most respected graffiti artists are invited to experiment on centrally-located, temporary cellograffiti walls designed to emphasise the demand to create more space for graffiti and street art in the city.

Curious audience members can get an introduction to street art and graffiti at a lecture by art historian Helia Darabi on Friday 24. June as well as learn all about the artists and stories behind the new works on guided tours on both Saturday 25. and Sunday 26. June.

All events are free, thanks to support from various partners, not least festival co-founders Løkka Gårdeierforening. 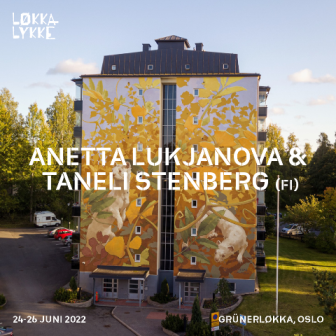 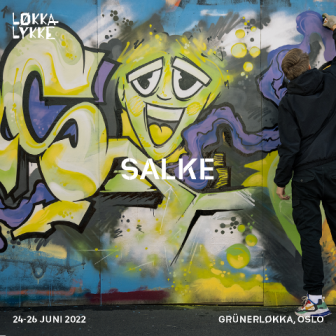 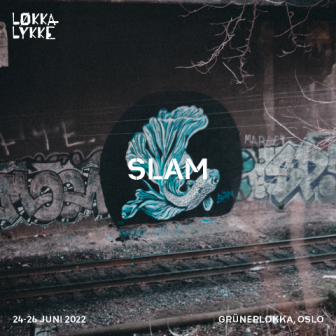 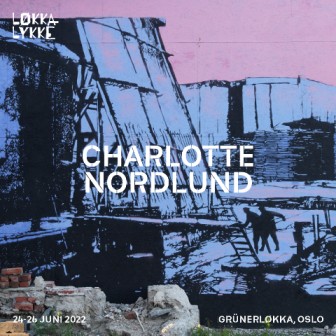 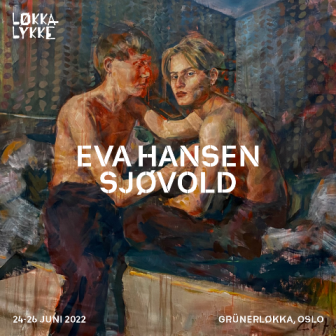 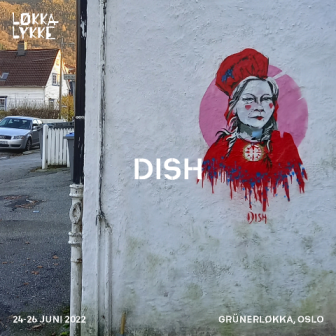 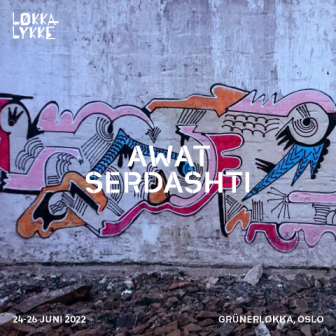 James Finucane, Street Art Oslo: “Løkka-Lykke aims to make visible the richness of artistic talent in Oslo by inviting both new and established local artists to participate. This helps to ensure that the festival is rooted in the local artistic environment, something we’ve always believed should be the decisive hallmark of Løkka-Lykke.”

Løkka-Lykke 2022 takes place from 20.-26. June and stands with I Support Street Art as a media Partner.  For more information visit www.lokkalykke.no

Anetta Lukjanova (@anettalukjanova) and Taneli Stenberg (@dandysteele) are visual artists from Helsinki, Finland. Their murals often depict philosophical or allegorical subjects, in a style that can be described as modern magical realism.

Awat Serdashti (@awat_bababoon) is a visual artist from Kurdistan who grew up in Kongsberg, Norway. He is one of Oslo’s most prolific graffiti artists, best known for his large-scale non-figurative paintings.

Charlotte Nordlund (@cfsn_art) is a Norwegian street artist who mainly works with aerosol, stencils and site-specific sculpture. She is also project manager for Moss Pride and will mark the 50 years anniversary of the decriminalization of homosexuality in Norway through her work for Løkka-Lykke.

Dish (@dish_kunst) is a multi-disciplinary artist from London, now based in Bergen. Her works often depict women from a feminist perspective, combined with distinctly dark lines and tones.

Eva Hansen Sjøvold (@eva_h_sjoevold) is an Oslo-based artist who is currently studying at Einar Granum art school. She will paint Oslo’s first queer-positive mural for Løkka-Lykke.

Salke (@salkeone) is a self-taught visual artist who started with graffiti at just ten years old. He is represented by Fineart Gallery and has recently launched his own streetwear brand NOW 今 IMA in addition to completing his studies at Strykejernet art school in Oslo.

SLAM (@nkt_dnvn) is a street artist from Chernivtsi, Ukraine, who currently lives in Løten, Norway. From a young age he enjoyed drawing and painting, before he became interested in the format, scale and visibility of graffiti and street art.

Løkka-Lykke is an initiative from Løkka Gårdeierforening and Street Art Oslo, which springs from an idea to celebrate Grünerløkka’s unique identity.

The festival takes place annually in Oslo during the first week of the school summer holidays – so that young people from the Grünerløkka district are given the opportunity to participate in producing the event.

“We hope that the works of art and activities that make up Løkka-Lykke will make it possible for people, both young and old, to explore this much-loved and unique neighborhood, and experience the positive effects street art can have to strengthen pride and belonging in the places we live.” Rebekka de Leon, Løkka Gårdeierforening