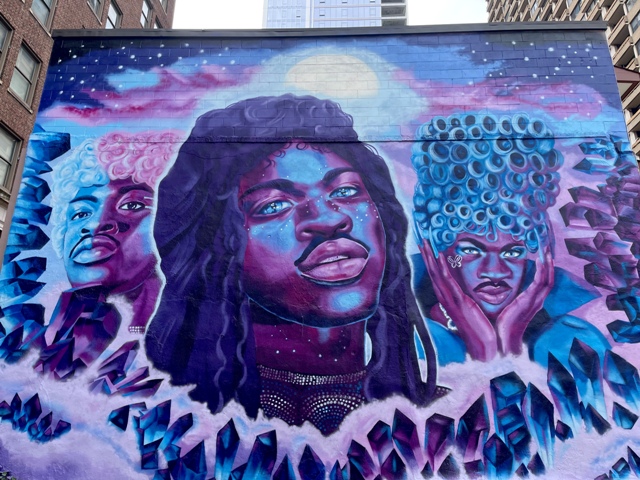 The Gayborhood in Philadelphia, PA is the city’s LGBTQ+ Mecca, and home to many murals yet not many that celebrates the LGBTQ+ Community, or referencing the current times. The Gayborhood community reached out to the Streets Dept and requested a mural of Lil Nas X since he is a visionary and proud voice and has been standing his ground despite controversy, conservatism and homophobia. 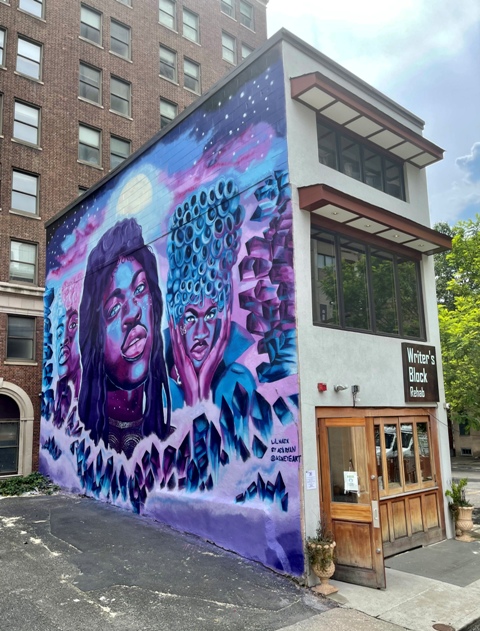 Writers Block Rehab wanted the mural celebrating him on their wall. Artist Ash Ryan decided to pick three characters from the Montero (Call Me By Your Name) Music Video and portray each one in an ethereal, godly yet cherubic, otherworldly divinity. He is framed by glowing crystals in a celestial scene that illuminate his skin with blues, pinks and purples.

”Being a woman in the graffiti and street art scene has been a struggle and I have had to overcome a lot of sexism and belittlement, but as I painted this—everyone in the neighborhood that came across me thanked me and made me feel recognized as a woman artist and I will always cherish this experience.” Ash Ryan 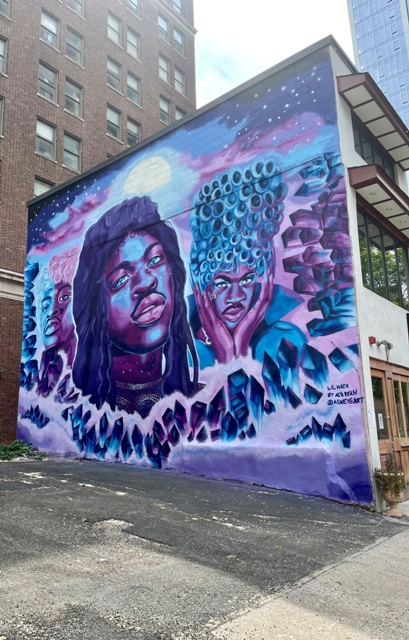 We all hope this mural can provide the LGBTQ+ community in Philly even more beauty and reverence.