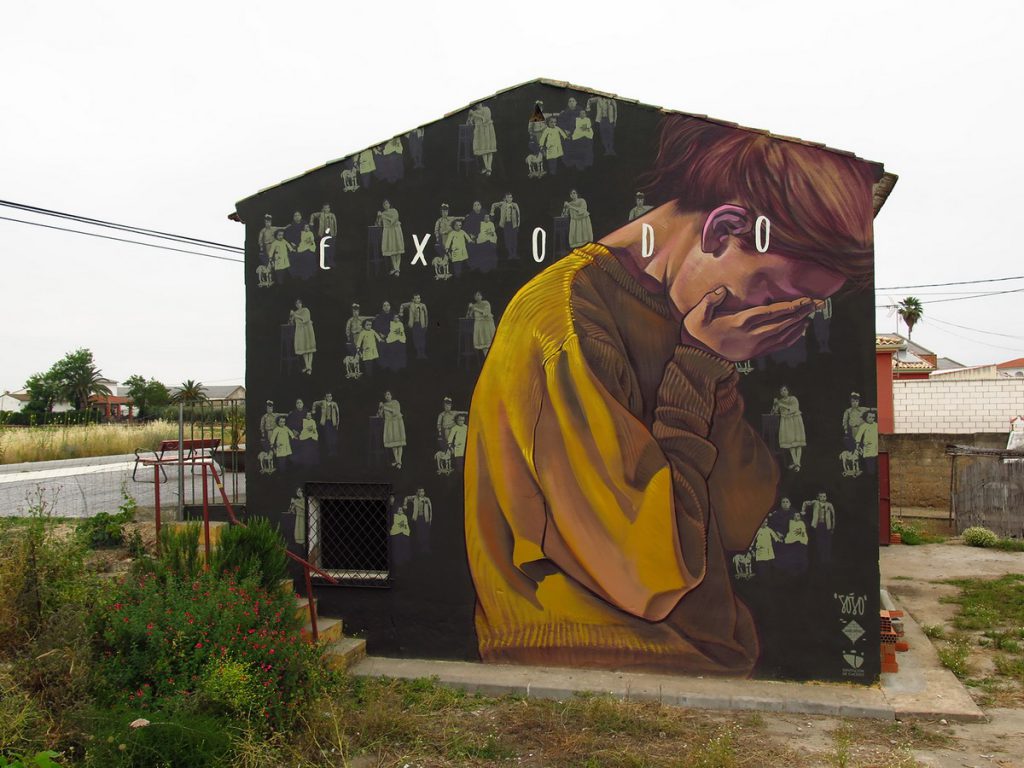 This mural is part of a larger project called Muro Critico which aims to bring urban art to the rural environment, by painting walls in different villages of Cáceres region. However the most interesting purpose of the project is its effort to remove consciences, giving visibility and open discussion around issues that concern our society.The topic chosen in this third edition of Muro Critico (Critical Wall) has been Depopulation. It is a phenomenon very common nowadays in the rural areas and especially in this Spanish region, eminently rural, a big problem that diminishes the quality of life and ends up making people disappear. 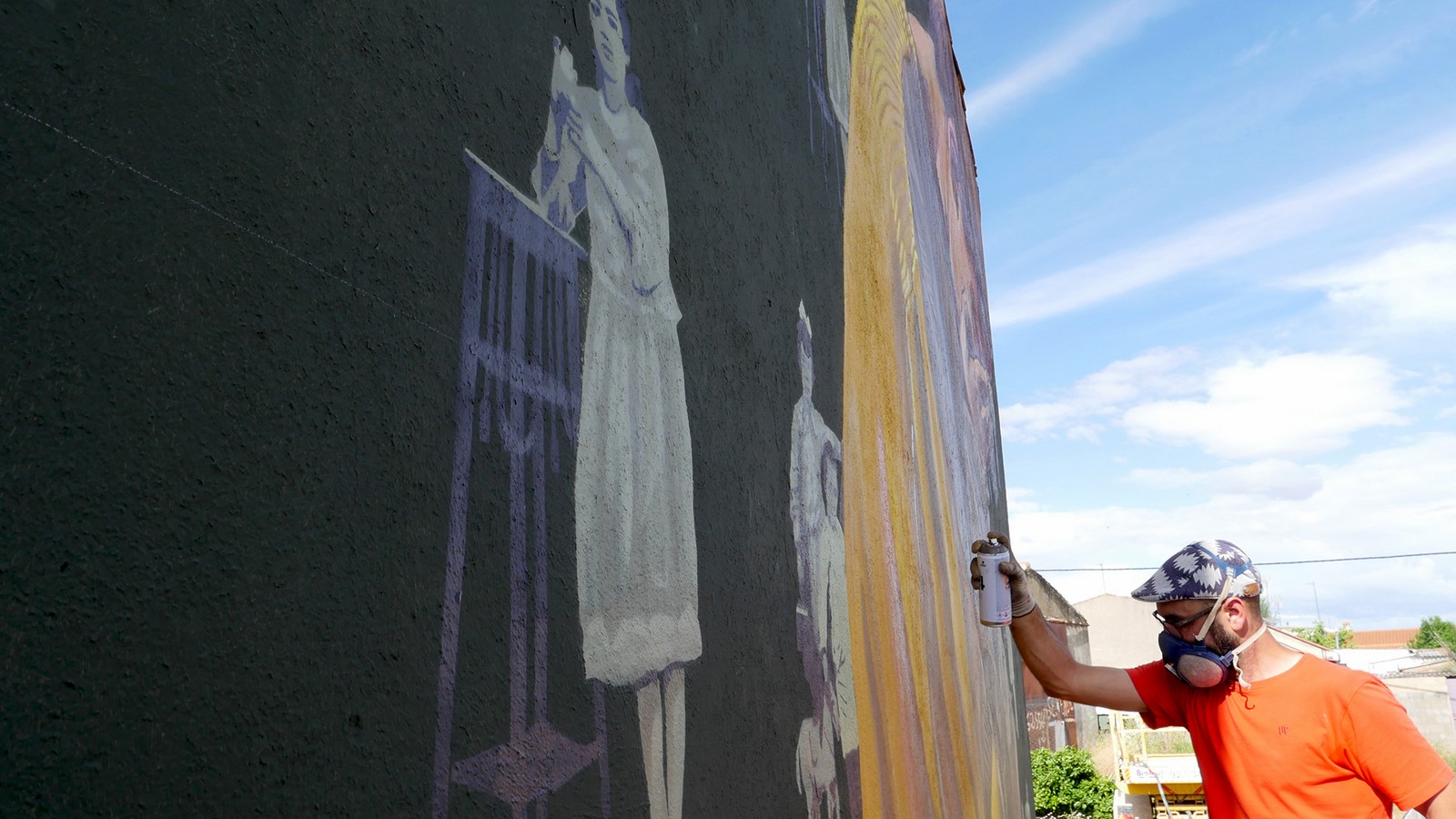 From the point of view of our generation, we have university degrees, courses, masters, postgraduates … but when it comes to wanting to work on what we have studied, it is impossible. There is no work as a result of a bad economic policy, which is centralized in the cities and most of the time is lower than the level of training we have paid. If we want to advance or form a family we are forced to abandon our villages against our will, even many times, leaving the country.

Sojo ´s mural tries to reflect on this phenomenon, called “EXODUS”. It shows an intimate scene, a girl who is at home, regretting that she has to leave, she has no other choice. In the background, to which the girl already turns her back, there are some motifs that apparently form a decorative wallpaper but when analyzed in detail, are two old photographs, which are repeated as a pattern and represent their roots. 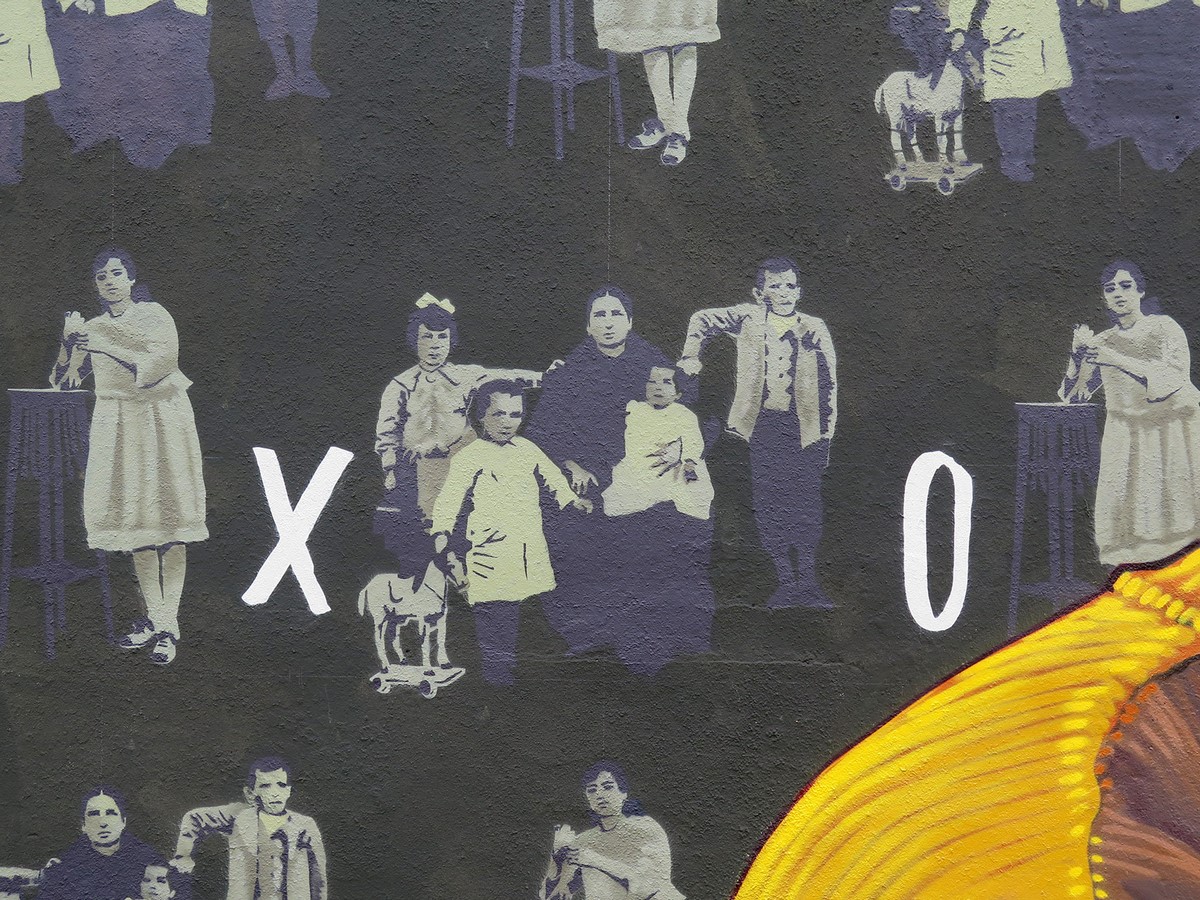 There is a paradox in this scene as it could well represent a Syrian woman who is leaving home because of the war. That is why the text of the mural does not put “emigrant” that has more correspondence with our phenomenon of depopulation, but “Exodus”, which links with the phenomenon of refugees. In this way, it is clearly in opposition to the fact that our rural world is being left empty and that in our borders refugees from wars who are not allowed access to our world are being held. 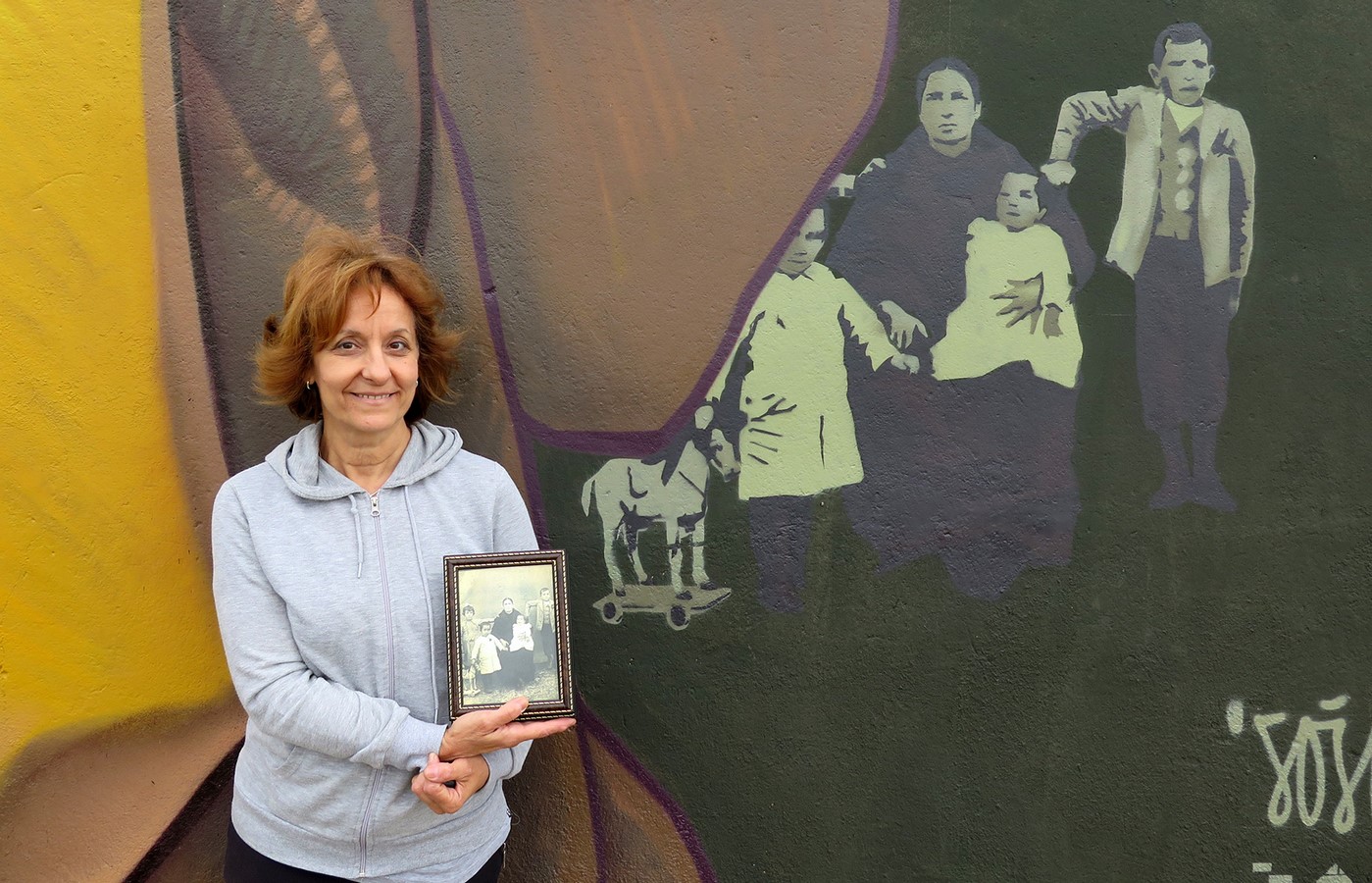 The artist used two real photos for the mural and one of them represents the ancestors of the owner of the house on which the mural was made. 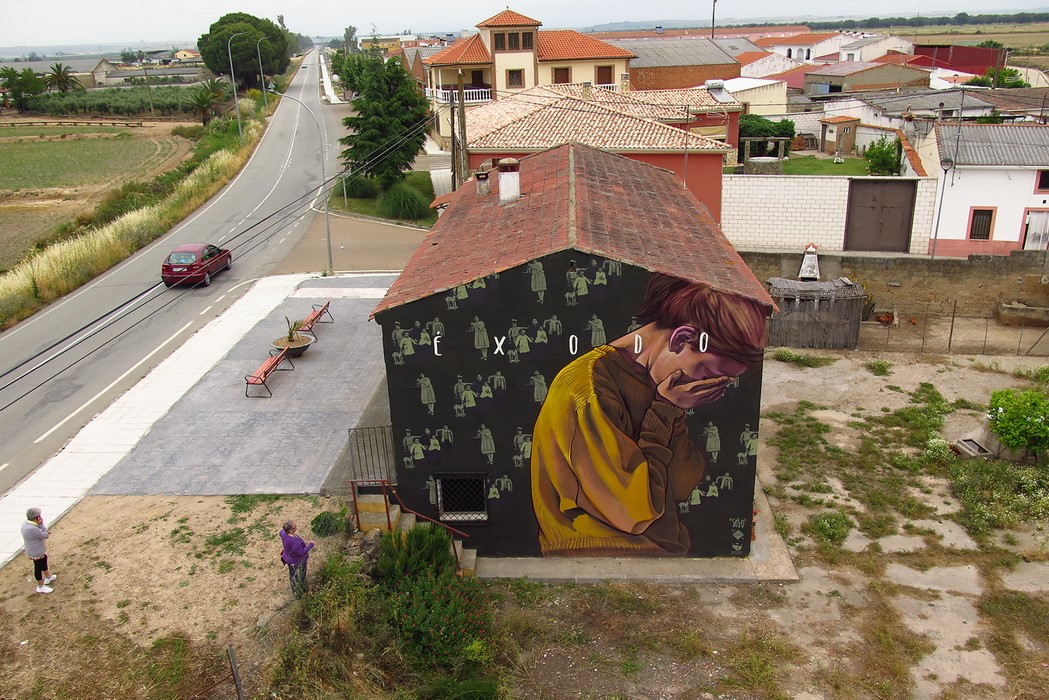