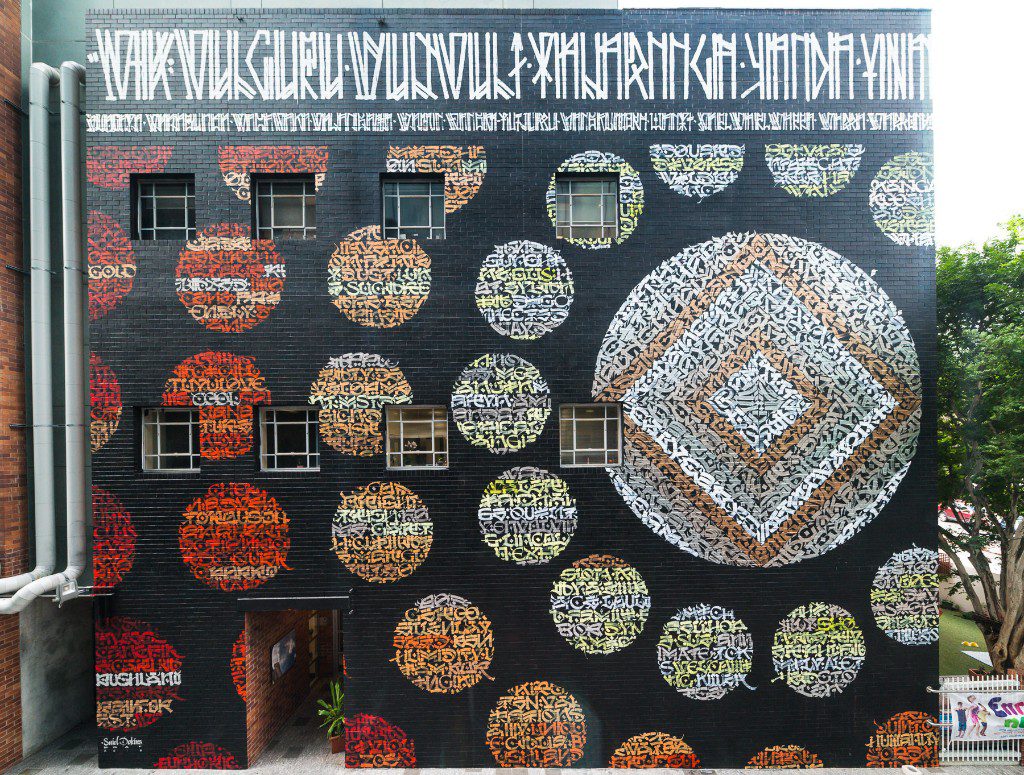 Brisbane Street Art Festival– (BSAF) had developed a fundamental roll contributing with the cultural sector in Australia, providing a multi-disciplinary platform where artists in and outside the country borders can participate.
This year, BSAF took place from March 31st to April 15th, transforming the city’s walls with amazing artistic interventions, redefining the relation of the community with the public space. 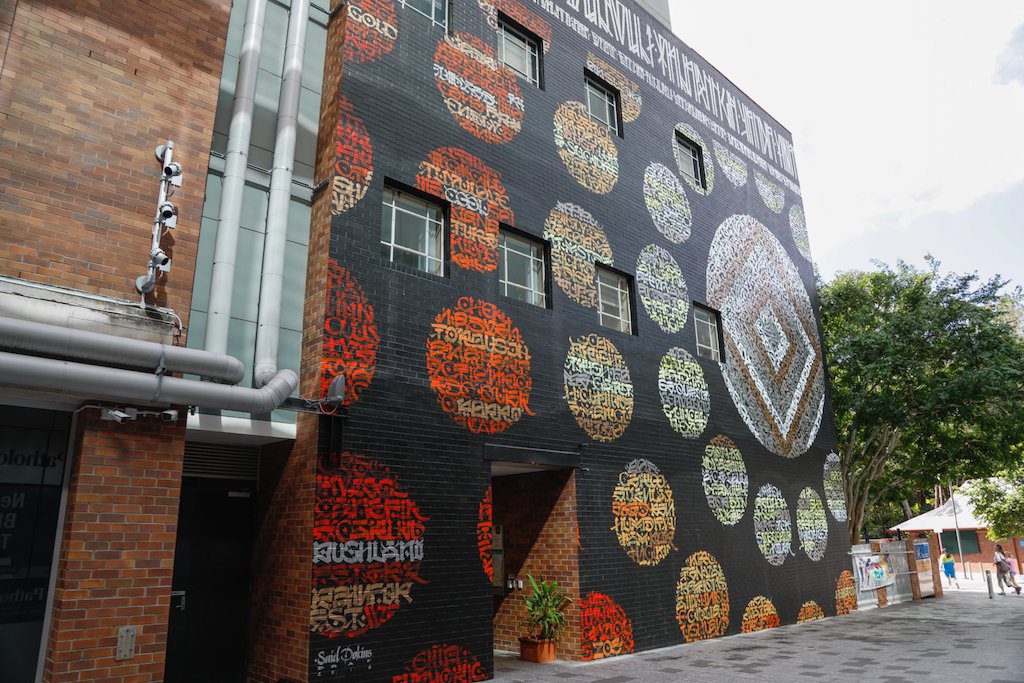 The team of Brisbane Street Art Festival had worked very close to Alethea Beetson, director of Digi Youth Arts, an organization dedicated to protect aboriginal cultures, assuring that the programme supports and nourishes aboriginal artists, and that some murals reflect the stories of this people. In collaboration with this organization, Said Dokins developed a series of monumental mural interventions entitled ‘Sleeping Languages In Queensland’ to call attention to the lost aboriginal cultures of Australia.

The first intervention was the piece ‘Stories of a Word’, located in the Queensland University of Technology, QUT, where the artist captured the words and phrases used by members of different communities in Queensland, through an exercise of participatory art in which Dokins spoke and interviewed a number of local people, underlying key words, capturing specific phrases, and asking them to share with him a story of Queensland with a single word. He put together those symbolic words in a vibrant composition on a wall over 200 m2.

The second mural ‘The Lost River’ was painted in the neighbourhood of Bowen Hills, where Dokins used his unique urban calligraphy style to write the names of the indigenous languages of Queensland area, setting the words on the surface of the wall, as if it was an encrypted river, flowing. This mural was accomplished with the aid and support of aboriginal organizations, specialists and members of indigenous communities. 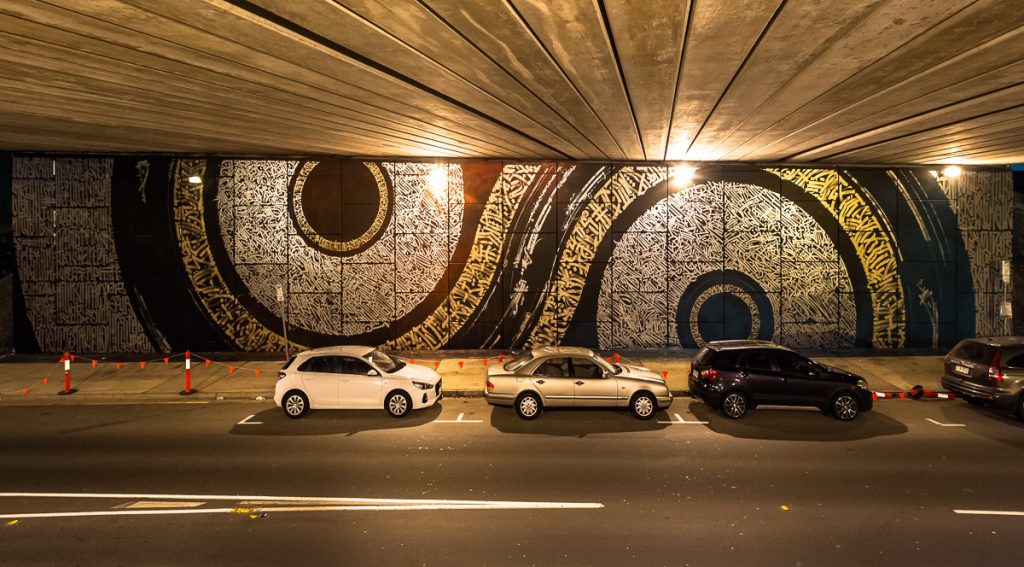 These murals are an acknowledgement to the Traditional Owners of the lands of this city and of all Queensland. A tribute to the Aboriginal and Torres Strait Islander people who have been displaced from their communities, their lands and who were forbidden to speak their language, perform their ceremonies and practice their culture. 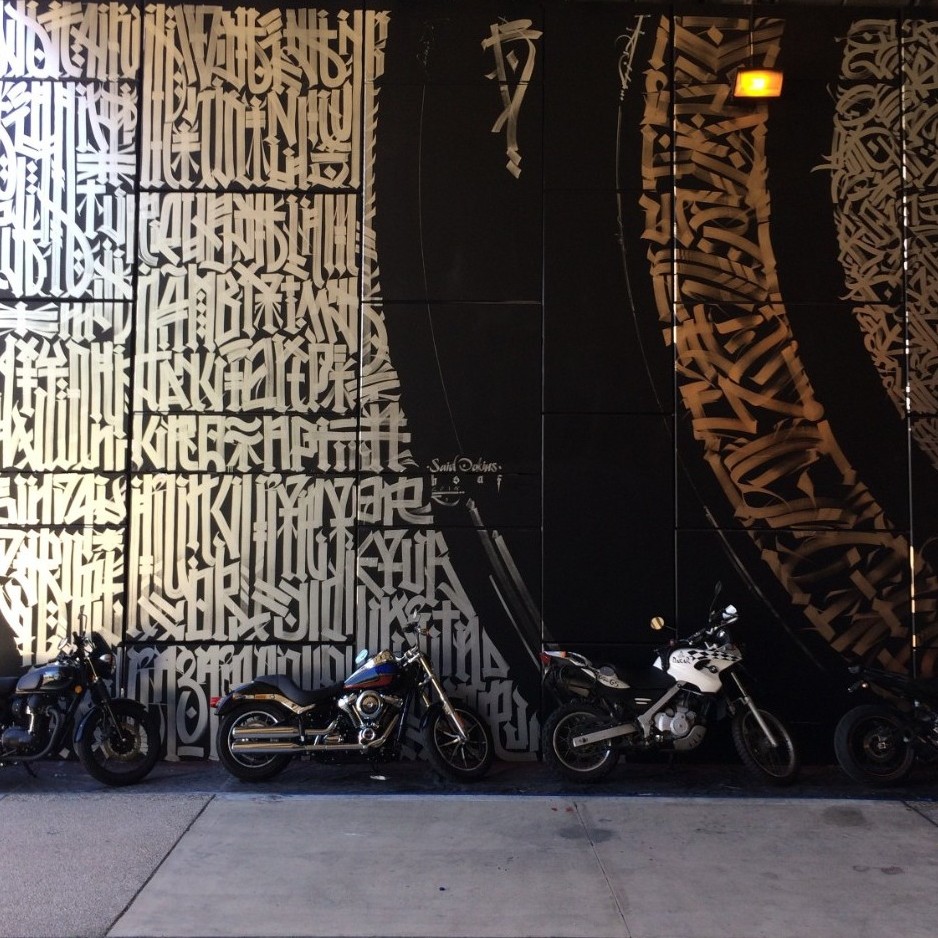 Through a composition inspired by Indigenous engagement and cultural expression, I made this calligraphic piece that references approximately 125 Queensland Indigenous languages, most of them considered endangered. On the same wall it includes the name and the stories of people I met in Brisbane, creating a collective history, where the words that describe nature and cultural diversity intertwine with colonial and globalization references.
This history represents the aboriginal ghostly inscription that circulates between the past and the present. 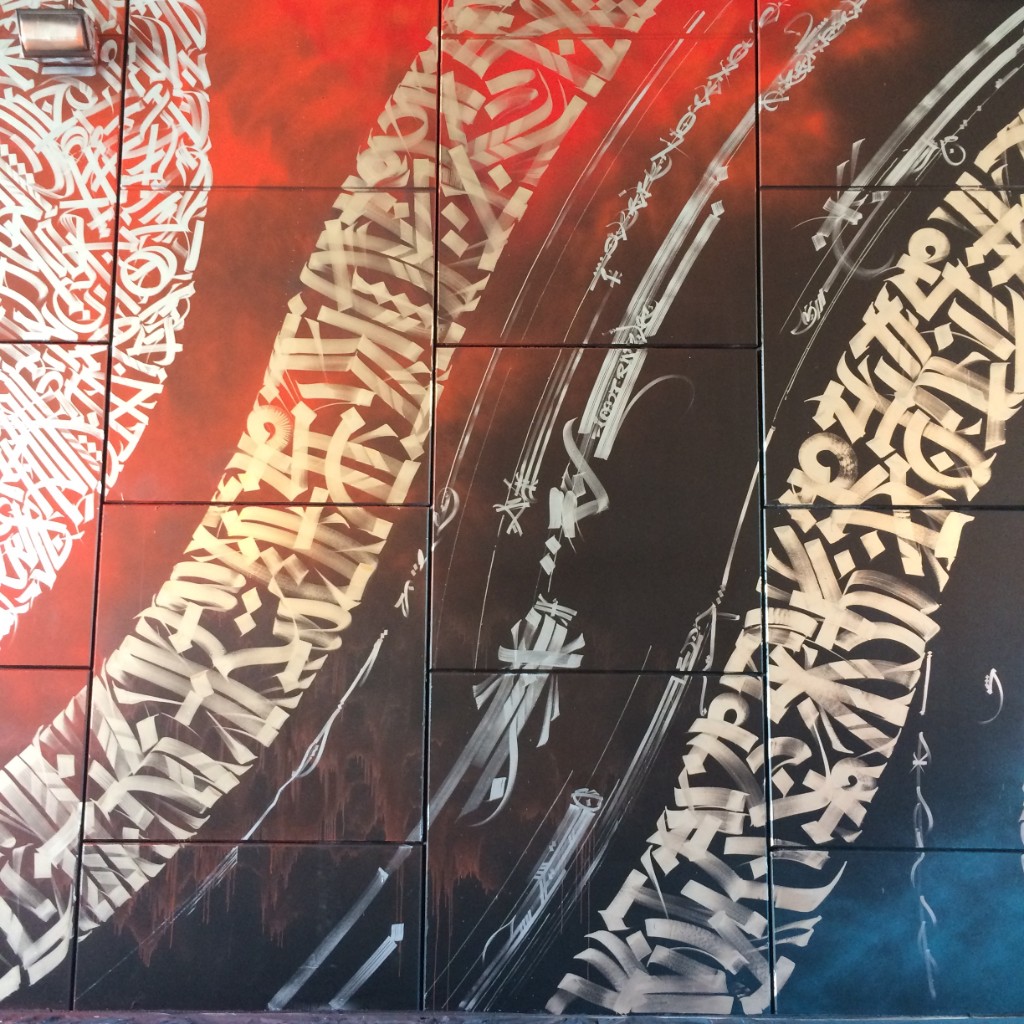