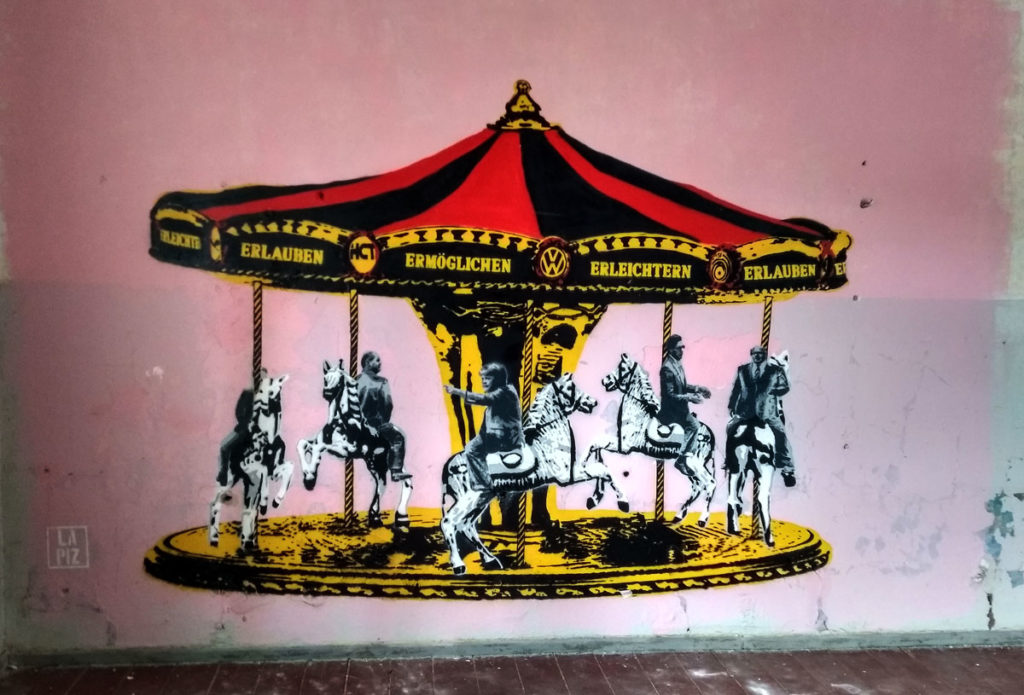 Just like for many of us, for German artist LAPIZ, the climate emergency is one of his greatest concerns at the moment and he was looking for a way to channel it in a piece of work. While spinning ideas during a recent commissioned piece the word “carousel” came up and after thinking about it a bit he came up with an idea – the “Climate Carousel (Klima-Karussell)”. 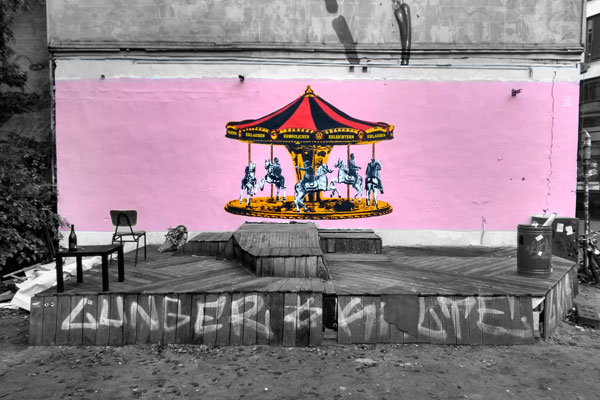 LAPIZ lives in Germany, the country of car production, home of the VW-scandal, coal country and indecisive politicians.  In his own words he explains:

”The government recently formed, what it called, the Climate Cabinet, a special task force to tackle the climate emergency….but they are failing. They made it clear that when it comes to global warming they want to “allow, encourage and enable” the people to do the right choices instead of regulating the industry.” 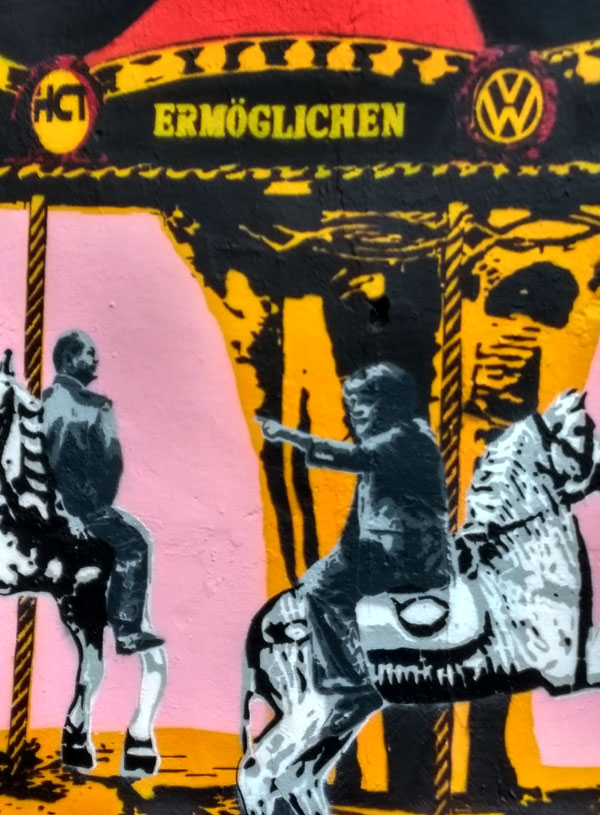 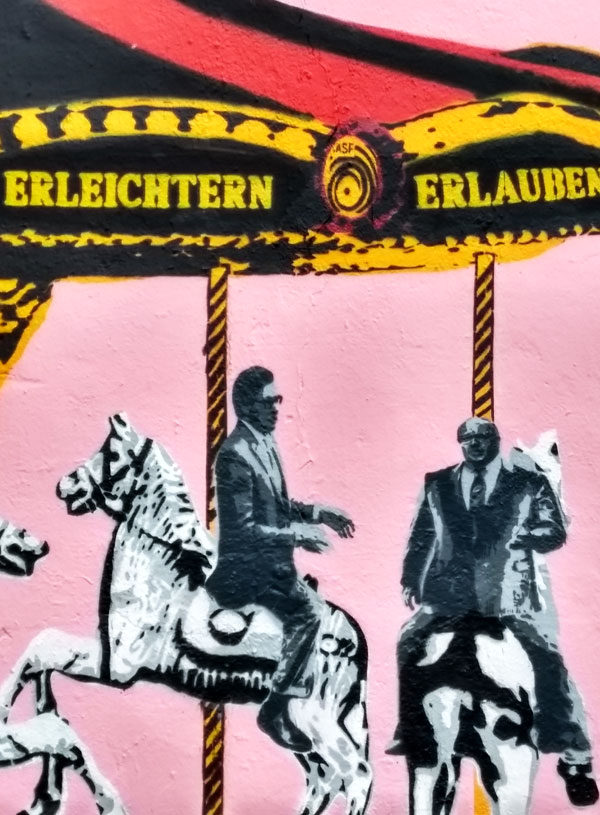 ”All this I tried to put into one motive. Riding the horses of this circus are Chancellor Angela Merkel, the Minister of Finance (Olaf Scholz), the Minister of Economics (Peter Altmeier), the Minister of the Environment (Svenja Schulze) and the Minister for cars, sorry for Transport (Andreas Scheuer). The logos are of the five biggest producers of CO2 in Germany (RWE, Lufthansa, Heidelberg Cement, BASF and VW).”

”I had the opportunity to paint this motive twice already. First, as part of the artbase  street art Festival in an old asylum for the insane (fitting) in Domjüch which is half-way between Berlin and Rostock and which is open to the public. The second wall is at the Gängeviertel in Hamburg, right opposite the Facebook headquarters (which I also find very fitting).”