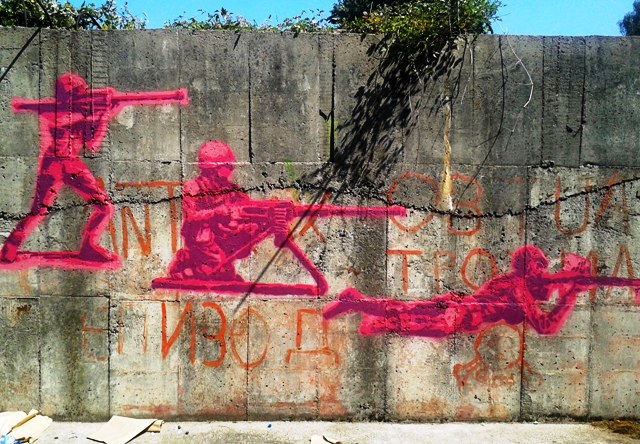 Street artist LAPIZ recently painted during a small festival in Bulgaria – “ArtFest Berkovitsa“, a 2 hour drive to the mountains outside of Sofia. The main paint location was a ruin of an observatory, that the communist regime abandoned some 25 years ago.  Lapiz painted a corner wall of two groups of toy soldiers facing but not seeing each other. One group painted in baby blue, the other one in bright pink. 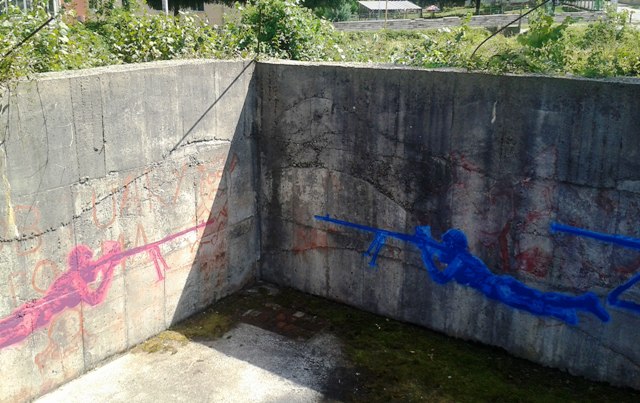 Description:
The toy soldiers are an allegory of today’s politics. In general soldiers are sent to war to do what they are told, they do not have an own free will nor do they have the necessary information to know why they are sent there – just like pawns placed on a chess board. The colours should represent the opposite “them” vs “us”. I used the exact same stencils mirrored to emphasize on the similiarities of the two groups. 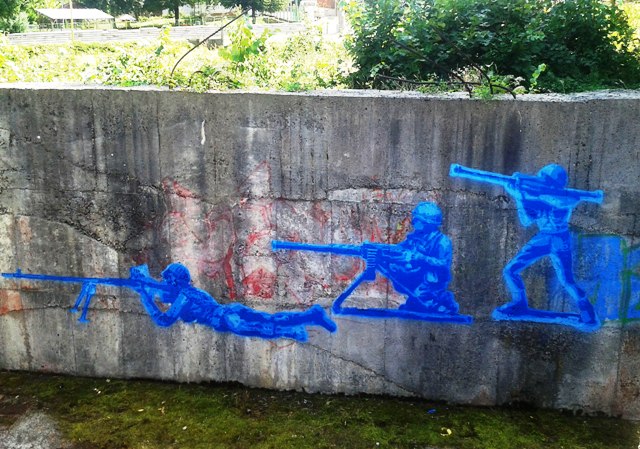 The principal inspiration to paint this piece came from a famous quote by Lyndon B. Johnson: “War is always the same”, which lately has been slightly altered to sell a popular video game (‘war never changes’). But the original quote goes on: ‘(…) It is trying to kill a man that you do not even know well enough to hate (…)”. It is easy to listen to propaganda and divide the world into “black” and “white”, “good” and “evil”. But we are all the same. Real people whose luck decided where we were born and which propaganda is played to us, accepting the hate to destroy the enemy without ever seeing him. 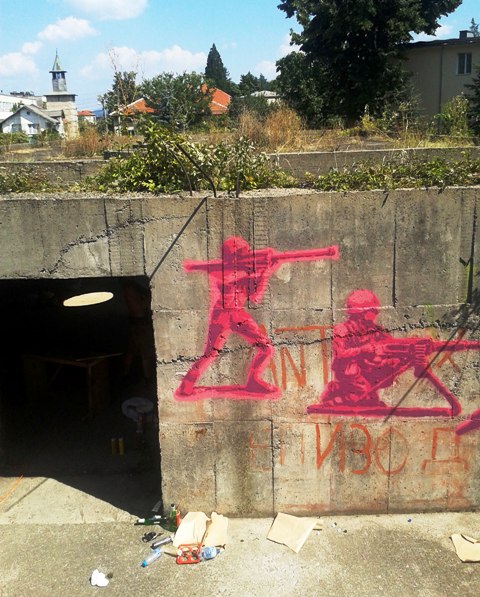