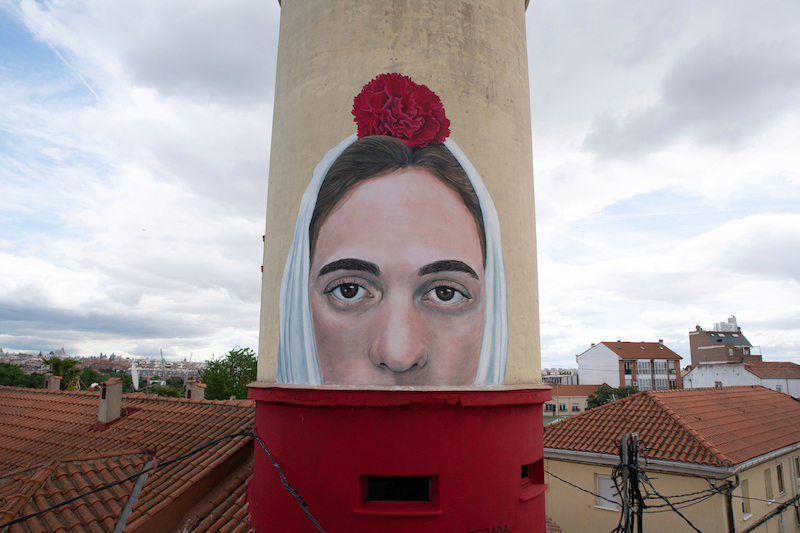 A genuine tribute from Jorge Rodríguez-Gerada to the local associationist movement of the San Isidro neighborhood in Carabanchel (Madrid).Some days ago, the neighbors of the historical Tercio y Terol Colony, located at the San Isidro neighborhood of the Carabanchel district in Madrid, have got one more reason to feel proud of their achievements after years of legitimate fights and vindications in the streets.

An impressive ‘chulapa’ of contemplative look raises in the tower of the Ancient Water Tank at Amalarico street, 7th, just close to the Hogar Bar, the main meeting point for the families who live in the area. The ‘chulapa’ outfit is a typical custom dress from Madrid’s 19th century. Some women wear it even nowadays during the local San Isidro popular holidays. 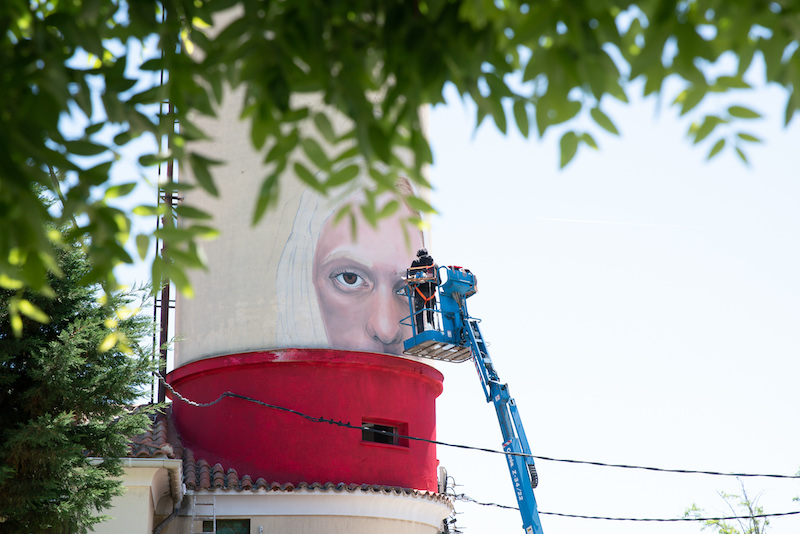 The artist behind this piece is Jorge Rodríguez-Gerada, who landed in the capital of Spain just after arriving from New York where he created the biggest mural ’til date in the Big Apple, a collaboration with Street Art For Mankind and United Nations’ International Labour Organization, which is a colossal 2290 sqm warning about the consequences of human
trafficking and child slavery. Once in Madrid, Gerada took his committed artwork to this peculiar setting composed of 640 single family homes built during the 1940s while the fascist political regimen of the dictator Francisco Franco was at its peak.

The project, driven by Carabanchel Creativa and curated by Esther Fernández Castelo (Colectivo Mad Clan) in collaboration with the General Ricardos Neighborhood Association and the European Institute of Design is part of a series of cultural actions in order to activate several spaces in this area of the city which has been traditionally forgotten by the local authorities. 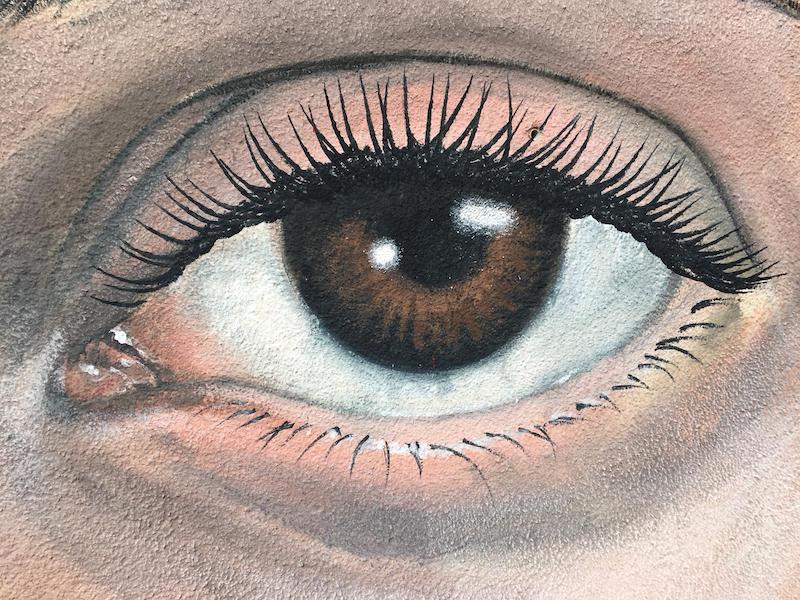 La Chulapa, whose creative process took place during one week when the San Isidro local holidays were happening, is a concerned example of public art, done in close collaboration with the neighbors of this historical area of Madrid and also thought as a welldeserved acknowledgement to their labor as a source of positive changes and as a unity generator of the district, running away of the gentrification ghost that threatens some of the downtown parts of the city.

About the artist:
Jorge Rodríguez-Gerada is a multidisciplinary contemporary artist born in Cuba in 1966, and raised in the United States. His work is mainly created at large scale in urban spaces around the world such as the United States, Morocco, Lebanon, the Netherlands, Argentina, France, the UK, Spain, etc. He was a founding member of the Culture Jamming movement during the early 90s in New York, with the groups ‘Artfux’ and ‘Cicada Corps of Artists,’ altering billboards and advertising on the street. In 1997, he starts his solo career, moving to Barcelona in 2002, where he started his ‘Identity Series,’ a series of large scale, ephemeral pieces created using charcoal. From that point on, he begins to develop his ‘Terrestrial Series’ (huge works, also of an ephemeral nature) created on the ground, and of such a magnitude that they may be seen from space. Among his other projects are the ‘Identity Composite Series,’ and smaller-format pieces for the gallery exhibitions such as the ‘Fragment Series’, ‘Urban Analogies Series,’ and the ‘Memorylythics series.’ Since 2009 he has also been the curator of the urban art festival Avant Garde Tudela, in Navarra Spain. Gerada has also collaborated in a numerous cultural projects and exhibitions. 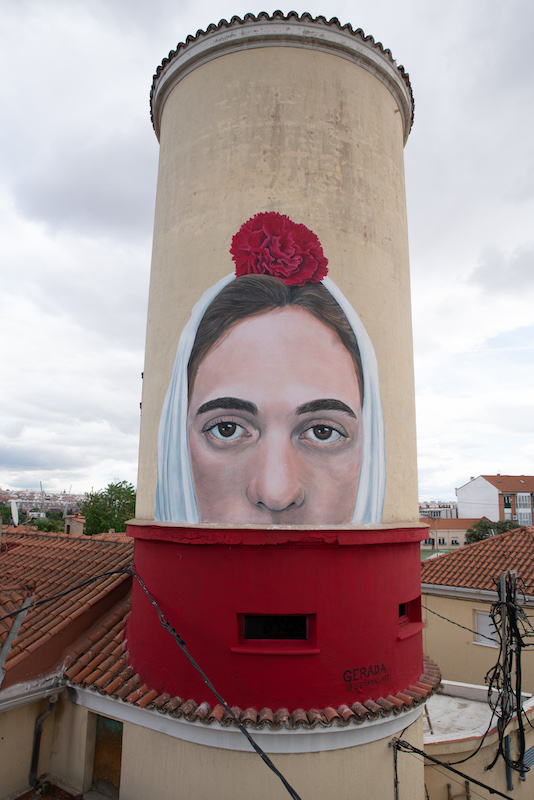