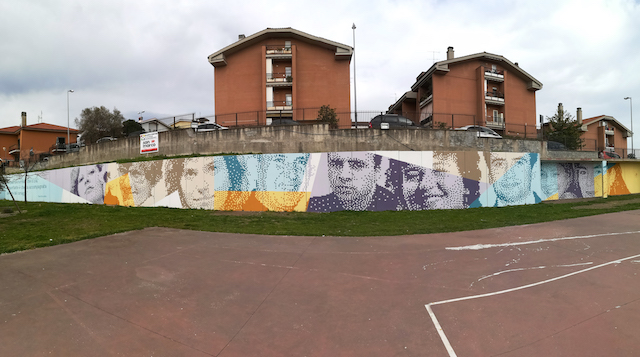 Krayon ‘s last work in Rome was in honor of mafia victims. The Italian artist painted portraits of 9 victims of the Italian mafia on 60m of wall: Renata Fonte, Giancarlo Siani, Rita Atria, Don Puglisi, Don Peppe Diana, Palma Scamardella, Rosario Livatino, Annalisa Durante and Lea Garofalo. The project was promoted and strongly supported by “Libera, Associations, names and numbers AGAINST THE MAFIE” and was realized in Pavona, province of Rome.

A sad page of Italian history told through the pixel art that distinguishes the artist.
From sharp, geometric cuts, thousands of pixels emerge that characterize the facial features of people who, despite their young age, have found themselves fighting the mafia phenomenon with courage.
Soft colors, simple lines and squares intersect, chase and overlap along a surface of 180 square meters.
The final effect is surprisingly realistic.

The overview of the characters is preceded by a message from Paolo Borsellino that can serve as a warning to the younger generation and not only “The fear is normal that there is, the important thing is that it is always accompanied by courage”.

Krayon has involved in the project a class of students from the C.Battisti high school and has received full support from the paint manufacturer San Marco who showed great sensitivity towards the theme. 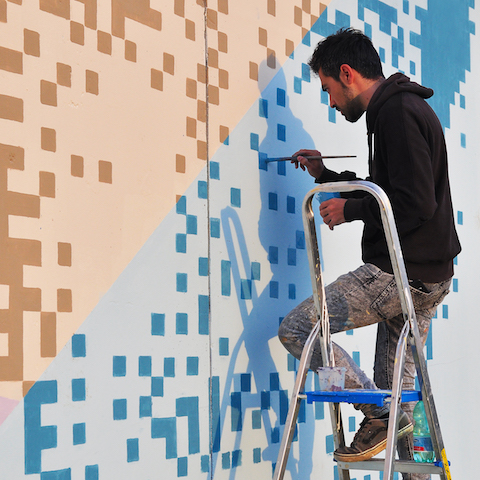 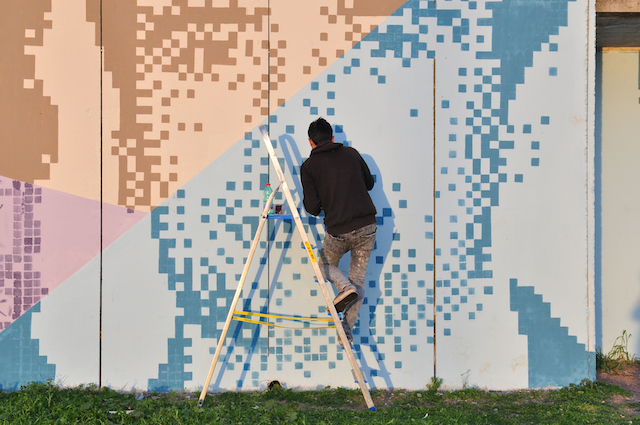