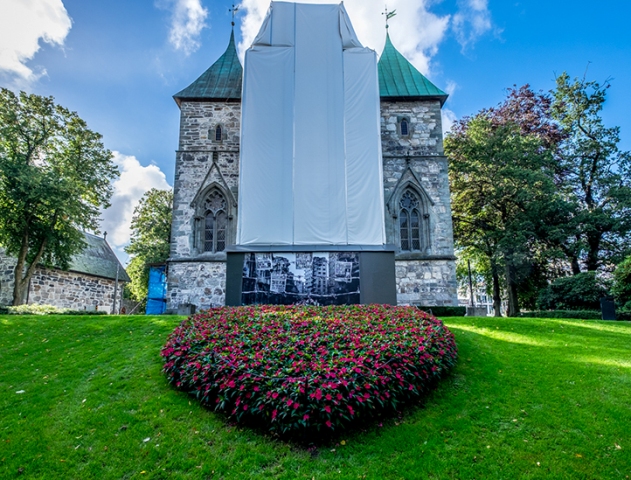 Renowned political art duo Peter Kennard and Cat Phillipps (Kennardphillipps) recently installed a large-scale paste up at Stavanger Cathedral, Norway’s oldest cathedral (completed in 1150). The work, titled ‘In Humanity’, was installed without permission and intended as a gift from the artists to The Norwegian Church in honour of their charitable work with refugee’s. 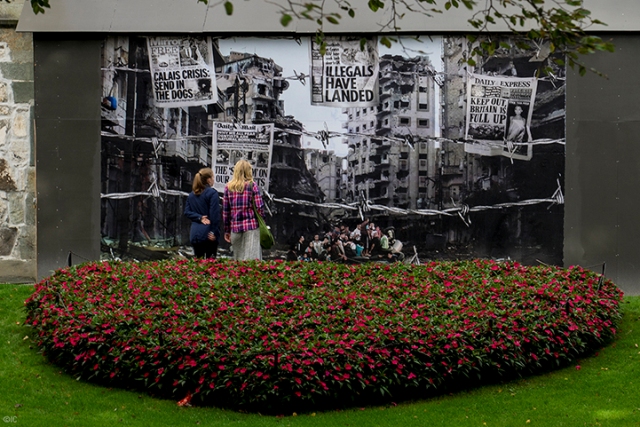 Kennardphillipps are also the featured artists in the Nuart Festival video, which provides an overview of all the work from this year’s event. 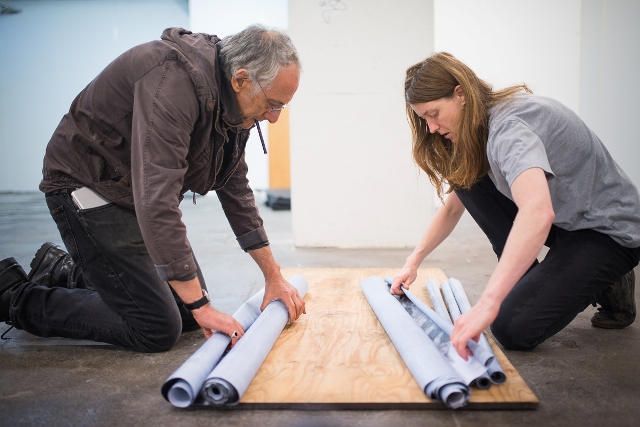 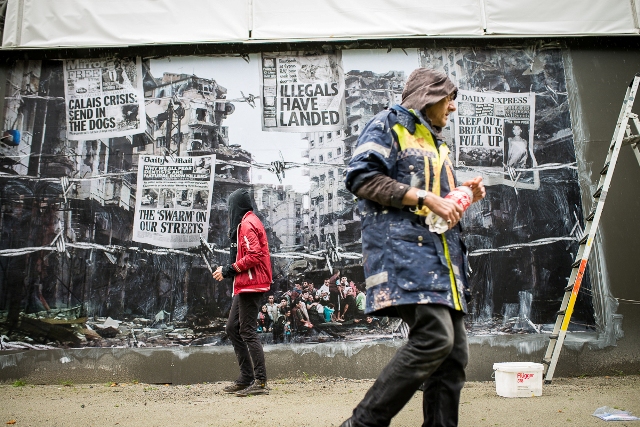 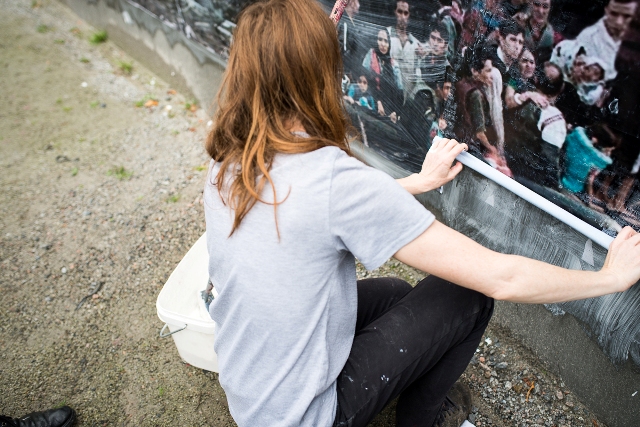 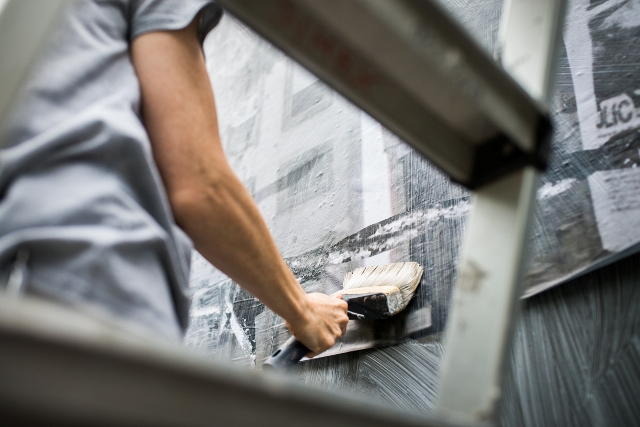 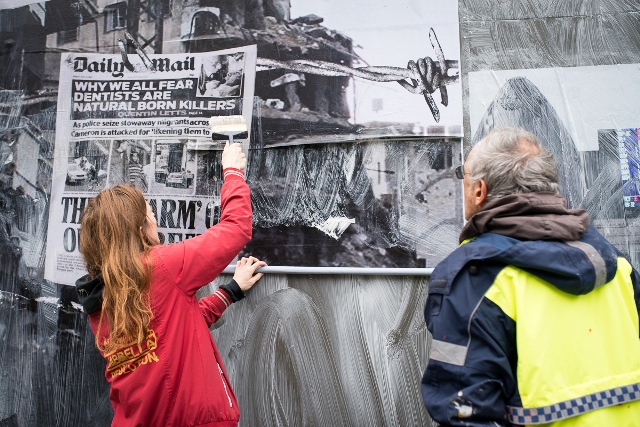 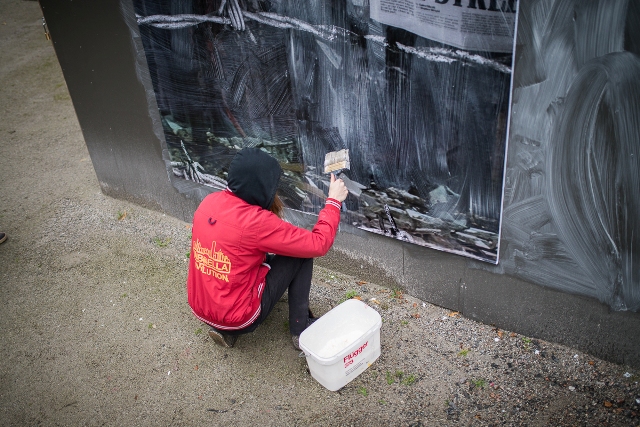 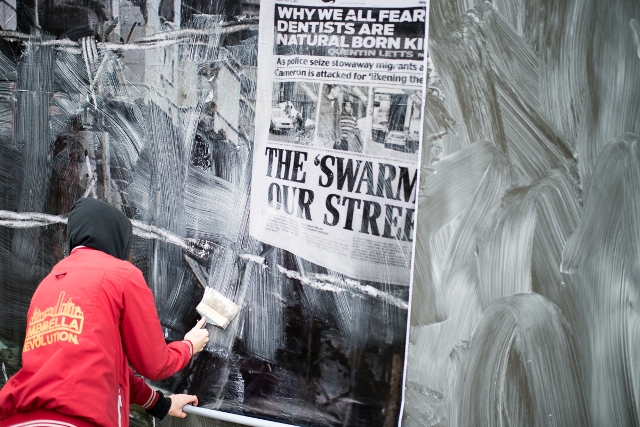 Kennardphillipps is a collaboration between artists Peter Kennard and Cat Phillipps, who have been working together since 2002 when they began producing art in response to the invasion of Iraq. Their practice has since evolved to confront power and war across the globe.

The work they produce is a critical tool that connects to international movements for social and political change. They also lead workshops that help to develop people’s skills and ability to express their thoughts about what is happening in the world through visual means.

In their own words, “We don’t see the work as separate to social and political movements that are confronting established political and economic systems. We see it as part of those movements; the visual arm of protest. We want it to be used by people as a part of their own activism, not just as pictures on the wall to contemplate.”