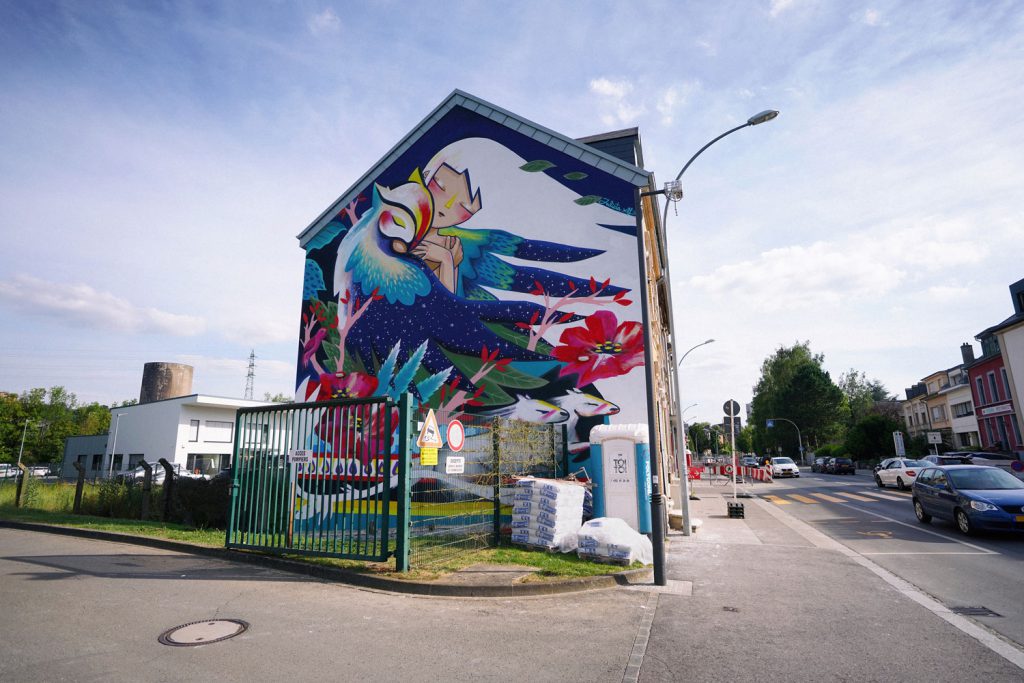 In this Edition of Kufa’s Urban Art Festival we check out the latest work of Spanish artist Julieta XLF and what a cheerful mural she has created on a new Rehabilitation Centre for drug addiction in a small city of Luxembourg. “Recently I was invited to take part at 2018 edition of Kufa’s Urban Art Festival in Luxembourg. The philosophy of Kufa’s Urban Art is based on a bottom-up approach and offers a large range of pedagogical activities in the public space, artistic interventions and open air festivals. The project applies to the whole population, with a special focus on vulnerable social groups. I was invited to paint the facade of the new Centre for Drug Addicts in Esch Sur Alzette were I painted “NICTE-NOCHE” 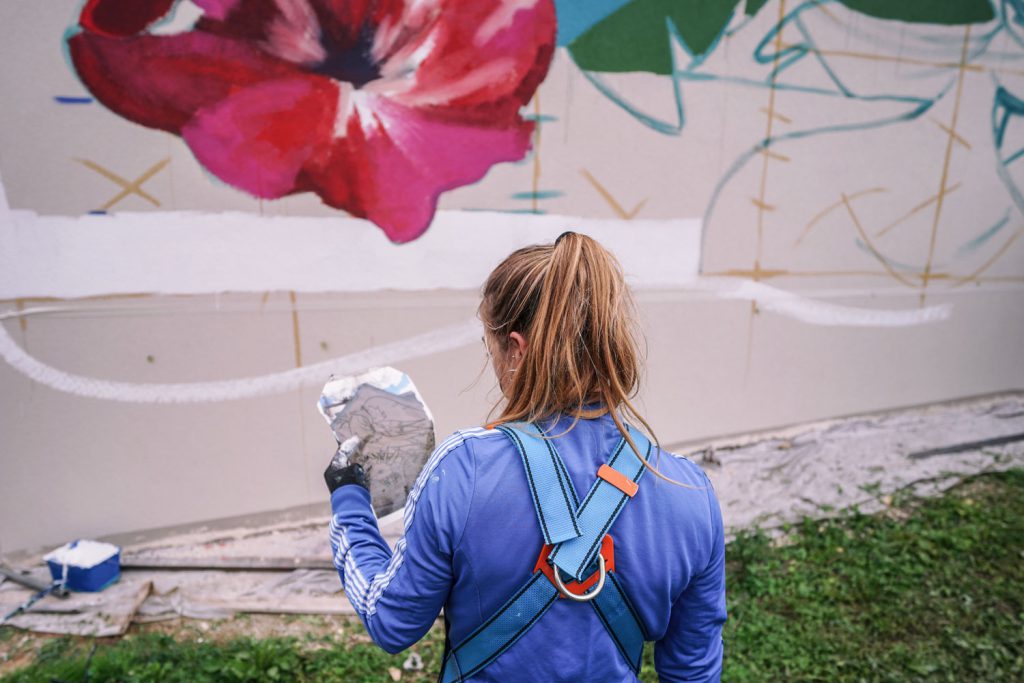 From greek mythology, Nicte (Noche) was born from Khaos and with Darkness conceived the Light and Day. She accompanies in the shadows waiting for a new dawn. The goddess of the night, one of the primordial gods who emerged as the dawn of creation.”

Julia Silla (AKA Julieta xlf), born in Valencia in 1982, has a degree in Fine Arts and a Master’s Degree in Illustration from the Faculty of San Carlos, Polytechnic University of Valencia. At present, he continues experimenting and training in different disciplines what he combines with his work, mural painting. In the world of graffiti is recognized as Juliet and it is also how she likes to be called. 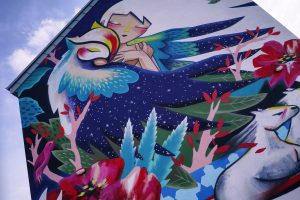 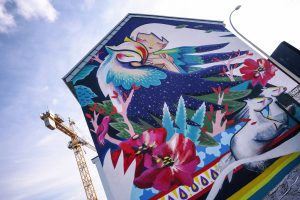 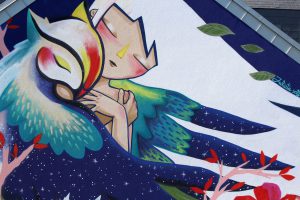 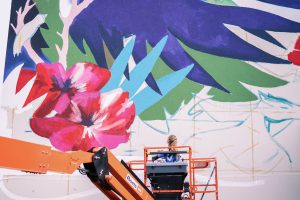 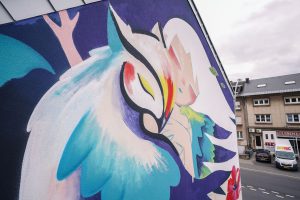 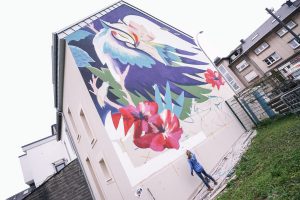 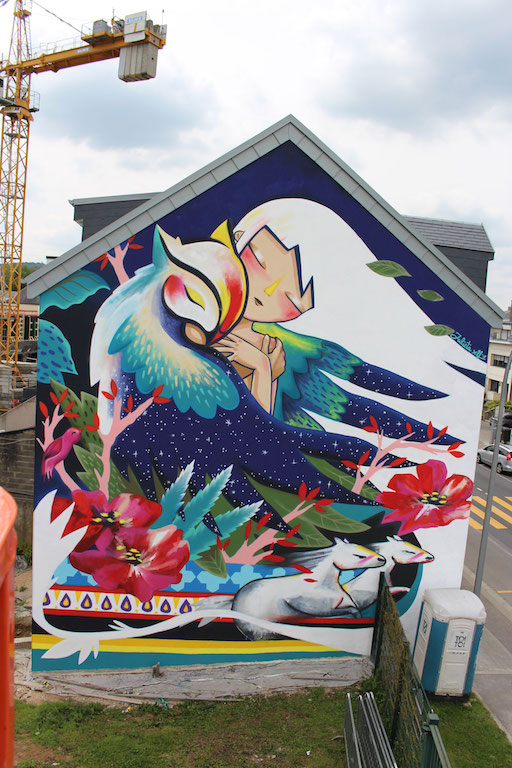 Thank you for this beautiful mural Julieta XLF!