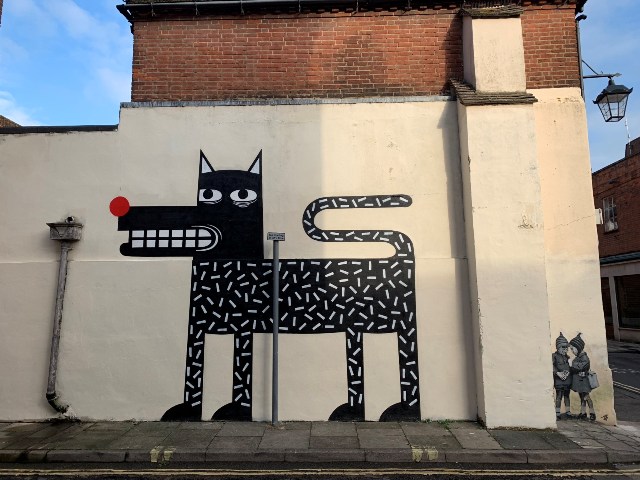 Belgian street artist Joachim recently flew back to Chichester, summoned by the local community to bring back “The King of Cats”, which was unexpectedly removed due to the mural of the cat “attracting anti-social behaviour”.

The 18 ft painting, titled ‘King of Cats’ was painted by street artist Joachim in October last year and stood pride of place in North Pallant, Chichester… Until it disappeared. Joachim was inundated with messages of support from the Chichester community, who informed him that the much-loved “The King of Cats” had been white washed. The removal was a mystery until local paper “Chichester Observer” found out that Chichester Council had issued the removal due to complaints of anti-social behaviour. 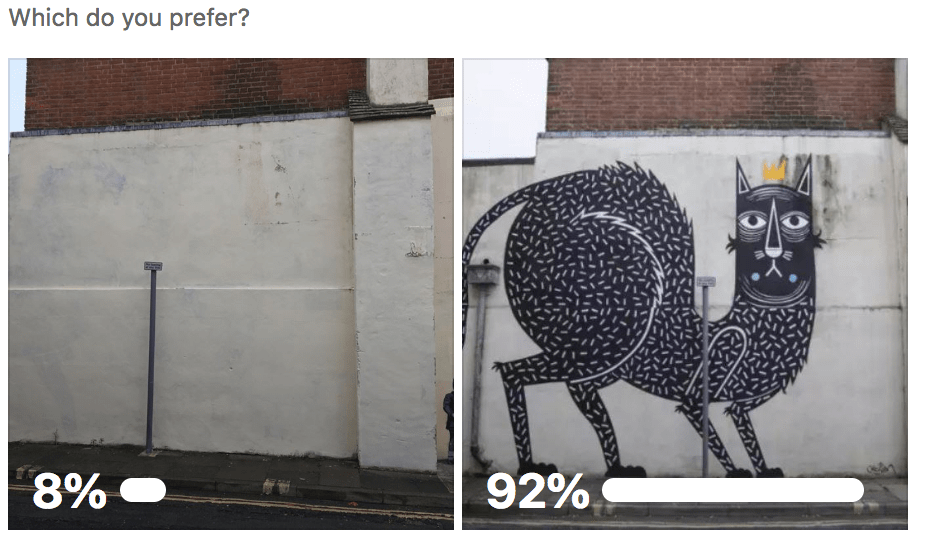 A petition of 62 residents and their opinions can be found here. A spokesman for Chichester District Council said: “Planning enforcement made contact with the owners of the premises following comments from members of the public that the wall painting was inappropriate in this area of Chichester city centre, and that it was attracting antisocial behaviour. The removal created an uproar within the community. How could a mural of a cat cause antisocial behaviour? Hundreds of locals turned to social media to complain. The local news paper, The Chichester Observer setup a poll and asked the people of Chichester whether they preferred a blank wall or Joachim’s mural.

More than 4,000 Chichester residents voted and the response was massive, with over 92% voting for the return ‘The King of Cats” mural. Joachim commented about the removal of his mural … “I know cats can cause all sorts of trouble but to put the blame on a wider social problem on my mural of the ‘The King of Cats’ is just incomprehensible. Across many cities over the world, street art has been known to make a positive impact on a city by further enhancing the city’s cultural status on a global level, bringing further tourism opportunities to the area in the process.” 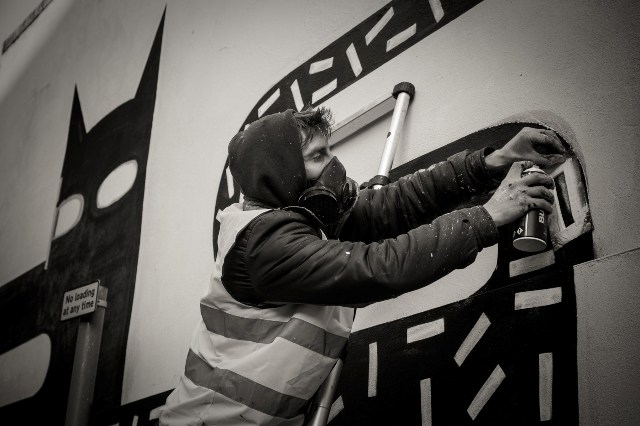 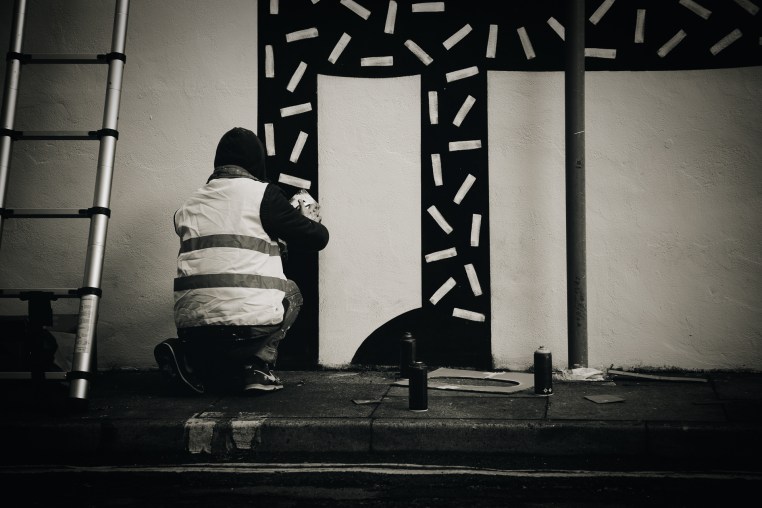 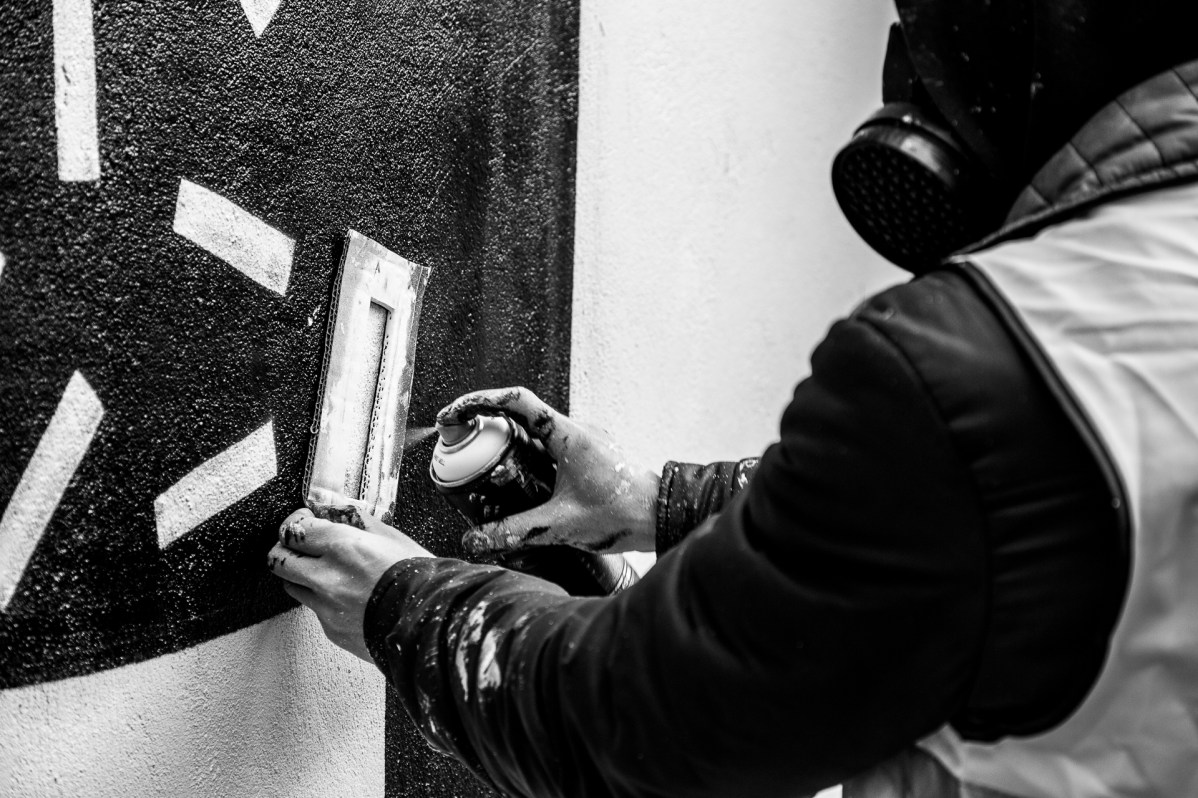 With the call of the local people, and a fresh buffed wall, Joachim flew back to Chichester with the perfect antidote for his mischievous cat and painted “The Watchdog” to keep the neighbourhood safe from the antisocial behaviour. Applying his sense of humour to a senseless act.

Rosh Boroumand, Joachim’s manager and co-Founder of GraffitiStreet.com comments “Joachim recognises the negative impact antisocial behaviour can have on communities and would like to personally apologise for the actions of ‘The King of Cats’. Chichester can finally relax knowing ‘The Watchdog’ will sniff out any antisocial behaviour.” As well as reaching out to the Chichester community, Joachim wanted to do something extra for the community that showered him with support. Whilst Joachim was in the city he spent time at the Chichester Boys’ Club. The registered charity provides a safe and welcoming environment for young people and adults, and offer various programs for young people that include arts, boxing, youth clubs, archery, break-dancing, yoga and flamenco dancing, as well as hosts various adult meeting groups for those of restricted ability. 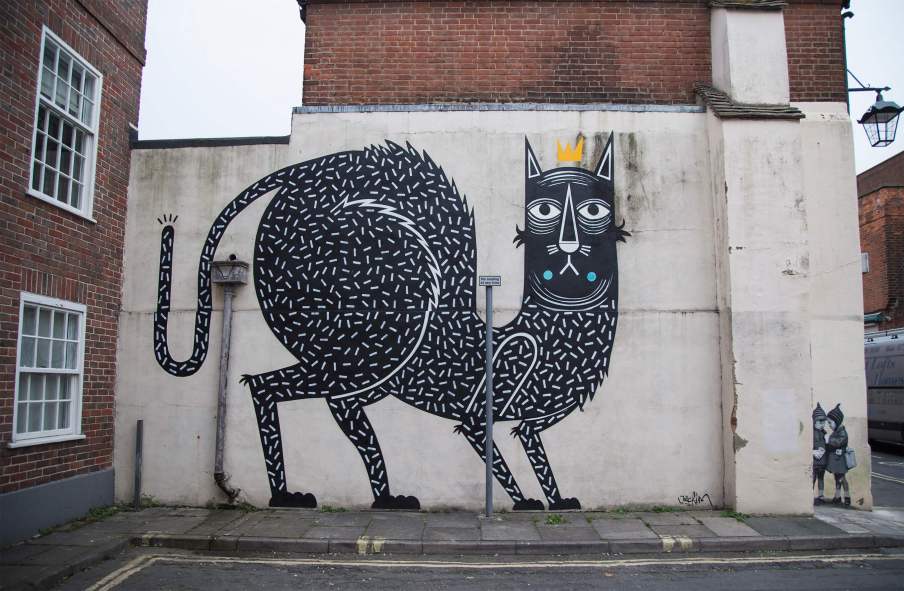 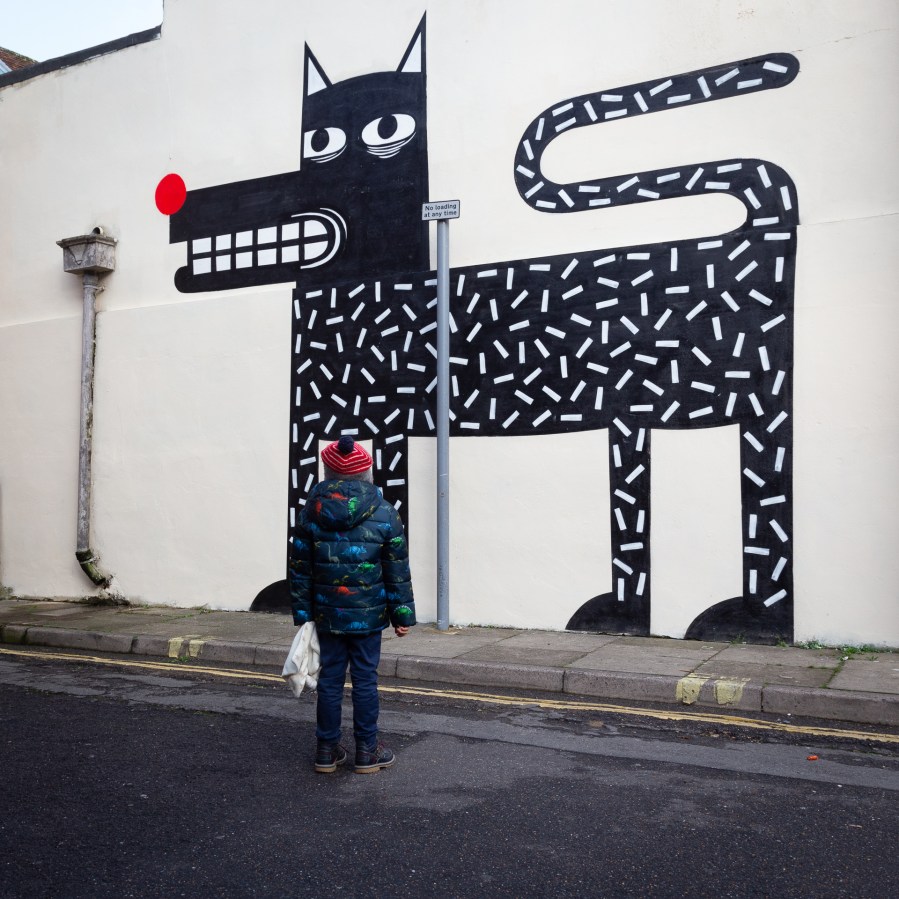 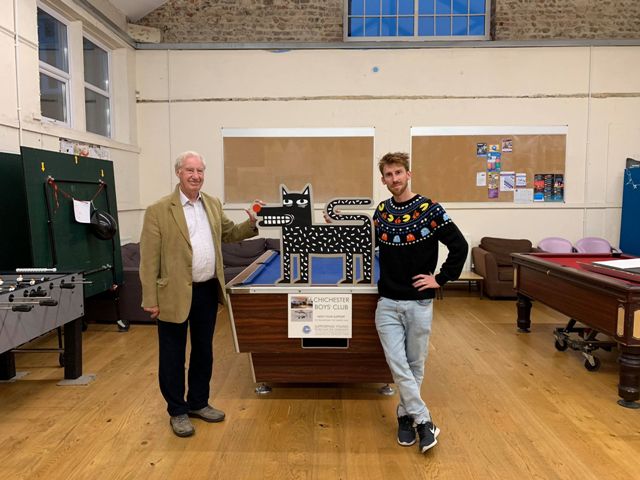 “‘The Watchdog’ is keeping the neighbourhood safe, but it’s the hard work and dedication from these guys at ‘Chichester Boys’ Club’ that really keep young people safe and off the streets. I am honoured to donate a special piece of art for auction and hope we can raise some more needed funds, and awareness for the club”

Read our Interview with Joachim here.