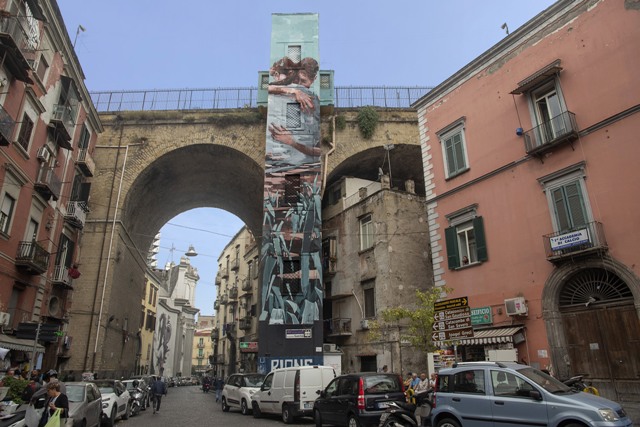 Starting from the research between man and nature, last Jerico Cabrera Carandang’s work takes inspiration and declines the “ La Tenda” LET kids value-theme “Reciprocità”, mixing art and citizens’ suggestions. A huge urban work part of social and artistic project, elaborated for this unic space, is realized all over the city lifter’s walls, which is a gate connecting this cities district. 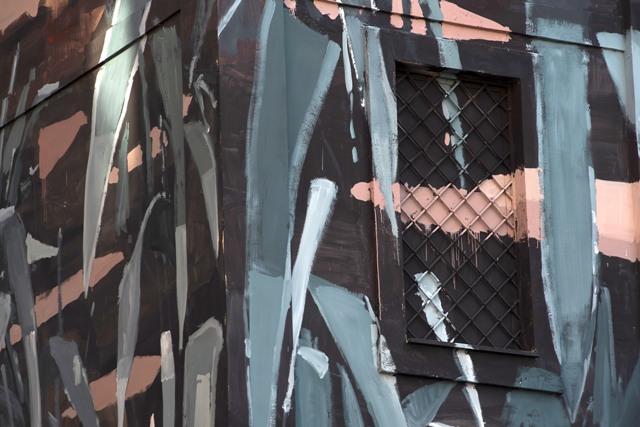 An image stands in Naple’s Rione Sanità, embracing the community with the artist’s poetic in the city center, which drives and holds, protecting. The creative process starts from the research about the context that the artist meet, composing two figures standings alone in a untamable spaces rich of nature, taking influence from the Expressionism and from abstractionism, explores freely the mix between aesthetics and social matters. 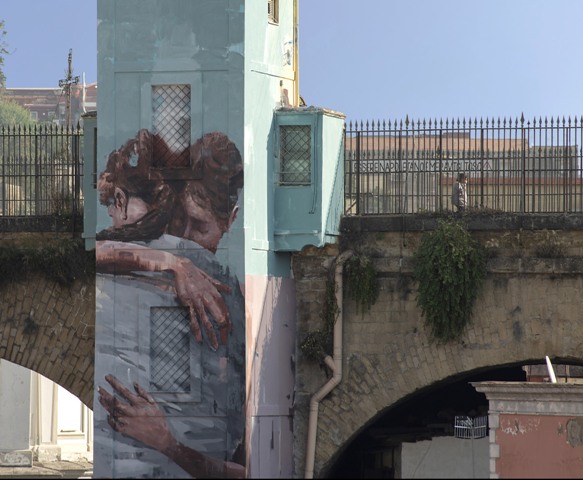 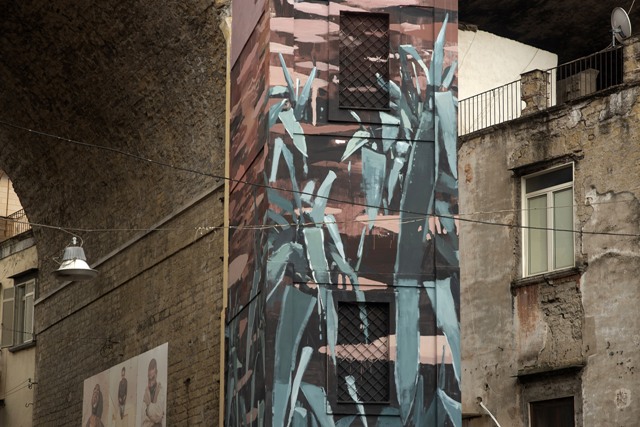 “From skies to earth Jerico’s work reveals the contrast between the chaotic artist’s ways and the harmonic feels that the he pours into. A huge work made from the public feeds, collaborating whit the daily process, shows the artist’s emotions felt during the whole piece. Always dancing with love bounds and broken hearts, shows what we lost and what we still keep.” Elena Nicolini