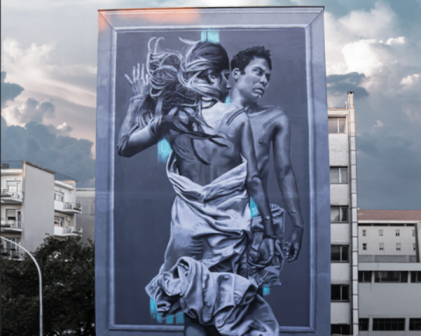 The mural depicts a woman looking into a frame, as a mirror, seeing her reflection as a man. It is designed to create emotional understanding in the process of acceptance in the LGBT+ movement and their surrounding. 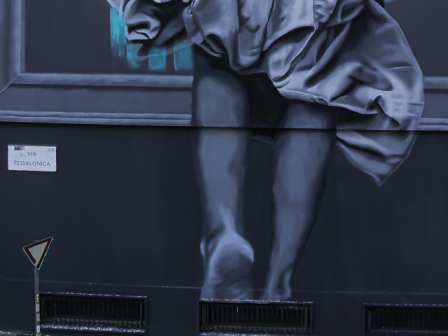 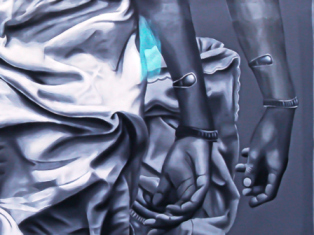 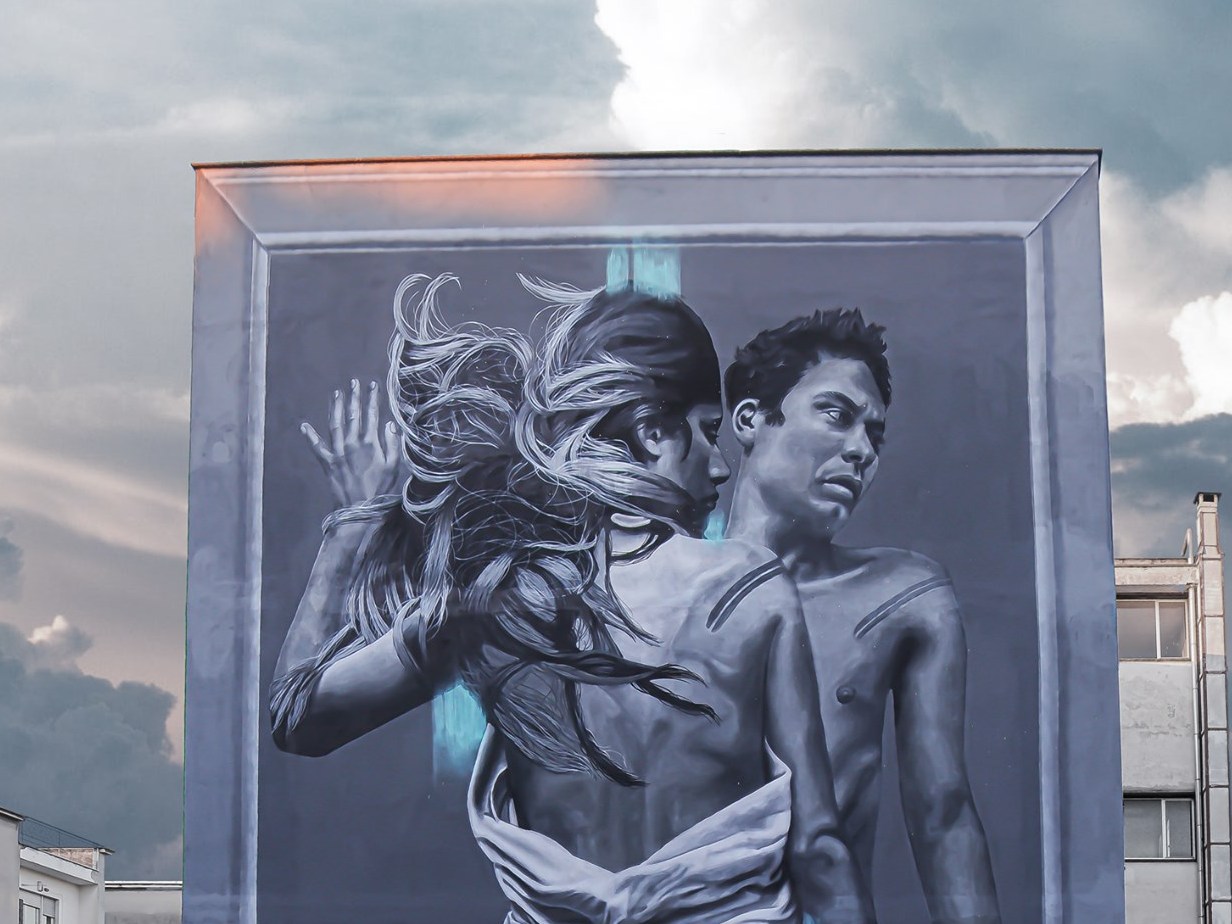 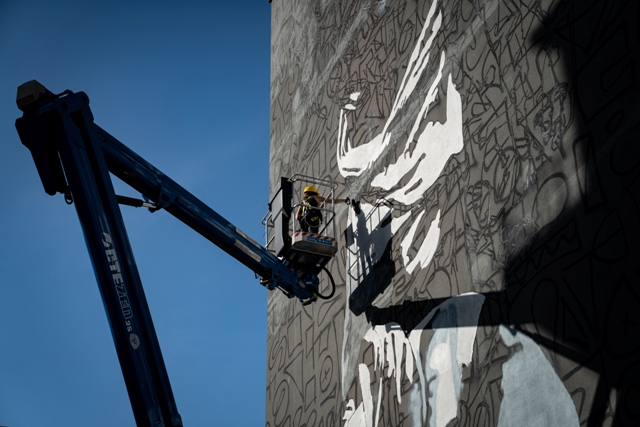 This mural is made out of mixed materials, where the last layer of paint (airlite) is compensating pollution over 52 cars per day.

Dedicated in memoriam of Karl Du Pigné, activist and true leader in the LGBT+ movement in Rome. 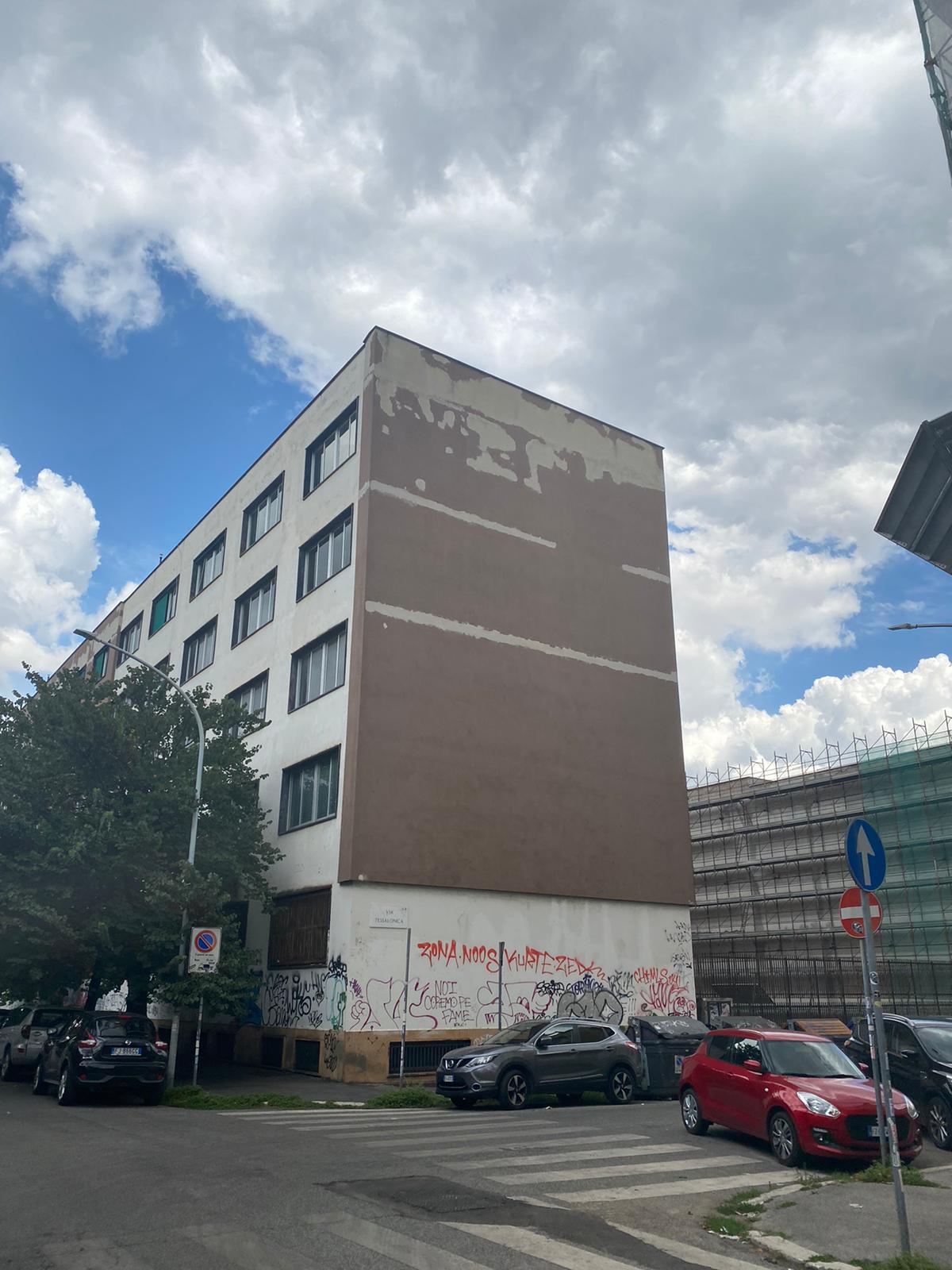 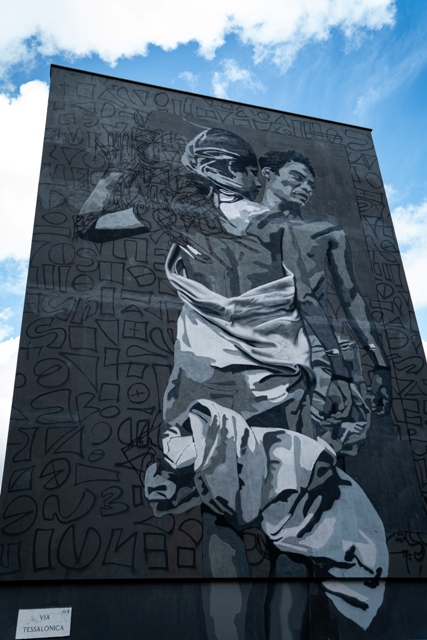 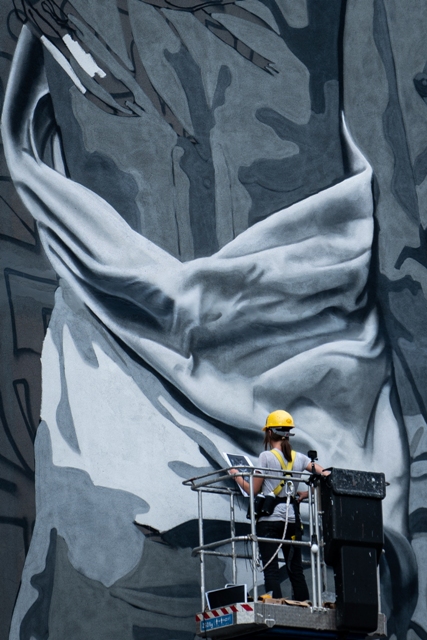 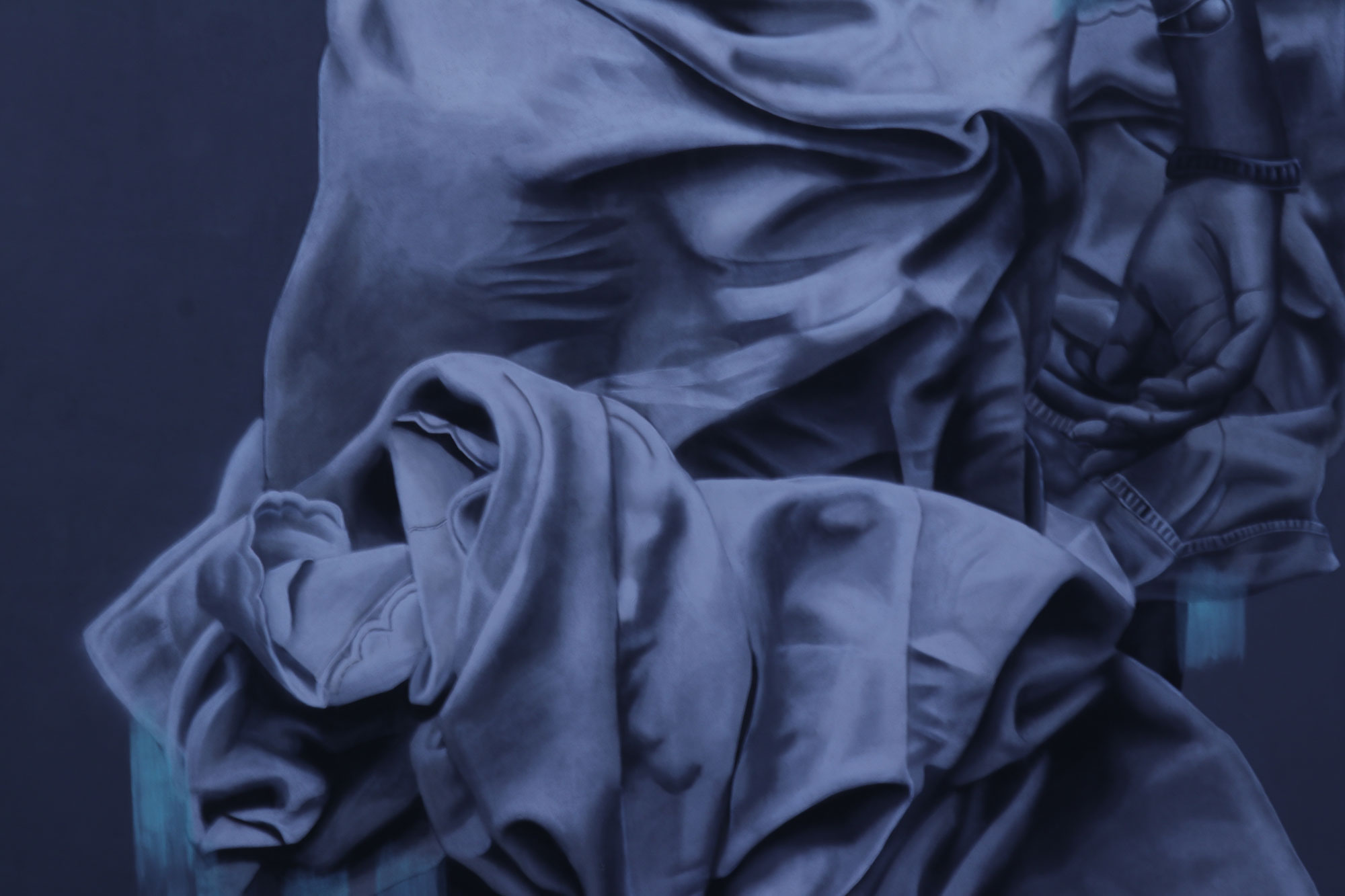 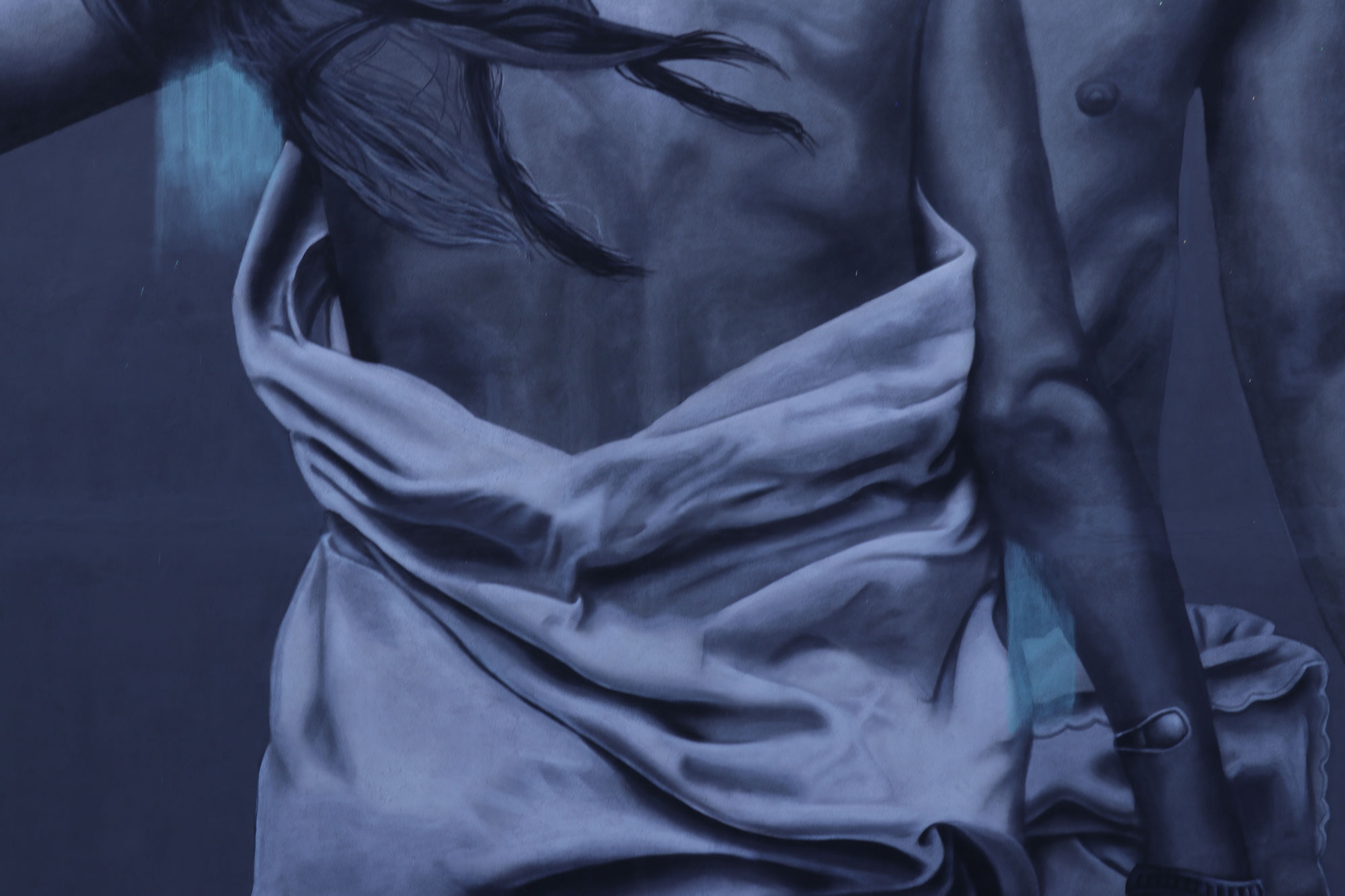 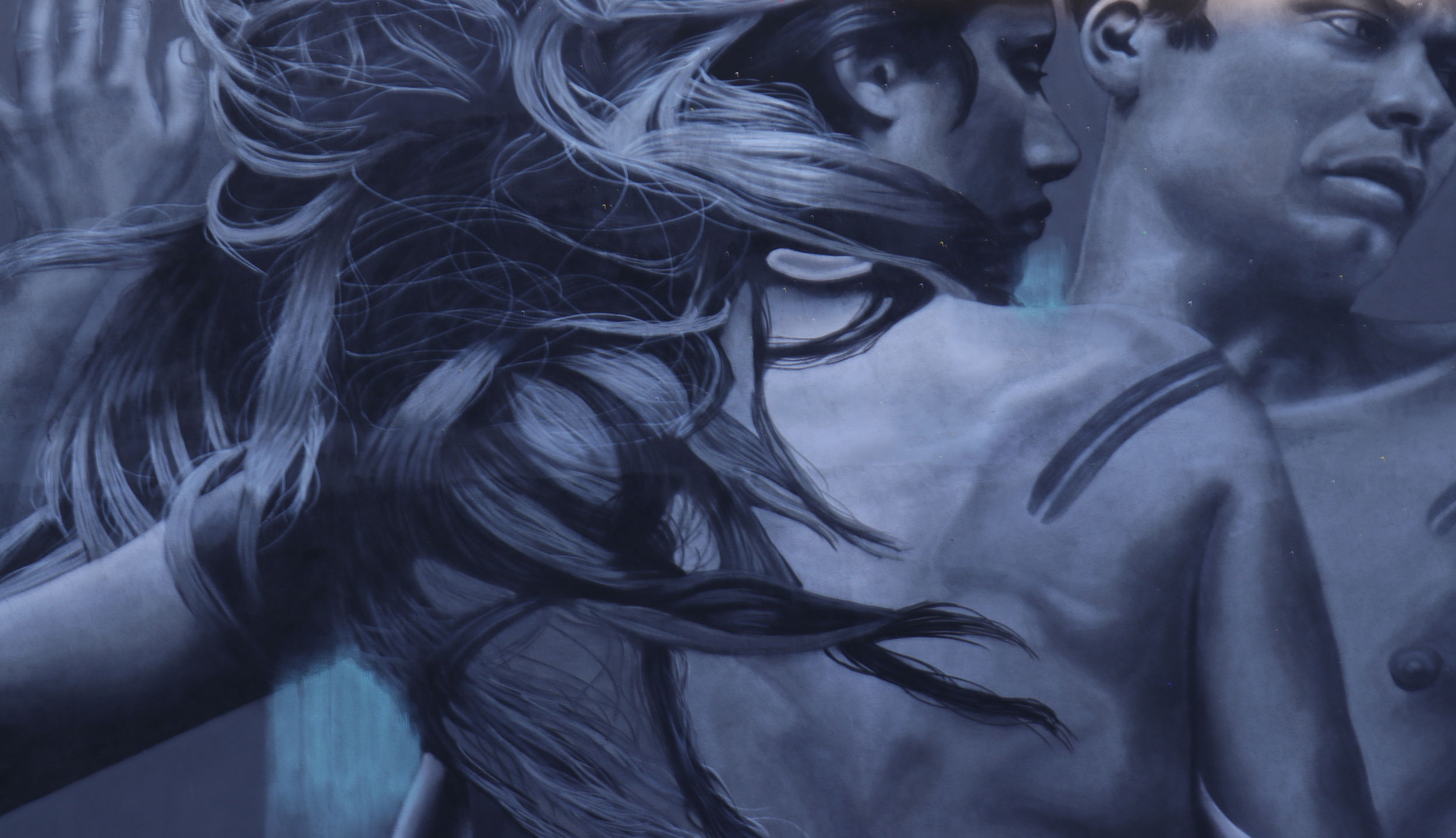 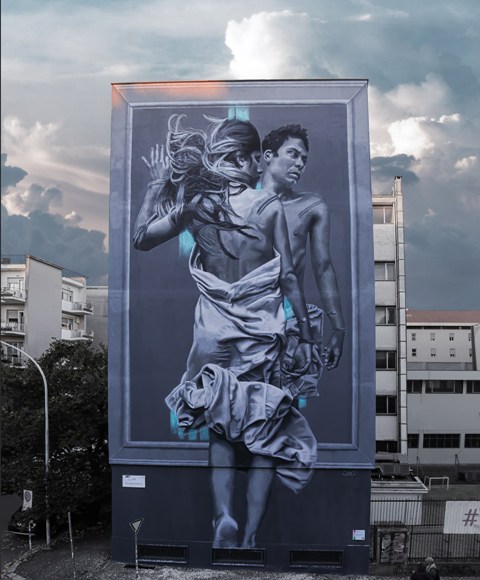 Outside in – for the LGBT+ movement
Location: Rome Centre (Via Tessalonika, San paolo)
Collaborated with @yourban2030

Supported by: Kingdom of the Netherlands, Circolo Mario Mieli and Vladimir luxuria. 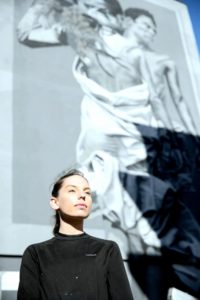 About JDL:
Multiple Award-winning JDL Street art aka Judith de Leeuw started aerosols at the age of 15 as a rebel on the street. She was born and raised in Amsterdam, Netherlands. In 2015 she graduated in Art & Design which was followed by a one-year bachelor at the Willem de Kooning Academy in 2016. Her art evolved quickly, as she became an established artist in a very short period. Currently JDL travels worldwide as an international artist to realise her large-scale murals.

JDL uses her art to translate emotion, but the concepts are deeply themed around her surroundings and social issues. This is also a reason for JDL’s big love for public space. Her projects took her around the globe, including big parts of Europe, Asia, and the United States.