Here it is, The Ultimate F CK blogbook. A collection of the works by internationally renowned artist Flavio Campagna KAMPAH from 2011 up to 2017. This latest edition includes all of his masterpieces during that period, all packed in a rich 300, page A4 size, coloured edition. Take this journey along with its creator with his major stops, the people he has come across through his art, all over the world from London, Rome, Los Angeles, Bali to Sydney. F CK is an artist who uses the stencil technique creating mainly portraits on canvases and all the way up to building facades. His free spirit in combination with his long experience from within the advertising scene brings an explosive result that will get you on your toes! This unique blog book has it all, political satyre, cinema stars, power centered characters including portraits of celebrities, reworked and customized: Gaddafi, Berlusconi, Garibaldi, Obama, Trump, Putin, Schwarzeneger, Jim Morrison, Bowie and many more. In one word its probably the most sexy street art book we ve seen so far!

Honouring our Interview with him (Meet F CK – A life full of stories) – F CK has included it in the book which makes us super proud! Dont miss it. 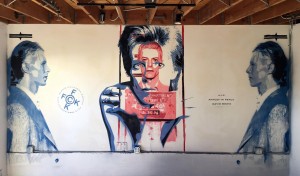 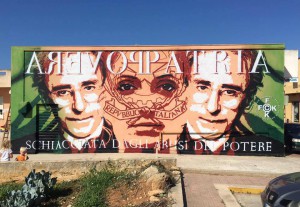 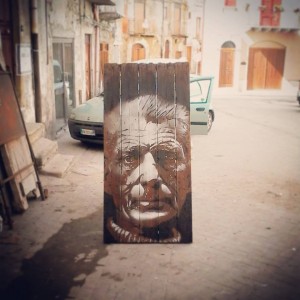 Order your copy now from here. 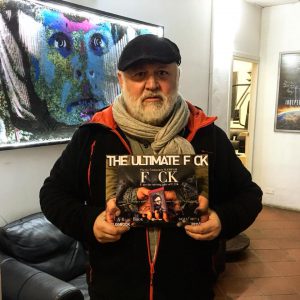 Flavio Campagna KAMPAH is an internationally renowned designer, director, painter, illustrator, photographer and stencil artist who has lived and worked throughout his life in places around the world, starting from his hometown, Parma in Italy, to London, Rome, Los Angeles, San Francisco, Amsterdam, Bali and Sydney. While he was in Los Angeles in the 1990s he was one of the pioneers of motion graphic television, his style and his works for television were of great influence for many modern designers and video directors all over the world. He directed the video “Even better than the real thing” of U2, opened a production company in Venice Beach, directed spots for the largest advertising agencies; received an Emmy Award and one of his ads entered the permanent collection of the Moma in New York. He directed the official acronym of Sidney 2000 and worked with Ridley Scott on the initial sequence of the film “Black Hawk Down”. In recent years he has dedicated himself to painting. He now works full-time as a Stencil Artist around the world including Art Shows, Exhibitions, Private Commissions and Artistic Residences.