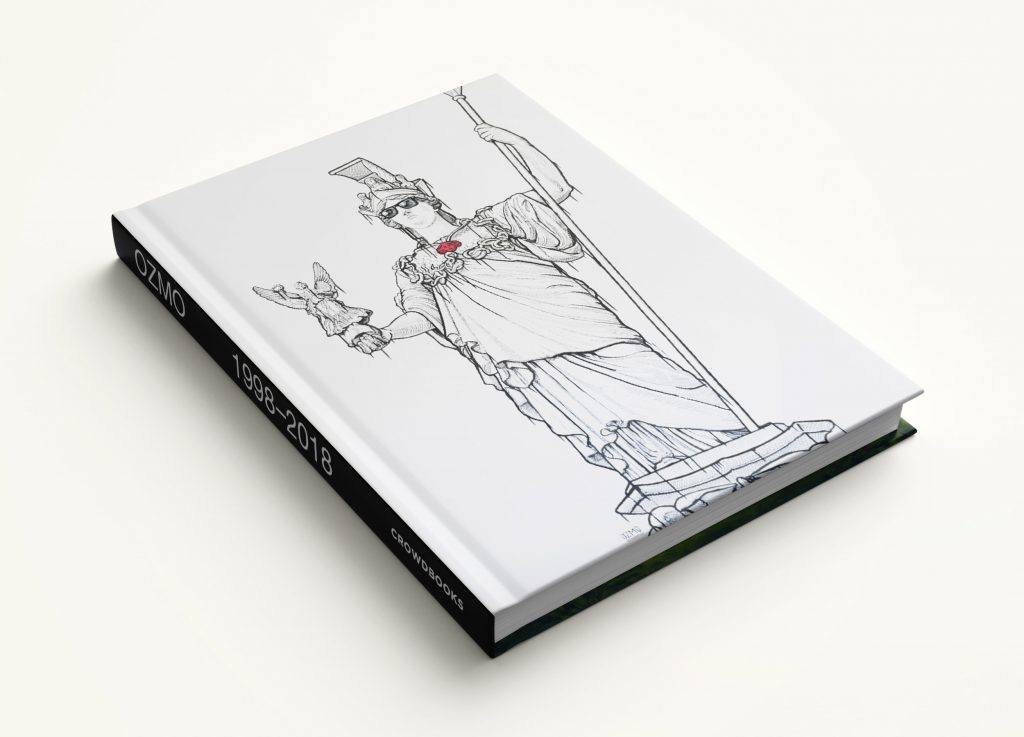 OZMO 1998-2018 is 248 pages that tell the story of the evolution of an artist, of a generation of Italian artists and the history of an avant-garde. It is both book and visual work, to collect and consult, with a strong aesthetic impact.

From Graffiti to muralism, from art galleries to museums, Ozmo’s artistic career highlights and reveals that of a handful of artists who, in the streets and their dynamics, found the origins of an expressive form, one that has become so informed and recognisable that it demands to be read on the social, political and artistic level.

Halfway between an elegant and reasoned journey of images, edited by the studio nationhood.it, and a technical tool for establishing and delving into the artist’s work, Ozmo 1998-2018 includes 5 critical texts, which revisit 5 themes identified by the curator Francesca Holsenn, that allow us to conceptually immerse ourselves in Ozmo’s work. Illegality, symbol, system, image and the relationship between pop and élite are the themes developed by Pietro Rivasi, Alessandro Benassi, Alessandro Giammei, Cyrille Gouyette and Pierluigi Sacco, respectively. These authors have elicited in Ozmo’s work a third dimension that must still be thoroughly investigated. 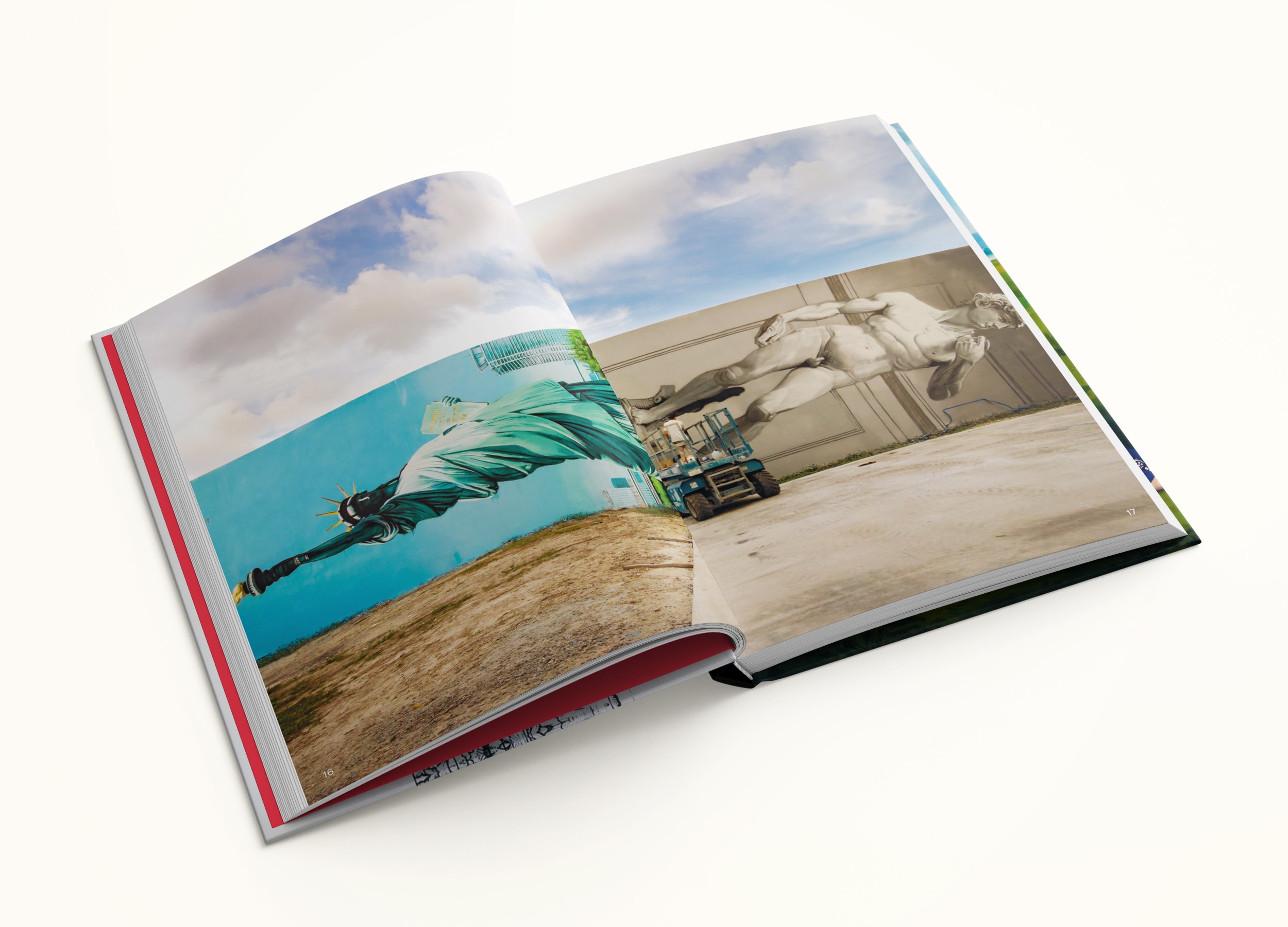 Piero Rivasi tells us about Ozmo’s early work, as he went from being an illegal Writer to a pioneer of Italian Street Art. Alessandro Benassi provides an in-depth analysis of the importance of religious, esoteric and archetypical symbolism in the artist’s work. Alessandro Giammei highlights Ozmo’s conflicted and paradoxical relationship with the system. Cyrille Gouyette proposes a fascinating reinterpretation of the relationship between Ozmo’s work and Street Art itself through the use of the power of images, while Pierluigi Sacco includes it in the debate on the meaning of new muralism and its relationship with traditional art. The 24×32 cm volume has a hardbound cover. It is both book and visual work, to collect and consult, with a strong aesthetic impact. 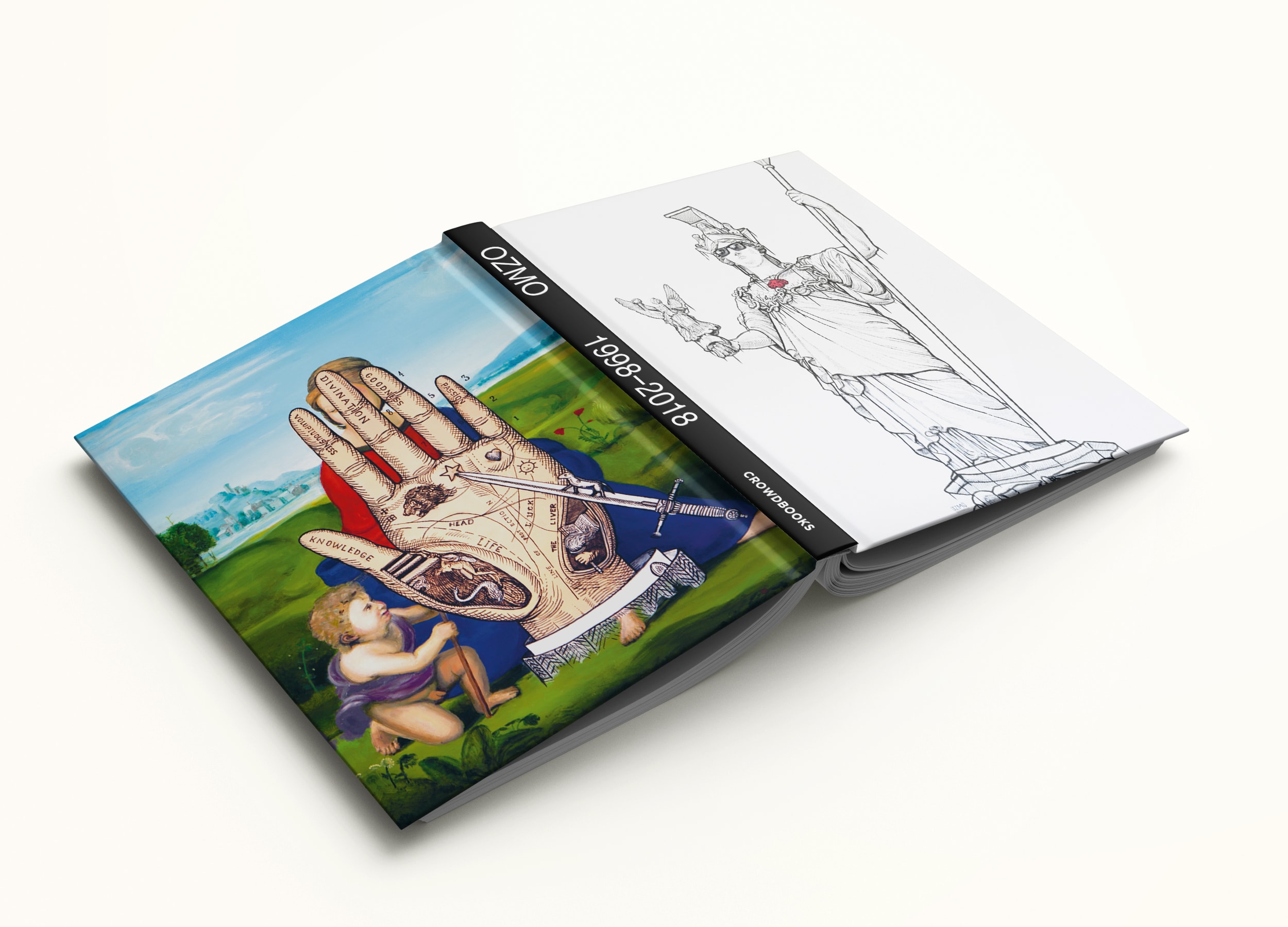 The monumental nature of Ozmo’s murals naturally pours into the double pages that almost fully bring on the vertigo one feels when enjoying his works live. Archive research for material has made it possible to publish images that lead us directly into the artist’s studio in various contexts over time, treating us to fresh and intimate moments of his work. But it doesn’t stop there.

The opportunities Ozmo has had to work all over the world, and gather photographic material in each location, enriches the book by allowing readers to travel with the artist, to completely and organically experience one of the most important characteristics of his work: the close relationship that each of his interventions establishes with the context it is placed in. 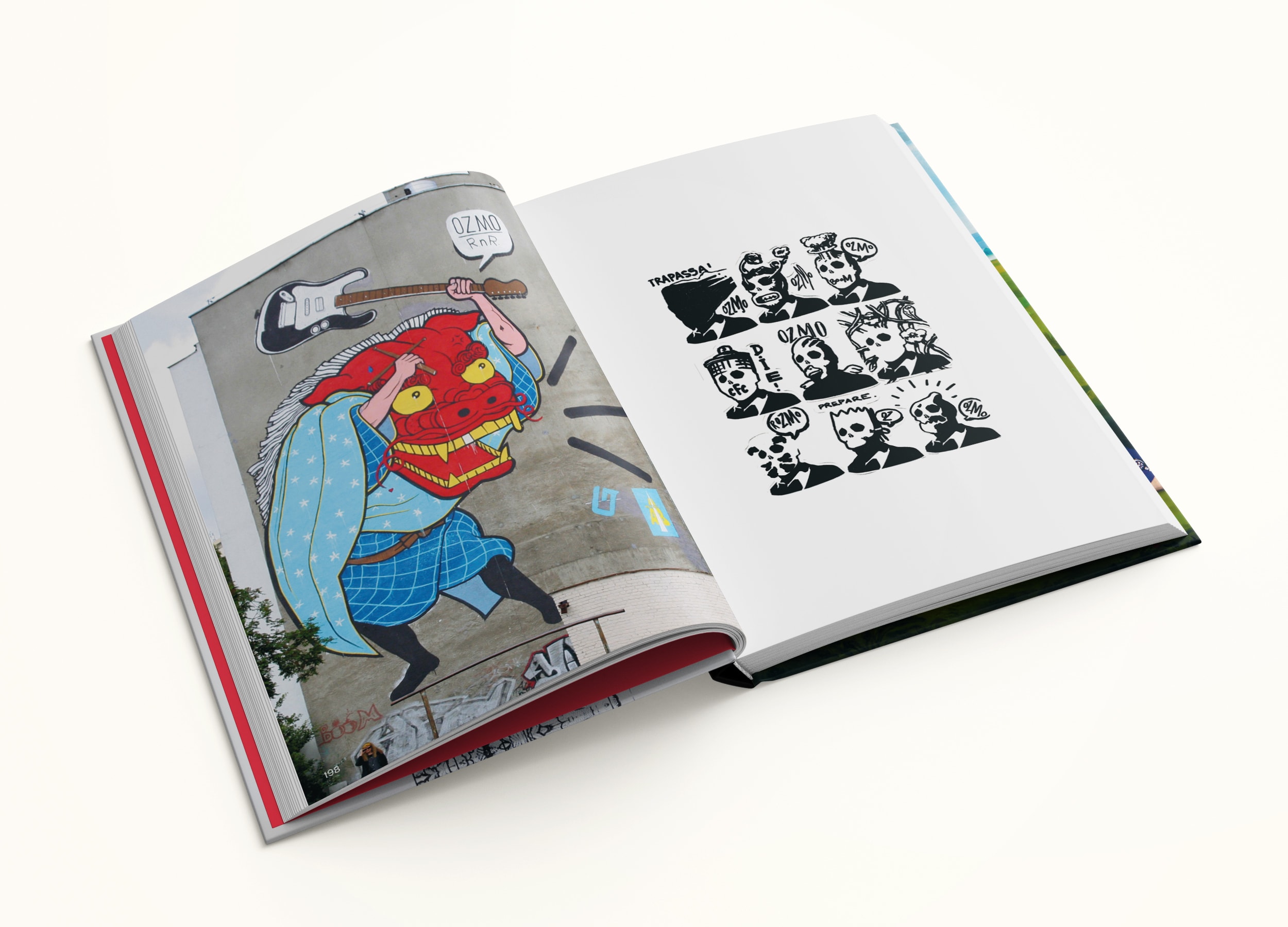 Created with the support of Artrust and Galleria Pack, already available for preorders on the platform Crowdbooks (https://crowdbooks.com/it/projects/ozmo/) in three different versions (basic, limited, collector’s), Ozmo 1998-2018 will be previewed (in Europe) for the occasion of the artist’s first personal exhibit in Switzerland. The exhibit, proposed by Artrust for ‘Street Art Ways’ – the cycle of exhibitions with which the art organisation intends to study the work of a number of contemporary artists who, by following original and innovative career paths, have found new directions for developing urban art – will present a synthesis of Ozmo’s “indoor” production, along with numerous unreleased and site-specific works. Installed in the spaces of Artrust in Melano, it will be open to the public from November 25th, 2018 to February 1st, 2019.