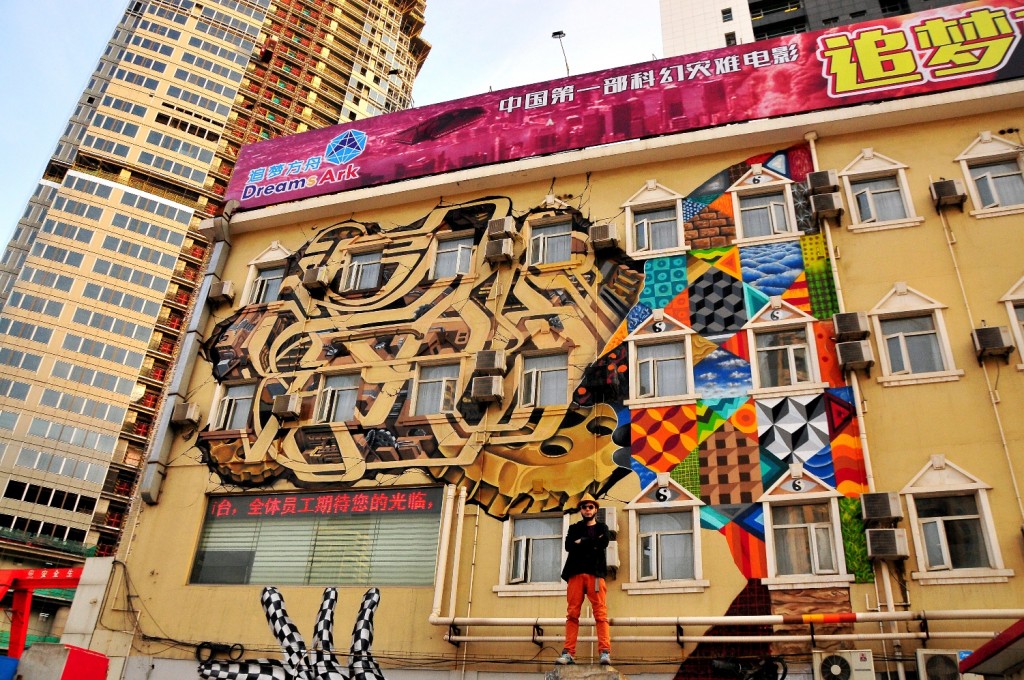 Recently, Obie Platon has participated in mural art projects and street art events across Europe, in Germany, at the Walk&Talk Azores Festival or the Színes Város Festival in Budapest, and even in Shanghai, in November 2014.  In the past years, the work of visual artist Obie Platon has evolved into a thought-provoking, distinct and diverse visual language that currently defines his highly complex murals, his experimental canvases and conceptual sculptures and installations. His artworks are inspired by the platonic geometry and philosophy, but also influenced by Romanian culture, social beliefs and popular imagery. Since he began his artistic activity in 2000, he has developed five different styles and characters, each corresponding to a specific platonic form and element (earth, air, water, fire, and the universe). He is well known for two of these characters, outlined through numerous interventions in the public space: Allan Dalla, the symbol of earth and solid geometry, a mix of kinetic art and surrealism, built out of contrasts, and Pop Prince, the “freestyle” approach, revealing all that is commercial, naïve, aggressive and ironic in the current social structure and human behavior.

Obie Platon, currently based in Bucharest, is one of the most active artists on the local street art scene. He is the founder of the Romanian contemporary art and culture magazine FORMAJE Artfiles, and is currently involved in mural art, film and installation projects.

What the geometry of the building’s architecture reveals is one of Obie Platon’s popular fictional characters, Allan Dalla, a symbol of absolute chaos, of jostle and other aspects of the Shanghai metropolis. Each element is linked to the geometry of the urban architecture, to pollution, traffic, food, vehicles, or rush, that are highlighted through different symbols and patterns. Collaboration with local artist William Chou.

The character is a reflection of the citizen/ tourist in Shanghai and the city’s pollution
issues. The background reveals a dark smoky sky, and the head of the character is pictured
as a power plug that strives to connect to the clear blue sky.
Mother Nature / Színes Város Festival, Budapest, Hungary, 2014 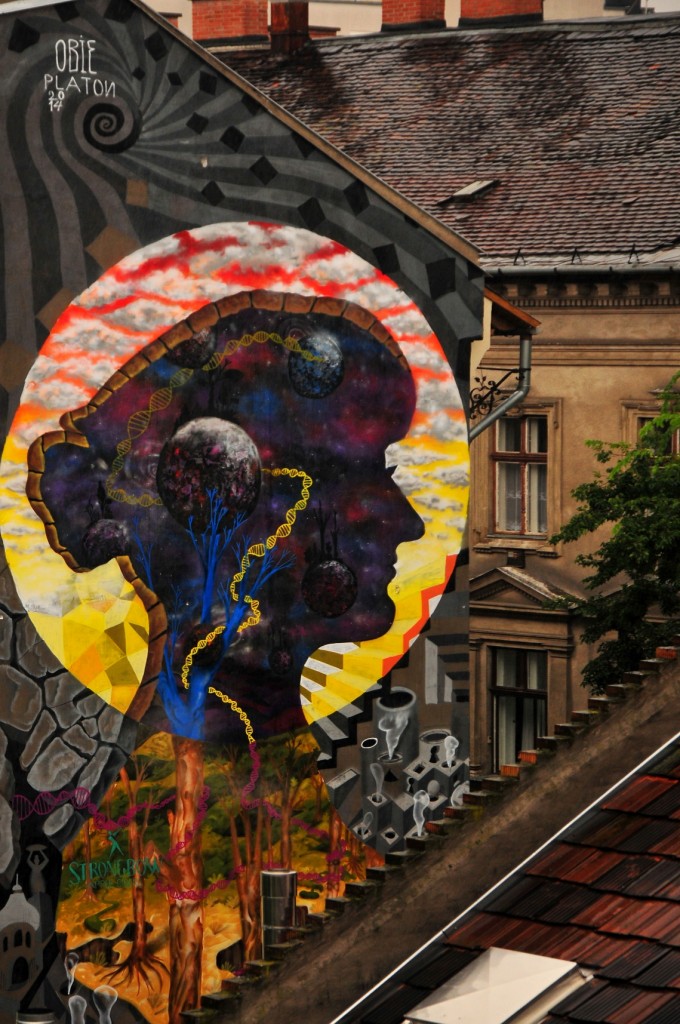 In this piece, the character Madame Mezzanine is depicted as Mother Nature, while the
background highlights the urbanism, the architecture and geometry of the grey city. In contrast to the urban landscape, the female figure is created from elements inspired by
nature and the cosmos, standing as a symbol of the human connection with the universe.
Platonic Forms Story / Walk&Talk Azores Festival, Island of São Miguel, 2014 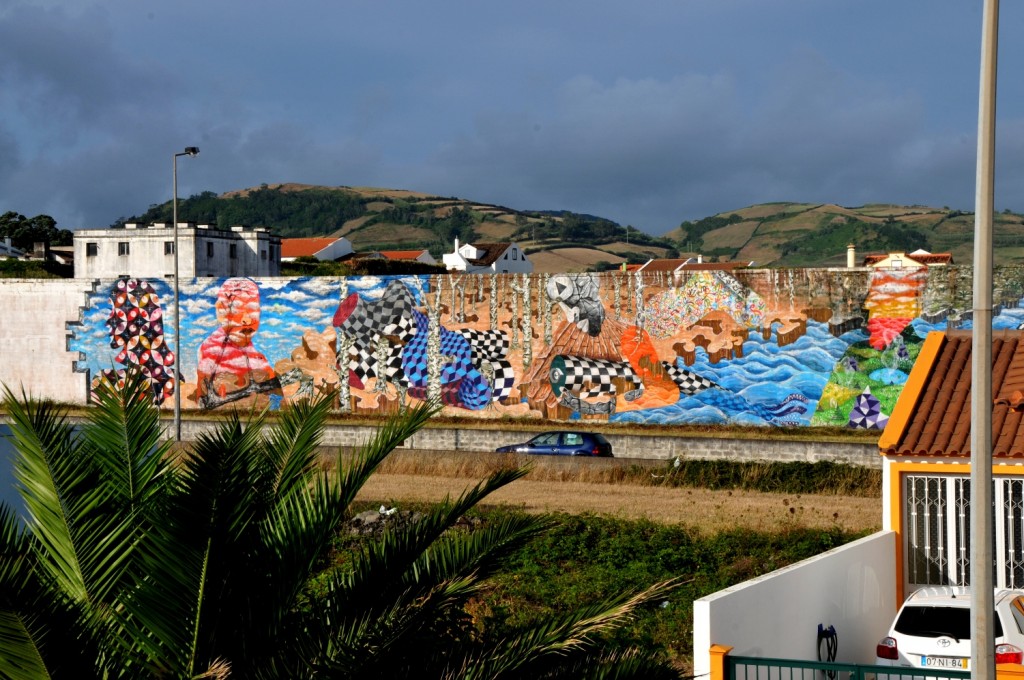 The mural focuses on the five characters created by Obie Platon, corresponding to the 5
platonic forms and the elements – earth, water, fire, air, and the universe. Each character
has its own story and they are brought together for the first time to reach equilibrium.