The project sees the Department of Culture commemorate the 500th anniversary of the communal uprising in the city.

The format chosen by the artist is a route that includes all the municipal billboards away from the tourist epicentre of Segovia; a total of 32 pieces distributed in 17 freely accessible locations that convert the urban landscape into an open-air museum.

The artist pays homage to Goya’s informative intention, in his series of engravings “Los caprichos” and “Los desastres”, through the monotype technique, used in the project as a whole.

Borondo, who developed a big part of his professional career in Italy, counts on the organisational support of STUDIO STUDIO STUDIO, an interdisciplinary lab founded by Edoardo Tresoldi to create and support contemporary art projects. 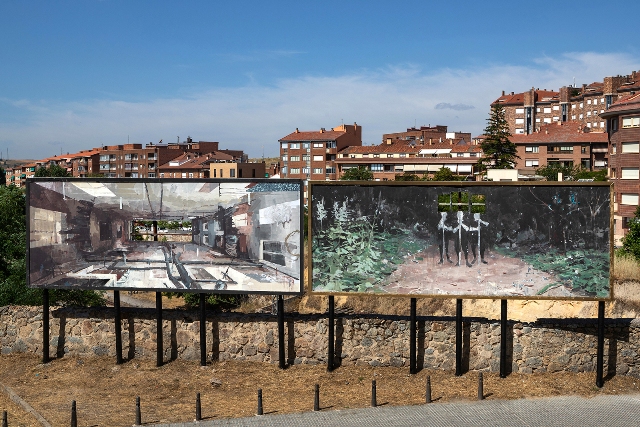 In May 1520, exactly 500 years ago, the first popular riots were registered in Segovia, igniting the flame of the Communal Rebellion in all of Castile, with the execution at the hands of the people of the royal collectors and, later, of the procurator Rodrigo de Tordesillas, accused of treason for supporting Charles I over the interests of the city. The city, which had developed over centuries a special zeal for its freedoms and self-government, rose up in outrage against what they considered an affront and mobilised in an intense public protest.

After a first phase of research, through texts of a historical nature, the artist pays homage to the Comuneros by delving into the idea of Revolt and extending the analysis of the power struggles beyond the established framework, applying it to other fronts, such as: humanity confronting nature, the discourse of the urban in the natural landscape, the effects of imposition on society, the reappropriation of spaces by different agents or changes in the status quo. The result is INSURRECTA, composed of 5 chapters, which is developed through 32 works distributed in 17 locations, a real outdoor museum that can be visited on foot, by car or by bike. At the same time, the artist shows the visitor a visual space of Segovia less known among tourists, promoting the visibility of the so-called ‘No Places’. 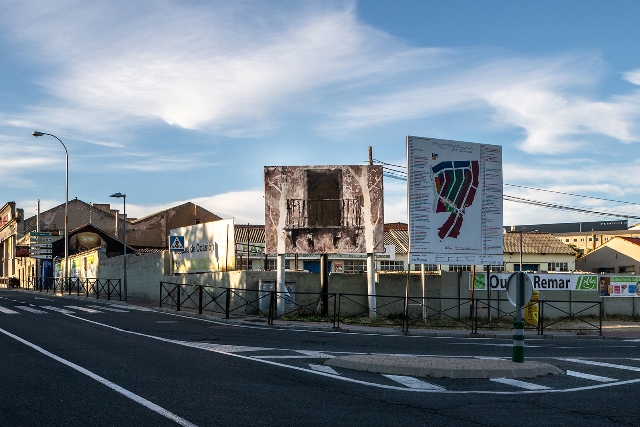 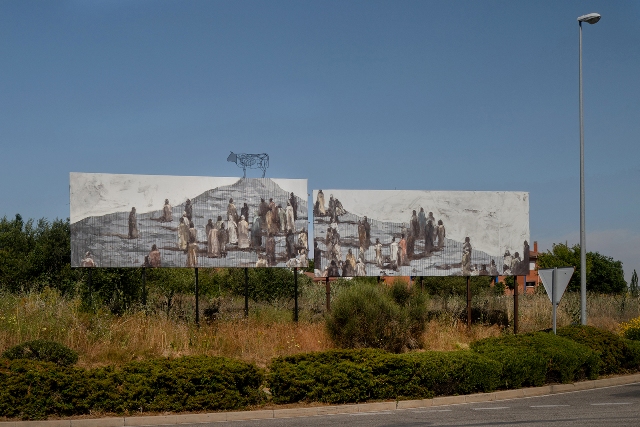 The project as a whole involves different techniques; however, as a common feature, all the works present the monotype, a technique that uses the tools of engraving but generates only one copy, with which Borondo wishes to pay tribute to the informative intention of Goya’s series of engravings “Los caprichos” and “Los desastres”. 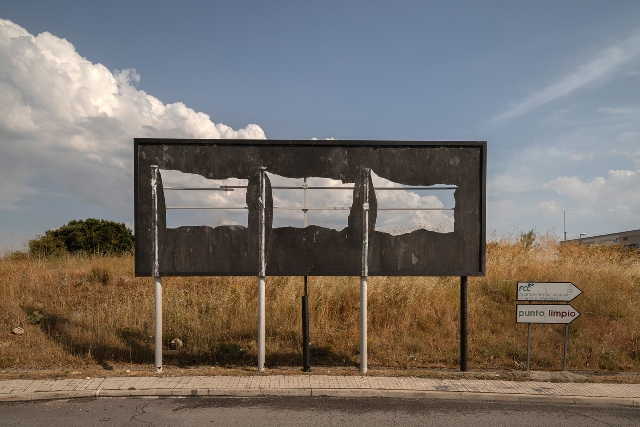 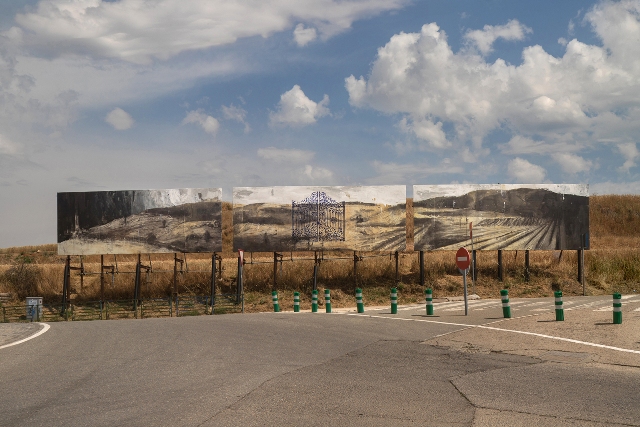 To make each work an experience in itself, the artist applies various plastic techniques that condense or expand the content of the works beyond the support itself: iron sculptures and micro-perforated panels overflow some of the frames; cyanotype in search of a dreamlike realism typical of the first photographs; the use of animation in others expands the project beyond the original support and, of course, the juxtaposition of the fence itself with its surroundings, plays with the perspectives and landscapes of the area, becoming part of the work.

Visitors are provided with a map of the 17 locations that includes an account of the revolt for each of the interventions, as well as marking at each stop the perspective designed for contemplation, although they are encouraged to take it as freely as possible. This offers total flexibility in designing the route to be followed, and the means by which the route is carried out. 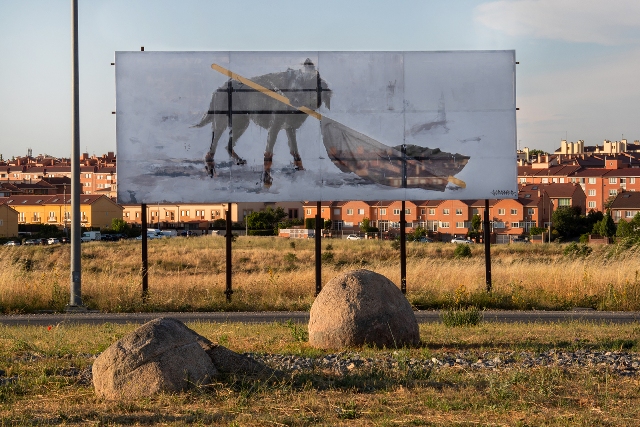 GONZALO BORONDO
Borondo began his career as a muralist in 2007. His projection of contemporary art in public spaces attempts to break down the barriers between art and life, questioning the limits of the cultural heritage of the context, while paying respectful homage to it. Borondo’s work is the result of a powerful dialogue between his art and the spaces in which it is located.

ORGANIZED BY
City Council of Segovia, Department of Culture