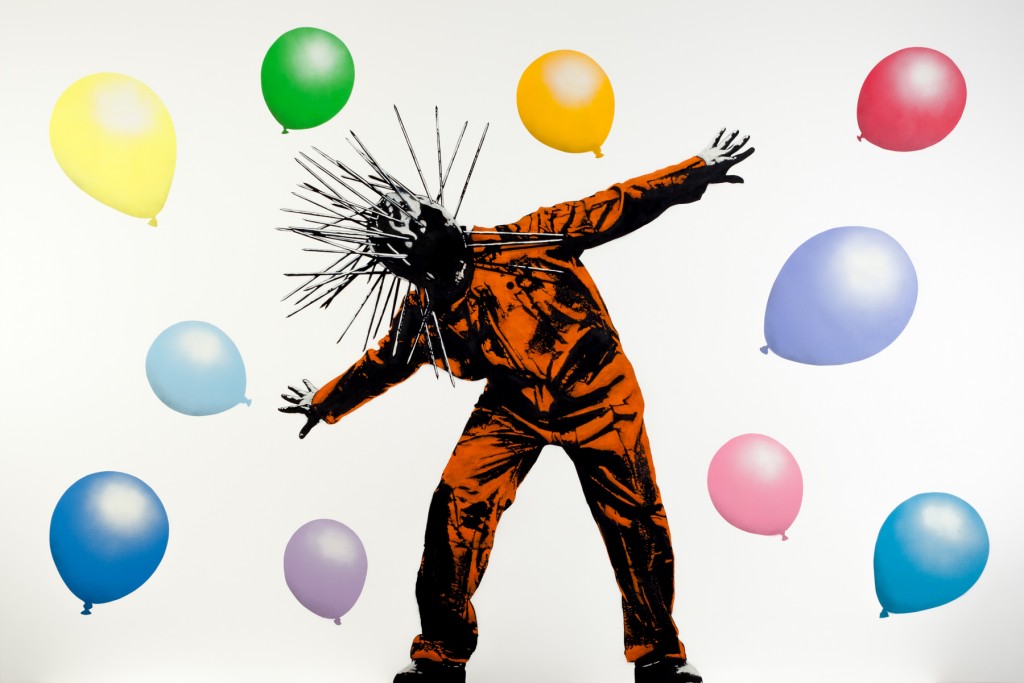 INSIDE/OUT  is a unique, new exhibition curated by Justin deDemko and Andrew Lockhart, leveraging work from a cadre of distinguished contemporary artists. The group exhibition features both established and up-and-coming artists from the contemporary world. As part of an exclusive summer exhibit, select artwork will be displayed across New York City in a first-of-its kind, Instagram art hunt @meckanyc.

Breaking typical boundaries of viewing art within the confines of a white wall space, Inside/Out allows voyeurs to enjoy art from exterior surroundings. The  social media hunt    @meckanyc, #insideout #arthuntnyc to locate artwork around the city will reward participants who complete the challenge with a DotDotDot print (valued at over $1,000) as the first prize. All entrants who complete the challenge will also receive a gift by Shelter Serra. Artwork will be located in different stores and windows around the city – including United Nude, Rivington Design Club, Surface to Air, Rooq and ALIFE.

The opening reception at Hotel Particulier will also serve as a one-night exhibition for the artist SWOON’s Braddock Tiles project, showcasing the entire Braddock Tiles catalog. A project initiated by the artist SWOON, the Braddock Tile factory will be a community based artisanal micro-factory located in a formerly abandoned church in North Braddock Pennsylvania whose first venture will be to hand produce the 20,000 beautifully colored ceramic tiles needed to give its landmark structure a new roof. Over the years, as a part of the fundraising efforts for Braddock Tiles, SWOON has asked a number of her contemporaries to donate individual prints to Braddock Tiles, with all proceeds from sales of the prints going to the project. The reception will unveil the newest print for the project, which will be created by the artist SWOON herself. 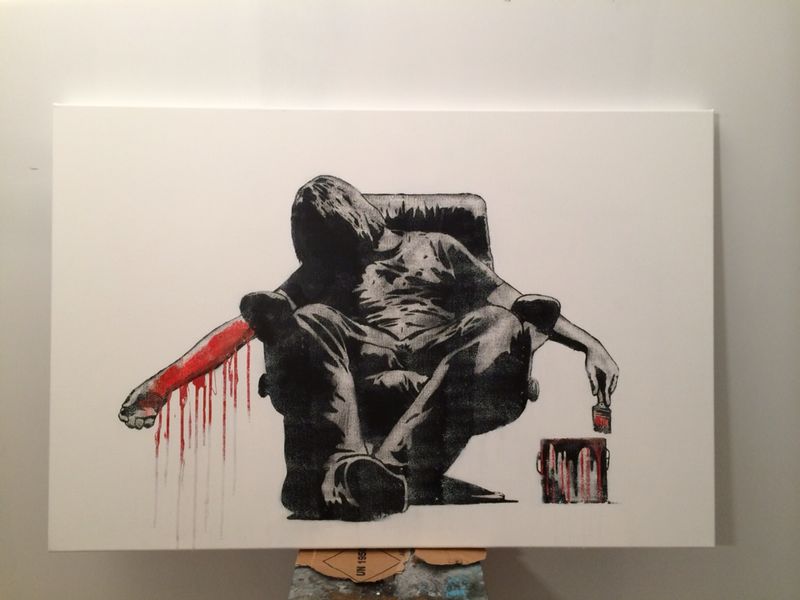 Dolk is a Norwegian artist, reputedly among the ten most popular stencil artists worldwide. He was first introduced via Wooster Collective and Pictures on Walls (POW) but remains anonymous with little known about his true identity. His works have been exhibited globally in cities including
New York, London, Berlin and Oslo. Beginning with stencil and street art in 2003, his notable projects include “Ghetto Spedalsk” in Lofoten, northern Norway and a series of murals in the infamous Halden prison – including one, where a prisoner paints his own stripes.

Lala Abaddon, in her woven work, or her “tightweaves”, integrates many components in her process, capturing her images multiple times through a repetitive sequence of digital and traditional photographic methods, then arranging the large format prints into precise and deliberate pairings. She continues on to intricately and painstakingly hand-weave the prints with undulating and complicated patterns
designed to convey a specific feeling – eventually leaving us with images within images, and compelling the viewer to experience alternate realities or states of being.

Katrina Makjut is a New York based artist, whose work is often centered on women. Majkut’s most recent series focuses on contemporary wedding culture. She is a heavily based research artist but uses her findings to write for a website she founded called The Feminist Bride. Makjut was most recently selected as a final artist in the Global Fund for Women’s media project #EqualityIs: Body in collaboration with the International Museum of Women.

The art hunt begins on Saturday, August 23 at 10am with clues being released on Instagram – @meckanyc, #insideout #arthuntnyc. The opening reception takes place at Hotel Particulier at 5pm – 9pm, @hotelparticuliernyc