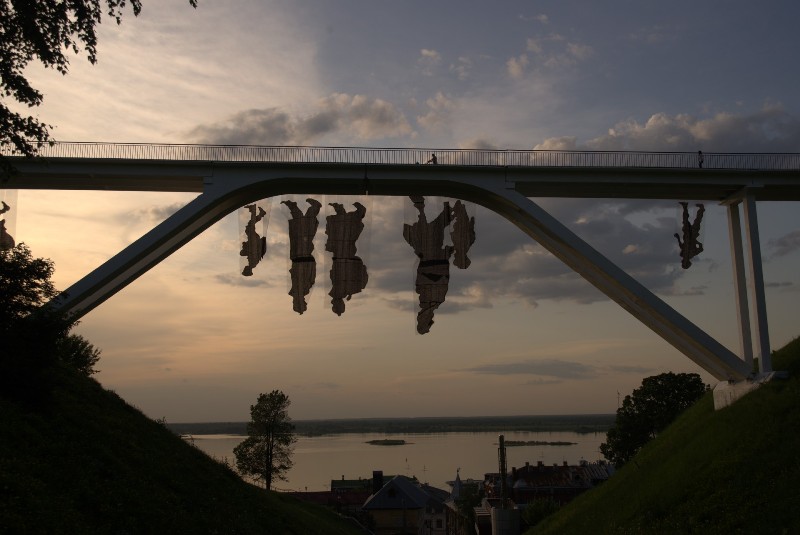 Exploration and “humanization” of urban space, bridges in particular, is the main purpose of the project of the artist Dmitry Alekseev and photographer Victor Chernyshev. The artist will place two panel paintings and photographs from the “I Look into the Sky” series on the Arsenal’s facade and in the courtyard, illustrating how his objects fit into the city space. 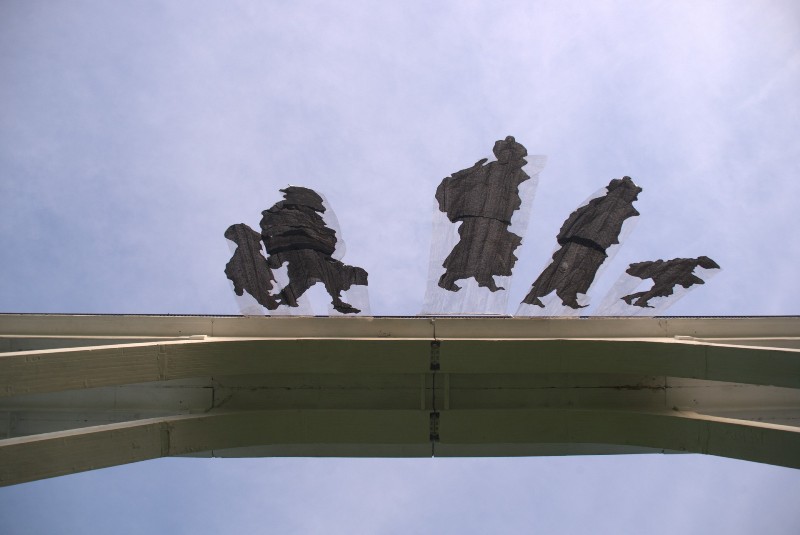 During the past years Dmitry Alekseev has focused his attention on urban space which he tries to make more “human” by introducing public art (public art – art in the city environment designed to be exhibited to general, unprepared public and implying communication and interaction with the city space). Alekseev regards gaps between arches of a bridge or a viaduct as a space for artistic statement. 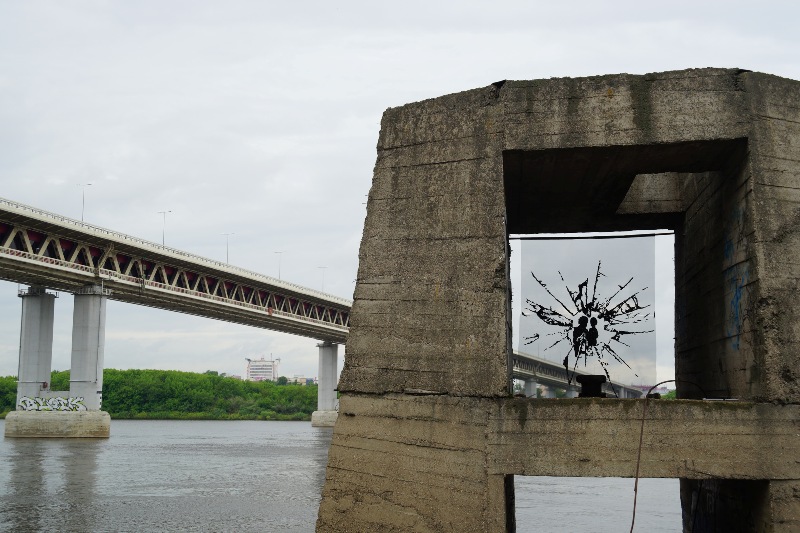 The main conceptual and artistic image in the artist’s musings about reclamation of a new, unfamiliar land by a man, is the sky, which presents a fitting background for the installation: “A man, no matter to which culture he belongs, always turns to the sky. It is what he looks at when he rejoices or despairs, sends curses or gratitude. And so do I: I look into the sky…” – Dmitry Alekseev. 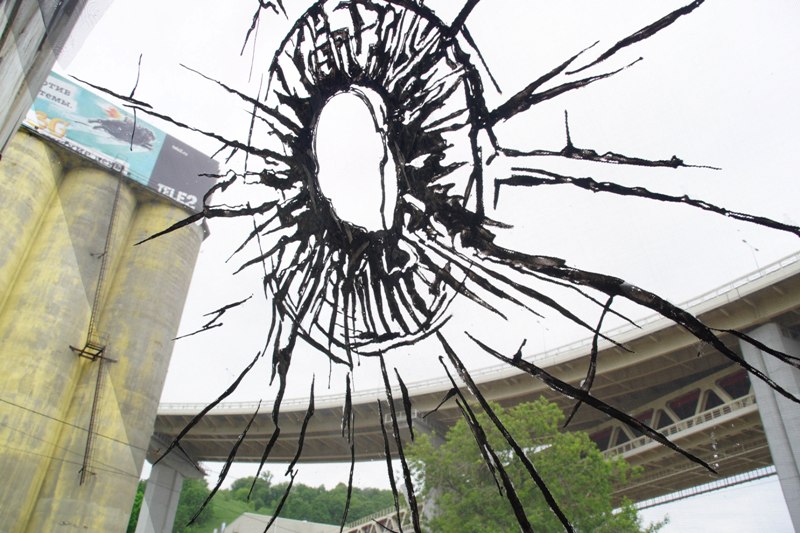 After several projects under the bridges of the Moscow river, results of which were exhibited at the Schusev State Museum of Architecture, the artists suggested to utilize space under the Nizhny Novgorod bridges over ravines at the Fedorovsky embankment. 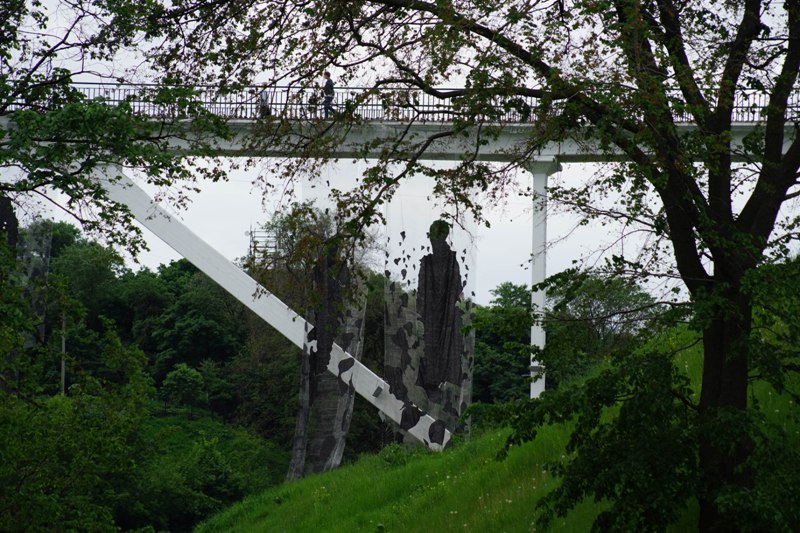 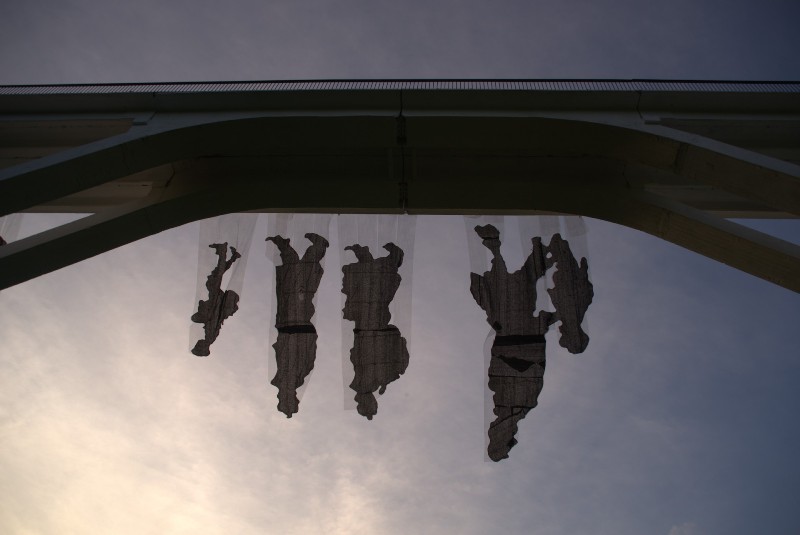 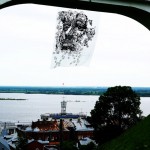 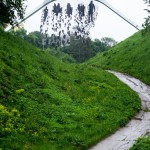 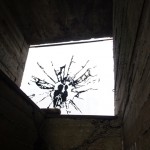 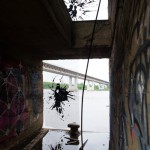 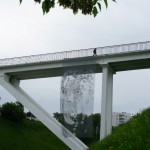