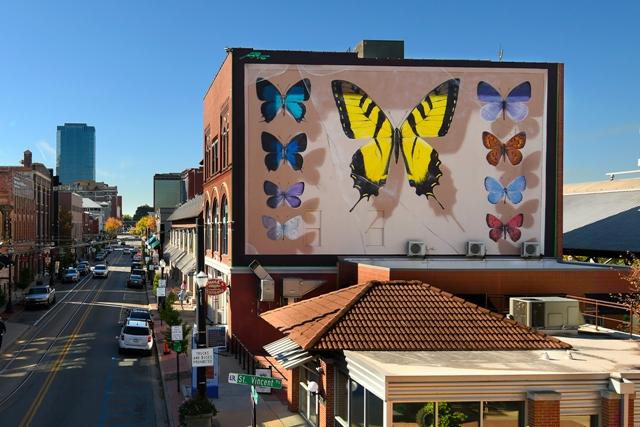 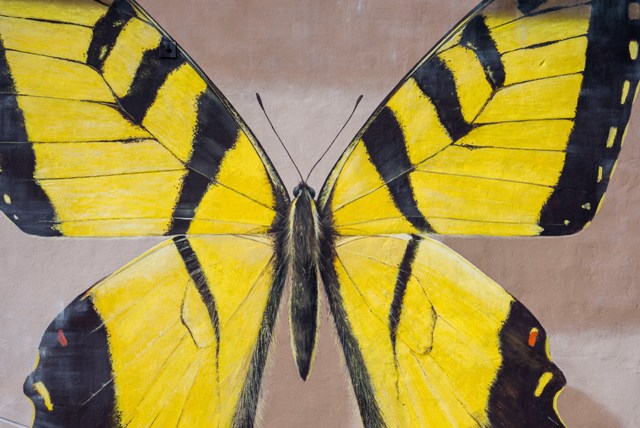 The first of Mantra’s monumental piece, titled The Nine, is displayed in the heart of Downtown Little Rock, right at the entrance of The River Market, and is visible from miles around. The second artwork, titled The 21st Collection , can be spotted on the facade of the 21C Museum Hotel in Downtown Bentonville.

Spectacularly beautiful and scientifically accurate to the last detail, Mantra’s Trompe l’oeil piece The Nine, renders a selection of the nine most emblematic Arkansas butterflies, including Parhassius, Cupido, Celastrina, and Lycaena, which he depictsas lifeless specimens displayed in a cracked entomology case; a heartbreaking comment on endangered species and lost biodiversities. The Nine is also the artist’s tribute to the historically famous Little Rock Nine, a group of nine courageous black students who enrolled at the formerly all-white Central High School in Little Rock in 1957, drawing national attention to the civil rights movement at the time. 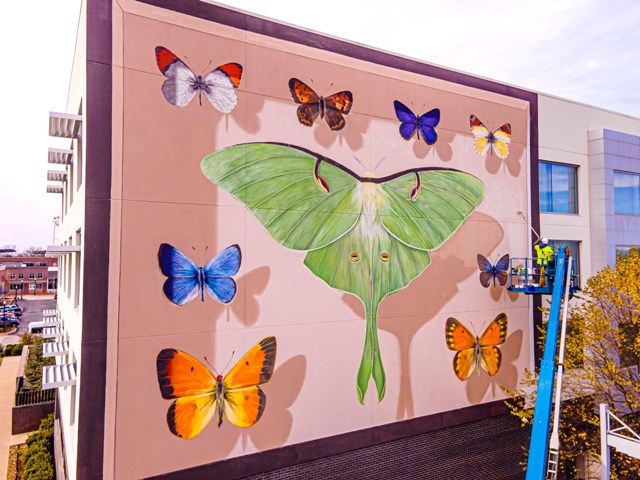 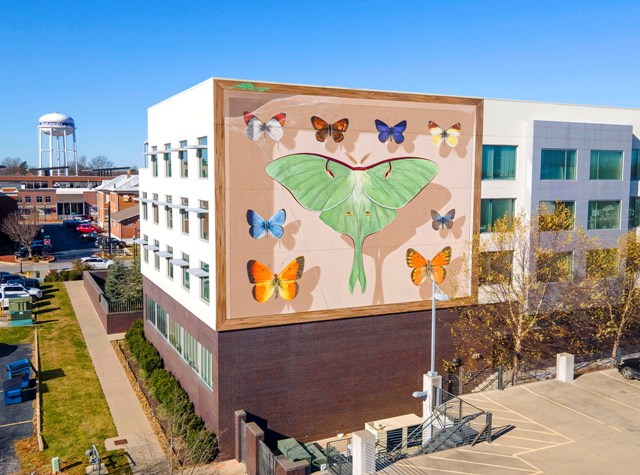 Not long after his mural in Little Rock, Mantra completed the second piece in the small town square of booming Bentonville, right on the 21C Museum Hotel wall. A giant lime-green colored winged creature will have you wondering, “what’s that bug”? It’s a Luna Moth, found only in North America and very popular in The Natural State. The artist transformed the multi-story building into a gigantic broken entomology box, masterfully enclosing the collection of insects inside the cracked glass as if to illustrate a potential escape, bringing a colorful and eye-catching slice of nature to the city. 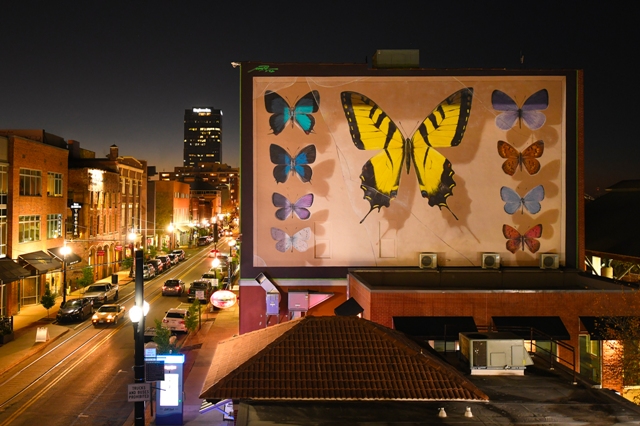 About his recent experience painting outside of his natal France, the artist said: “I have always wanted to find my place in the global society. Painting murals internationally has allowed me to get in touch with various communities, appreciate different cultures, languages and despite the current difficulties connect beyond
borders. In turn, I hope to put a smile on peoples’ faces while they walk by”.