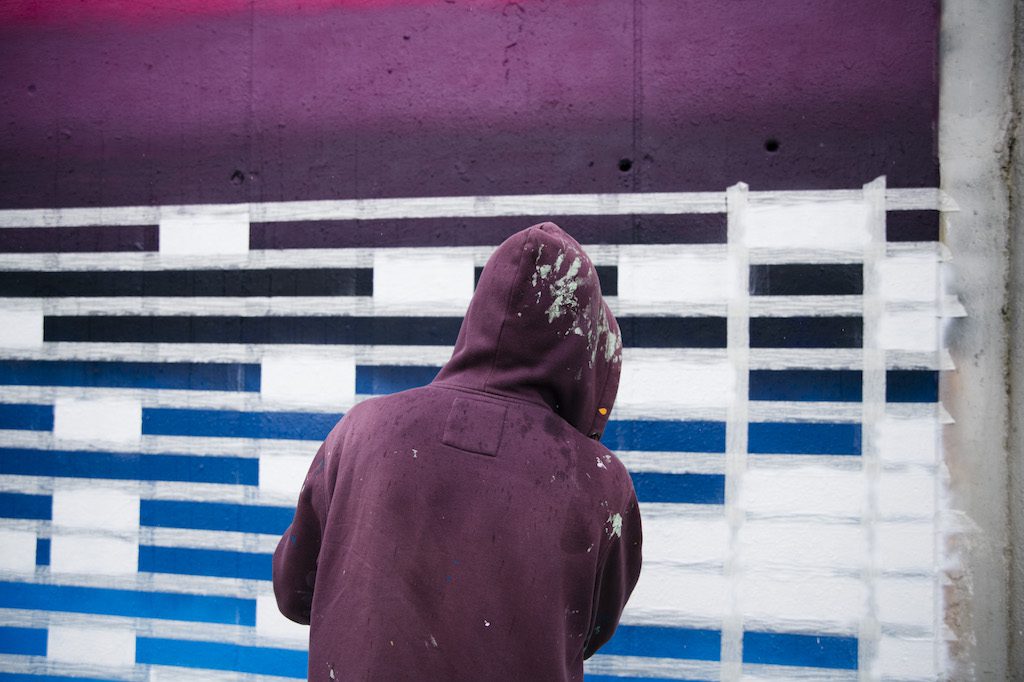 Joan Cabrer
Native from Mallorca and trained in Fine Arts in Barcelona, Joan Cabrer has participated in several solo and group exhibitions in Spain and Portugal. He has been a resident artist in creative places such as Hangar
or Piramidón CAC (Barcelona. In 2015 he received the Sotheby’s Scholarship Medal from the Foundation Miró.
“In his painting Cabrer confronts nature with the artificial, investigates the intrusion of the machine in the development of life to conclude talking about pollution, miscegenation, life and death.” (Source www.piramidon.com)
https://www.instagram.com/joancabrer/ 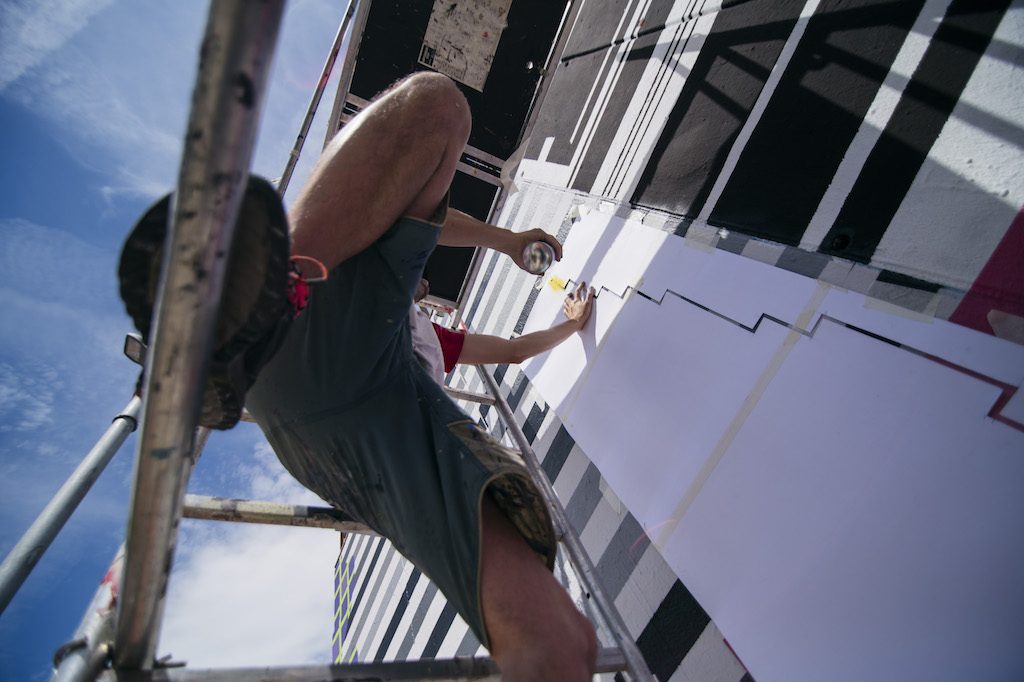 HOT PIXEL
The artist comments on the idea of this mural:
“In this series the technological references abound, it shows how the digital mute interacts with referents that belong to the organic world. The nature observed from a scientific point of view is mixed with digital aesthetics.
I’ve used the elements that make up the image on the screen and have taken to the field of painting, giving these elements a new meaning by reordering, increasing or editing them. In this way I show how the machine hides behind a thin wall or curtain that falls and reveals itself when a “glitch” or error occurs in the representation systems. ” 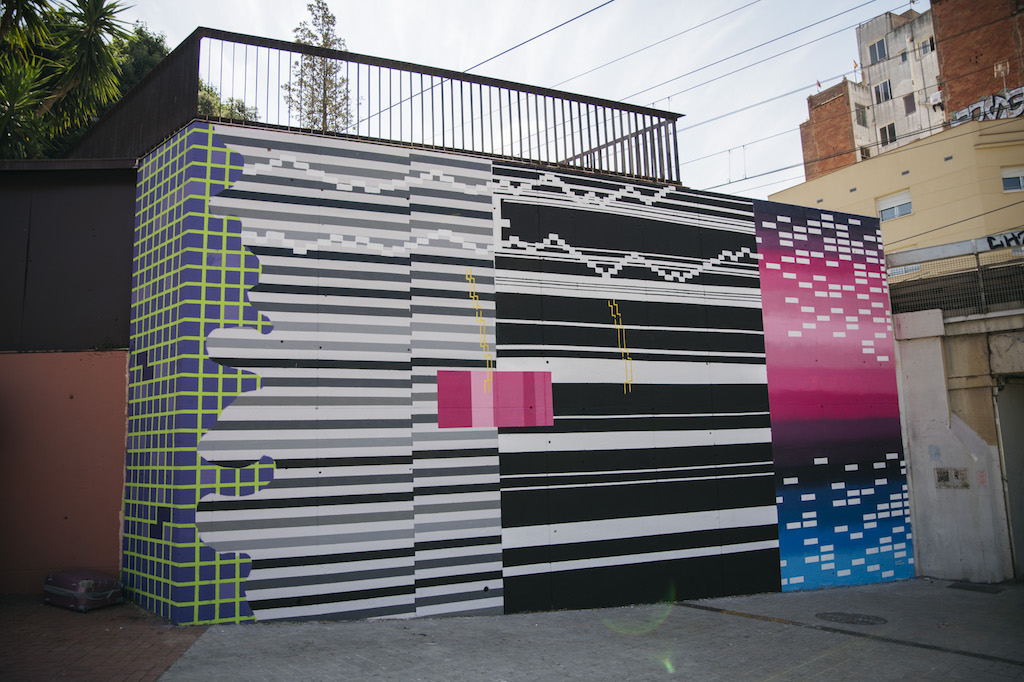 12+1 is a proposal put forward by Contorno Urbano:
12 artists, 12 months, one 50 square metre wall, one artistic intervention per month and one final exhibition, presenting each of the artists’ unique work.
12+1 is an open-air art gallery, one which changes each month. A unique vision which problematizes the way we exhibit urban art, and the place of these artworks in the city.
The project aims to create a space for open dialogue in the city with the highest population density in Europe, in an are which sees over 7000 passers-by each day.
You can find the wall at Calle Rosalía de Castro, just opposite to the L1 metro exit for Torrassa, in L’Hospitalet de Llobregat,
Barcelona. 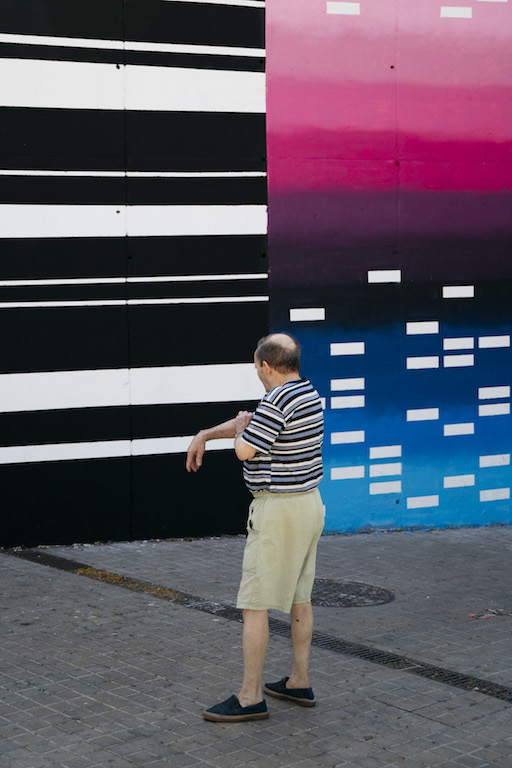 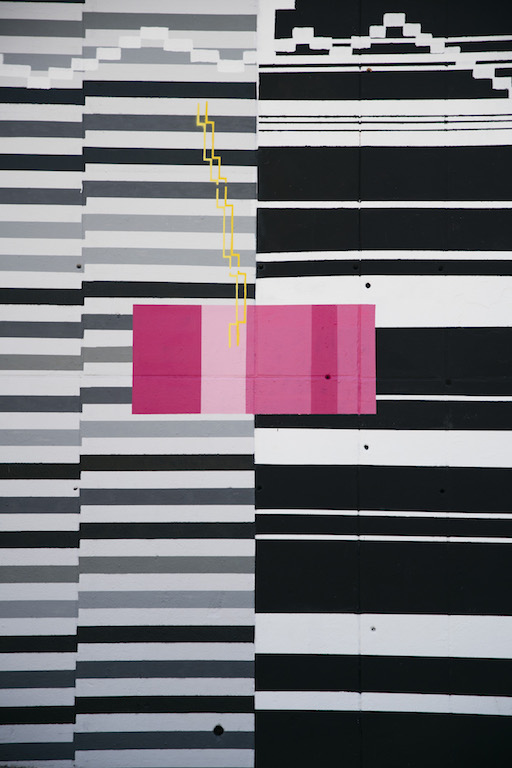