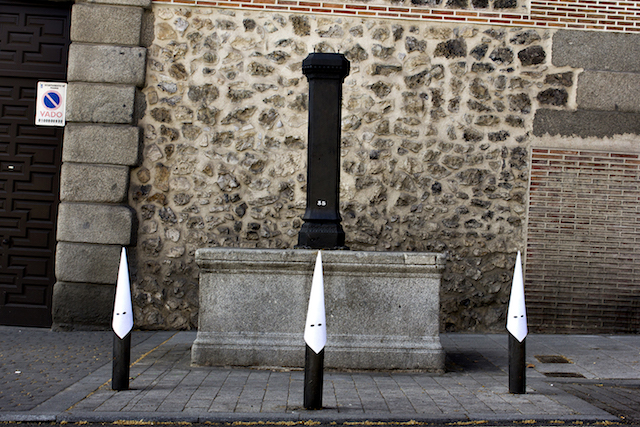 “Capirotes” is the installation from Dos Jotas in Spain for the holly week! “The city looks as a field of artistic action and intervention.

Not from a formal perspective, aesthetic or decorative, or as a monumental vision of public space, but as the specific area where question and criticize our society, our habits and ideas.” 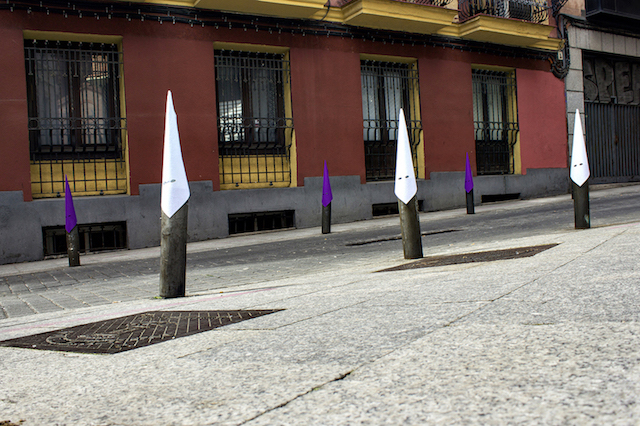 The Madrid based artists Dos Jotas, made their mark for the holly week (one of the most important weeks in Spain) with their own installations called “Capirotes”. 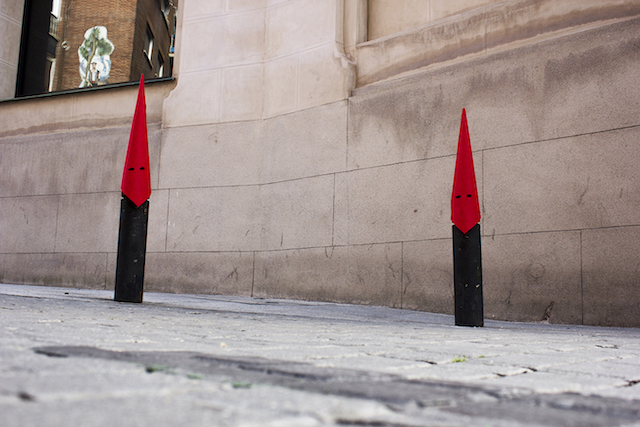 “A capirote is a pointed hat of conical form that is used in Spain. It is part of the uniform of some brotherhoods including the Nazarenos and Fariseos during Easter observances and reenactments in some areas during Holy Week in Spain.” – Wikipedia 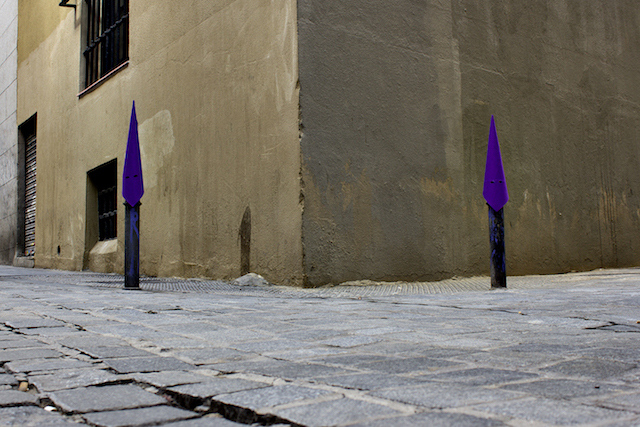 This installations were made in the streets poles, the hats on the top, with different colors and settling in order to represent the brotherhood that wear these hats. 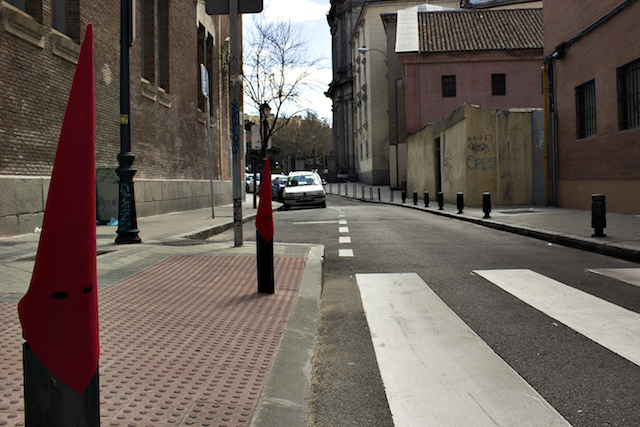