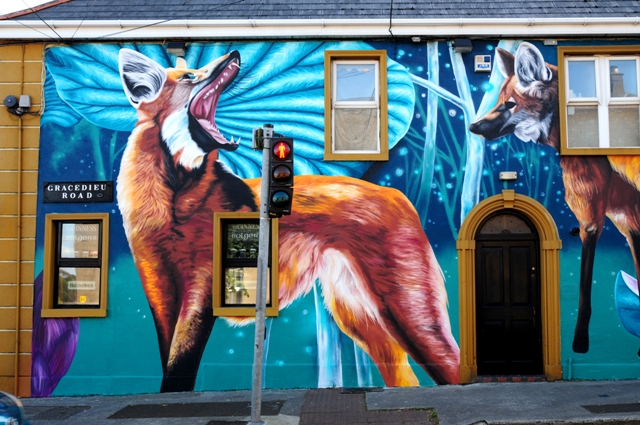 This Urban Art project, part of the wider cultural program (S)punti di Vista of the Embassy and Consulate General of the Netherlands in Italy in partnership with INWARD – National Observatory on Urban Creativity and in cooperation with a number of Italian UCAS – Urban Creativity Associations, arrives in Lentini, in Sicily, its third stop. 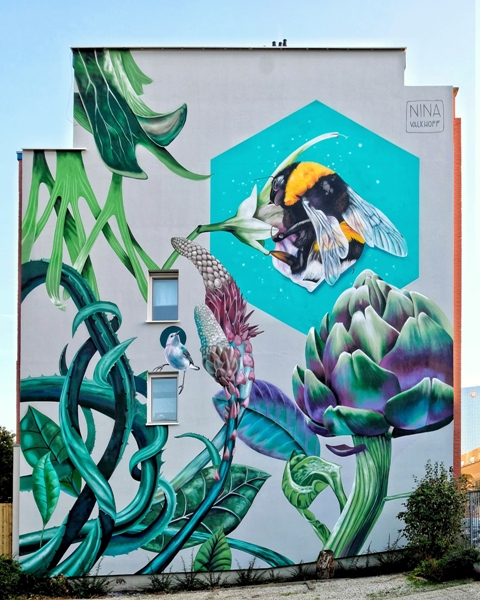 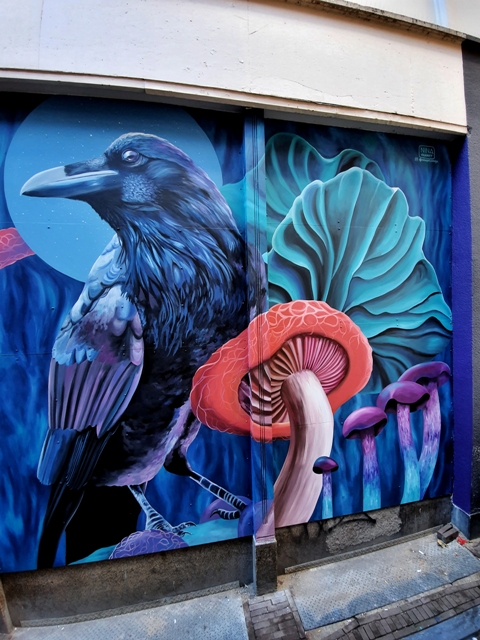 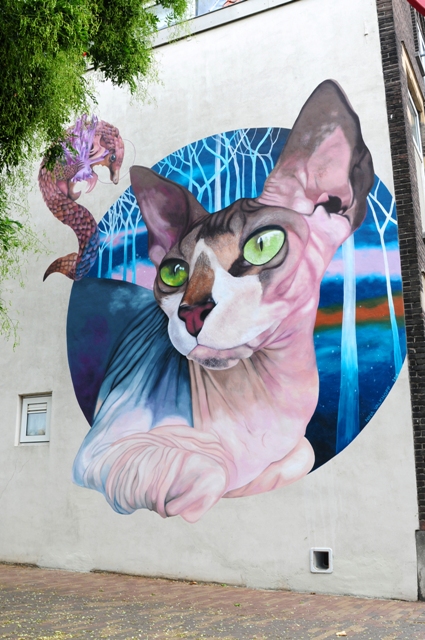 «HollAndMe is the result of a trajectory that began in 2020, when the lockdown made it impossible for art to be enjoyed indoors – says Stefano Musilli, Cultural Officer at the Dutch Consulate-General in Milan -. Urban creativity is a formidable tool to keep creating occasions of dialogue and debate on current issues through art».

After the works made in Mantua (June 2021) and in Santa Croce di Magliano (July 2021) respectively by Erosie with 108 and by Maaike Canne, the creative partnership between the Netherlands and Italy will be represented in Lentini by Nina Valkhoff. The muralist, who is specialized in large botanical compositions and in the representation of sought-after animal species, will work in the Sicilian city from October 4th to 20th. 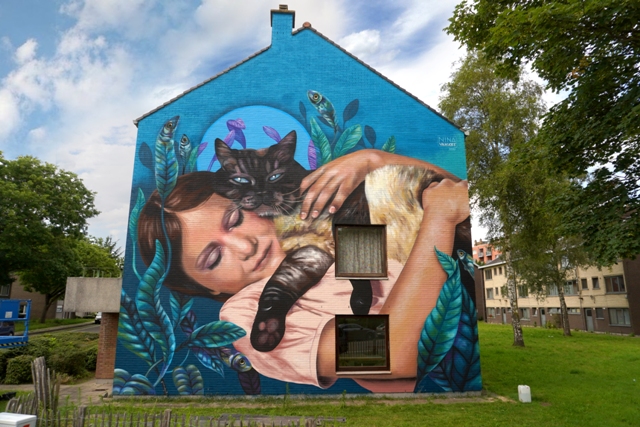 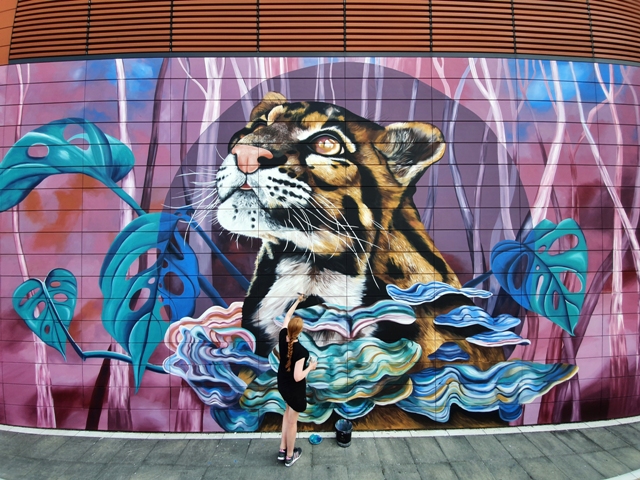 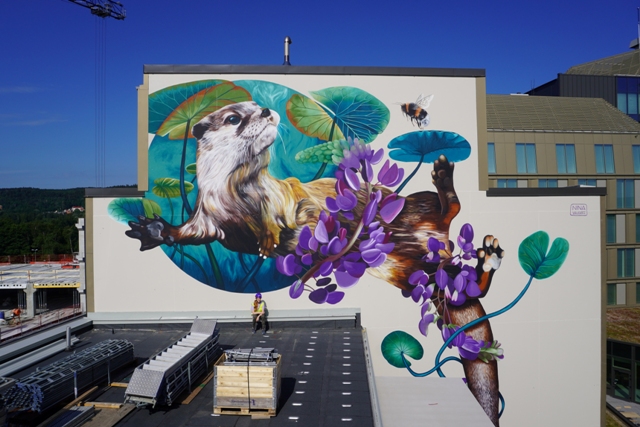 Here, hosted by UCA Badia Lost & Found, the Dutch artist will immerse herself in an artistic residence lasting about a month, during which she will carry out research activities and make historical as well as social and, above all, naturalistic experience of the ancient area of Lentini. This year, Lentini celebrates the 2750th anniversary since its Greek foundation. Valkhoff will also have the chance to visit the surrounding territory of southeastern Sicily and get to know what, in past centuries, was the home of Greeks, Romans and King Frederick II. 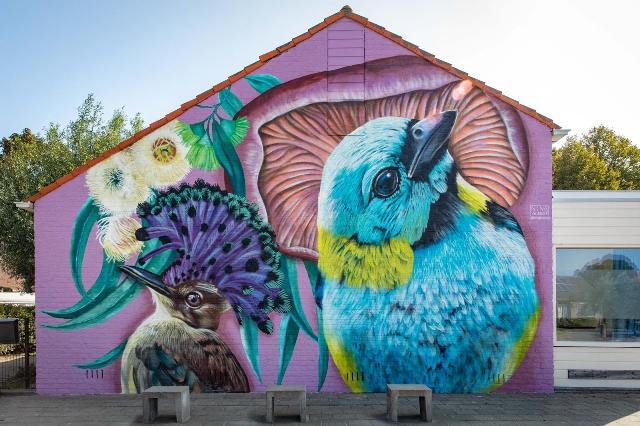 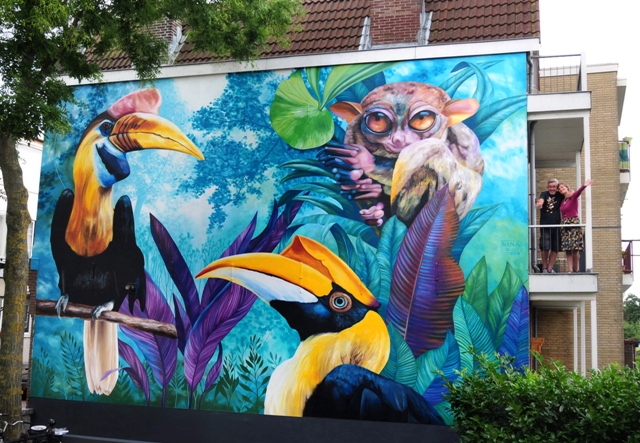 Relying on a strong stylistic and chromatic resonance with the territory, which arises from a wise usage of the pictorial palette, and on the incredible expressive ability in which the representation of flora and fauna dominates, the artist will showcase that “lost cultural background” which is the cornerstone of the work (as well as of the name) of ACU Badia Lost & Found. This will happen through the representation of the themes of the “Sultan Chicken” – Pollo Sultano -, and of the protected species which have been reintroduced in Lentini’s Lake Biviere, as well as of autochthonous plants. The artist will paint on a building that directly overlooks the Corte Superiore of Palazzo Beneventano, current operational headquarters of Badia Lost & Found and location of many cultural events in the area. 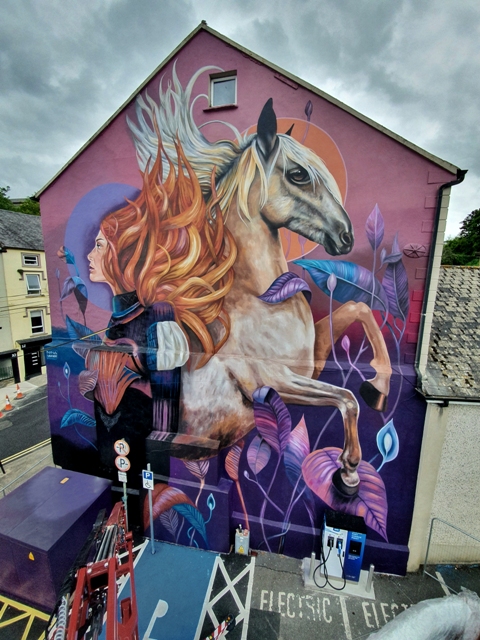 «The word museum does not just designate a building for the preservation of objects, but a place of reception and memory of man’s artistic activity in all forms. – says Giorgio Franco, president of the coop. Badia Lost & Found. Who continues: Our mission for years has led us to reflect on the unveiling power of art, today as in the past, and on the inexhaustible relevance of painting made of gesture and matter. We are proud that the coop. Badia has become partner of this important initiative and that the story of this project can be found inside the Urban Art Park, first of its kind in the province of Syracuse. This project, strongly wanted by all of us, is the umpteenth result of a synergy between public and private, it speaks the immediate and universal language of urban art with the aim of emancipating people to the sense of welcome, especially the youngest, to become protagonists of a positive revolution. It is thus an entire city, our Lentini, to become the megaphone of the urgent need to transform the planet into a more sustainable place».