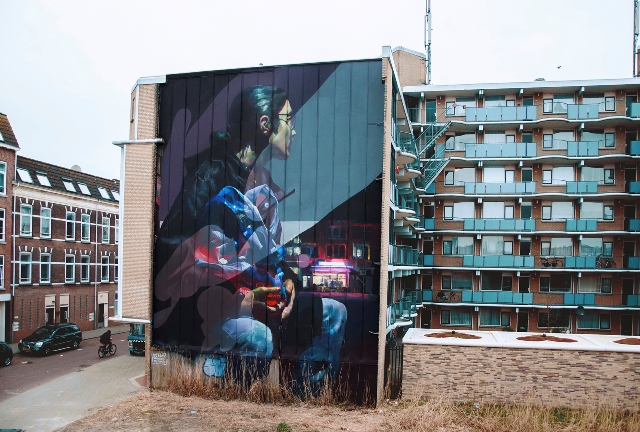 Telmo Miel duo from the Netherlands made a new collaboration together with spanish artist Sebas Velasco. The mural was made in Rotterdam and is titled: ”Hit the Lights”. 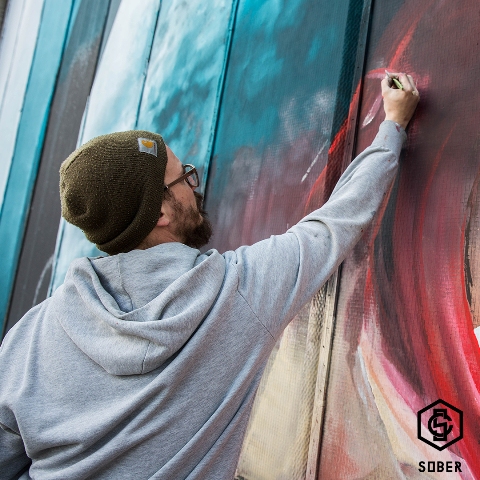 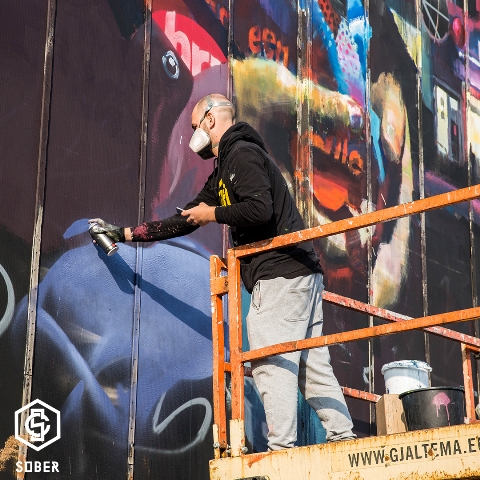 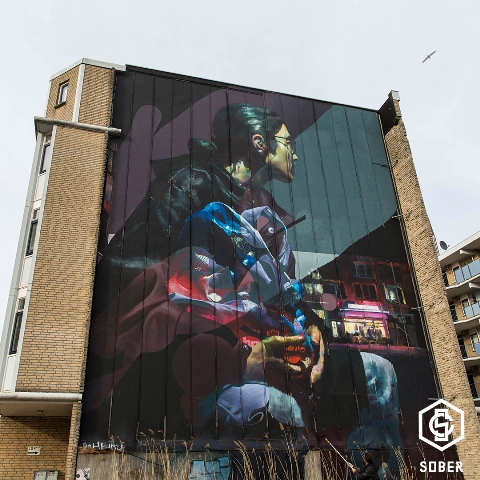 The ‘Sober Street Art Exhibition’ can be visited for six weeks at the gallery of Sober Collective. The murals created during Sober Walls will be visible for at least one year on the walls in ‘Het Oude Noorden’ in Rotterdam. Apart from the Telmo Miel mural with Sebas Velasco another wall was also made during Sober Walls by Vesod (Italy). 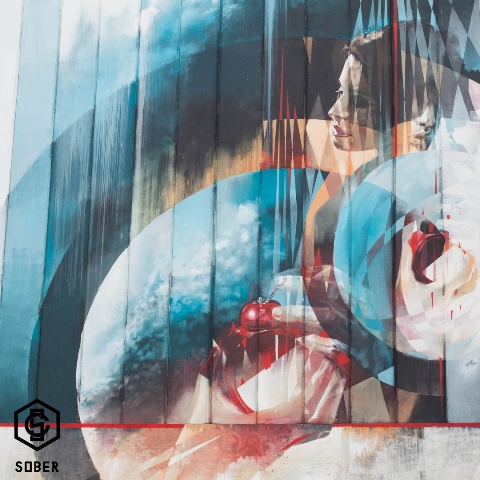 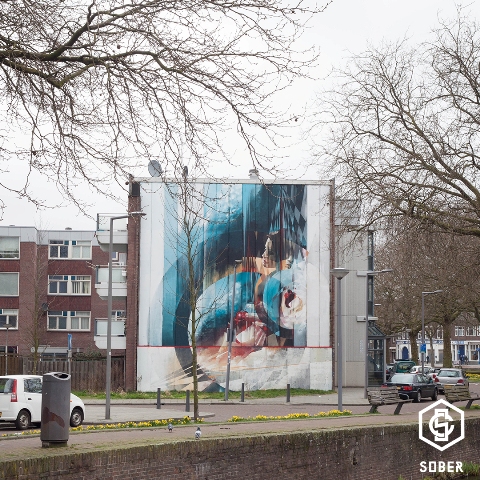 Besides offering Street Art a bigger platform, Sober Collective wants to connect the people from ‘Het Oude Noorden’ in Rotterdam with each other by involving them in the Sober Walls project. They want to achieve this by having the residents decide what there will be painted on the walls. 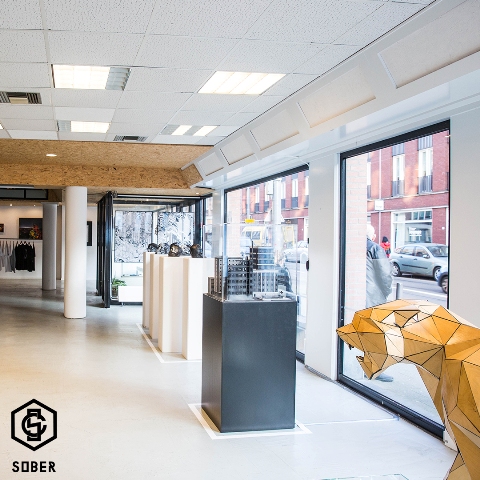