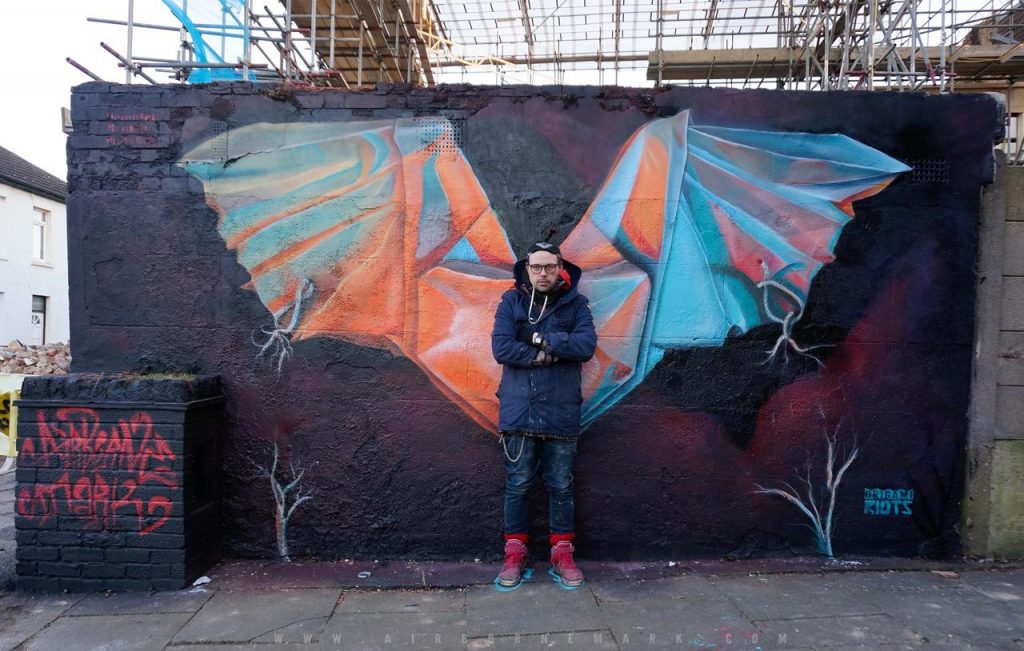 Uk based street artist Airborne Mark spent the first few days of January in Penge, working on his newest mural. The new artwork is based on an origami winged heart that he first folded.He created from scratch a scene of it snapping away from ropes holding it down. The artist wanted to start the year with a clear message of following passion. His hope that all his relentless work can express that passion. Hence the title for the mural is:  “Heart of Mine.”
Also, making it interactive. One planting feet in the centre in front of it, appears with wings. 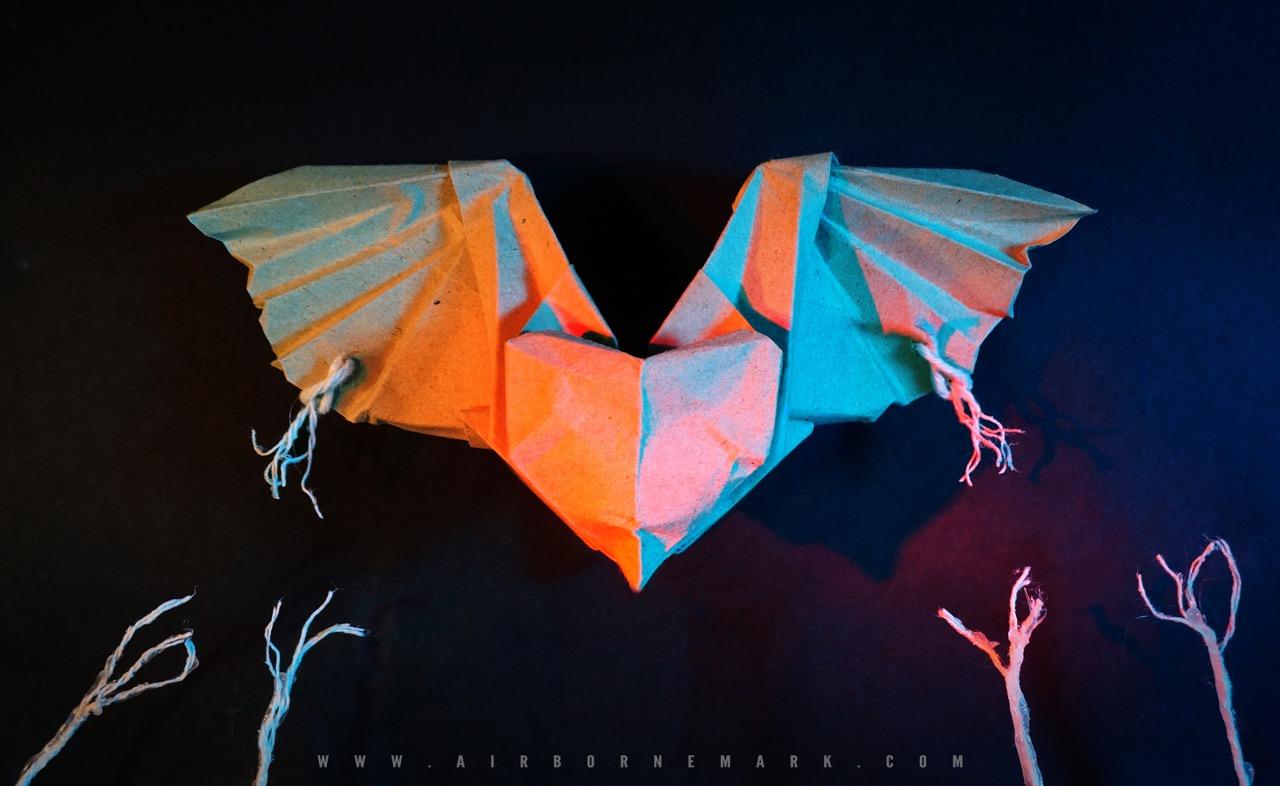 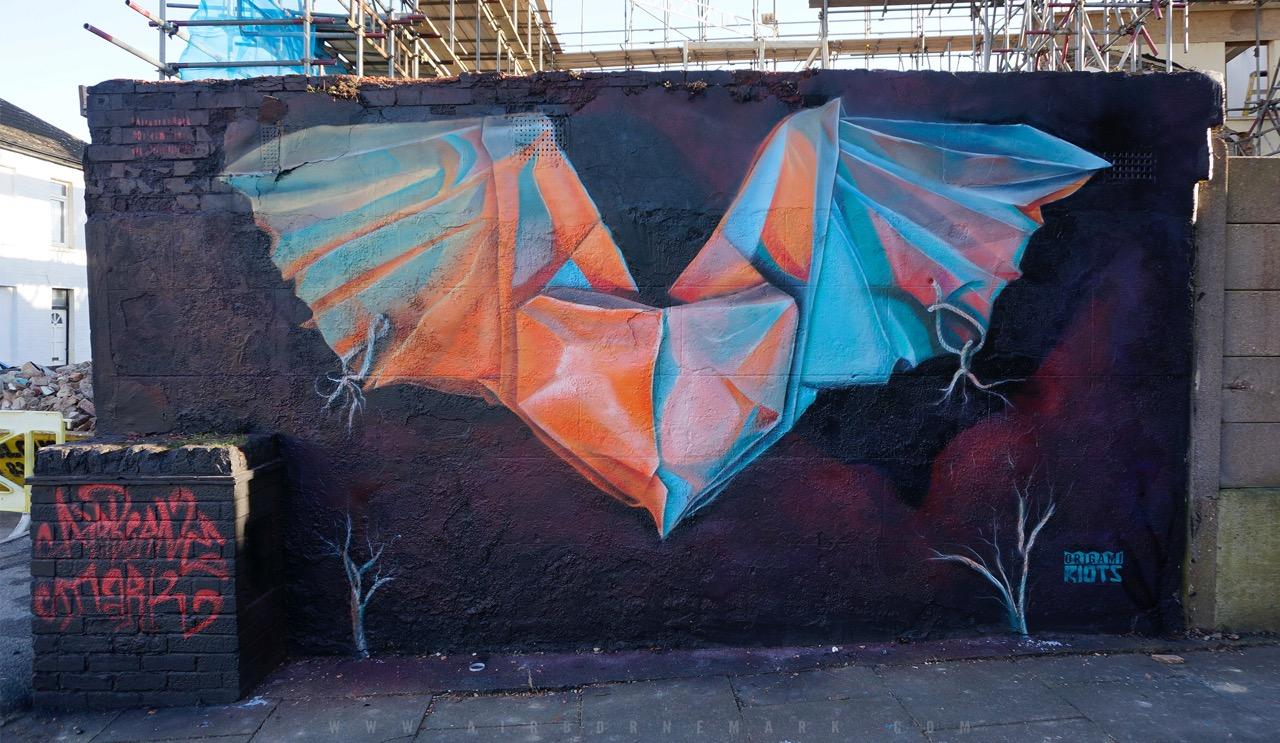 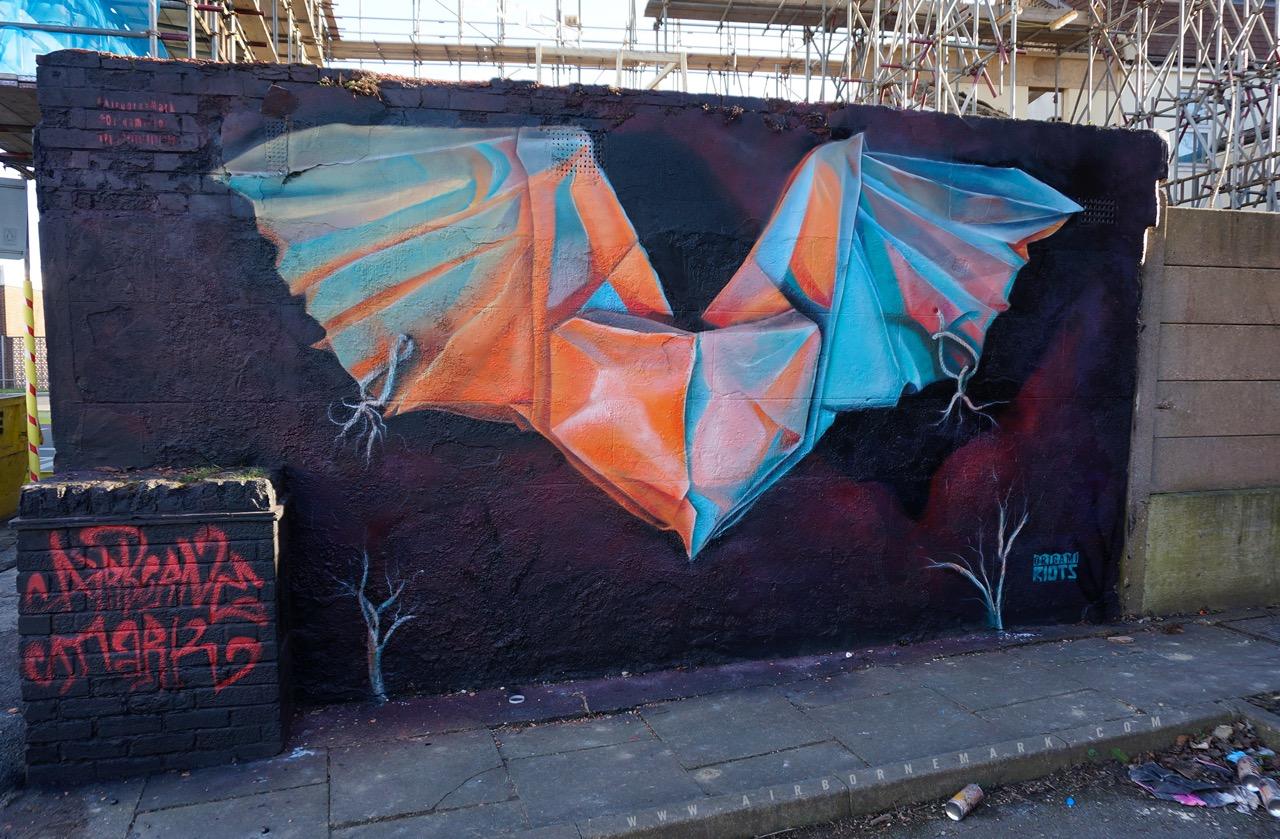 As always, he has documented in video the whole folding stage up to painting it in dark on one of the coldest days of Januray. Finaly he decides to burn the reference in a ceremonial manner. Check it out!