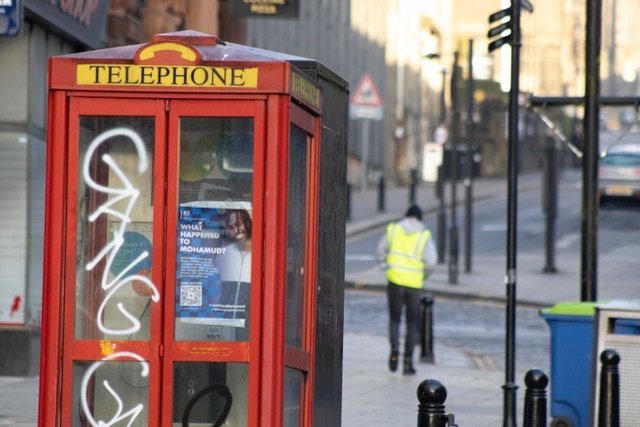 ‘Subvertising,’ was chosen as a mode in order to highlight the intersections of art, design, and protest. It also foregrounds the semiotics by which state ideologies are naturalized and reproduced, and reasserts the design and visual culture fields as sites of change.

Early in the morning, young activists across 10 UK cities took over bus stops and ad spaces to plaster posters protesting against violence and racist policies within the police on the International Day for the Elimination of Racism.

The posters commemorate Mohamud Hassan, 24, and Mouayed Bashir, 29, two young Black men who died after coming into contact with the police earlier this year. Activists executed the action under cover of darkness in London, Brighton, Cambridge, Cardiff, Nottingham, Liverpool, Manchester, Glasgow, Stirling, Wendover, and Leeds. The posters depict images of the two young men and replicate the style of the government’s police recruitment campaign, asking “What happened to Mohamud?” and “What happened to Mouayed?”. 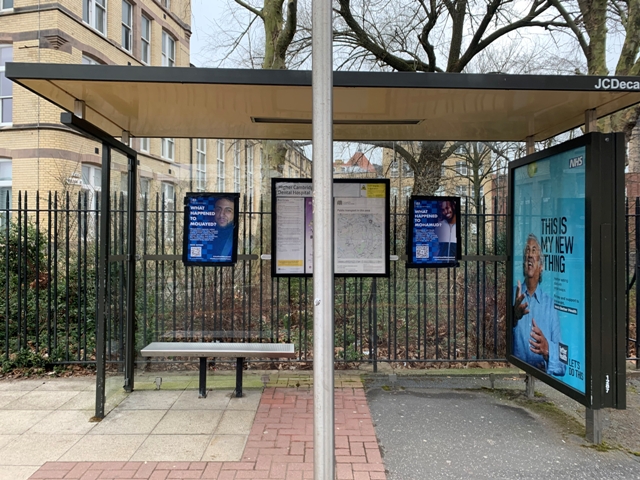 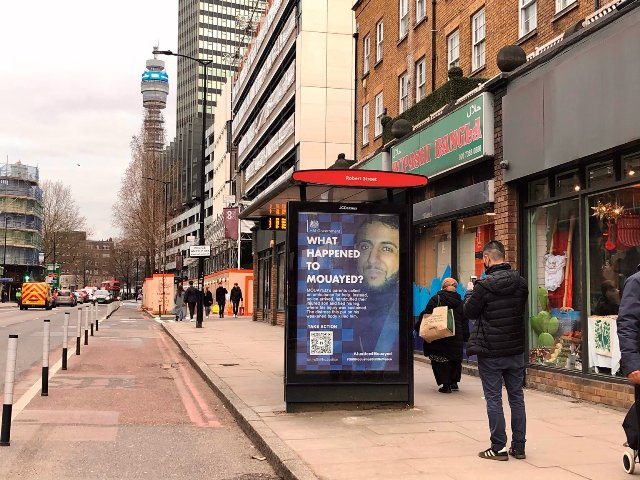 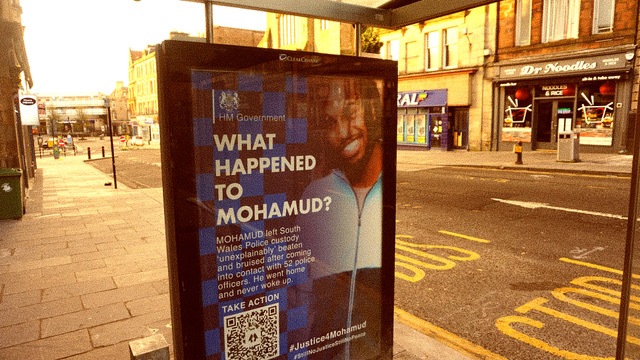 It comes as demonstrators take to the street after a Metropolitan Police officer was arrested for the murder of Sarah Everard, and the UK government attempts a huge expansion of police powers.

Artists all over the world have been utilising their labour for the anti-racist cause. Artist Amy Sherald, who used the proceeds from the joint acquirement by The Smithsonian National Museum of African American History and Culture and the Speed Art Museum of her portrait of Breonna Taylor to fund student social justice programmes; some American cities have commissioned murals and rememberance pieces of those who have lost their lives at the hand of police violence, or in support of the larger Black Lives Matter movement.

Anti-racist activists have largely taken refiguring visual space into their own hands, exemplified by the graffiti and projection art that decorated a confederate monument to Robert E. Lee in the USA. However, these cultural reckonings are curiously lacking here in the United Kingdom. With the notable exception of the toppling of a statue memorialising slave trader Edward Colston in Bristol, the U.K. has struggled to consider the potential of art and artists as agents for anti-racist change. 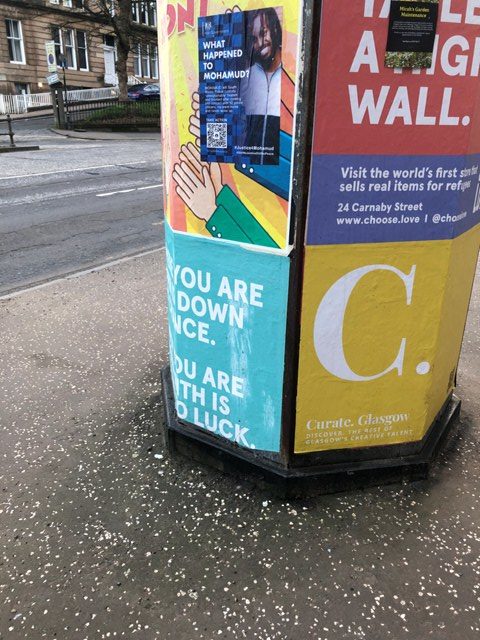 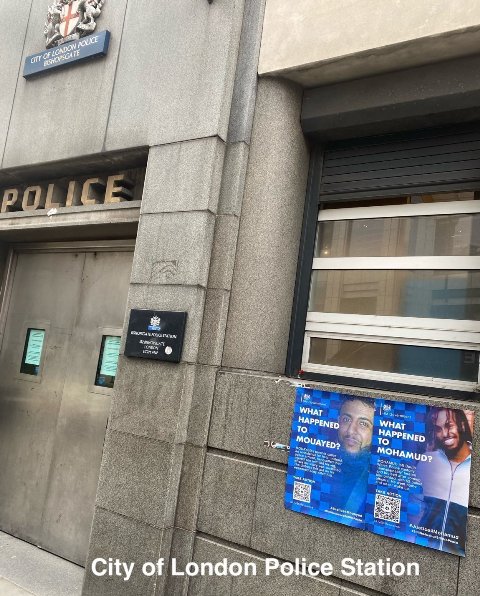 This subvertising action appearing across the U.K. today, by using state propaganda strategies, addresses the invisible and endemic nature of the U.K. racism that killed these two young men. The artists highlight in particular that police brutality is not a uniquely American phenomenon.

Mouayed Bashir’s family called emergency services as he was experiencing a mental health crisis. Nine officers and a number of police vehicles responded to the family’s call, applying hand cuffs and leg restraints to Mouayed – who was not under arrest or suspected of a crime – while waiting for an ambulance.

Police laid on top of him despite his family informing officers that they were aggravating an injury he had sustained a few weeks earlier. The ambulance arrived almost 2 hours later and Mouayed was pronounced dead shortly after arriving at hospital.

While Mouayed’s death has been referred to the IOPC, no officers from Gwent Police are currently being investigated in relation to the case, despite clear signs it was caused by excessive force and police restraint.

Mohamud Hassan was arrested at his flat in Cardiff on suspicion of a breach of the peace and was held at Cardiff Bay police station. He was released the following morning without charges, returned home with multiple unexplained injuries, and was found dead later that day.

According to reports in the Guardian, it was estimated that Hassan had been in contact with over 50 police officers the hours before his death. The police have denied allegations of using excessive force whilst he was in custody.

Weeks after South Wales Police announced its own internal investigation had exonerated all officers involved of misconduct, IOPC investigators served 5 of those officers with Section 17 notices, notifying them that they are now being investigated for misconduct, gross misconduct, falsifying entries in custody logs and excessive use of force.

“As artists and activists today, we need to work much harder to get people to look. We’re in a world full of images, where everyone is always ingesting ideologies passively, but with subvertising, we’re making what’s under the surface, what the police are not saying out loud, visible–using the same means by which the cops are trying to make it invisible.” said Indrani, a Leeds-based activist.

“We wanted to pay homage to these men, to their families, who are still fighting for them today…to use photographs that the public recognized, but that also showed these men joyous, happy, smiling. It was important to us that their loss was felt by viewers of the posters–that for a moment, they became everyone’s son or brother. In doing so, the public begins to realise the weight of needing to bring these men justice for something that should never have happened in the first place.” said James, a Nottingham-based organiser.

“By using the logos and format typically seen in police recruitment adverts, we’re replacing the idealised image the police want to project with the reality of their deadly actions. I think that juxtaposition is effective because it’s confronting to everyone who sees it – we’re forcing them to integrate brutality into their previous conception of police. We’re reclaiming the narrative from the police and giving it back to the people, particularly victims of police brutality,” commented Gemma, a Brighton-based activist.