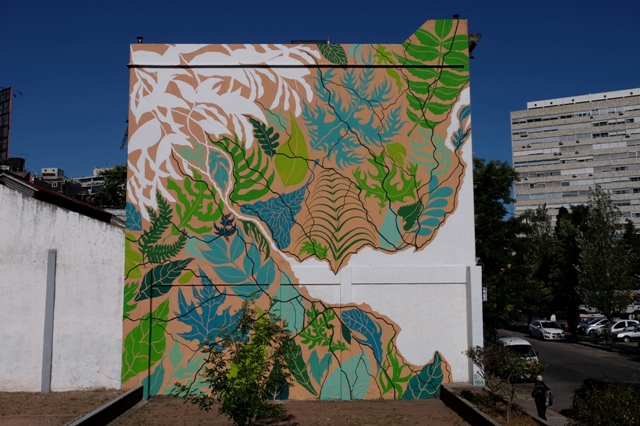 Here is the first wall painting in Montevideo by Gola Hundun (URUGUAY). The mural concerning the Rio Plata conditions depicts an intensive cultivation explained through a colourful painting.

Its name is Ragioni/Regioni (Reasons/Regions) and it has been painted by Gola Hundun invited by Ottovolante in partnership with Montevideo City Hall.

The wall, located close to the forgotten rail station of the city, has been inspired by Rio Plata and its massive proliferation of cyanobacteria algae into it. In the last few years, water PH and environment balance have been affected by fertilizers and pesticides since Uruguay produces mostly rise and soy cultivation as main sources of exportation. Soy cultivation is on the base of of zootechny industry, but also the main reason of greenhouse effects, global warming and desertification. 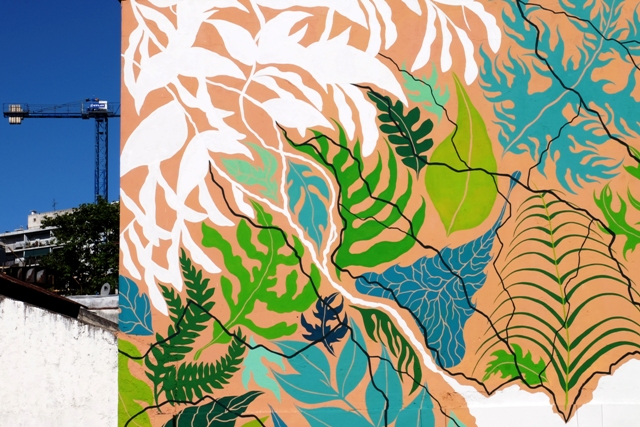 Italian artist Gola Hundun takes the opportunity to speak about recent environment disasters through his green tonalities and his stroked signs. In his piece, leaves and phytomorphic elements are interrupted by a fragmented white line that resembles the Uruguay coast profile, seen from a top view.

Therefore, the sea is painted in white, since white is the colour of absence, as the lack of balance which surrounds Rio Plata and the ocean. It takes origins in a soy plant, represented in its silhouette. In the overall composition you can also note some strict lines in black: those lines are the streets of Uruguay and Argentina, heavily concentrated in two points representing the city of Montevideo and Buenos Aires.
Gola Hundun’s green palette has been mixed to the white and black to emphasize respectively the lack of balance in the water ecosystem and the street as a symbol of the humanization of natural landscape. 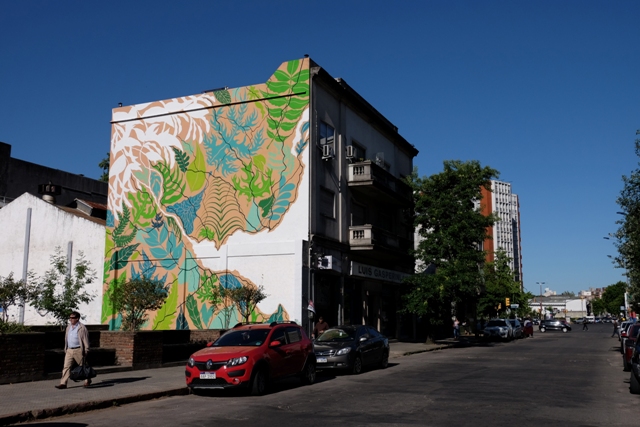 This artpiece is a way to point out an Uruguayan environmental issue but also a way to inform about a common topic concerning different territories of different parts of the globe. 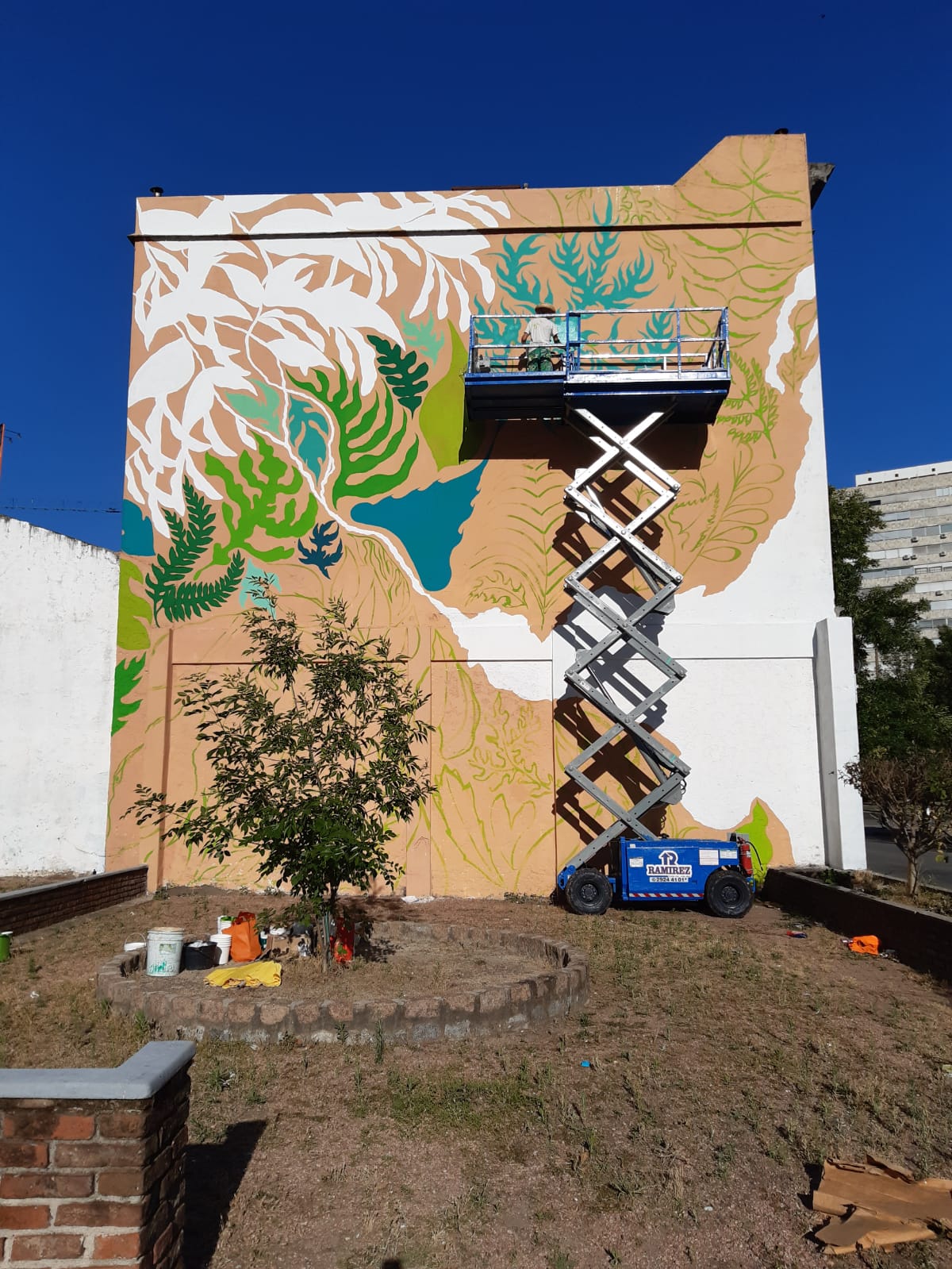 OTTOVOLANTE association based in Bologna based association which build artistic bridge between Emilia Romagna/Italy and Uruguay Argentina
www.associazioneottovolante.com/