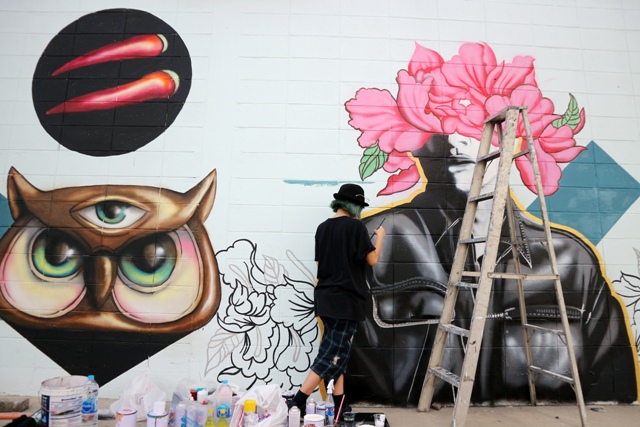 Crist Espiritu and Angge Lorente, visual artists based in the Philippines collectively known as Glitch Glitch, have shared with us images from their recent mural project in Bangkok, Thailand. Here is their experience from the trip with their own words!

”It started with a struggle to stay awake after a long sleepless night. Arriving at the airport during the early hours of the morning, I was greeted by a sense of dreariness. The airport before sunrise is a bleak place of overpriced coffee and dank smoking areas. It’s a place of sleepless contemplations and strange reverie. An uneasy place that everybody is eager to leave. The monotonous initial part of the journey drags on to the 4 hour flight from Ninoy Aquino Internaional Airport until touchdown at Suvarnabhumi Airport.” 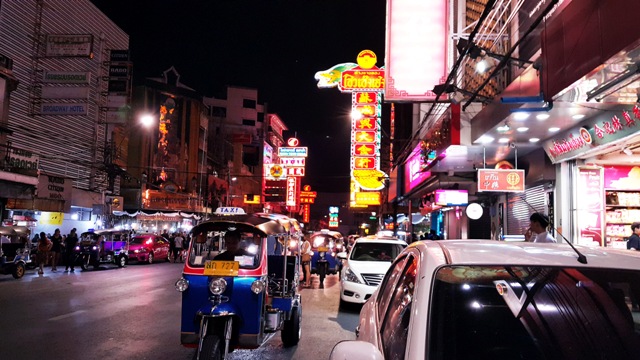 Suddenly, after a train ride to the heart of the city, all the dreariness is gone. Obliterated by the surging energy of the streets. The noise, the sweet smells of fantastic street food cooking, the chatter of buzzing locals; a barrage of new stimuli. Excitement, a bit of fear and nostalgia rushes in. A jolt of inspiration. I have arrived. I’m in Bangkok once again.

This is my second time in Bangkok. Me and visual artist Angge Lorente,the other half of Glitch Glitch, have visited this magnificent city two years ago. During that time we have collaborated with Midnice Gallery on a mural project. It was during that trip that we’ met Nam, Steve and Namtan, proprietors of Midnice and Limo, a local artist who hooked us up with the project. It has since then become one of the best creative experiences of our lives. So now, being back in Bangkok for another street art project, I cannot over state how excited we were. 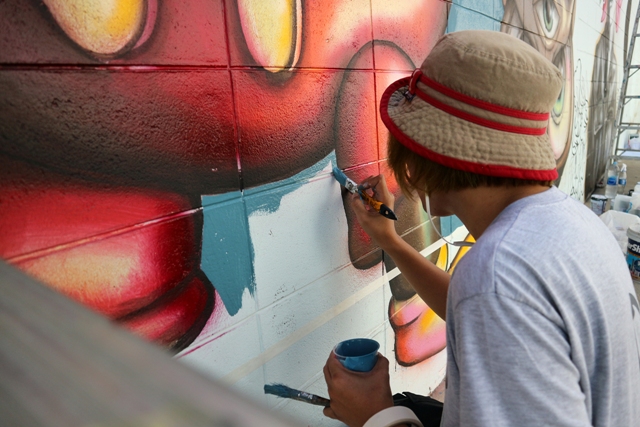 It’s always exhilarating to create public art outside your own city. A sense of adventure resonates throughout the entire painting process affecting the outcome of the artwork. Within the walls of a foreign city you tend to pay attention to your surroundings more intensely than usual. One’s mind becomes a sponge greedy for all the new stimuli. The whole vibe of the place seeps into the art. In our case (Glitch Glitch), it is that feeling of displacement that influence the outcome of the artwork for that particular city the most. Perhaps being away from home, our comfort zone, triggers a heightened sense of awareness to possible concepts for impactful visuals. Bangkok is generous when it comes to providing the inspiration. All one has to do is look around and surrender to all that she throws your way.

For our mural piece we were inspired by the amazing contrast of old traditions thriving in a modern metropolis, the shady nightlife, new flavors and textures from the array of street food, and the friends we made along the way. 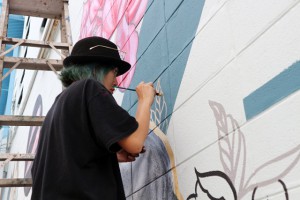 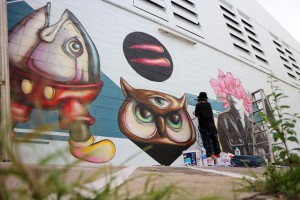 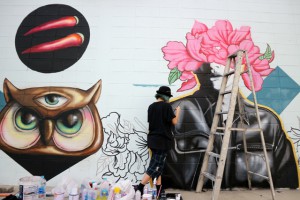 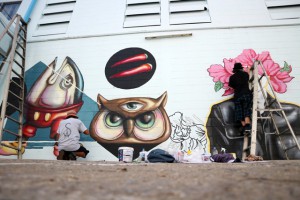 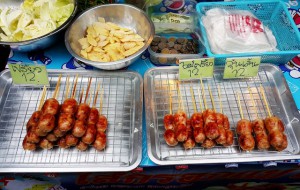 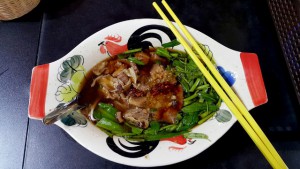 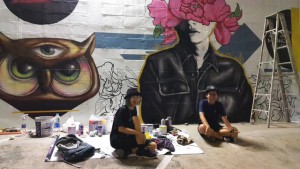 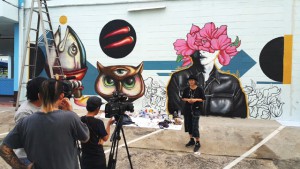 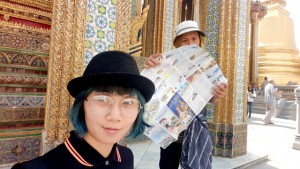 We painted in an area called Lad Prao, a relatively more quite part of Bangkok. We worked on our mural for 3 days all the while hanging out with other local artists and enjoying the things the area has to offer. Midnice Gallery owner, Nam was very helpful throughout the project. Glitch Glitch shared a huge wall with local artist Asin whose works could be seen all over the streets of Bangkok. Other Thai artists who participated in the project were Limo (the event organizer), Abi, Jek and Zion. Everyone has his own style and was very nice to us. There was nothing but positive reception from the local passers-by who saw all of us working on the murals. Appreciation for interesting art easily broke the language barrier between us. To be able to create something that transcends cultural boundaries is incredibly satisfying for an artist. 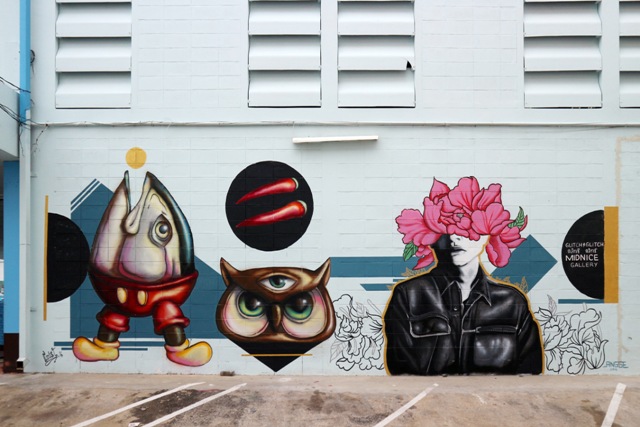 This is perhaps why travelling and doing “street art”/ public murals just makes so much sense. I see them as a one-two punch that creates a truly raw creative experience. Together they become a unique process of immersing one’s self in the unfamiliar and letting the imagination run wild. It is about meeting new people, experiencing their culture, instantaneously translating new information into visuals and at the end of the day, giving them an artwork in return. It’s an honest process that shines a romantic light on art. The sense of fulfilment from all of it always makes it hard to leave.
And towards the end as the unrecognizable chatter fades your heart slowly breaks. You wish you’ve taken more photos. You wish you got drunk more often. You wish things wouldn’t end. At least not yet. Because being with good people in a place brimming with inspiration…one can never really get enough of that. 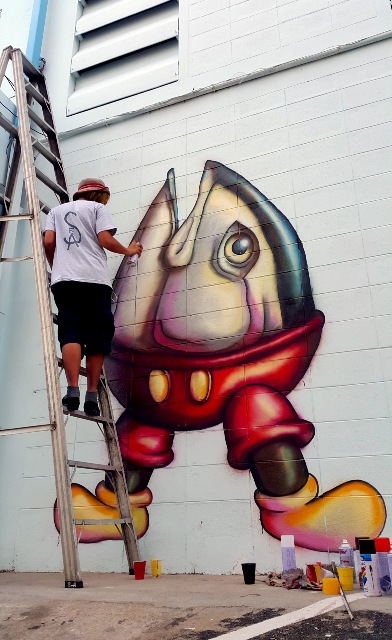