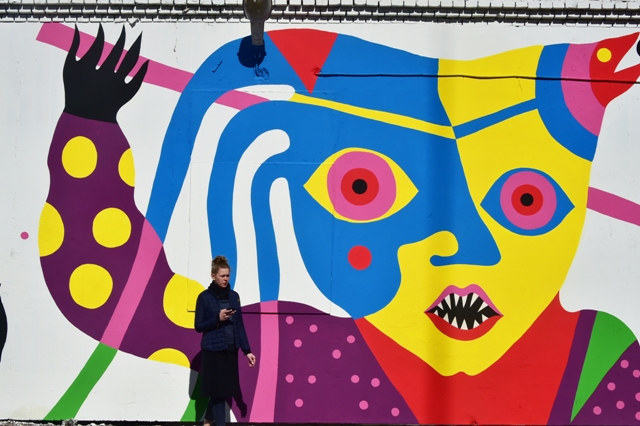 A magical mural with colours inspired by ancient myths, Gio Pistone presents his latest creation all the way from St Petersburg. Here is a description provided by the artist explaining the concept that inspired the work:

There are Myths we live by.

Not only the ancient mythology in which we are rooted, but also the modern ones, where we live often without understanding their meaning.

The Myths of Progress, History, Development, the Myth of Future Forecasting.

We live by daily myths like money, sex, food.

The creation of Myths belongs to humanity from the early civilisations, and just like religion, it provides a moral background to communities, some rules to live by, where the use of fear plays a fundamental role.

Through this mechanism, shared values and mentalities are consolidated.

To tell this story, I used old and contemporary myths.

Among them, there are 6 protagonists, key figures which mirror trends and fears in the Western and world wide communities: fears based on false myths. 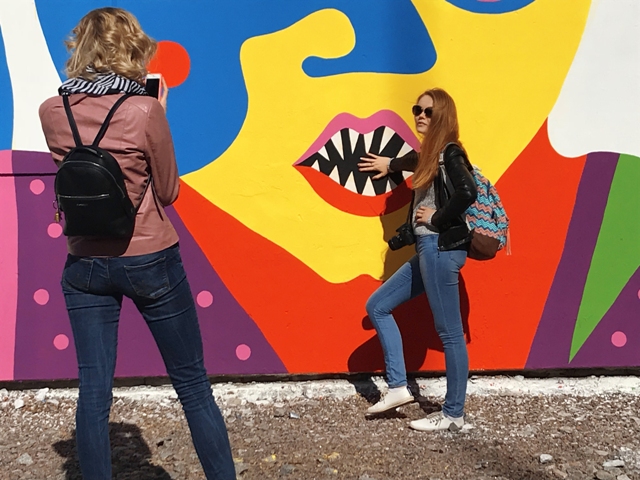 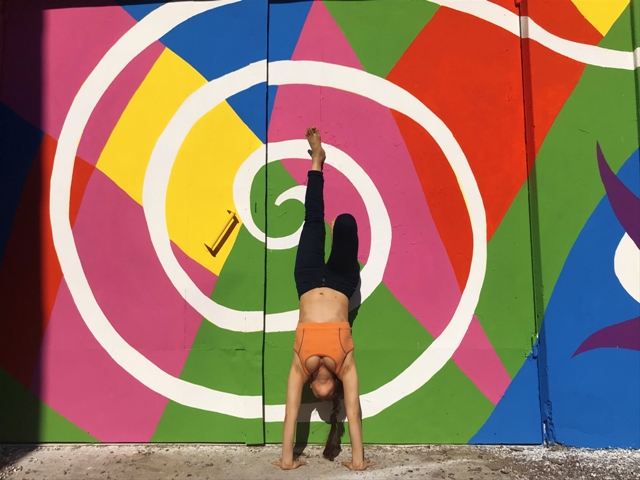 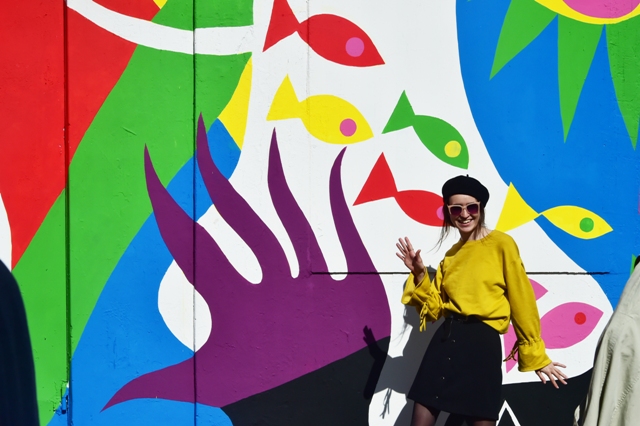 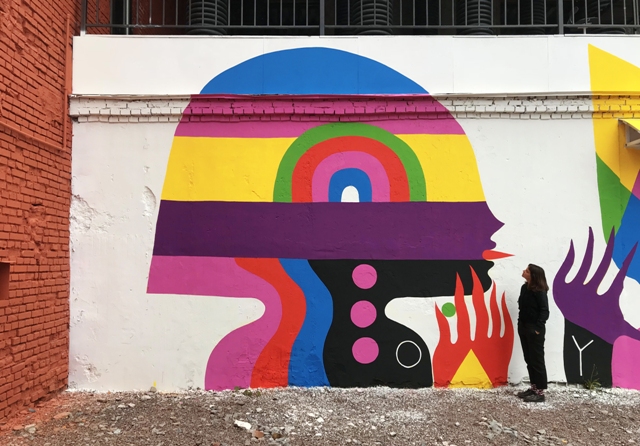 She represents the fear of single, unmarried women, without children. Different women, to be pushed away.

Ubu Re, the dictator.

He is a character who comes from the theater of Jearry. To me, he represents the terror of power that can not be countered, the horror of uncontrolled, cruel and sadistic power that comes from above.

Karisiri, the Bolivian vampire.
In my opinion, he represents the fear of inner and outer solitude, felt even in the middle of a crowd: the fear of being lonely, without friends or family. He finds you when you’re alone, he acts like a friend just to kill. You need to live protected, in a family. 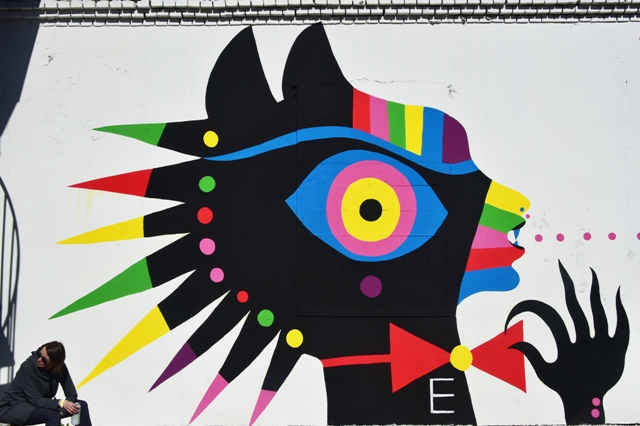 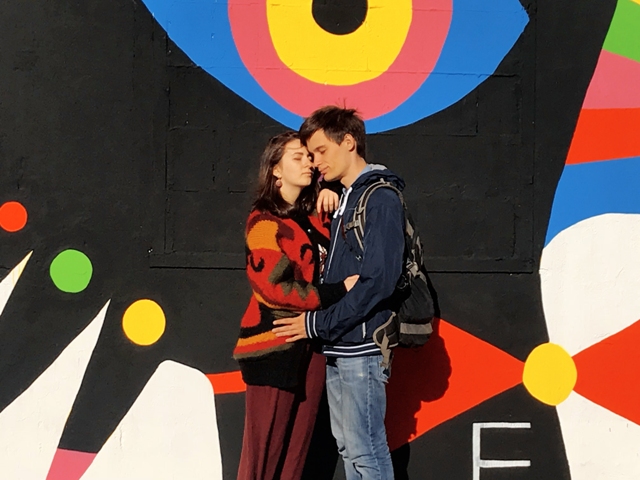 Hippopotamus, mamon cat, black cat.
We find him in many different mythologies: he’s the servant of the devil.

In this case, I was inspired by the novel of Bulgakov, “The Master and Margarita”.

The fear of not knowing, of not being able to control, the occult. The fear of those who hyde, who don’t show themselves immediately. 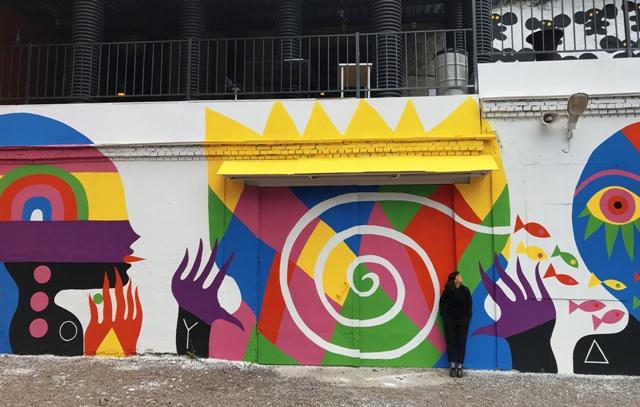 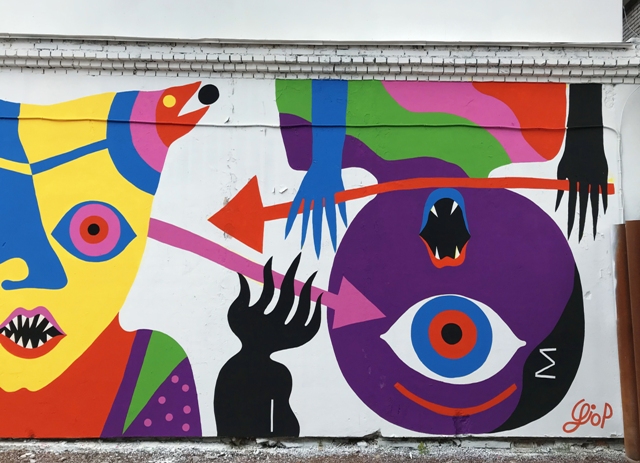 Polyphemus, the giant.
He represents the fear of those who are different, outcasts isolated from others, therefore fierce.

And finally Ulysses, who represents intelligence and rationality.
He is the key figure of the all work.
He breaks the circle, breaks the ties. He uses the reason to reach his goals, without fear.

Oudeis, in Greek means Nobody: it’s the name Ulysses uses when talking to Polyphemus through which he’ll save his life.