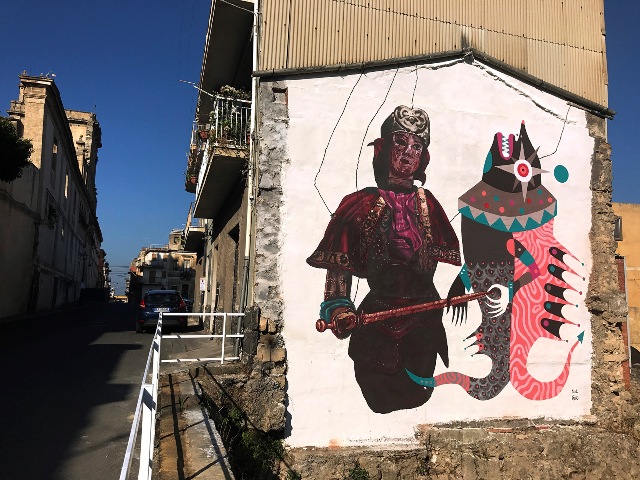 Nicola Alessandrini and Gio Pistone are two Italian artists who have been active for many years, both working on an international level, individually and together mainly for communities and the urban art sector.Their latest project has been realised in the town of Lentini, a province of Siracuse (Sicily, Italy).

The mural was inspired by one of the stories that took place inside the specific building, called Palazzo Beneventano. During World War II inside this palace puppet shows used to be held. These shows were inspired by the Chanson de Roland and were typical of the Sicilian tradition. They aimed at distracting local children from their fear of war and distance them from their soldier fathers who had left. The image of real war thrown out by stories of imaginary war touched the artists deeply. 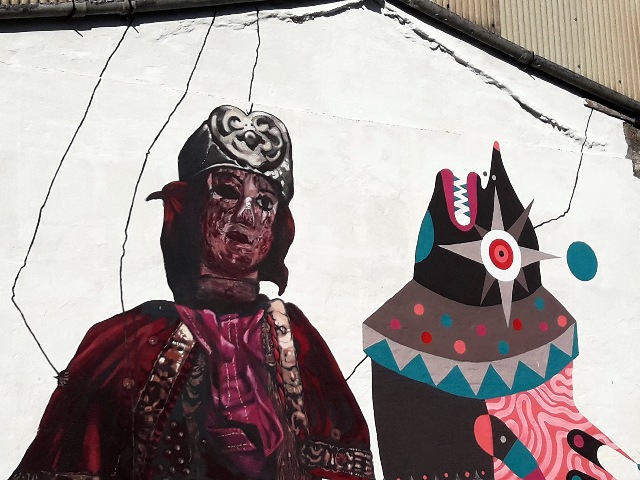 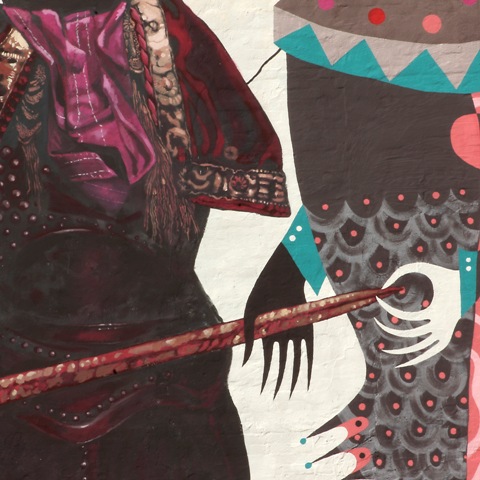 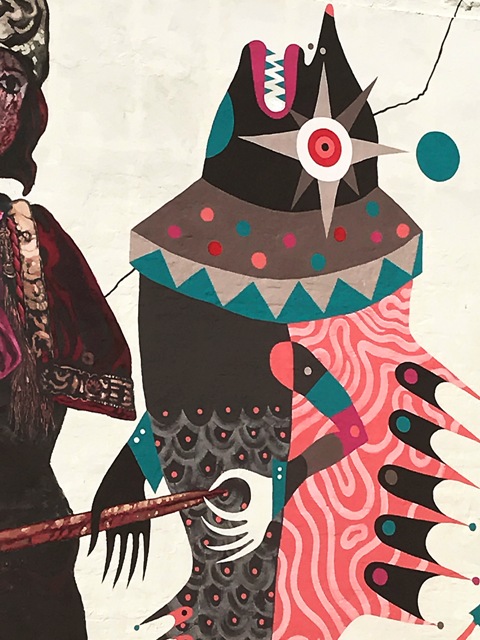 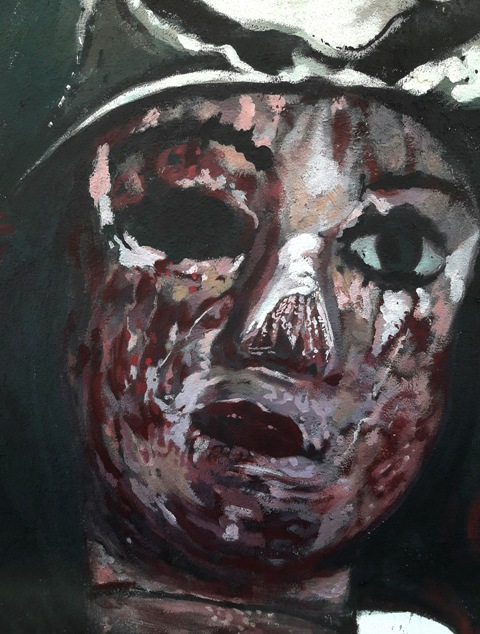 We thus decided to talk about one of our visions, taken by Chanson de geste and the Pupi (puppets) because they represent something incredible in street folk art. They are a unique expression of literature, musical tradition and figure in this region.  Not by chance, the artists focused upon the fight between Ruggero and the terrible orca: it is actually a very strong story from a scenic point of view, and the main character is perhaps the least heroic of heroes, not weaker than the others, but maybe the most human, easy prey for temptations and above all existential doubts. 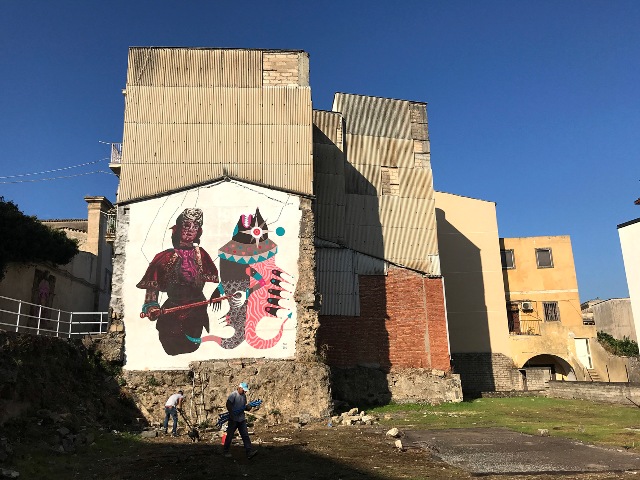 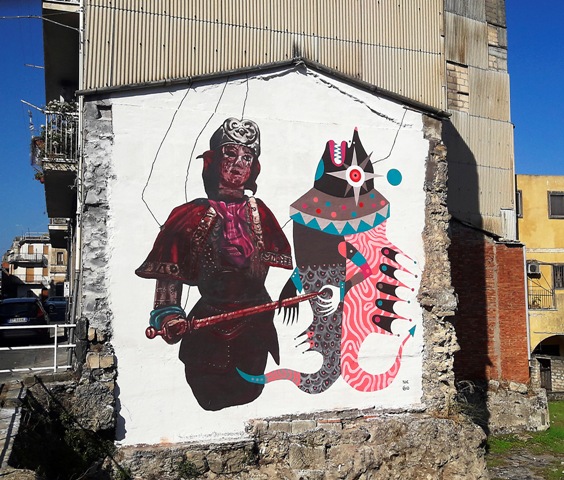 In the words of the artists, as they explain further: ”The fact of us working on two antagonist subjects in battle allowed us to individually focus on a specific one, stuck to the other: through a deliberately static and anti-narrative representation, a conceptual balance arises between the two (thus overturning the original story and iconography). In the scheme of the representation, they neither overpower nor have a greater weight than the other, amost to symbolize the sense of eternal stagnation of wars, in which fighters are nothing more than “puppets” in the hands of power. The colours we chose are dark shades, red and ochre, combined with a turquoise (this colour is also a symbol of Ruggero), to emphasize the archaic, earthly nature of our work and the legend represented.”