International artist based in Barcelona Jorge Rodríguez-Gerada intervened the facade of the Westin Hotel in New York (42nd Street w/ 3rd Avenue). He worked on it from March, 29th to April 10th as a part of the Street Art For Mankind project, which focuses on fighting against child slavery and human trafficking. 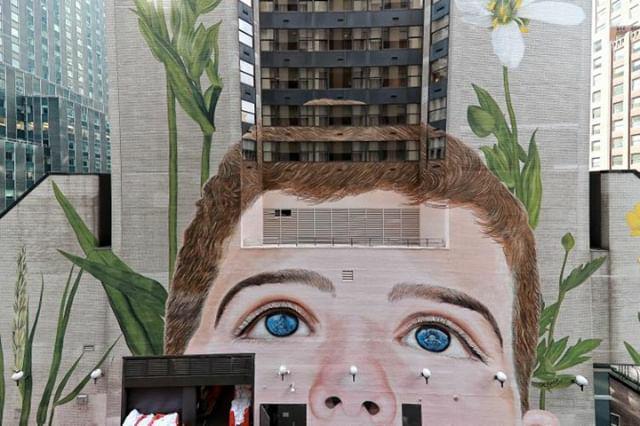 This large scale mural is another step beyond in Gerada’s vast list of works implying human rights consciousness and social awareness. 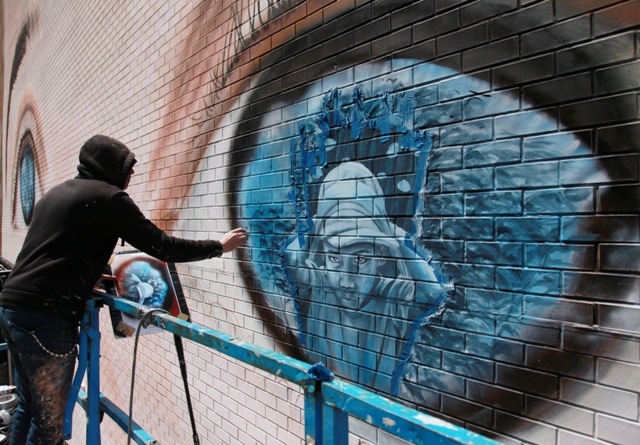 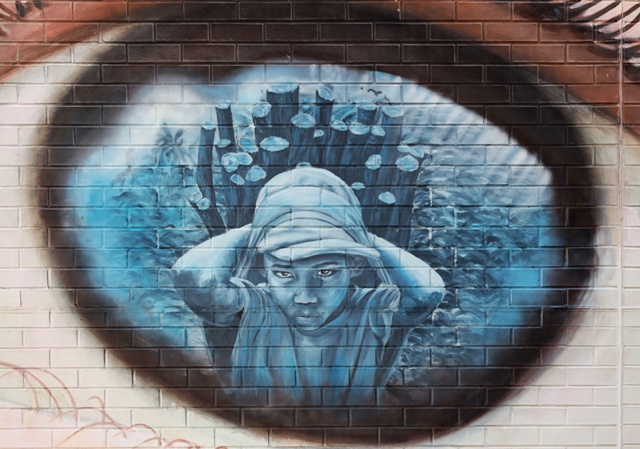 The International Labour Organization (ILO) was established 100 years ago, after the First World War, on the understanding that universal and lasting peace would not be  achieved without social justice. To commemorate this historic occasion, the ILO partnered with Street Art for Mankind to curate multiple street art murals around the United Nations Headquarters representing images related to decent work. Clandestinos, Faith XLVII, Mr Cenz and Victor Ash are some of the other big names involved in this great initiative. 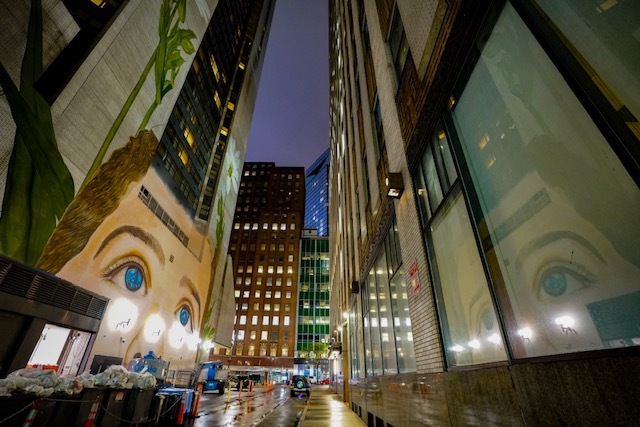 Jorge Rodríguez-Gerada is a multidisciplinary contemporary artist born in Cuba in 1966, and raised in the United States. His work is mainly created at large scale in urban spaces around the world such as the United States, Morocco, Lebanon, the Netherlands, Argentina, France, the UK, Spain, etc. He was a founding member of the Culture Jamming movement during the early 90s in New York, with the groups ‘Artfux’ and ‘Cicada Corps of Artists,’ altering billboards and advertising on the street.

In 1997, he starts his solo career, moving to Barcelona in 2002, where he started his ‘Identity Series,’ a series of large scale, ephemeral pieces created using charcoal.

From that point on, he begins to develop his ‘Terrestrial Series’ (huge works, also of an ephemeral nature) created on the ground, and of such a magnitude that they may be seen from space. Among his other projects are the ‘Identity Composite Series,’ and smaller-format pieces for the gallery exhibitions such as the ‘Fragment Series’, ‘Urban Analogies Series,’ and the ‘Memorylythics series.’

Since 2009 he has also been the curator of the urban art festival Avant Garde Tudela, in Navarra Spain. Gerada has also collaborated in a numerous cultural projects and exhibitions. 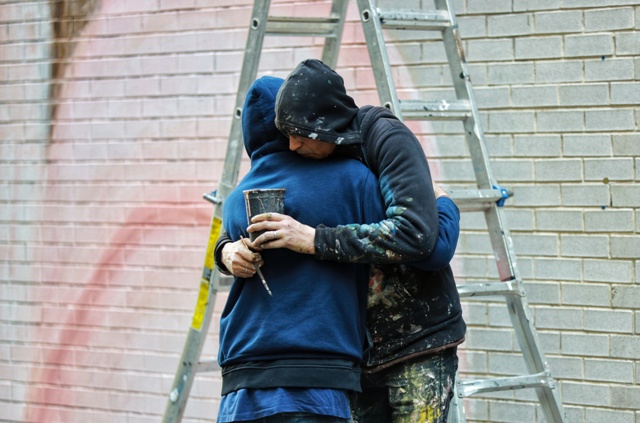