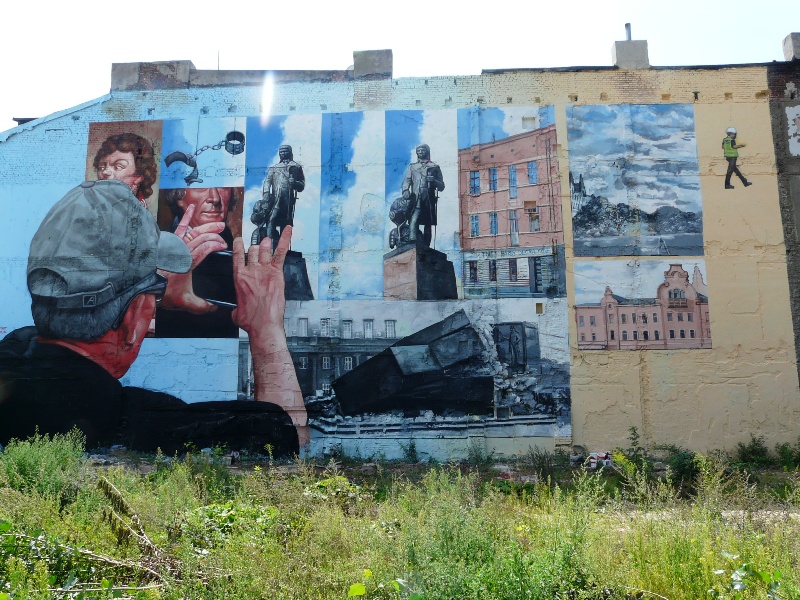 At the turn of July and August, at the invitation of the Urban Forms Foundation, Gaia aka Andrew Pisacane visited the city of Lodz, Poland. He is one of the most remarkable young street artists rooted in New York and Baltimore.

He created an impressive – in terms of form, content and size – mural “Dementia” there. The work of Gaia is a strong accent introducing the street art festival “The Energy of the City 2016”, which will be dedicated to urban cycles: construction – deconstruction – reconstruction. 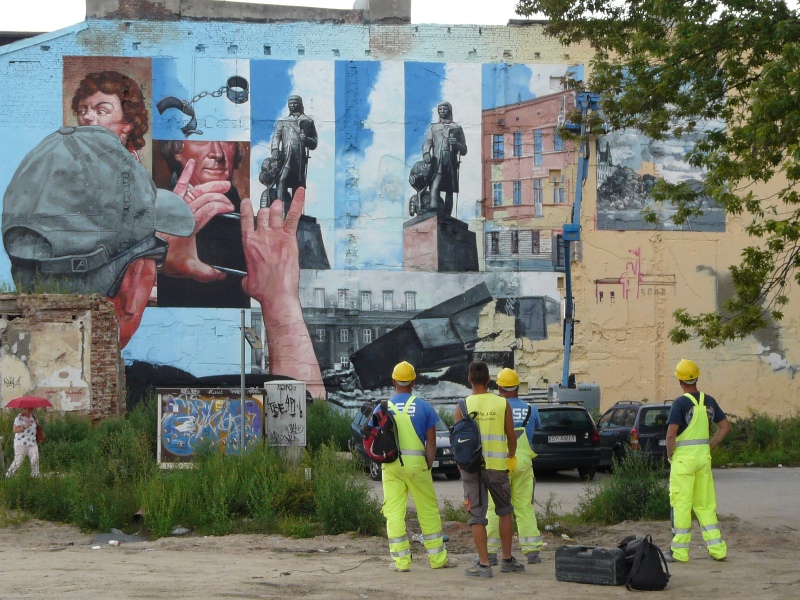 The protagonists of the mural are Tadeusz Kosciusko, and Thomas Jefferson, who met in the United States.

Gaia emphasizes that “A portrait of Tadeusz Kosciusko is adjacent to the truncated visage of Thomas Jefferson with shackles over his eyes. In Kosciusko’s will, he expressly stated that his estate would go towards the emancipation and education of African Americans in the South. Tragically Jefferson never executed his friend’s wishes thus exposing the abhorrent double standard of liberal democracy.” 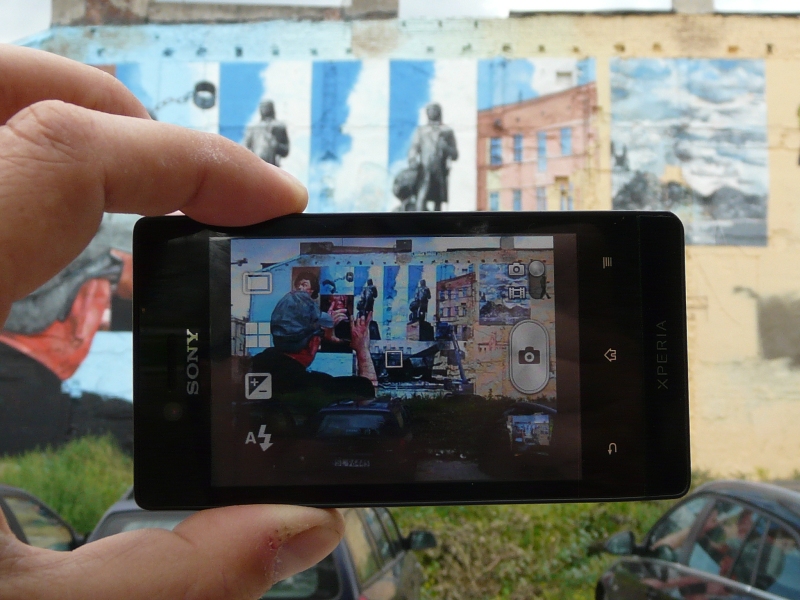 Mural shows the 3 versions of the Kosciuszko monument on Wolnosci Square in Lodz, which represent the successive stages of its history: construction in 1930, destruction during World War II, and finally reconstruction in 1960. On the mural the non-existent buildings surrounding the New Centre of Lodz can also be seen. The title, “Dementia”, refers to the gradual erasure of the past from the contemporary urban spaces. The artists noticed that „the painting draws a parallel between the demolition of the surrounding neighborhood and the contested history of Kosciusko as a national figure.”

Gaia was born in New York, and now he lives in Baltimore, USA. His works can be found in cities such as London, Houston, Chicago, San Francisco, Vienna, Detroit, Perth, Montreal et al. His style is defined by a deep interest in the place and its history that forms the subject and affects the form of his works. In 2015 he become a part the prestigious list of Forbes 30 under 30 Art & Style, presenting the most promising young artists and designers.