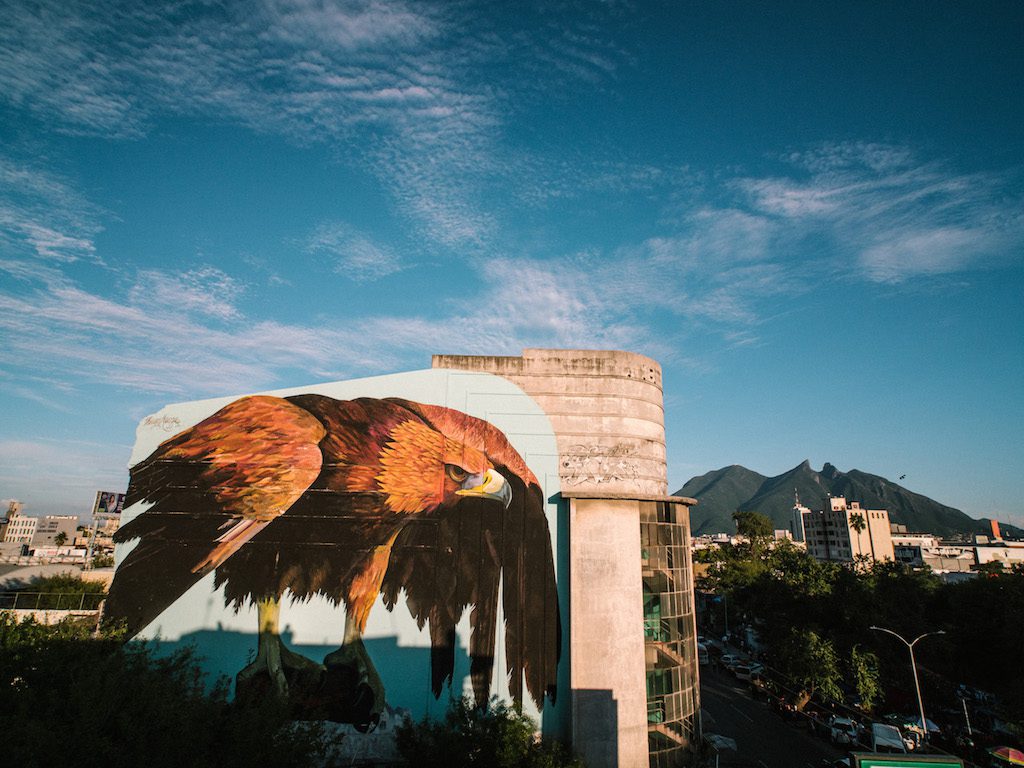 Honoring the strength of the Mexican people, a new mural was recently made depicting a beautiful eagle in the city of Monterrey. The Golden Eagle is a very known symbol of the Mexican culture and it symbolizes strength and endurance.

Made by the Brazilian artist Thiago Mazza for the IPAF Festival, just sortly after the latest devastating earthquakes that hit Mexico.

Just days after the devastating earthquake that hit Mexico, Thiago decided to honor the strength of the Mexican people by painting this 500 sqm wall with a huge Eagle. This wasnt the initial plan of Thiago´s wall but after what he witness in Mexico he decided that this was the right path.

The piece is called “Fuerza México” and it is 25 meters tall, in an area of about 500 sqm and the mural is located at the old Cinema of Monterrey. If you are passing by or living nearby dont forget to check it out! 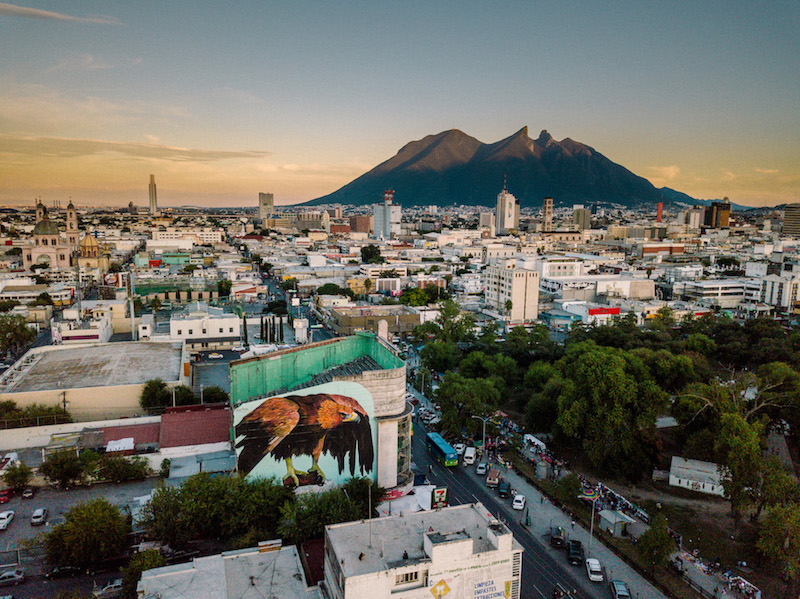 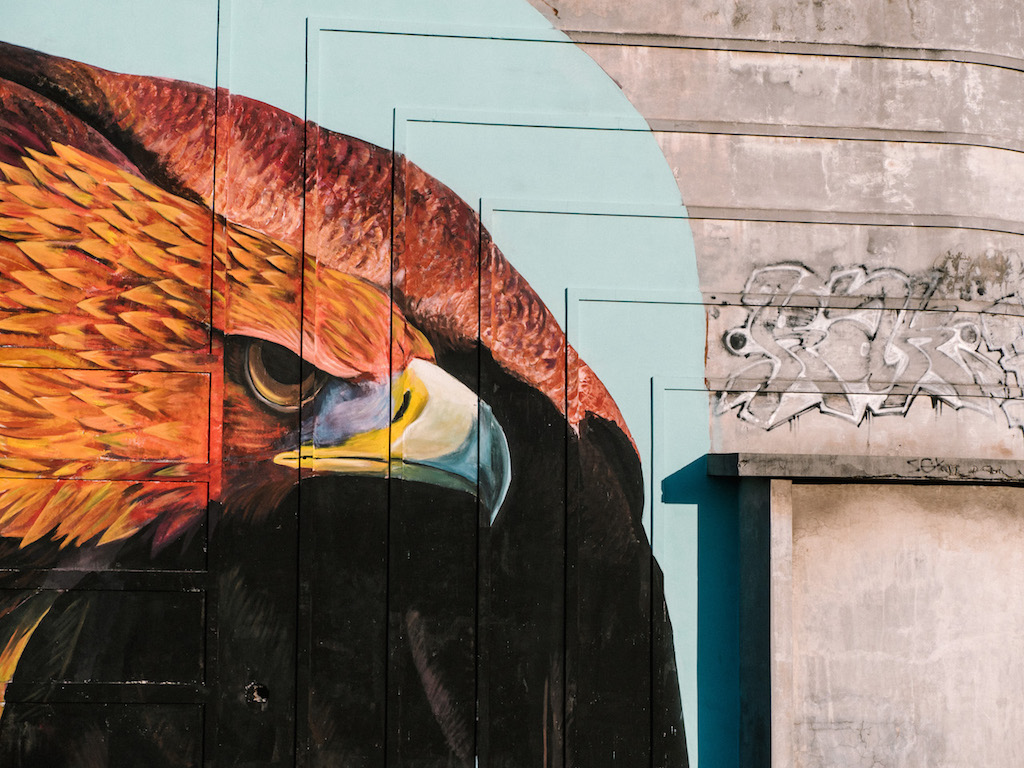 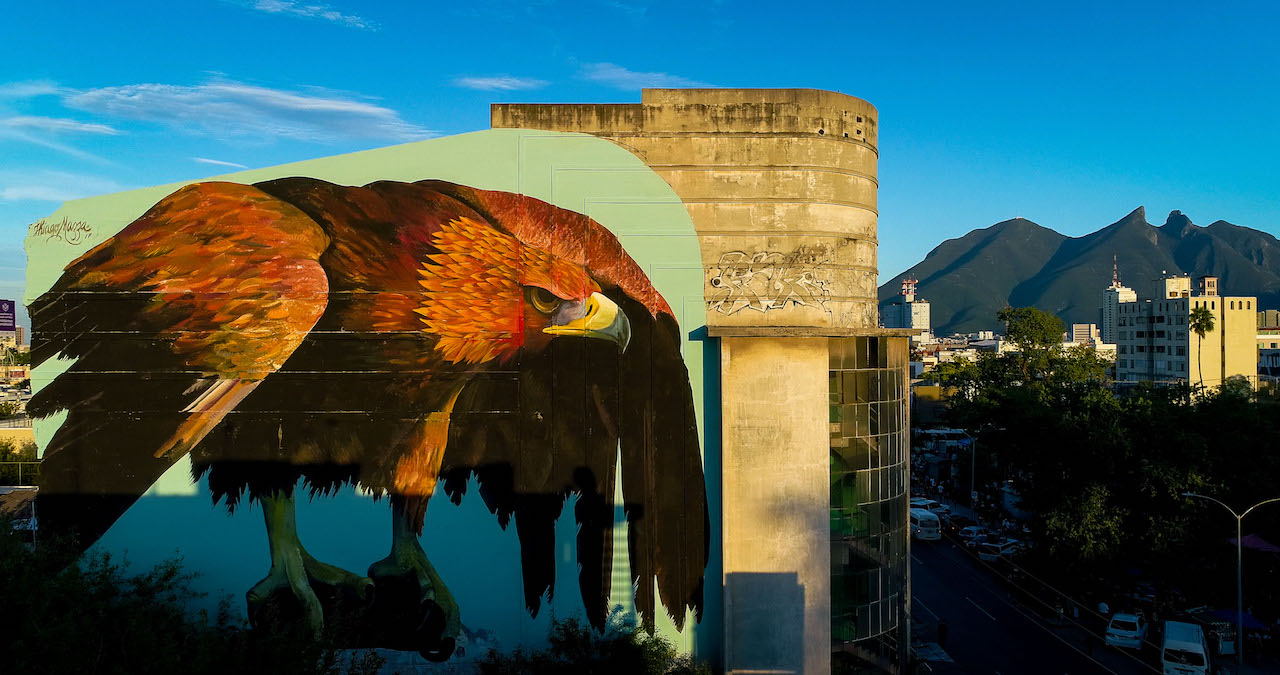