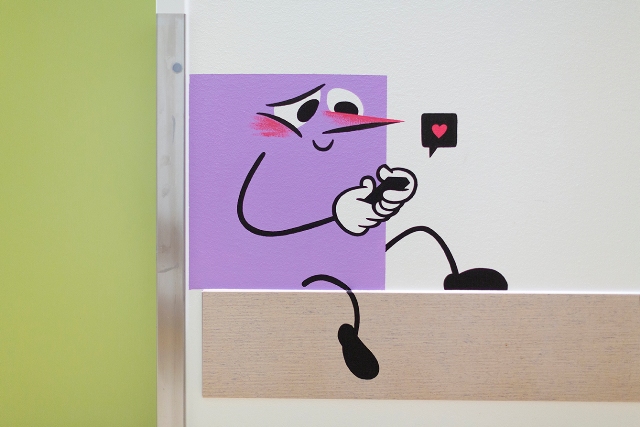 Akershus Hospital Children’s Department cares for children from 0 to 18 years old. Children undergoing orthopedic and surgical treatment or being treated for cancer can stay in the ward for many weeks. This Christmas it will not be possible for them to be visited by siblings or friends due to strict corona measures.

The idea behind the designs by father-of-three Skaren is that the character’s shape and color captures the little one’s imagination, while the older patients and staff will enjoy their humour and expressions. 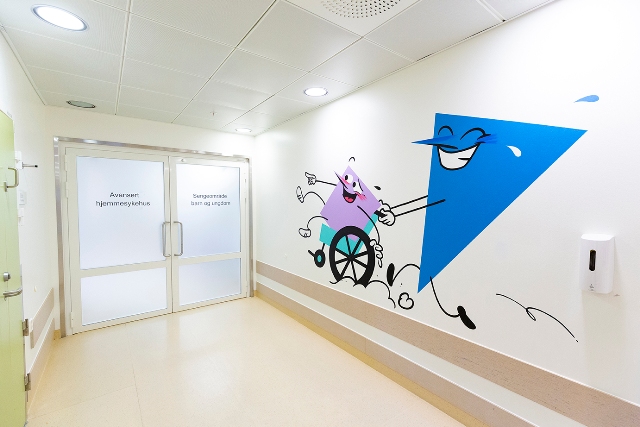 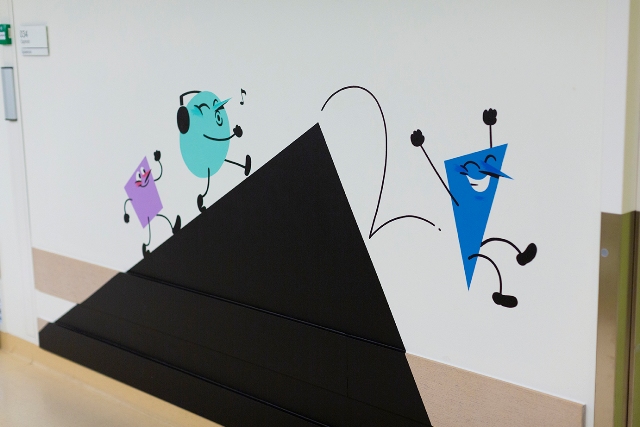 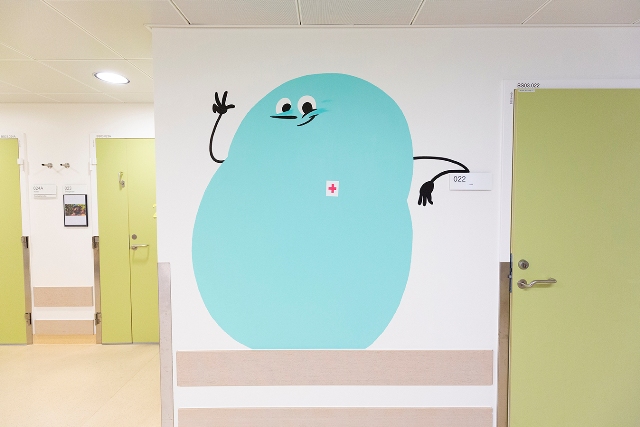 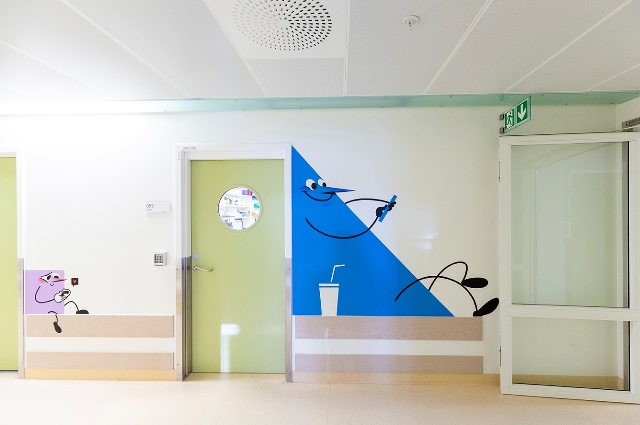 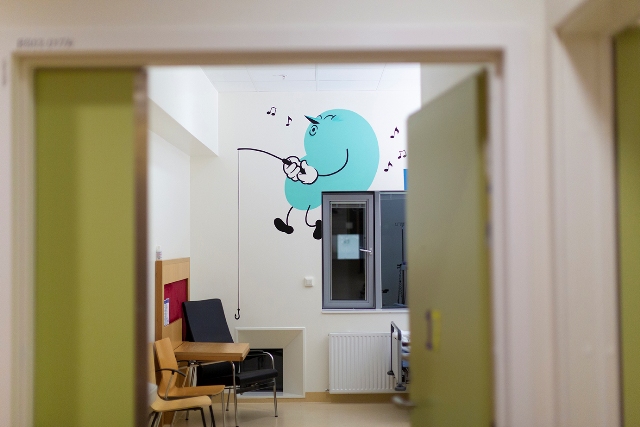 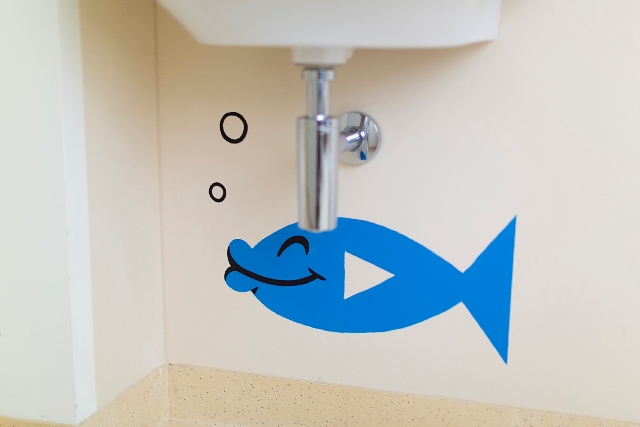 Head of Department, Else Andresen, contacted Street Art Oslo earlier this summer. She explains why art has an important role to play in this environment:

“Pictures, colors and figures capture children’s attention and can make the environment a little less scary and recognizable. They can be distracted a little from pain and fear, and it also makes it easier to start communication with them when we look at the pictures together.”

“Frode has created three characters that radiate energy, good humor and care for each other through working together to make things happen. His work definitely helps create a good atmosphere and is something that will be enjoyed for many years to come.” 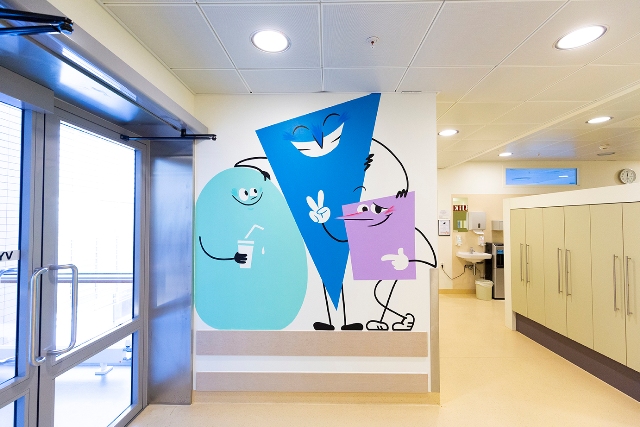 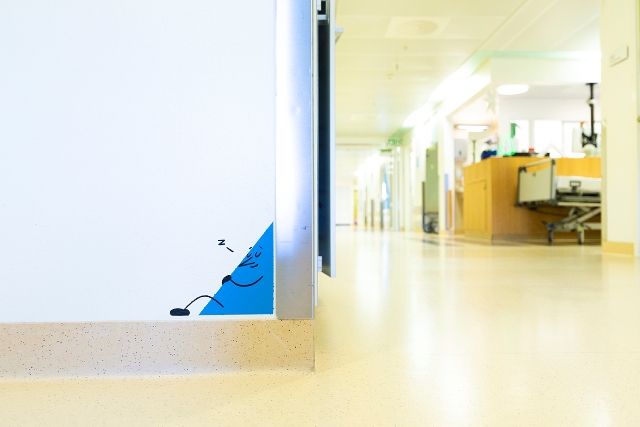 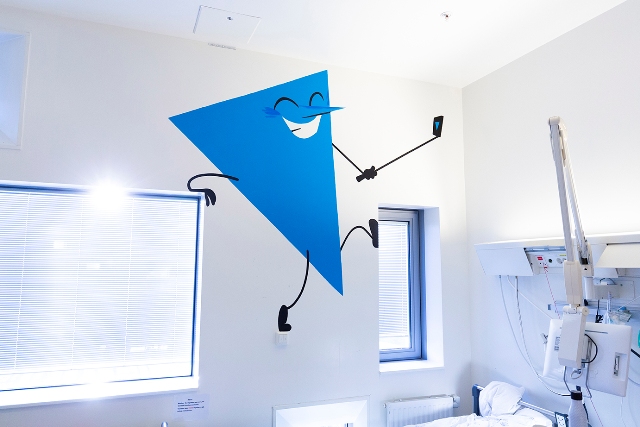 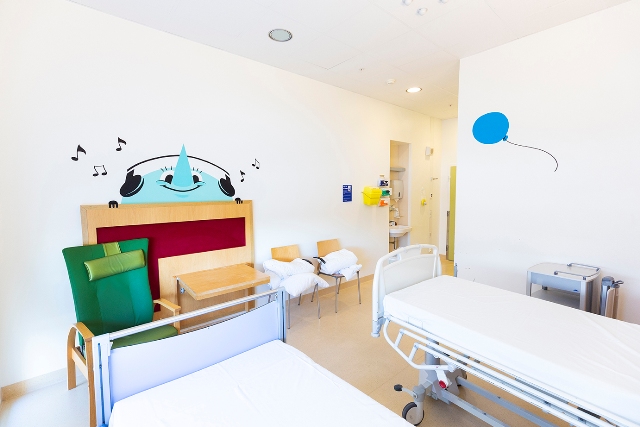 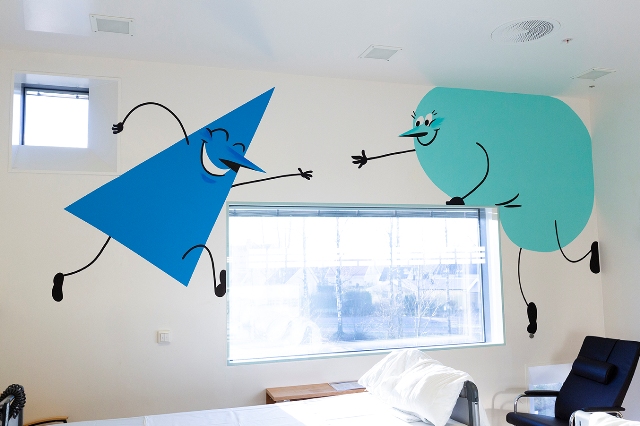 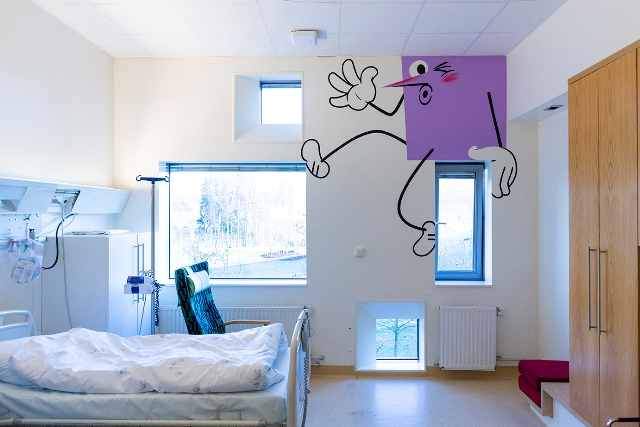 Street Art Oslo curator James Finucane decided to prioritise the project not only for the young patients but also frontline health workers who have had little to cheer this year:

“We´re not saving lives with this project but as Frode puts it, perhaps we can save a moment. It’s been an incredibly gloomy year, and this winter will be especially tough for children who find themselves in hospital over the holiday. The least we can do is give patients and staff something to smile about. With so many practical hurdles posed by covid-19, it also became a personal mission to create a meaningful art project during the pandemic period.” 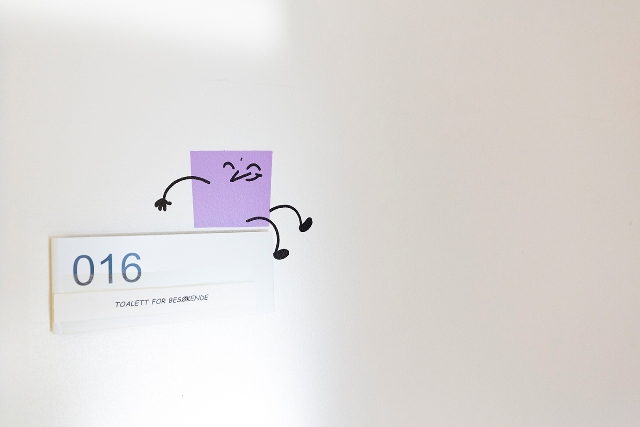 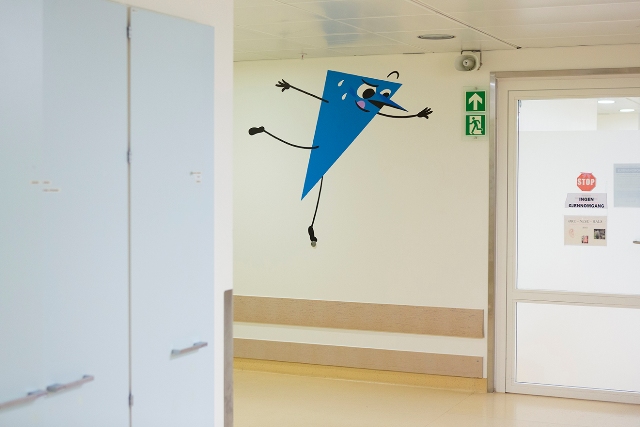 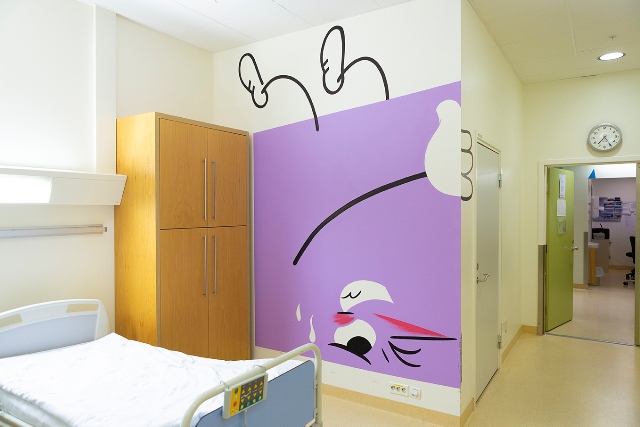 Artist Frode Skaren used his years of experience to build a narrative that can be followed from the entrance through the corridors and into each individual room:

“After being greeted at the entrance you pass through the double-doors with the characters and into their world, which is not scary but actually full of fun and playfulness. I chose universal shapes, such as squares, triangles and circles, which I hope will be timeless. The same characters are repeated, to create recognition in the little ones but I also added some hidden things that the older patients and the adult employees and visitors may also discover. ” 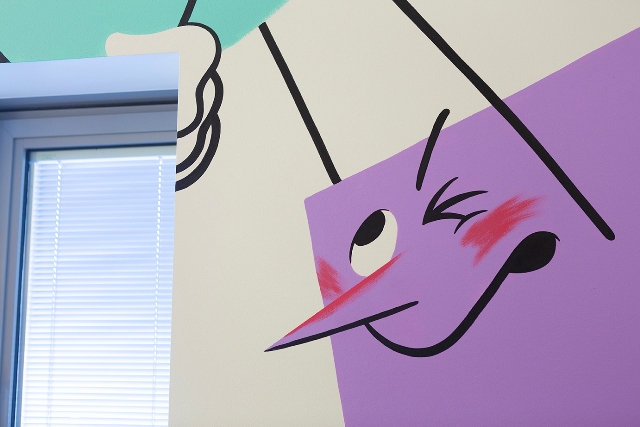 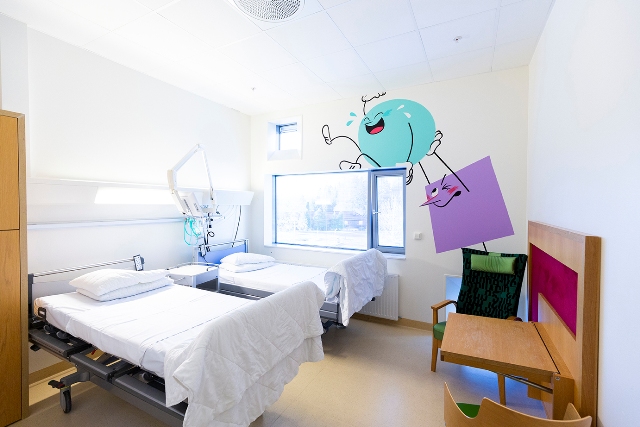 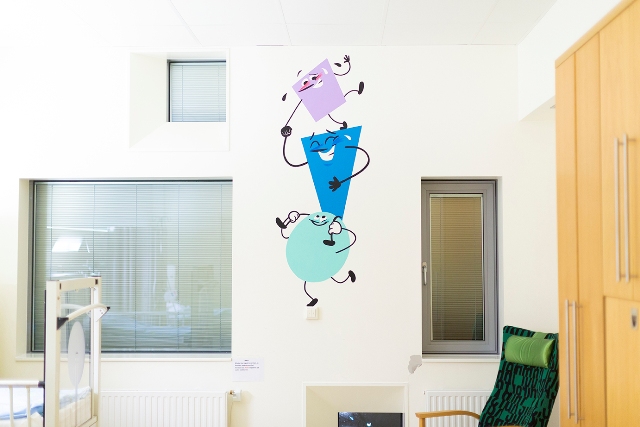 The project was made possible thanks to support from two local schools – Algarheim and Mailand – Oslo and Akershus Children’s Cancer Association and Lillestrøm bank. Following positive feedback, Street Art Oslo and Akershus Hospital are already in discussion about expanding the project in 2021.

Frode Skaren (aka Uglylogo) studied Visual Communication at Oslo National Academy of the Arts. After completing a BA he moved back to his home town of Kvinesdal to set up his studio in an old barn, complete with his very own screen printing table. Frode often works under the alias Uglylogo and is best known for his charming characters and playful motifs. His work has been featured in international magazines such as Creative Review, Monocle, Computer Arts, Business Week and Little White Lies.

Street Art Oslo is an online platform and IRL network founded by James Finucane consisting of artists, curators, producers and scholars dedicated to improving conditions for the production and dissemination of Street Art in the Oslo region.