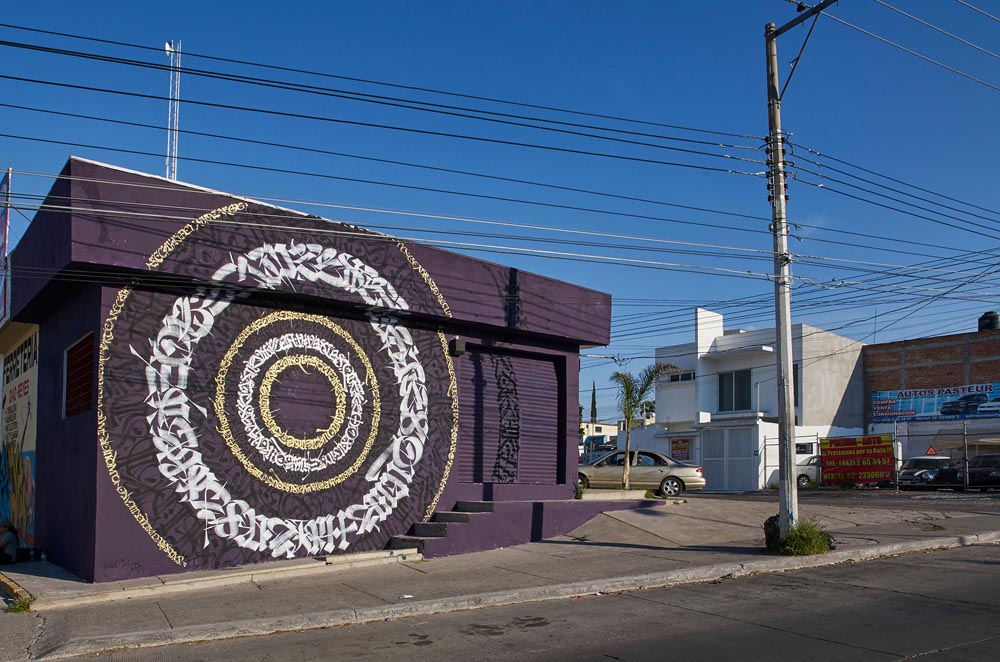 With the occasion of the Commemoration of the International Working Women’s Day Said Dokins shared with us two murals that contribute to honor women’s social struggle. The first one, is the one he is currently doing in the city of Coachella, California, for the “Coachella Walls” Festival, with the support of Date Farmer and the curated by Med Sobio, co-curator in 2011 of the annual “Wynwood Walls,” with developer Tony Goldman. The theme Coachella Walls is working on this year is “American Women: a Homage to the Women of the Americas”. 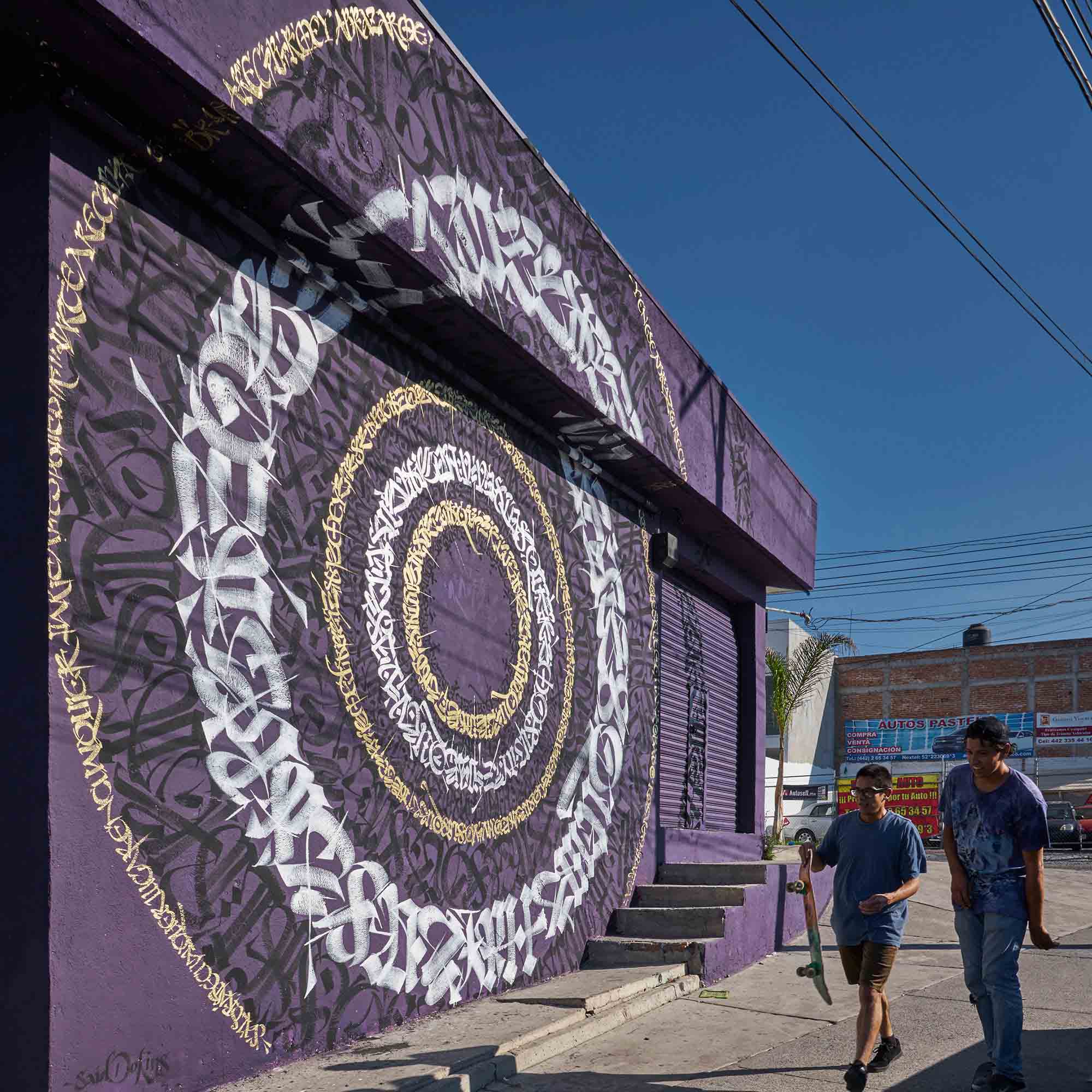 In this mural, he inscribes the names of some collectives and organizations lead by women, seeking and fighting for the defence of our human rights in Mexico and Latin America. Said includes the First Feminist Congress of Yucatan of 19191, the Movement of Women Liberation of the seventies, the fight of Zapatists Women in Chiapas, Comité Eureka of Mexico (Comité Pro-Defensa de Presos, Perseguidos, Desaparecidos y Exilados Políticos), the ANFASEP in Peru (National Association of Families of Kidnapped, Detained and Disappeared of Peru), the collective “Las Comadres” in El Salvador (Comité de Madres Arnulfo Romero), the movement Ladies in White in Cuba (Las damas de blanco), the Mothers of the Plaza de Mayo in Argentina (Madres de la Plaza de Mayor), the Mothers of Heroes and Martyrs in Nicaragua (Las madres de héroes y mártires), among other women social fighters in Latin America. 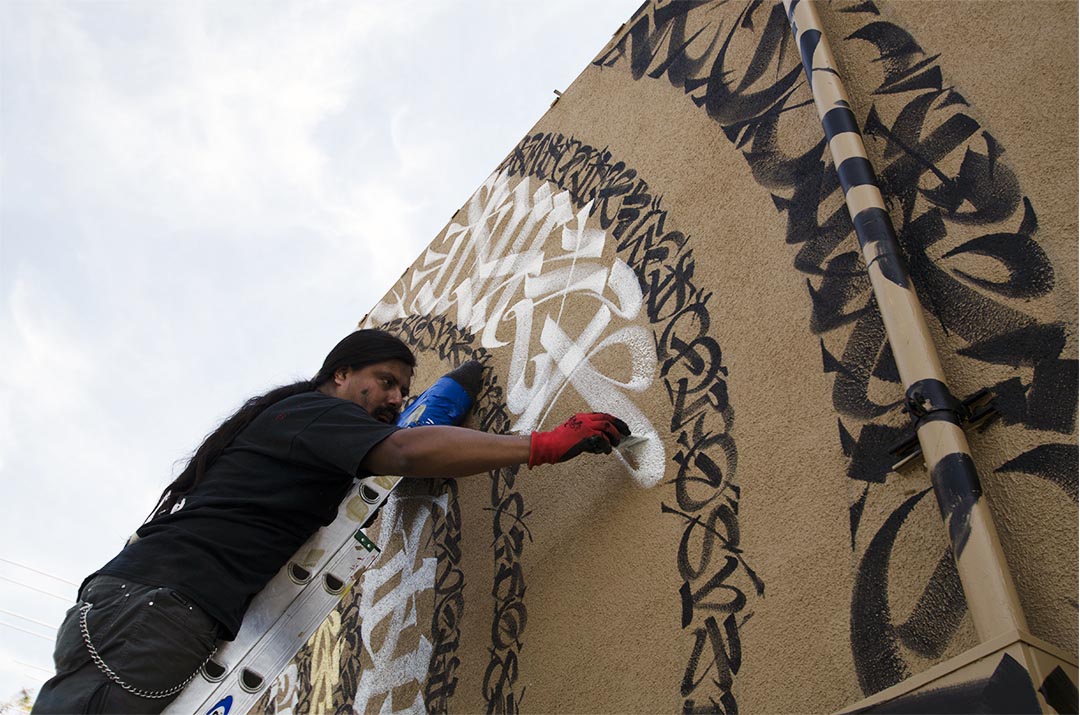 The second mural is entitled “Stolen Suns” (Soles robados) and was done during the Board Dripper Festival in Querétaro, Mexico. There Said made an inscription of a quote by Rosario Ibarra, a social fighter in defence of political prisoners and disappeared in Mexico since the seventies, who has been a key character in the social movements history in Mexico. 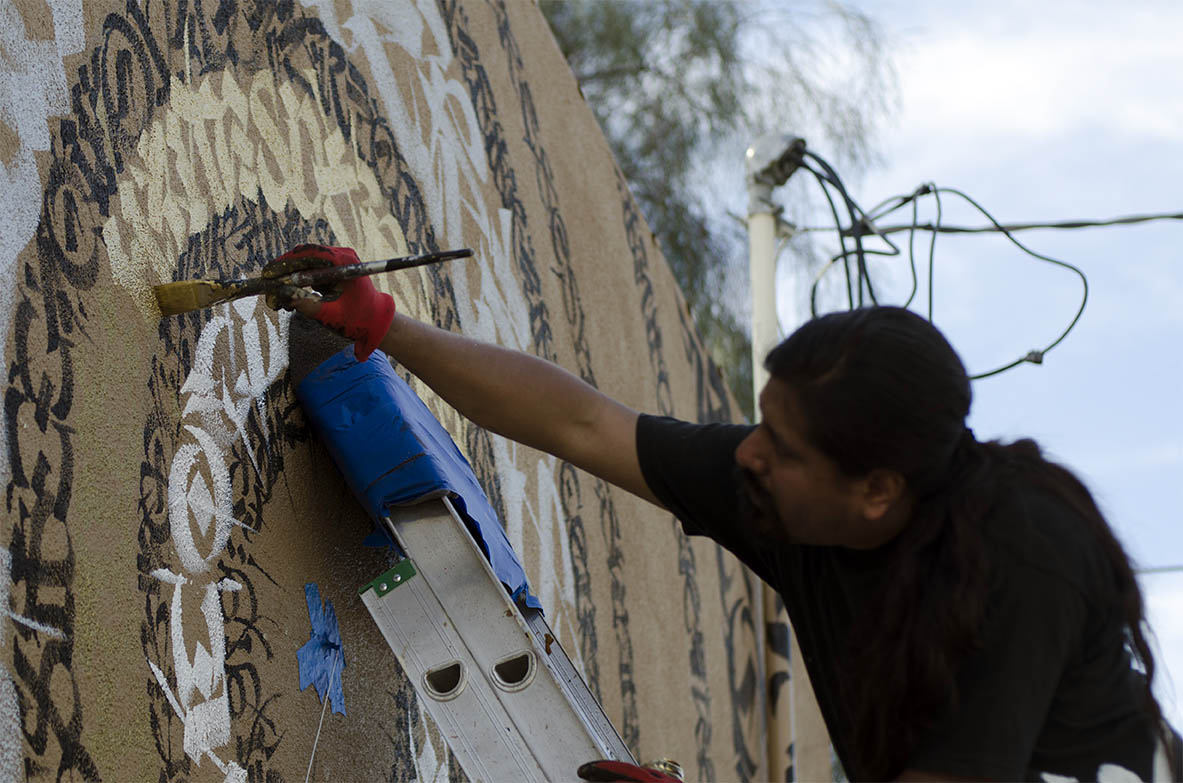 The quote is about her disappeared son and the constant struggle of Comité Eureka:

“You will rise from any place, anywhere, to greet and hug me, and recover in that embrace, all the suns that they have stolen from me.
They took them alive! We want them alive!” 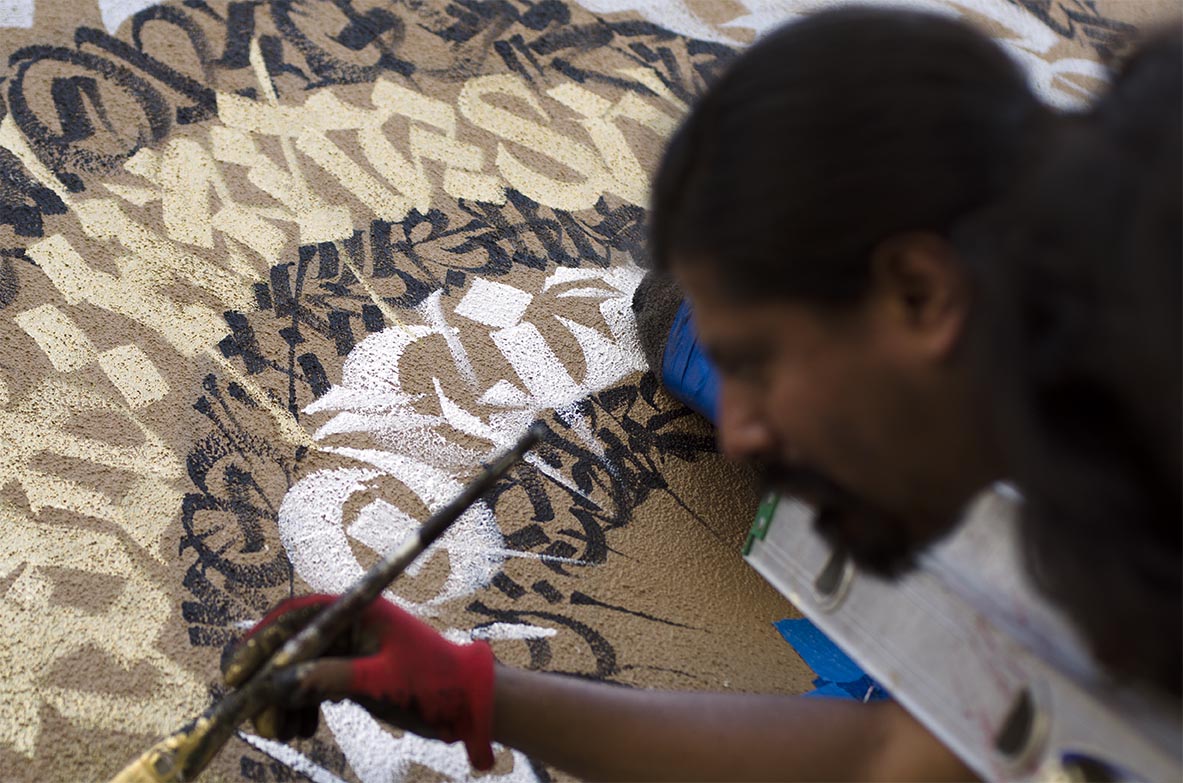 Said’s Next Step is in Paris, from march 10th to 30th,  were he will be working on the project of light calligraphy entitled “Heliographies of Memory”.
More about that soon!