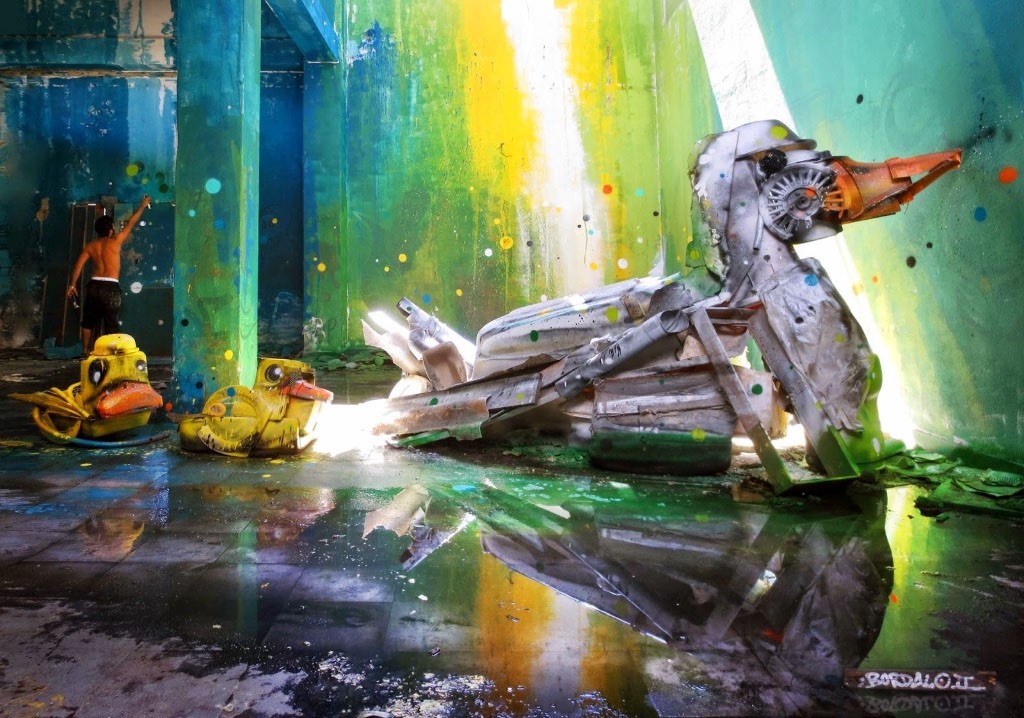 From January 18th Portuguese artist Bordalo II will be in Rome for a week to create one of his creatures made out of recycled materials. Old bicycles, tires and colors will be used to set up his artwork. The place chosen is Saint Peter Station which, with 253 trains per day, is the station of the shortest international railway in the world – connecting Italy with Vatican State.

This intervention at Saint Peter Station owned by Rete Ferroviaria Italiana (Ferrovie dello Stato Group) talks about the profound metamorphosis of urban areas: the main railway Stations to acess the city of Rome, built in the beginnig of the 20th century, and at that time placed at the outskirts of the city, became very central after the physiological expansion of the metropolis, and are nowadays used for local and suburban transportation with record peaks of daily users. Forgotten proposes the theme of urban stations to underline the their historical meaning but also the real possibility to use more and more metropolitan trains instead of road transportation in the future.

At the entrance of the station, Irreverent sculptor, Bordalo II, conveys the perfect message to highlight this metamorphosis. In his work, which converts urban garbage into large assemblages representing colorful and impactful animals, he demonstrates how rejected objects can be repurposed to form art. The artist’s works are at the same time a critique towards contemporary society that is not able to see the beauty that can come also from waste materials. His creatures have been spotted in cities across France, Germany, Poland, the UK, Norway, Azerbaijan and around the United States, as well as on almost the entire territory of Portugal. 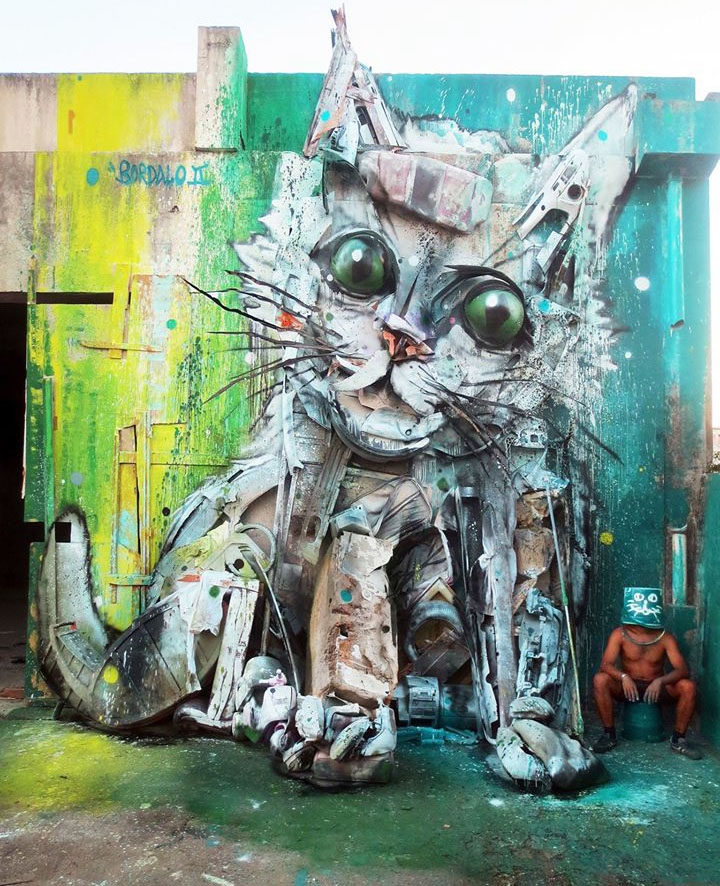 In Rome he will be making his first ever work in Italy specially for Forgotten project.

On January 24th, when the work will be unveiled, guided tours will be available to show the area and some of the curiosities related with the installation and the theme. In this day will also be presented the silkscreens of the artists involved in this project which can be bought to help the fundraising campaign for the next intervention.

For this intervention Forgotten is supported by the cultural partner Rovescio, a non profit organization involved in promoting the urban art phenomenon, specially in Rome.

Forgotten is an urban art project that aims to put in the spotlight some roman buildings that for reasons mainly related to the times, the expansion of the city, the changing of habits of the citizens have lost their function or have an uncertain future and risk to be “forgotten”.

Five urban artists of the Portuguese contemporary art scene, much appreciated in Europe and in the world, are called to create for the first time in Rome painting, sculpture or installation on the facades of some buildings selected in order to offer food for thought on both the single building that the building type they represent. 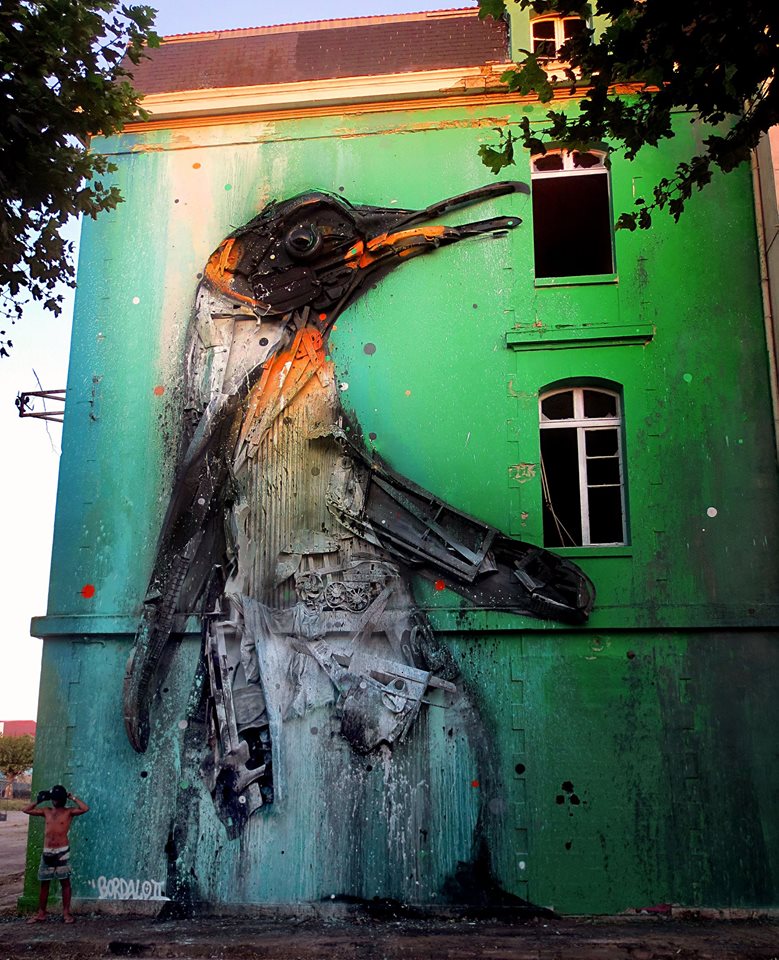 The intervention has been possible thanks to the collaboration of the FS .