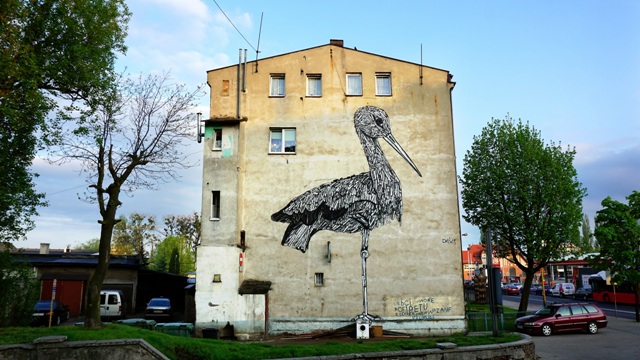 In a collaborated project, created by Urban Forms and the Ostrow Cultural Center, two first murals have been created in two main locations of the city by two Jewish-Israeli artists with Polish origins.
1. Synagogue project by female Israeli Visual poet Nitzan Mintz

Nitzan is a visual poet, active in the public sphere for the past decade. Many of her pieces are site-specific and incorporate the essence and history of the urban location with the content of the poem and the visual treatment it receives. 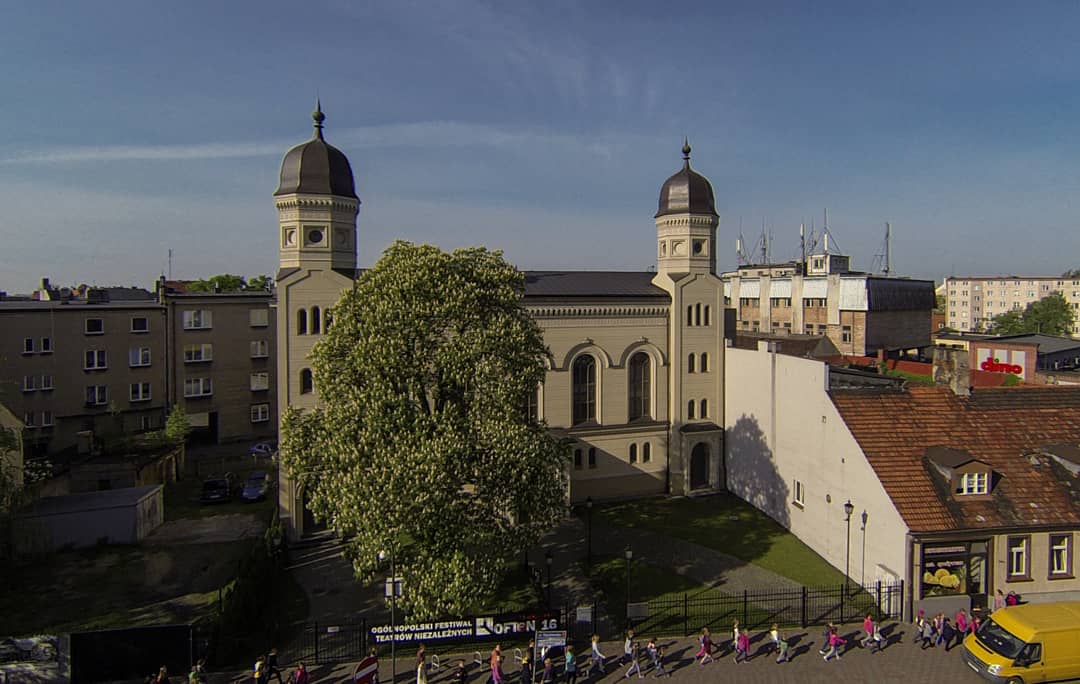 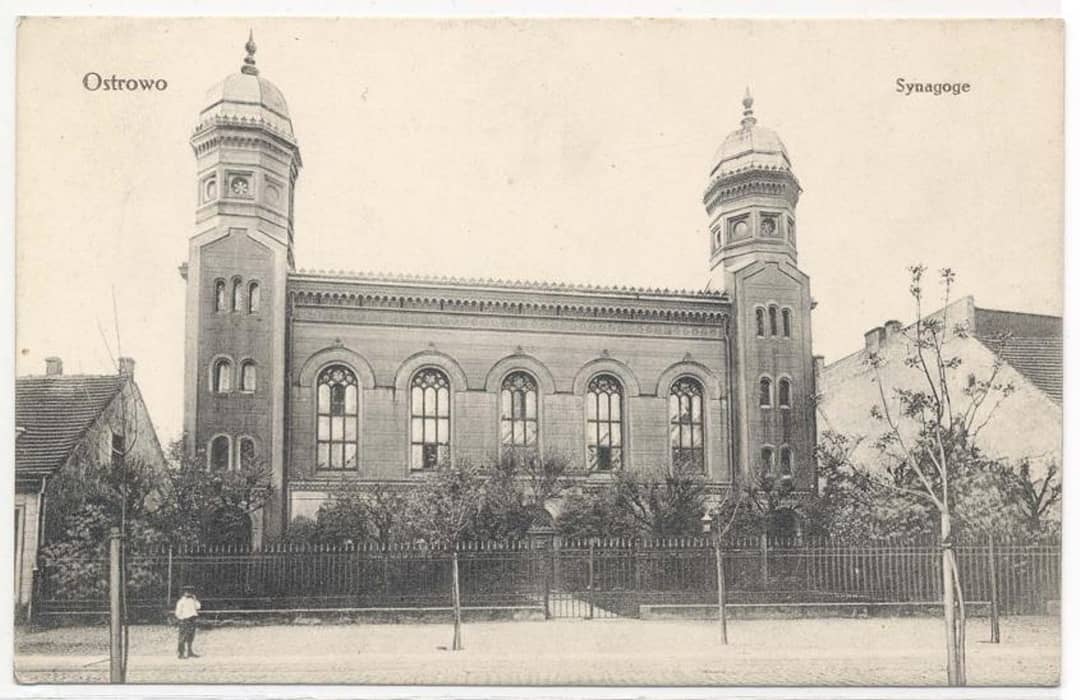 Mintz was invited to Ostrow to execute her poem on an exterior wall of one of the oldest synagogues in Poland that was built in 1724 and has been renovated in 2011 to be used as a culture centre.

Mintz is the first female artist to create a piece of her art on a synagogue building. Her text talks about moving on and about longing to a place you once lived in. It’s written in two languages Hebrew and Polish side by side. 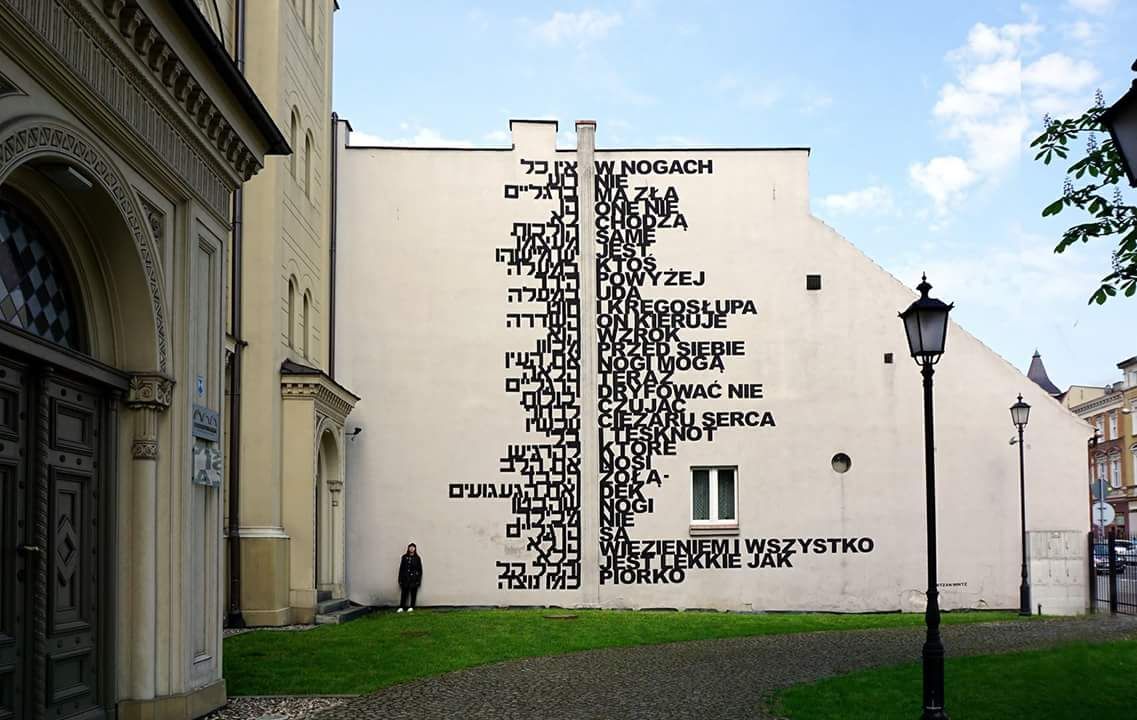 Translation to English: * There is no evil in the legs they do not walk by themselves there’s someone in the rising of the thigh in the rising of the spine. He ‘s focusing the eye onward . The legs can float now without feeling the heavy heart and all the longing the stomach contains the legs are no prison and everything is light as a feather.

Dede Bandaid is an urban narrative artist that has been active for the past decade. His creations vary in technique, and are based on visual reactions to forms and stories in the urban sphere. He often executes large-scale pieces that are site-specific in shape, form, timing and content, sending a specific critical message to his audience. 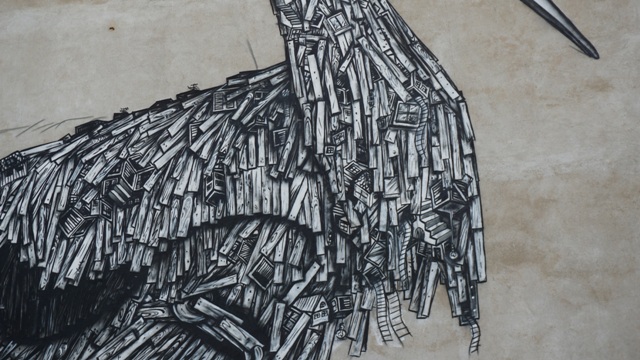 Dede was invited to search for a significant location in the city. A wall in front of the local high school has been chosen for combining a dual message. On one side the stork that is built from wood, leftovers and pieces of architecture is a migrating bird reflects the past. And on the other hand this bird represent the coming of the spring and new life. 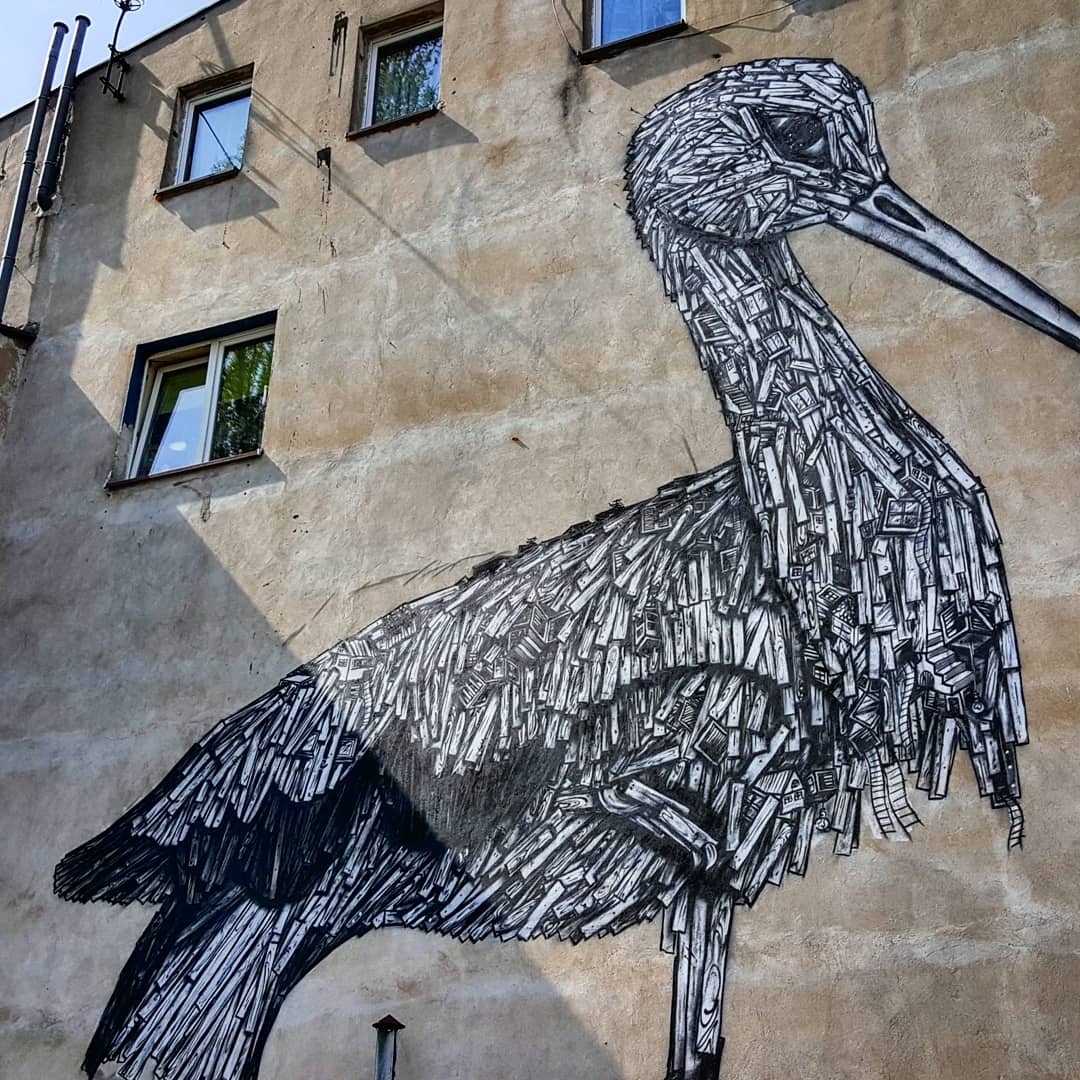 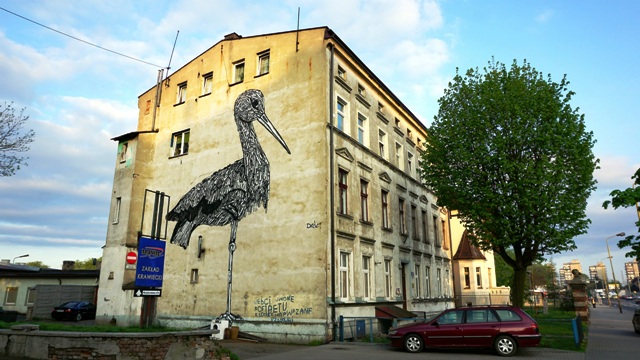 Check out our recent interview with the artists: