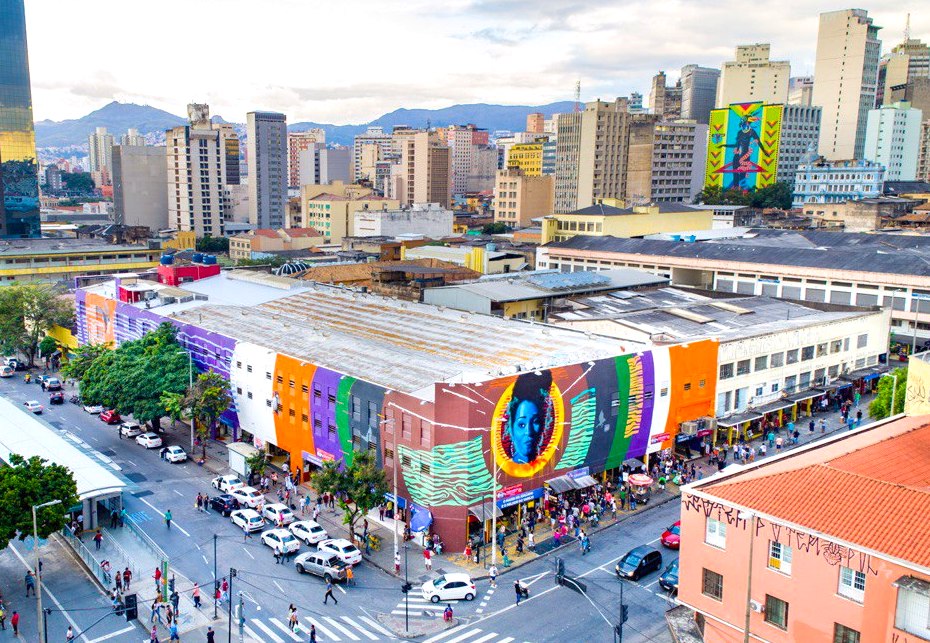 A mural of more than 1.200 square meters has been painted by street artist Fhero in Brazil. (@fhero_pdfcrew). The huge mural has covered an entire surface of Xavantes Shopping building (@shoppingxavantes), which is located in Belo Horizonte, Brazil, together with a team of 4 artists, including his crew partner Ed-Mun.

The Artwork proposal consisted in a geometric colourful pattern with a character representing the diversity of Brazil. Fhero is recognised for his realistic figurative painting and has created two images: On one side, two sparrows, common birds of the Brazilian cities. And on the other corner, he decided to paint the ethnic diversity of the big urban centers, represented by his wife and also graffiti artist Nica. 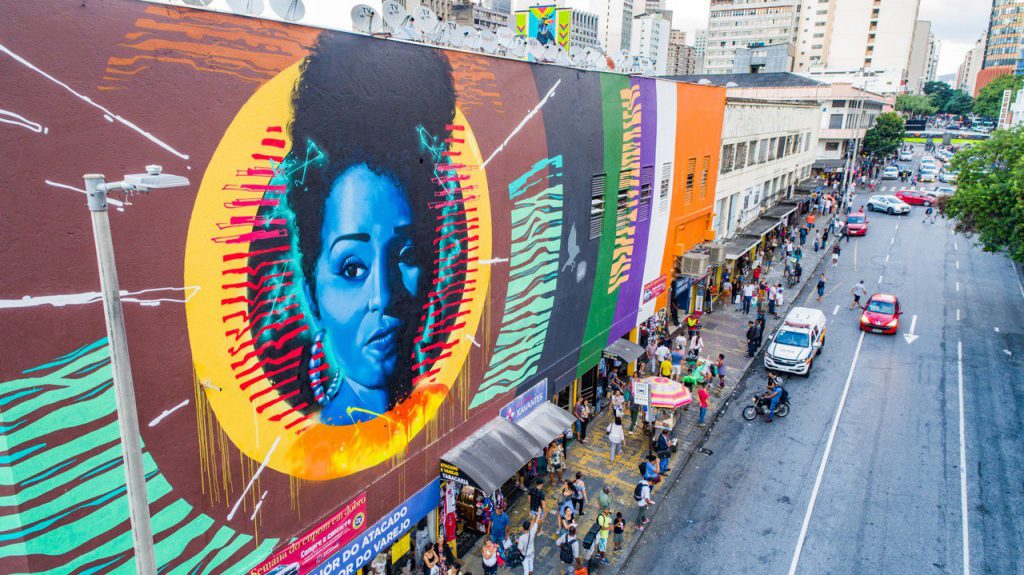 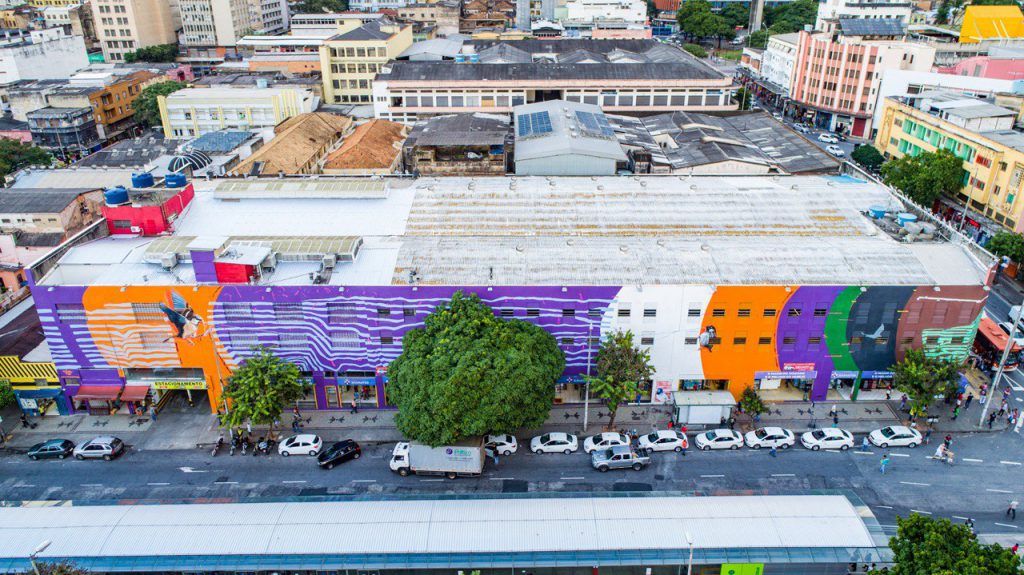 Painting Nica not only shows his love for his wife but also for Belo Horizonte. For those who do not know, Fhero is from São Paulo, but has been living in Belo Horizonte for more than 10 years. It was there that he built his journey as an artist and it was his love for Nica that brought him to the capital of Minas Gerais. This is the first building that is wrapped with artwork painting in

Belo Horizonte City has lots of art murals, but not like this size and magnitude. The Project was curated and produced by Publica – Art Agency (@publica.art), the same creators of Cura Festival (@cura.art). 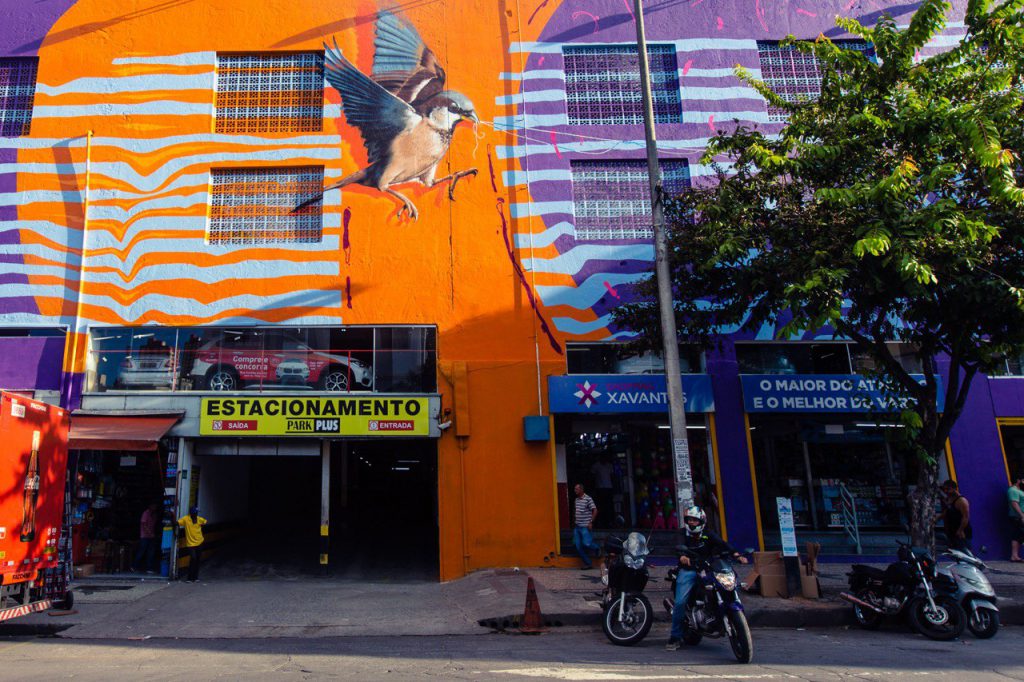 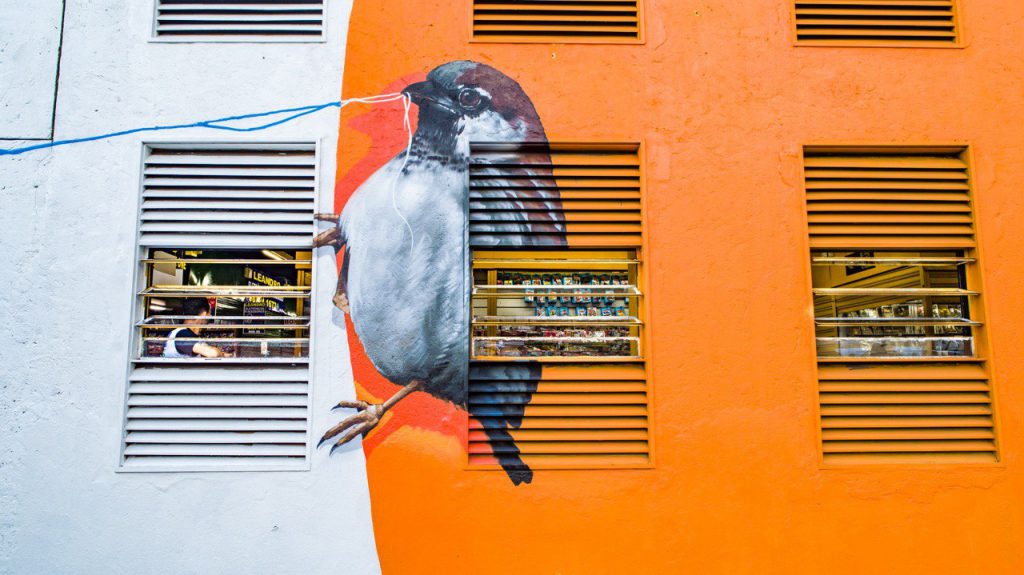