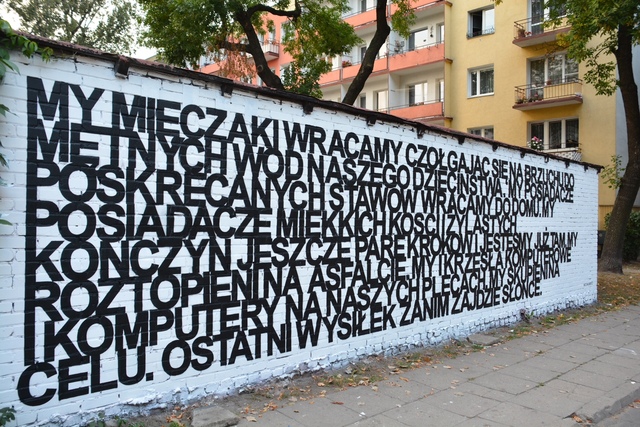 Artists such as Gaia, Stormie Mills, Opiemme, Nitzan Mintz, Dede, Untay, Andrzej PoProstu, Sebastian Bożek did a great job on showing what were the focus points that the organization wanted to transmit to everybody, those urban cycles were  building, destruction, demolition, and reconstruction.

The first wall was from Gaia and it presents the 3 stages of the Kościuszko’s Monument at Plac Wolności (Liberty Square) in Łódź: 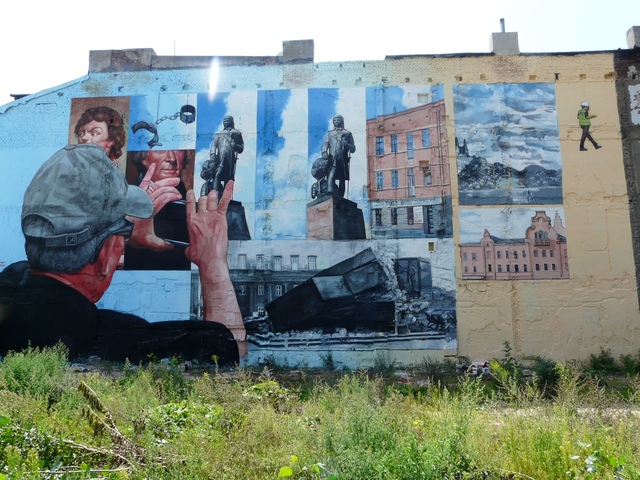 This work was made by the Italian artist Opiemme with the collaboration of the residents of Lodz. 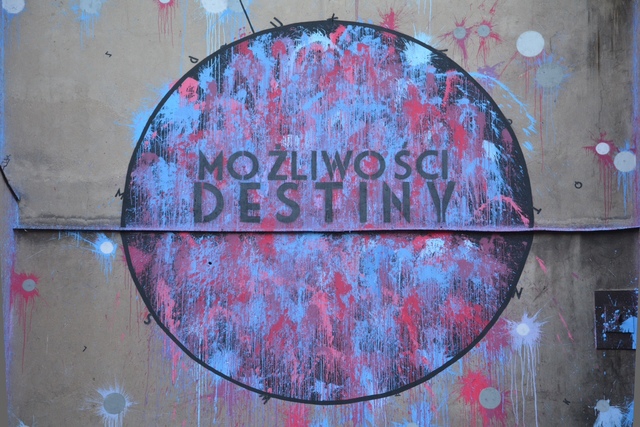 Stormie Mills showned his work on the north part city, in Bałuty, and focus on remembering what th Jew community suffer. The work is called “The Thank You” 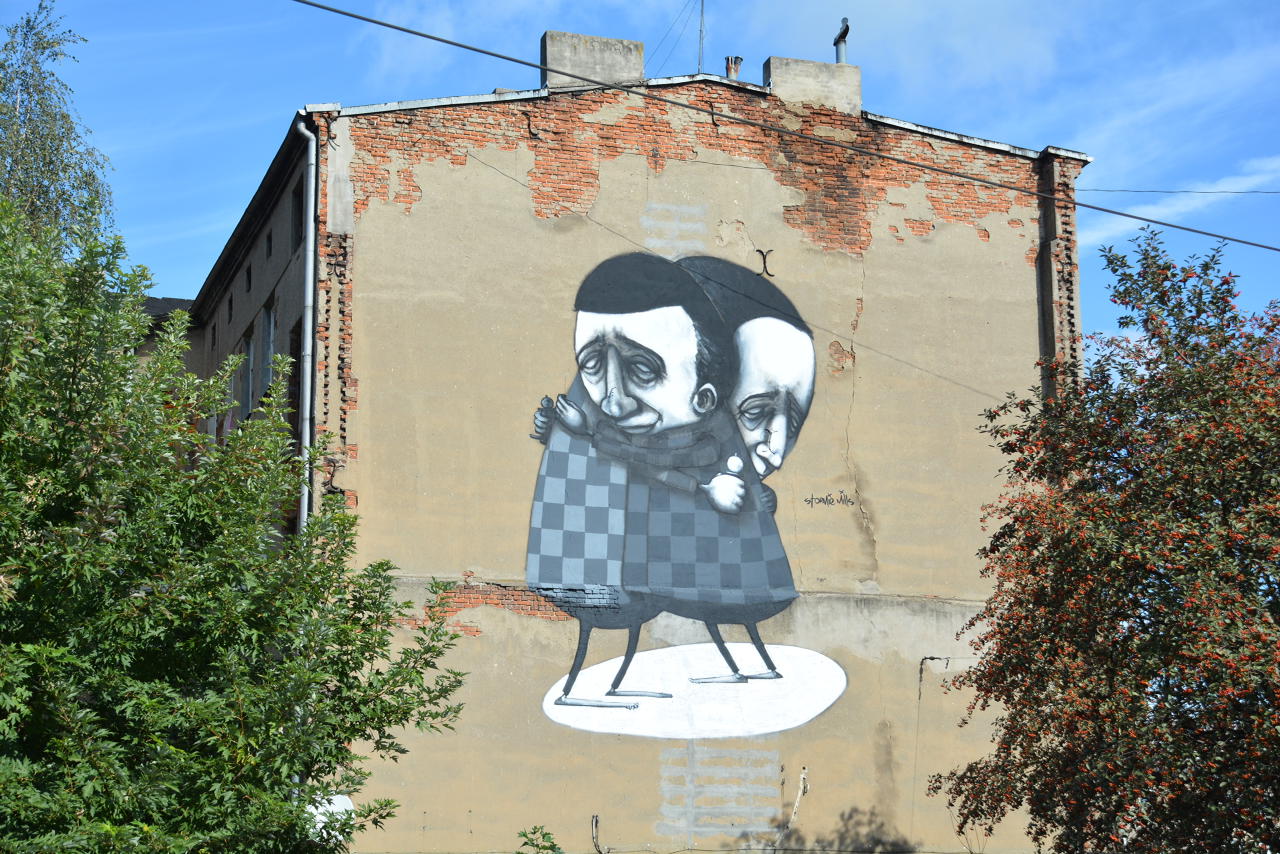 The artist Untay used a portrait from his grandmother, that survived the Nazi war, to create this amazing work: 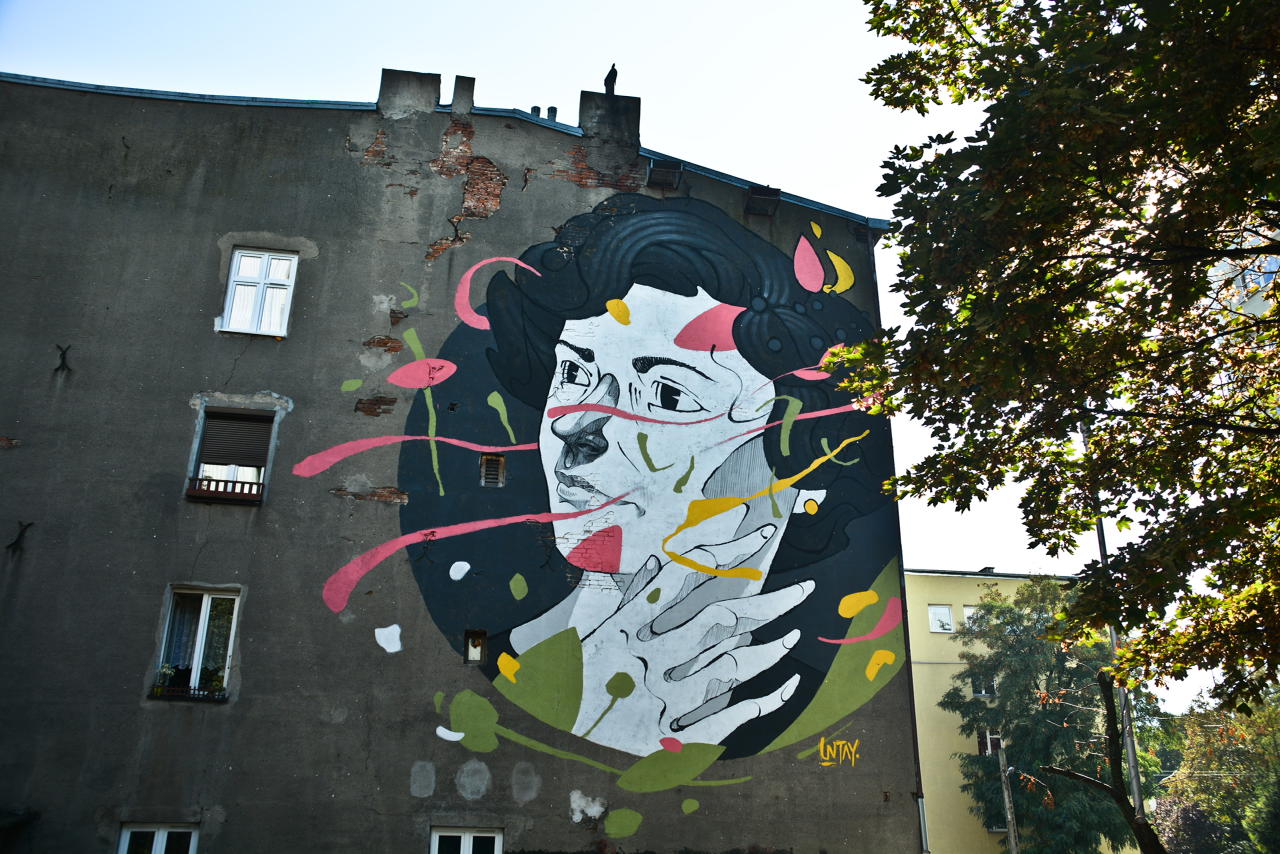 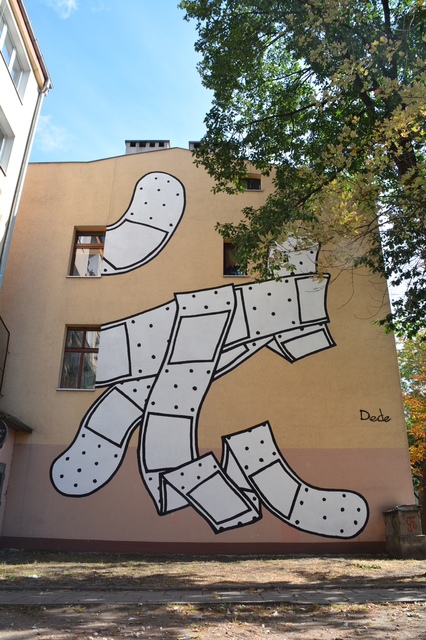 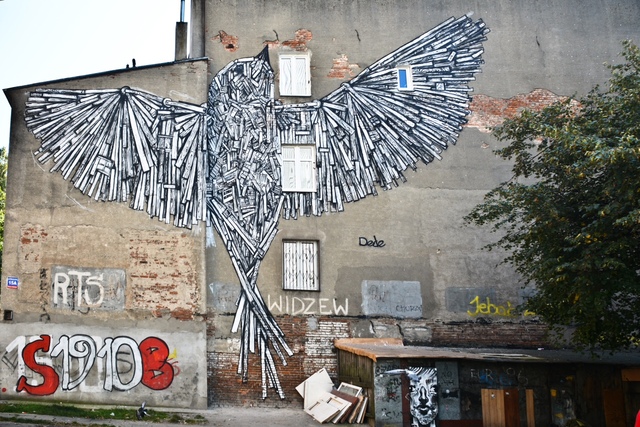 “Continuous city” was created by an artist from Kraków called Sebastian Bożek, which represents the continuous changing process of the city. 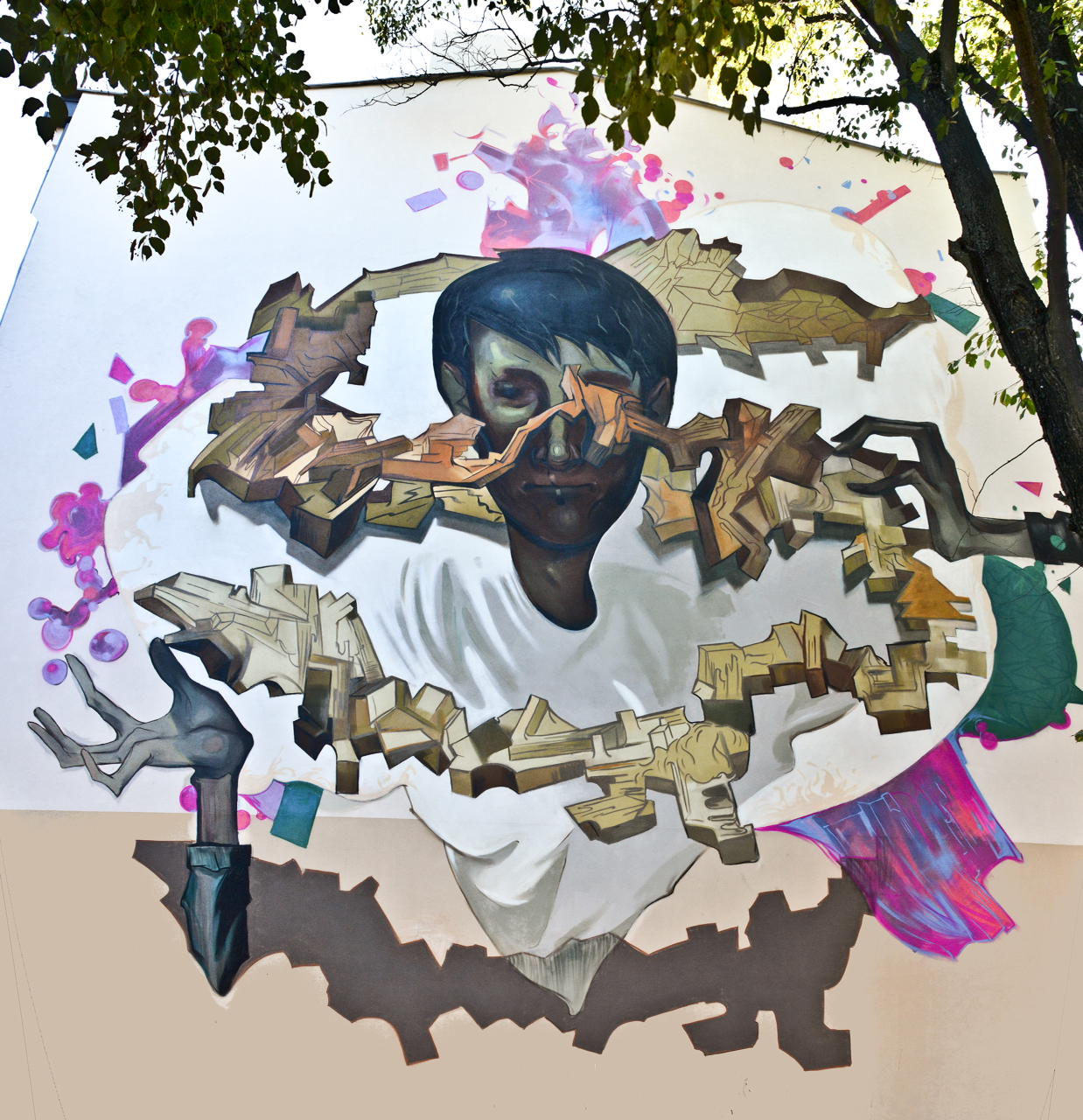 Andrzej PoProstu closed the festival with a 3D video-mapping and represents the new life given to the two factories, where the wall was located, in recent times 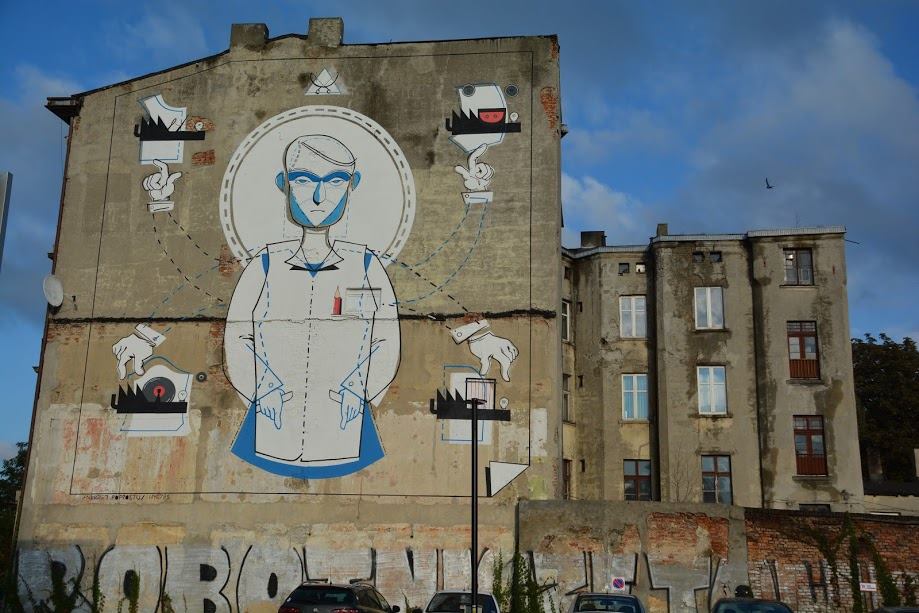