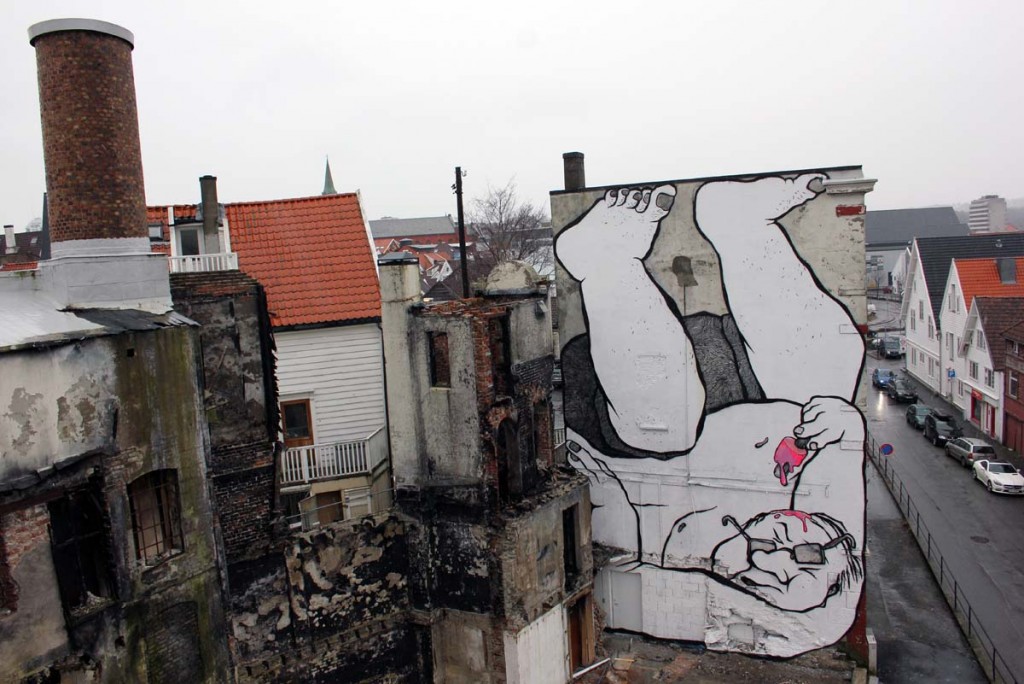 Following the overwhelming success of Ella & Pitr’s collaboration with Nuart Festival in 2015, the much-loved French couple returned to Stavanger recently to leave their mark across the region again.
Ella & Pitr painted the world’s largest outdoor mural in Klepp, Norway, as part of Nuart’s 15th Anniversary celebrations. In somewhat less hospitable conditions, the industrious duo painted a new mural during a two-day snowstorm on a dilapidated four-story building in Stavanger centre. Titled “La fonte des glaces” (or “Melt down” in English), the piece shows one of their trademark giants having taken a tumble. 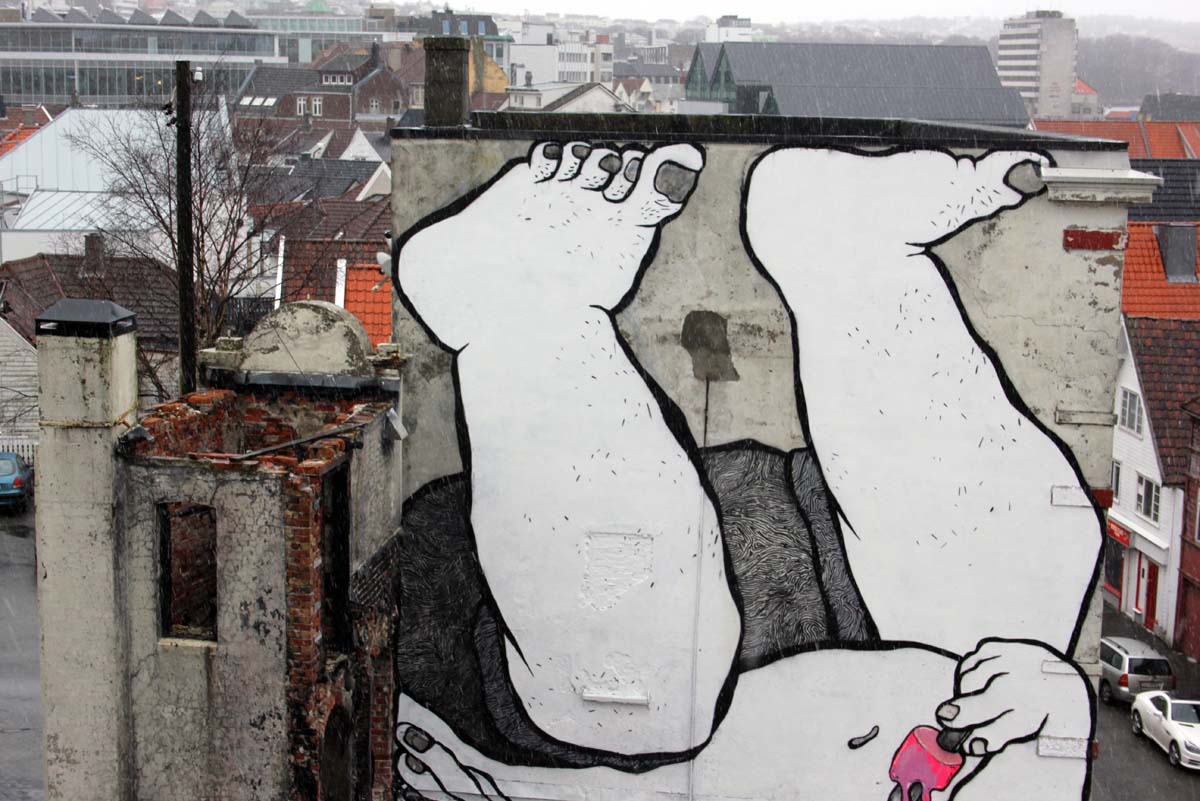 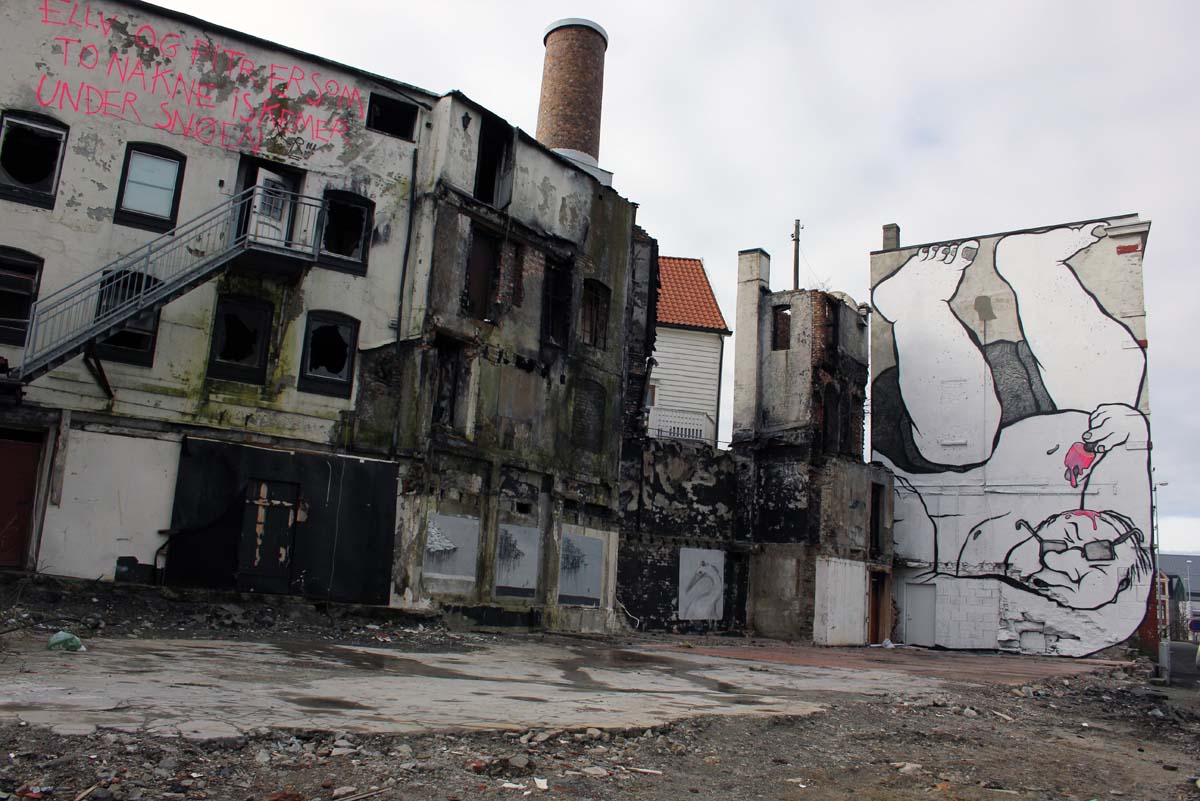 They also ventured to nearby Sola beach to wheatpaste two German bunkers built during World War II, captured beautifully during a recent aurora by local photographer and ‘aurora chaser’ Brian Tallman. The duo also found time to experiment with light painting in collaboration with friend and photographer Eirik Halvorsen, who was inspired by “Ella and Pitr’s love for each other, love for their work and their childish, quirky humour”. 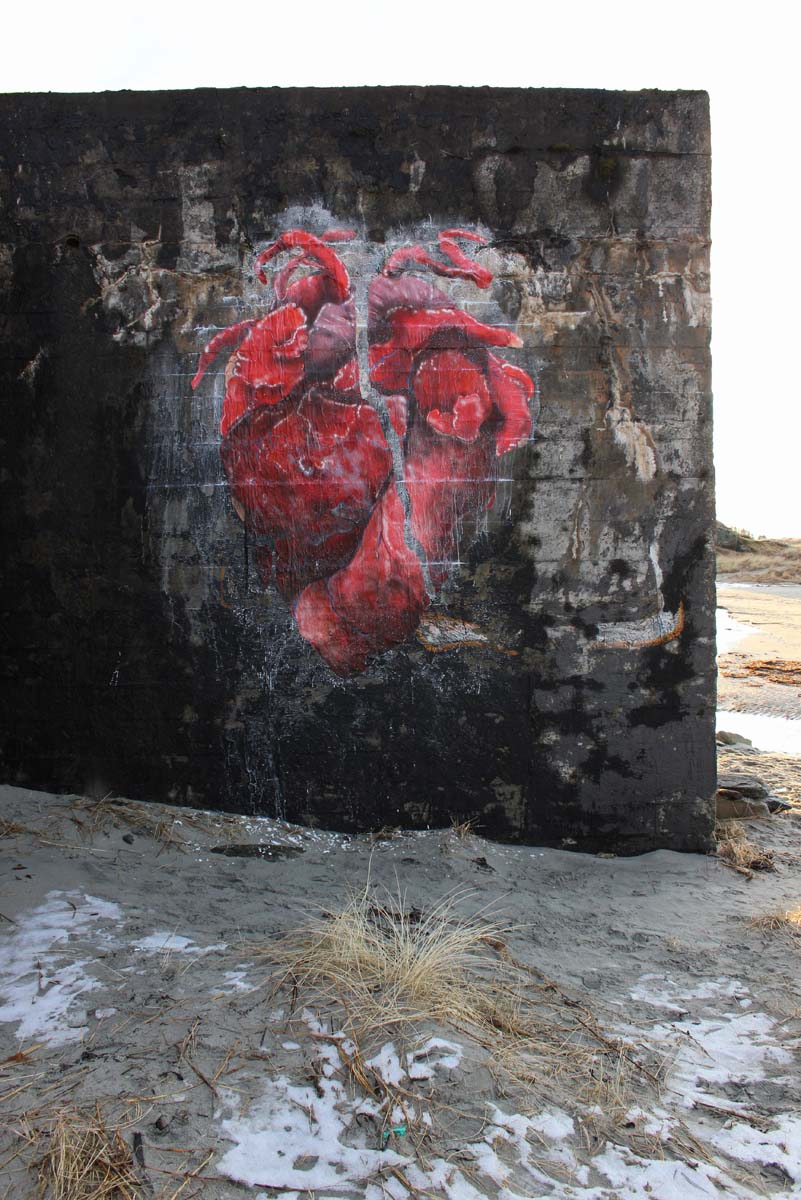 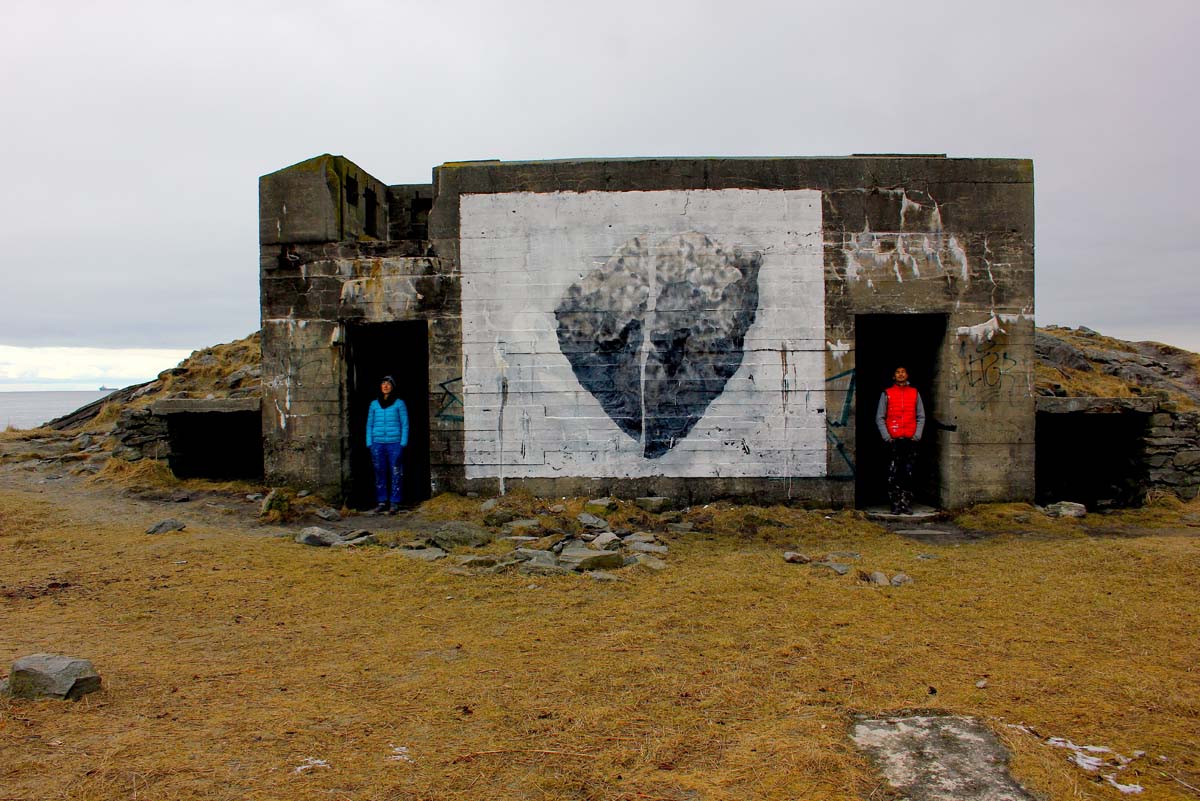 Despite being based in St Etienne, France, Ella & Pitr are fast becoming local favourites and already plan to return to Stavanger in mid-August to continue their Nordic love affair. 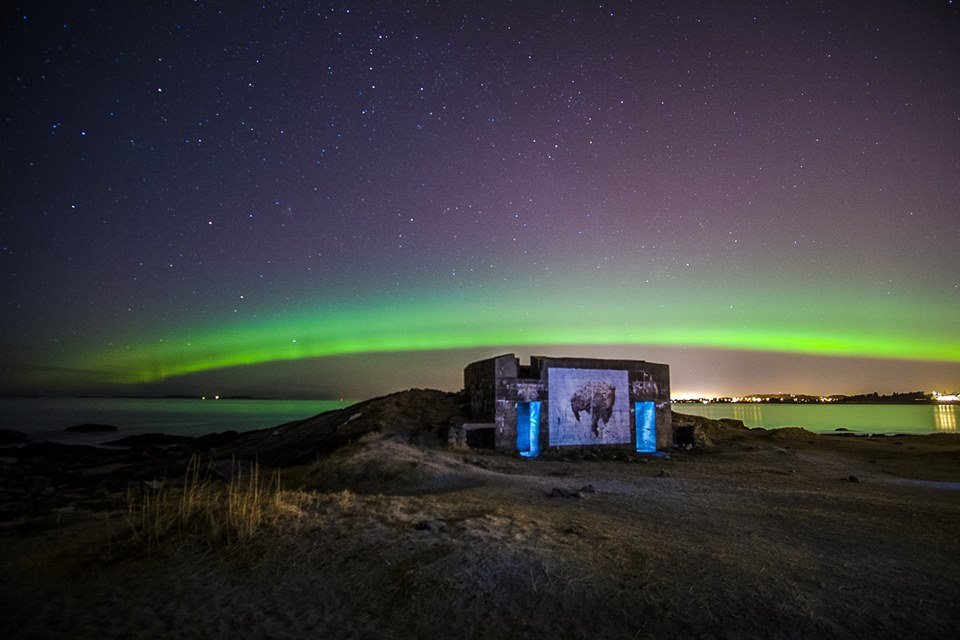 French based artists Ella & Pitr specialise in creating large-scale murals of fairytale-like characters. Their playful and poignant artworks have brought them international acclaim, and can be found on rooftops, runways, houses, shipping containers and even entire fields. Their practice is defined by an innate playfulness and unique style appropriated from influences as diverse as children’s books, comic books and graffiti. As well as producing their trademark murals with prodigious energy the world over, Ella & Pitr have exhibited extensively at art galleries in France and in selected exhibitions internationally.