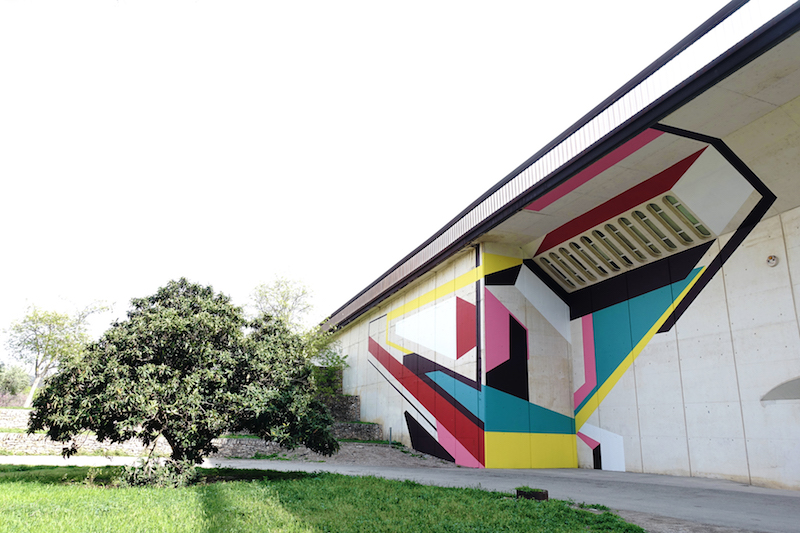 Elbi Elem has sent us her latest piece from the amazing project Womart Project curated by Rebobinart. The wall is titled, “The Bridge” and it is an anamorphic composition in 5 planes in Tortosa, Catalunya.

According to the artist: In this case, it was inevitable to want to take advantage of the proposed place when initially it had only to paint one wall. I found it very interesting not only the white cement surface, also the architecture and the perspective that was created by being a large bridge and being located in an open green área by the Ebre River. 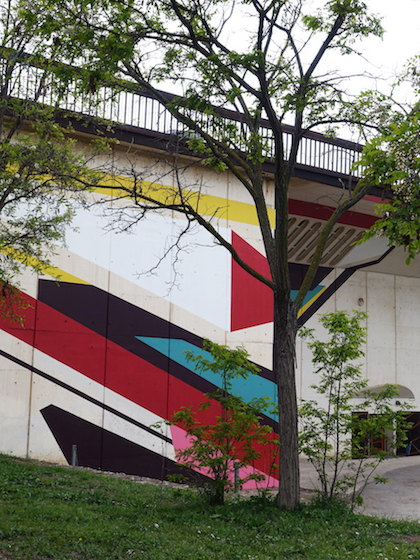 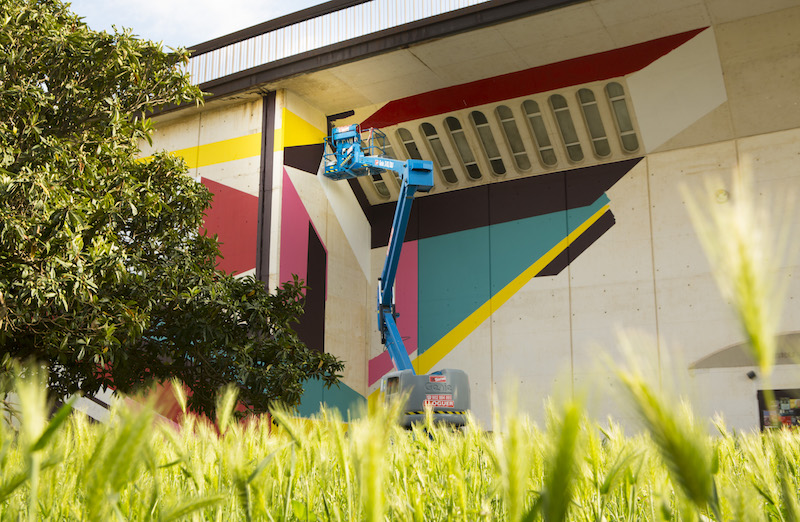 The intervention of geometric shapes is designed to see it from various points of view and especially, from a concret one where it creates the anamorphic image. Its five different planes cause the work to be constantly transformed according to where it is observed.
I wanted to evoke a city with the passage of the river and using of the existing windows of the bridge, they could seem the columnes of a building in perspective. 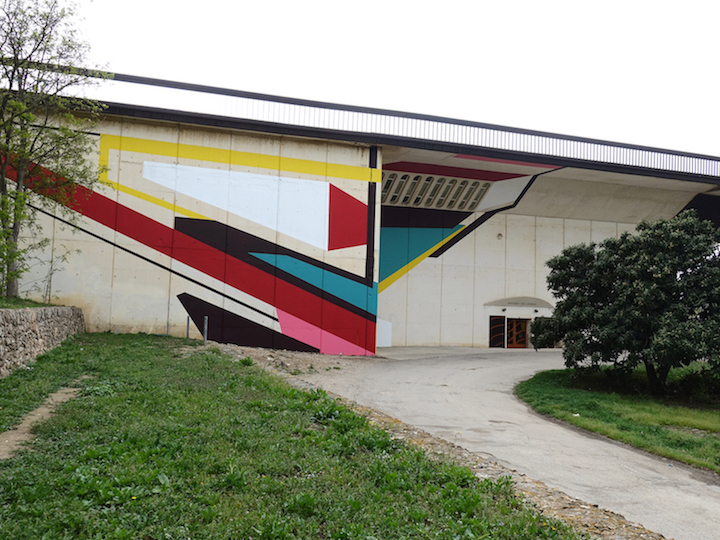 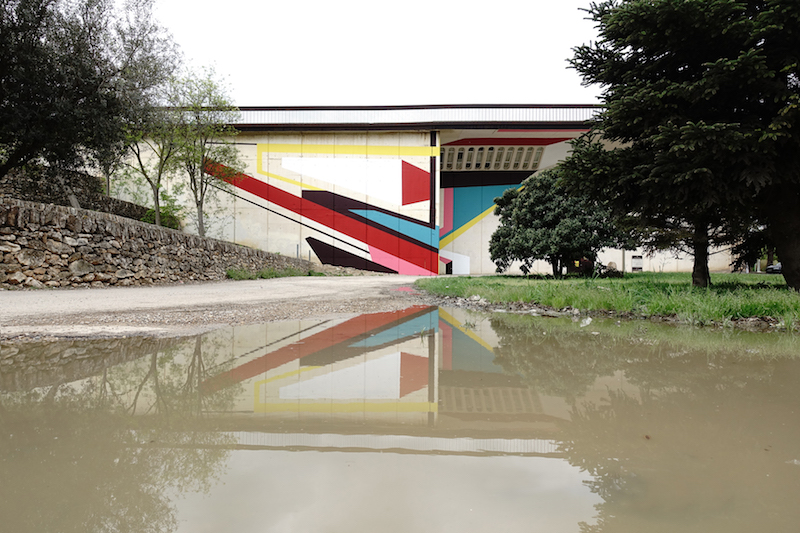 Inside the bridge is the Ebro Museum, there is a very interesting space for children and adults where it explains through games and examples the geometry and perspective, for what this place was the place to perfect fit with the mural.

At the same time you can play with the mural and with the cut out shapes of its interior creating new pieces. 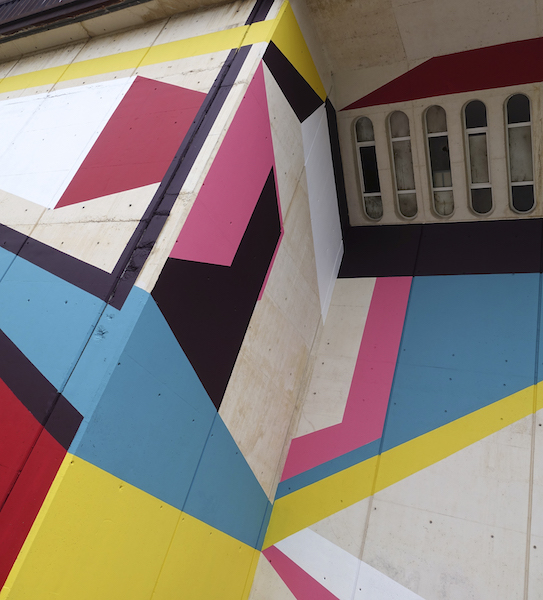 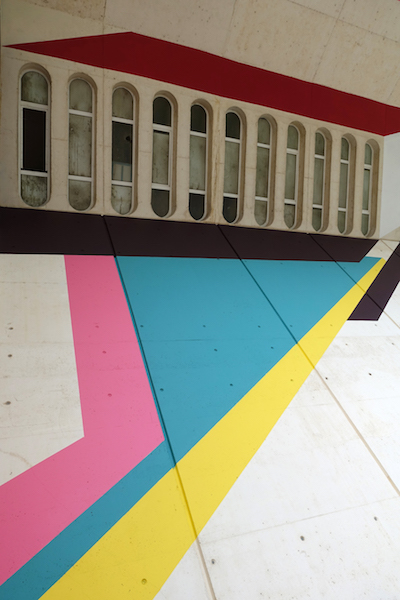 During the Womart project, if you intervene in a moment in 10 different cities of Catalonia, celebrating the inauguration on April 14, among many other things you will find Lula Goce, Hyuro, Uvni and Btoy.

The nature of the project claim the need to recognize female talent in the visual arts and urban art in particular, talks about the lack of gender equality with minimal female representation in institutional circuits and shows that there is still a strong glass ceiling that prevents reaching a real parity in terms of the recognition of professional artists. 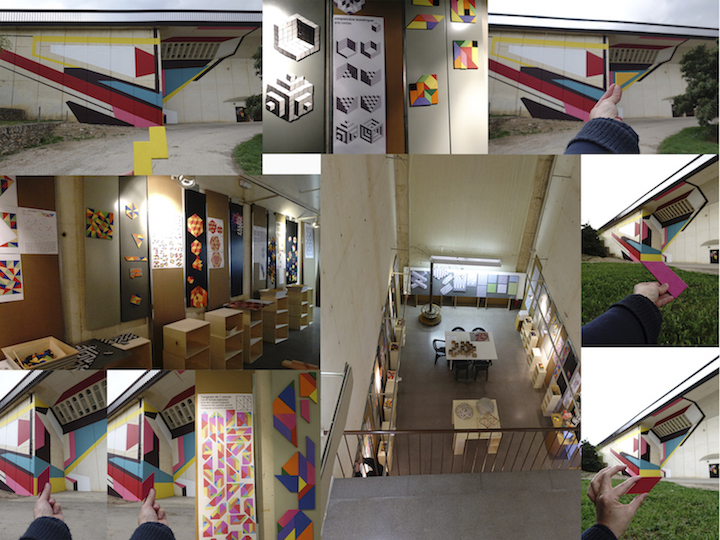 Pics by the artist.

Pics of the artist by Vanessa Batista. 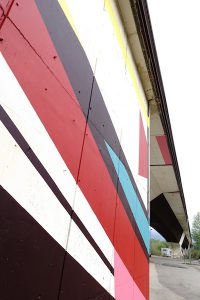 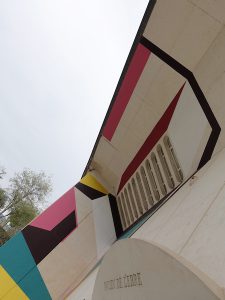 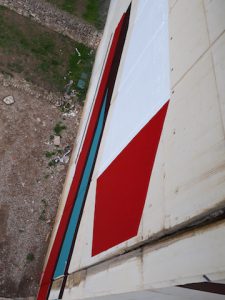 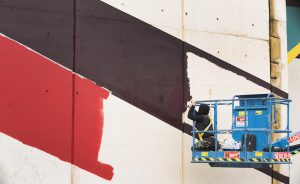 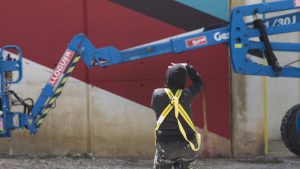 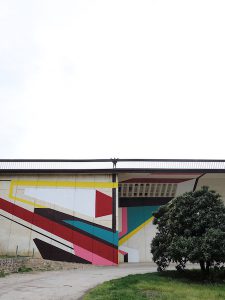 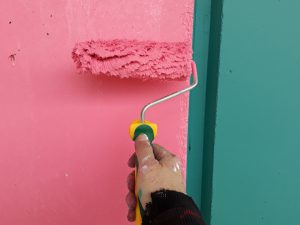 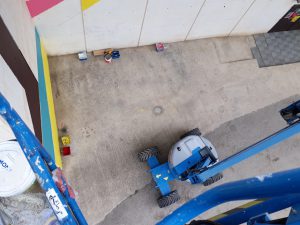 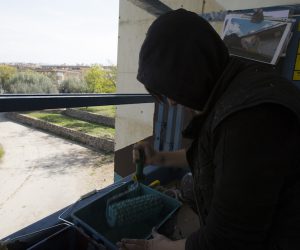