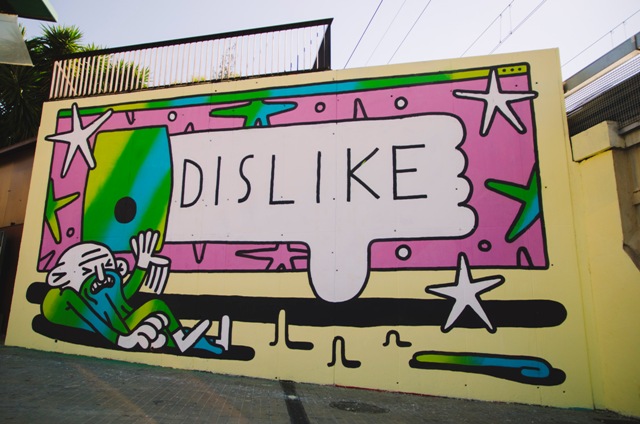 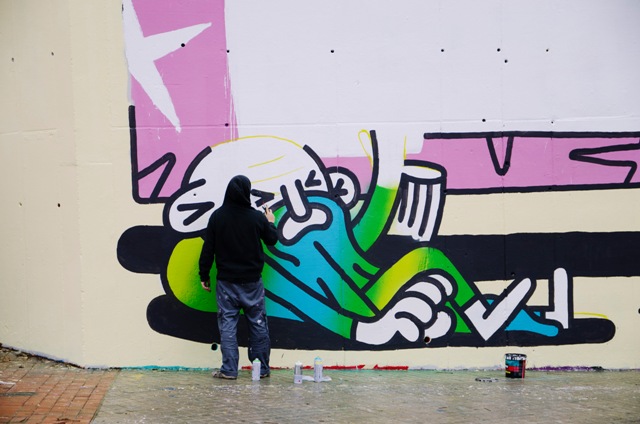 For his intervention in the April “12+1”, he told us what was the idea: “I want to contrast old people with new technologies, social networks and the new ways to interact that use young people, and the disconnection it might be for older people”. The artist also insists in that: what is important to him is that his works can stay somehow ambiguous, in order that everyone can read them their own way. 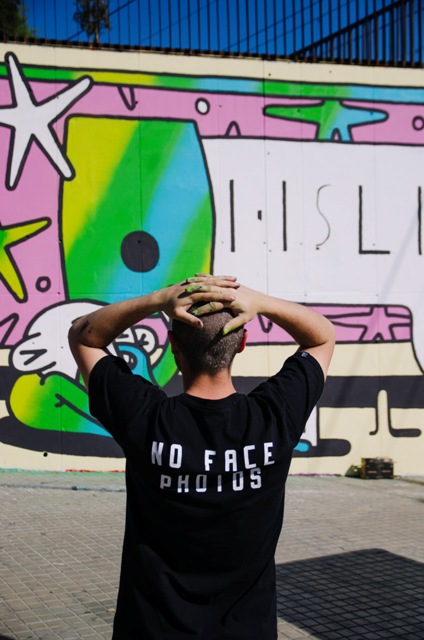 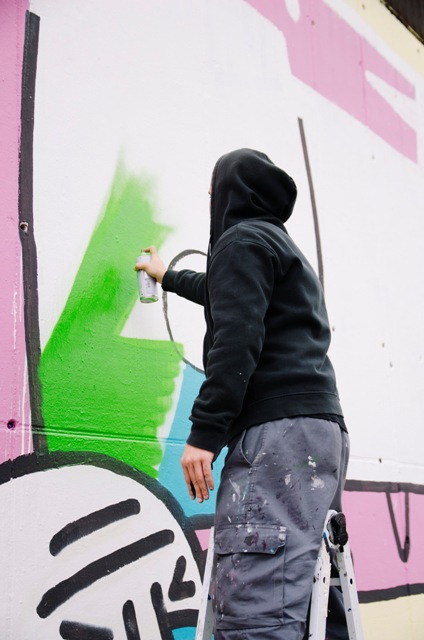 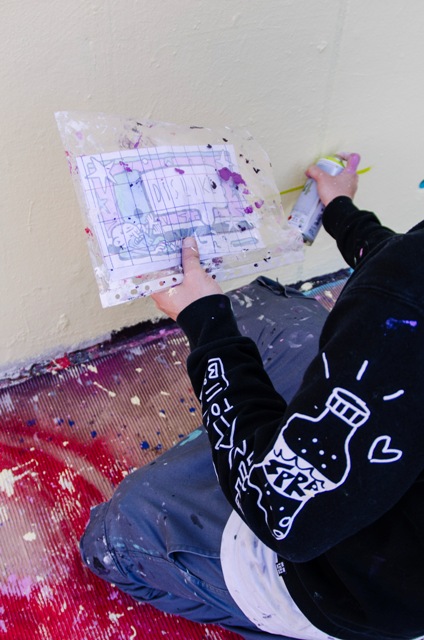 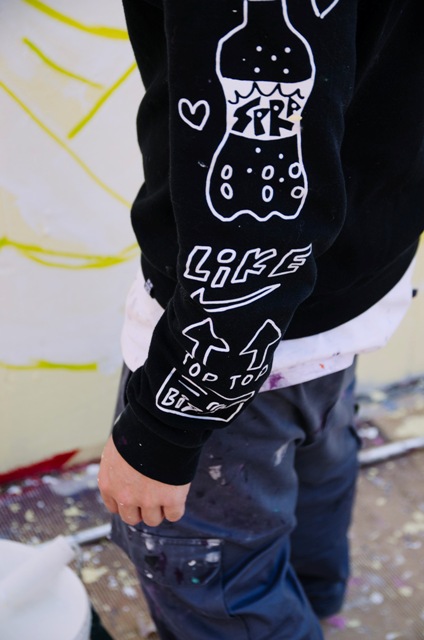 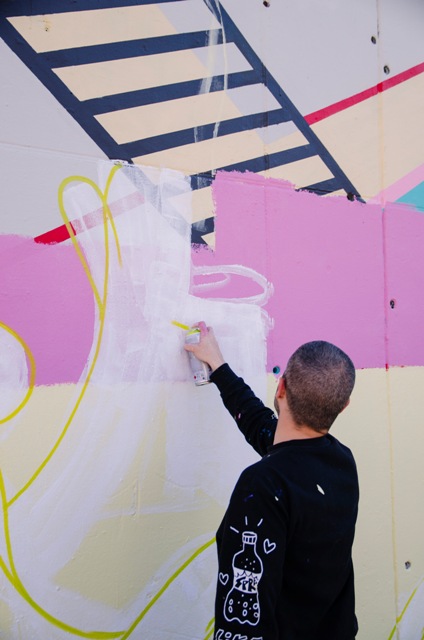 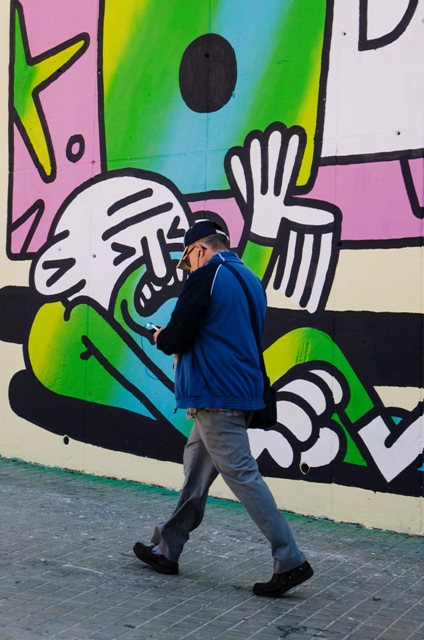 Project 12+1:
12+1 is a proposal put forward by Contorno Urbano, a socially minded artistic association: 12 artists, 12 months, one 50 square metre wall, one artistic intervention per month and one final exhibition, presenting each of the artists’ unique work.

12+1 is an open-air art gallery, one which changes each month. A unique vision which problematises the way we exhibit urban art, and the place of these artworks in the city. The project aims to create a space for open dialogue in the city with the highest population density in Europe, in an area which sees over 700 passers-by each day.
You can find the wall at Calle Rosalía de Castro, just opposite the L1 metro exit for Torrassa, in L’Hospitalet de Llobregat, Barcelona.

Contorno Urbano
Contorno Urbano is a cultural association based in L’Hospitalet de Llobregat which aims to properly integrate urban art and graffiti into the cultural life of the city, to spread artistic knowledge, to improve the city’s social fabric and ultimately people’s lives.

Contorno Urbano works in collaboration with local institutions, businesses, and cultural mediators. The team has over 10 years’ experience in murals and urban art dissemination, as well as having worked on international projects.