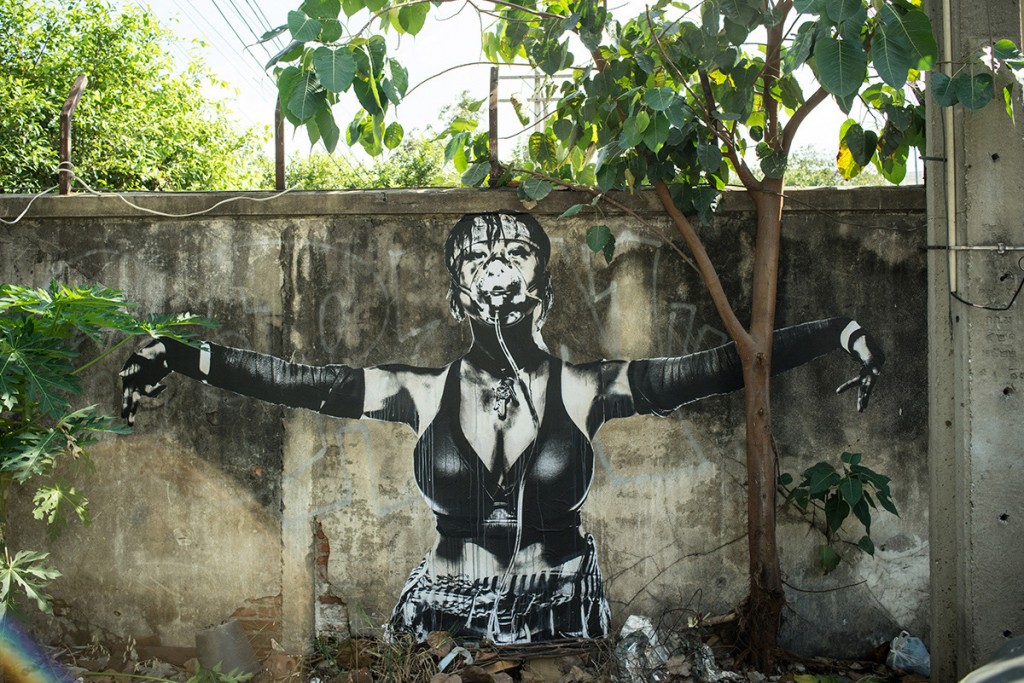 January 6th 2015- As 2014 drew to a close, Bay Area artists, and frequent collaborators D Young V and Eddie Colla headed to Thailand to end the year on a decidedly different note. The plan was simple, there was no plan. What unfolded was a series of large format wheatpastes across Bangkok, Pattaya and Koh Samet. Beyond the Grand Palace, the Buddhist Temples and notorious red-light districts of Bangkok is a kinetic and derelict landscape that provided a fitting canvas for their apocalyptic themes.

Colla continued with his large scale portraits from his recent body of work “Atavisms”. Exploring the ways in which our most primitive and mostly dormant instincts re-emerge amidst a struggle to survive. Young on the other hand recently dubbed ‘America’s 2nd greatest living artist’ by President Obama decided to further explore his ongoing series of angry children with random symbols painted on their faces.

All of these new experiences combined with the unique challenge of ‘getting up’ in a foreign place allowed entirely new ideas to flourish along with a renewed perspective. Thailand offered the 2 artists a respite from the familiar, a muse and a preview of what this next year will bring. 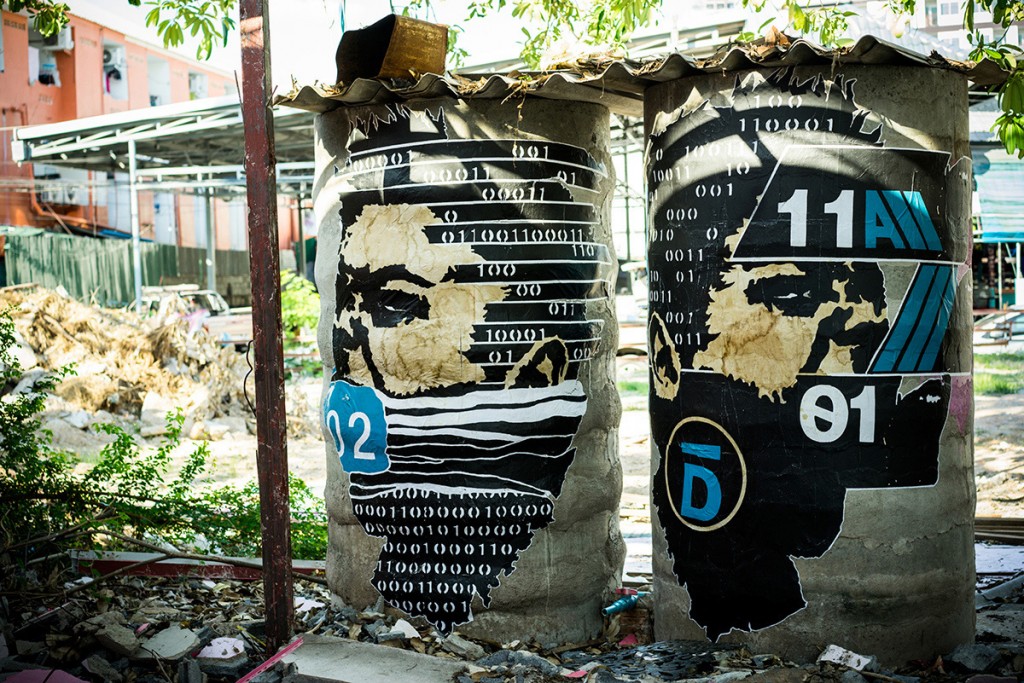 About Eddie Colla: Eddie Colla is an interdisciplinary artist and designer based in Oakland,CA. After graduating from California College of the Arts in 1991, he went on to pursue a successful career as a commercial photographer and photojournalist for the New York Times before turning his focus to his personal studio and street art practice.
About D Young V: D Young V is a San Francisco based artist focused on a series of multi media projects furthering his ongoing narrative of a social dystopia. He gained his MFA from the Academy of Art in San Francisco in 2006 and has since been focused both large indoor gallery installations and outdoor public projects. 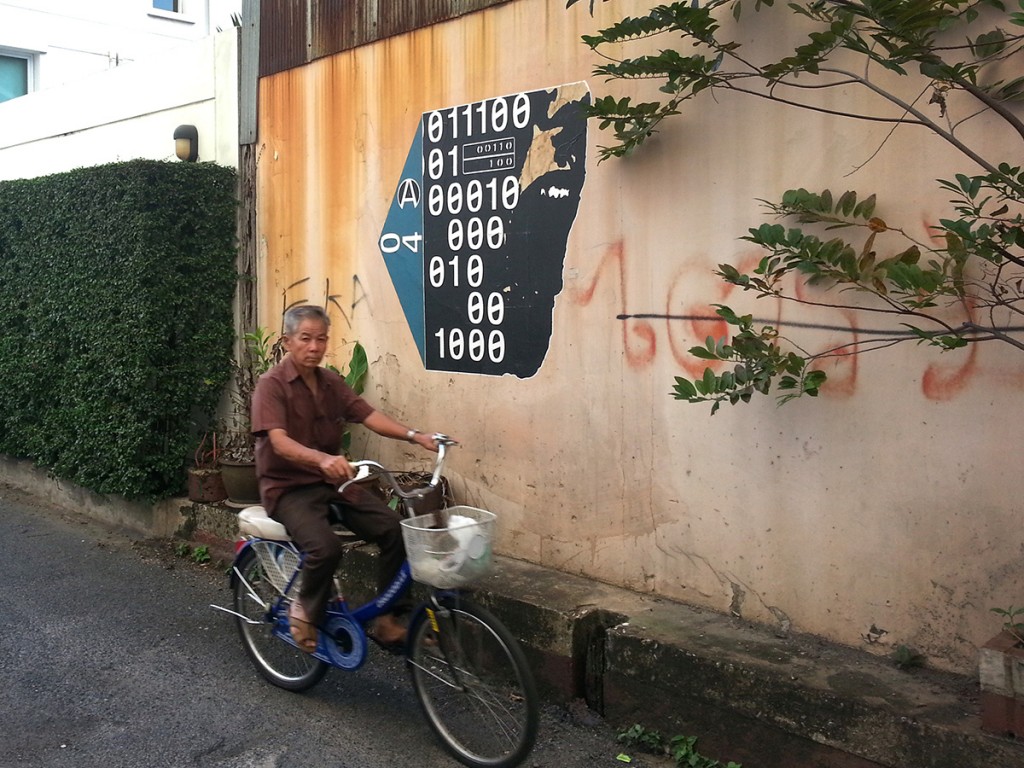 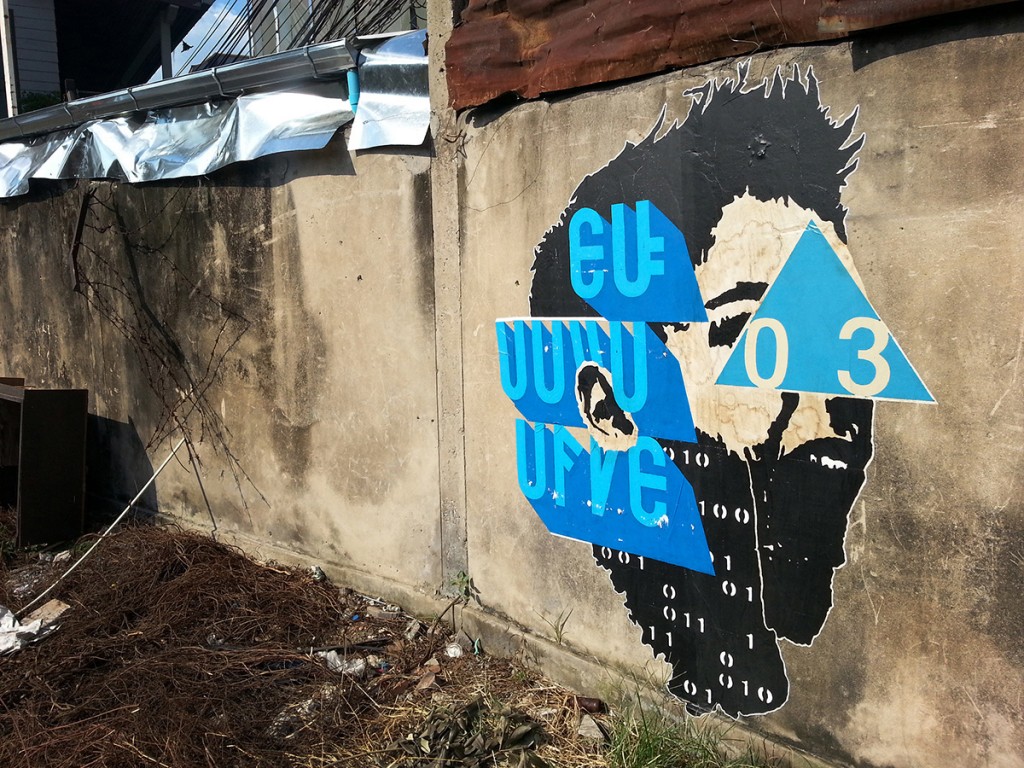 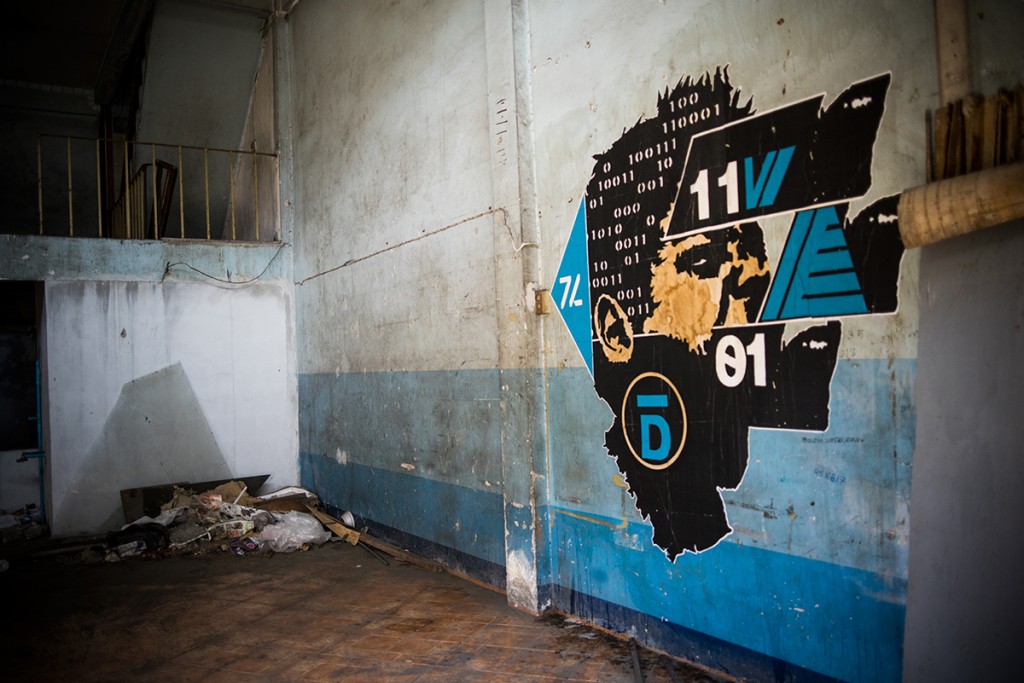 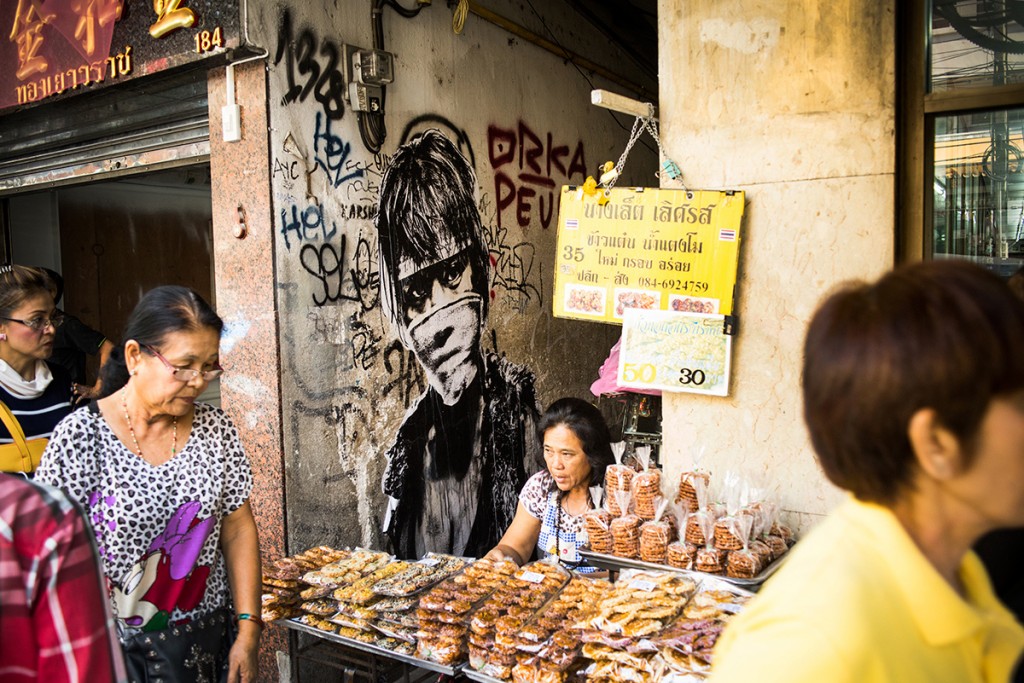 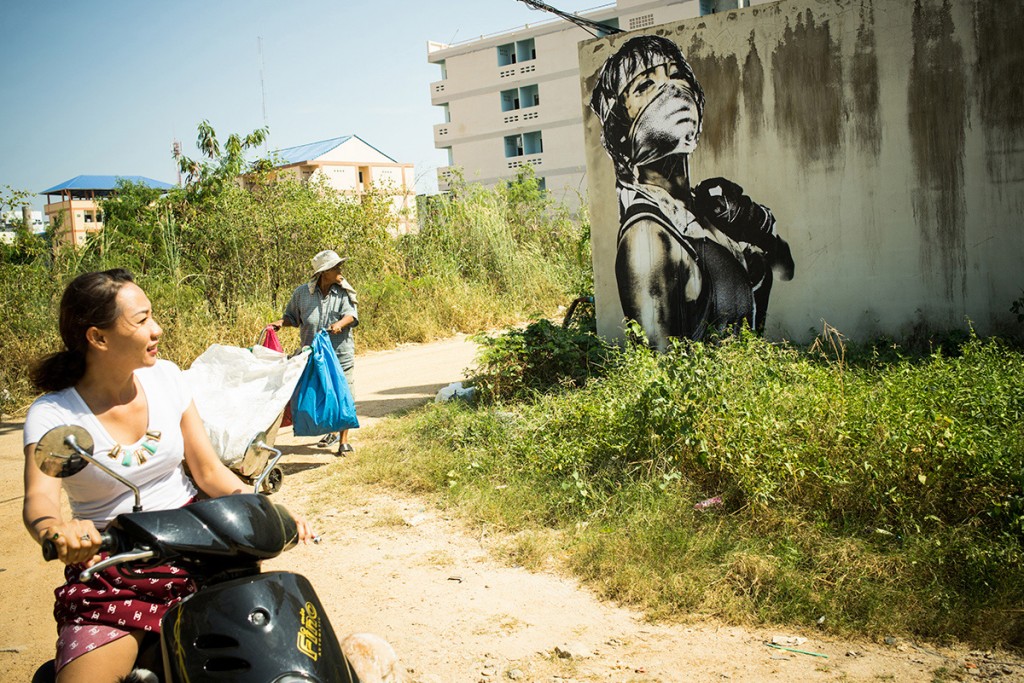 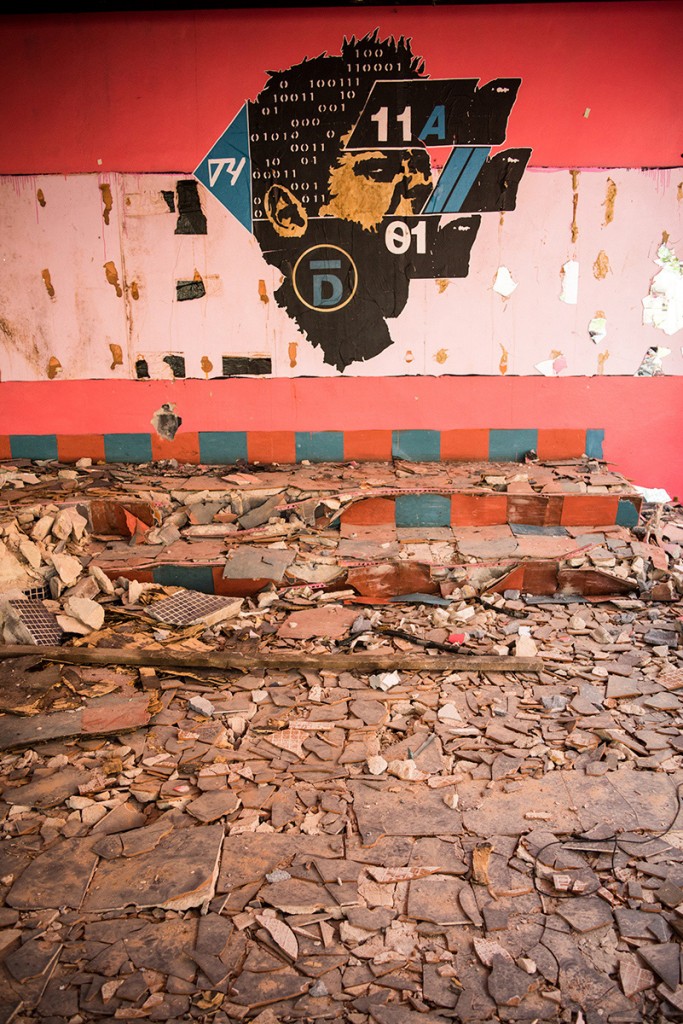 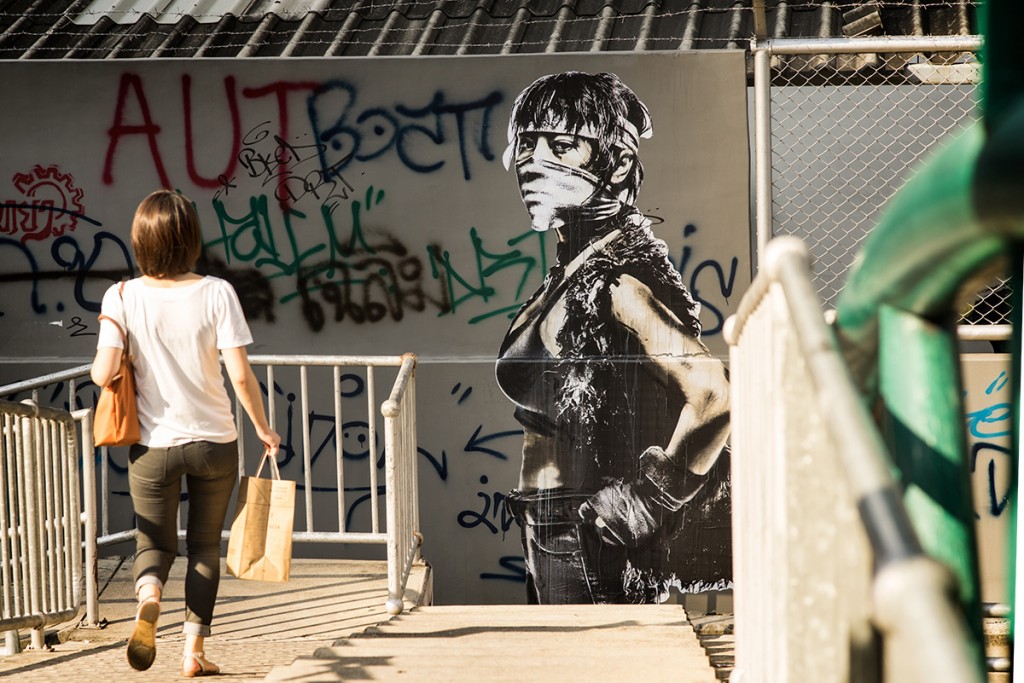 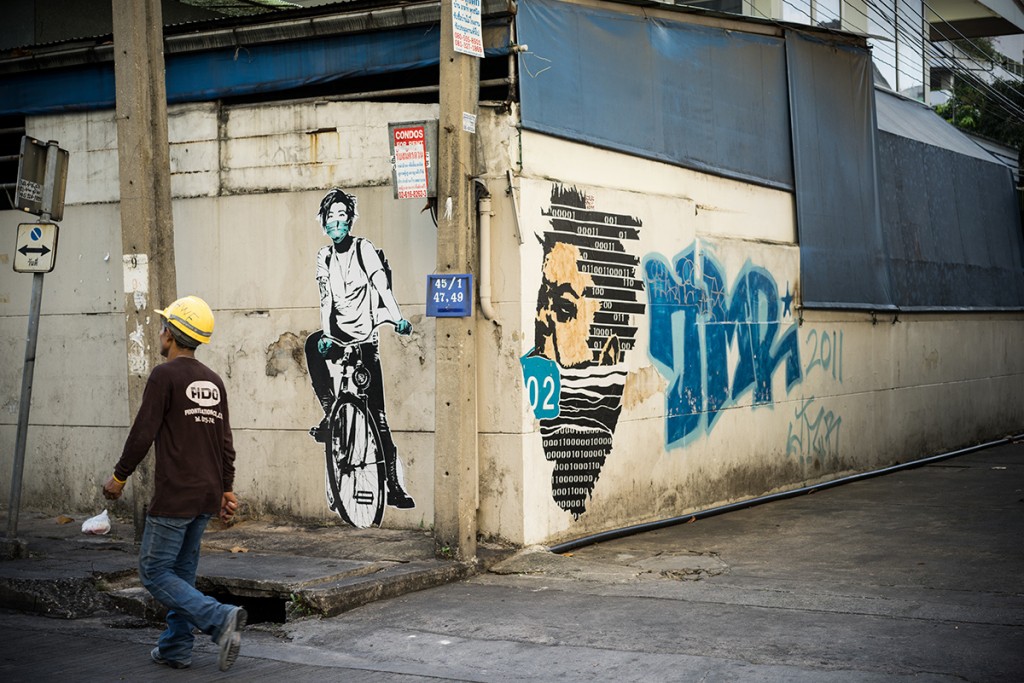 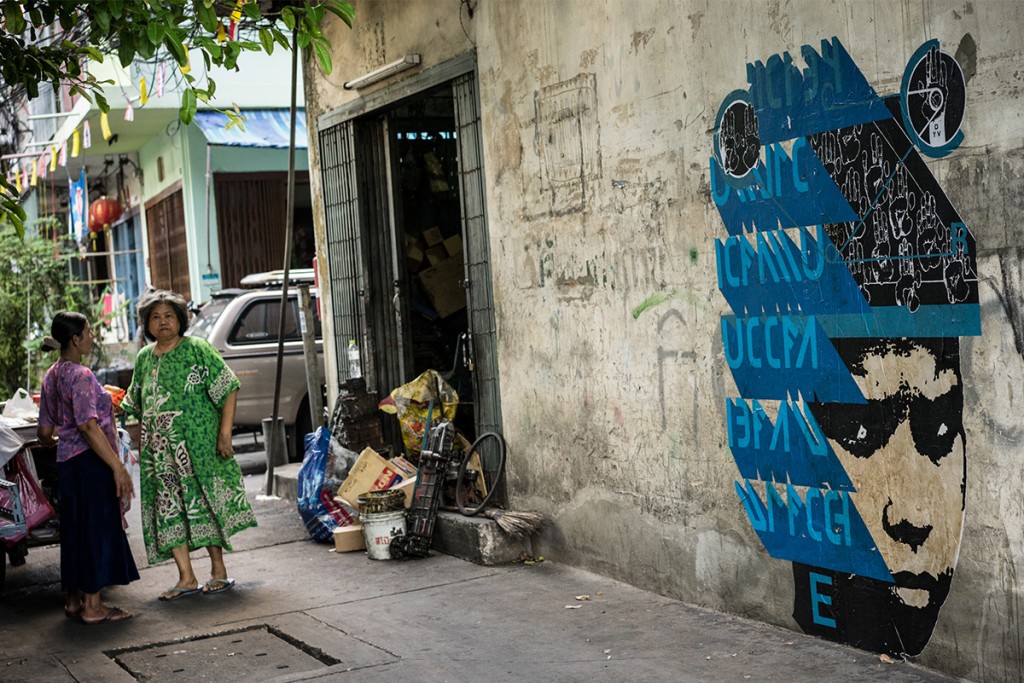 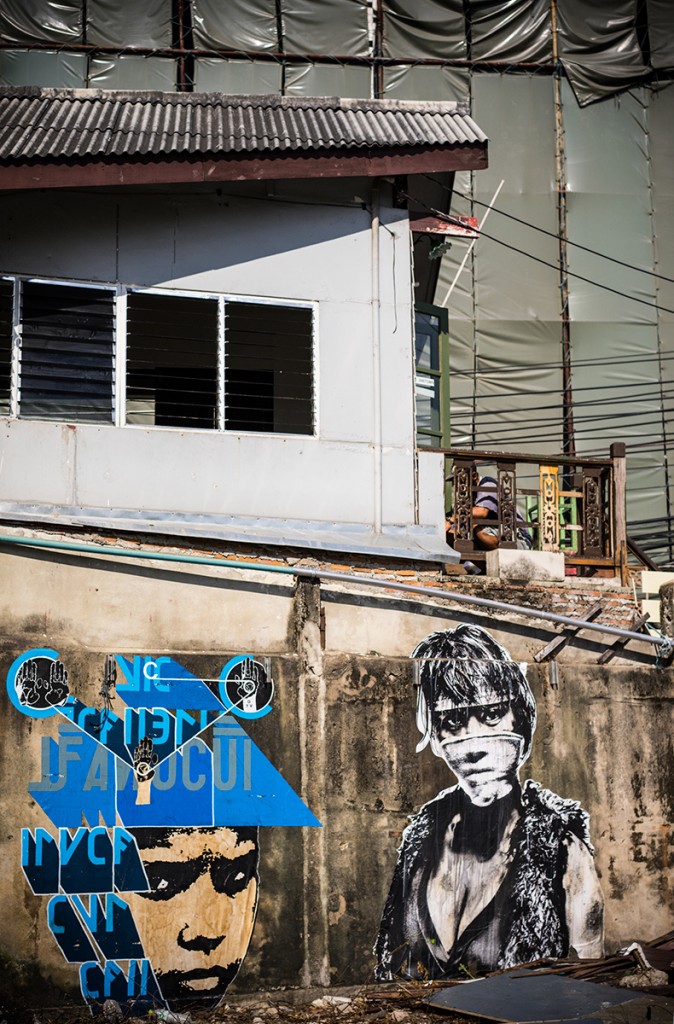 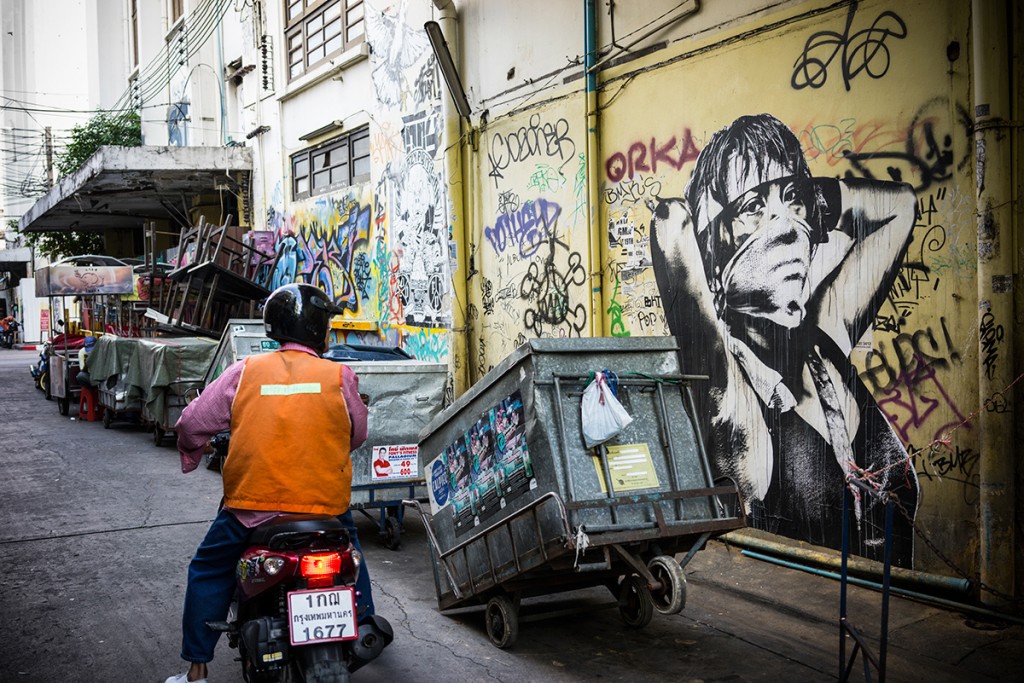 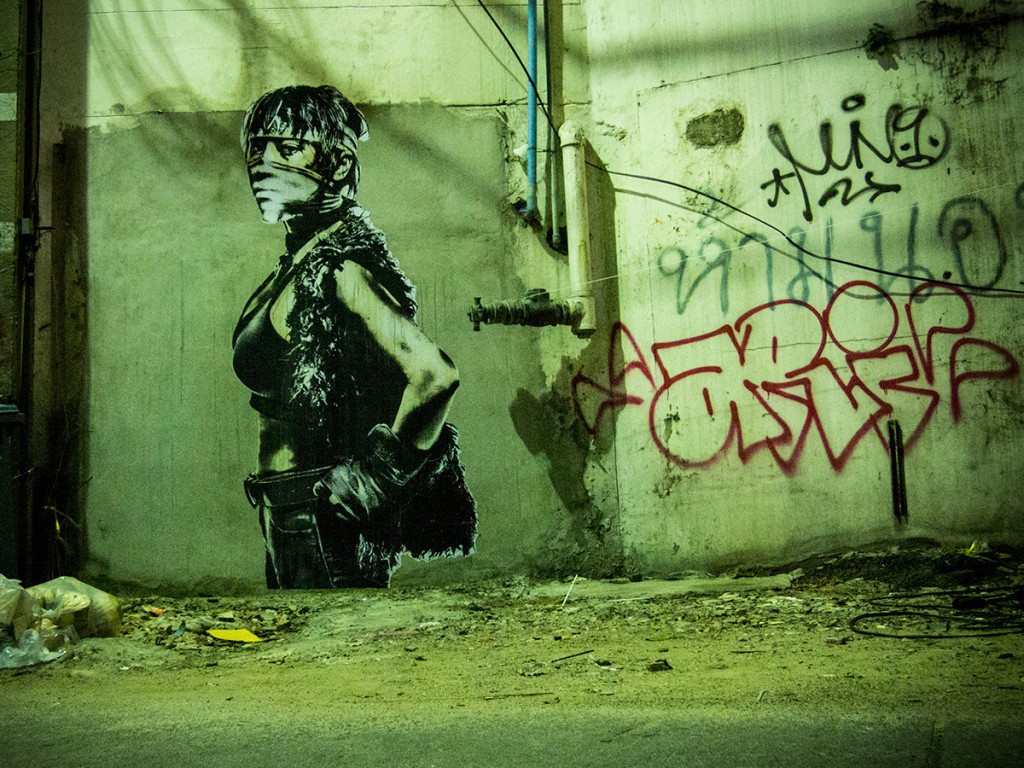 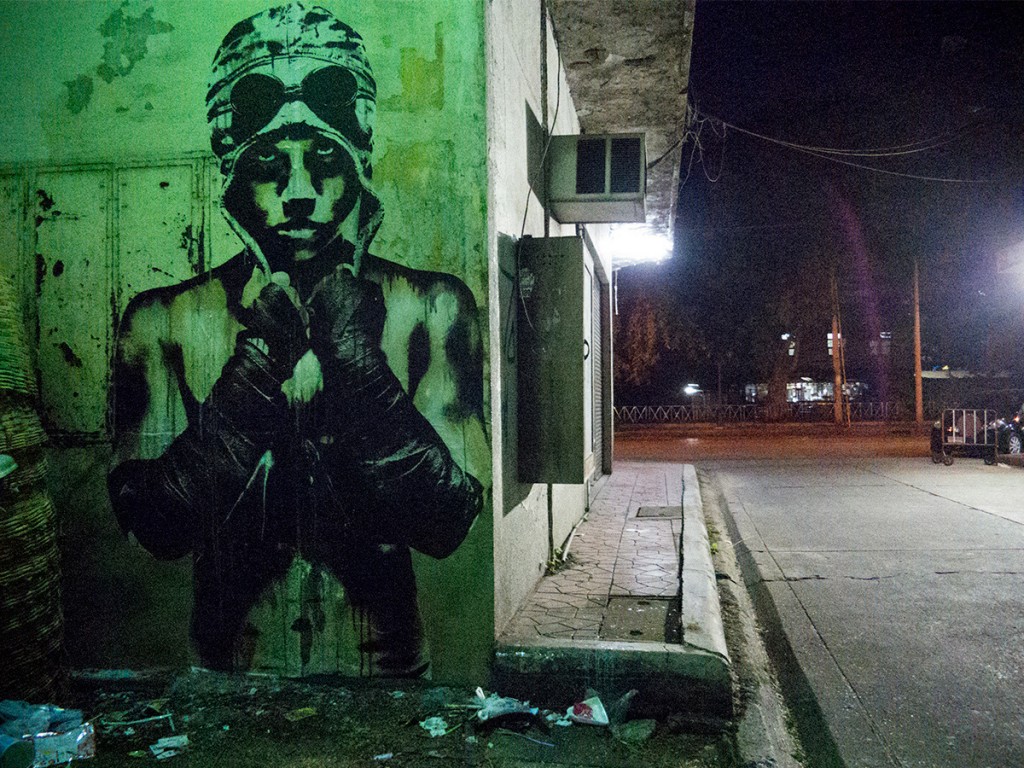 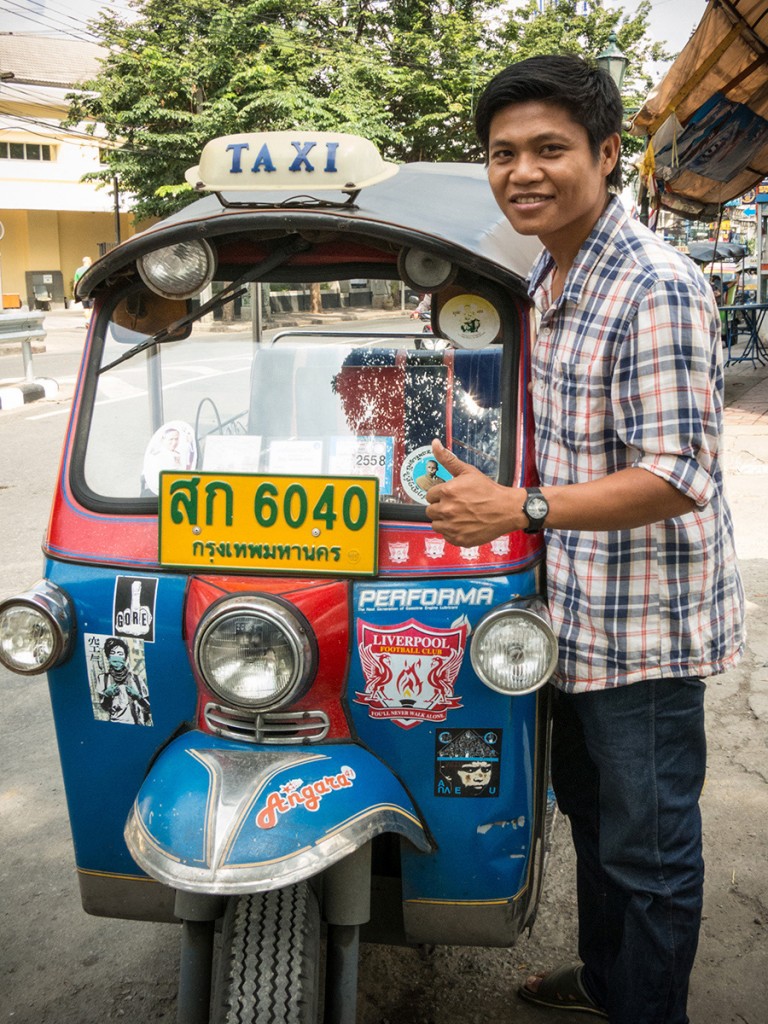 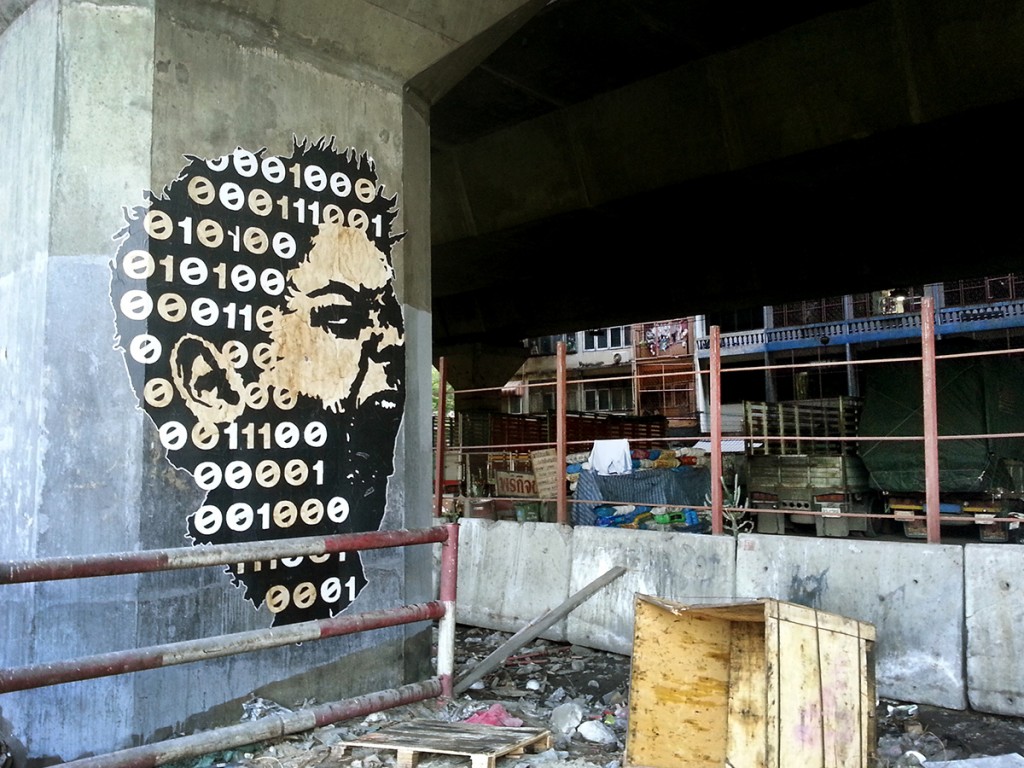