The astonishing mural was made in Mieres (Asturias, north of Spain) mixing tradition and vanguardism for looking into the future. The project, run and curated by RAPOSU ROXU, is the result of a participatory process which involved a great amount of local citizens Contextual muralism has been the ‘leitmotiv’ inspiring the whole event following the premises settled in the region by street art festival Parees. 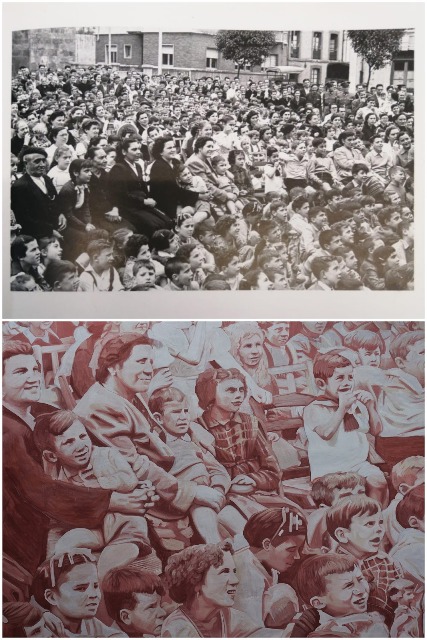 A picture captured by local photographer ‘ALONSO’ in 1954 was the one chosen by the artistic duo as a way of reflecting the future of Mieres by taking a look into the past. ‘Fiestas de San Xuan. Público en el Chacolin’, as the image is known, shows a group of adults and kids enjoying a puppet play in one of Mieres beautiful public spaces.

José Manuel Pérez Alonso ‘ALONSO’ was one of the oficial photographers of the village and an EFE Agency correspondent during the last century.

‘This pic is a portrait of an era’, Alonso’s daughter Eli Alonso says. His enormous graphic archive is a chronicle of the area and navigates through several decades. ‘We are very proud that one of my dad’s pictures is inspiring this wall now’, Eli continues. 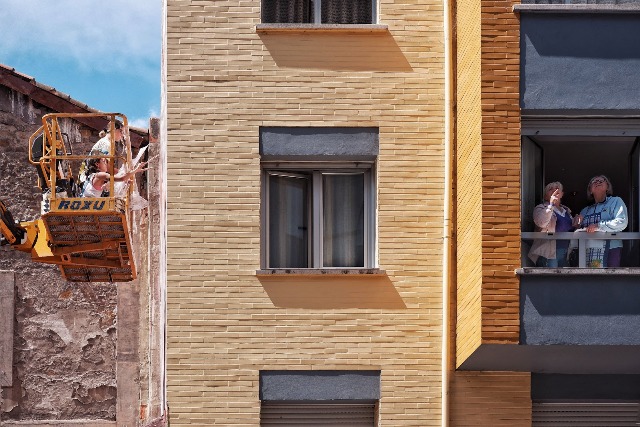 The contextual wall resulted of an intense participatory process was organised by the artistic mediation collective Raposu Roxu and supported by the City Council.

Divided in three main phases, the process started on social media. Lots of Mieres neighbours were asked about how they see their village in a near future, a question full of hope which inspires the motto: ‘Tradition + Vanguardism = Future’.

The second step was meeting with several local students, challenging them to imagine how they would like public space (streets, parks, squares, schools…) to be. You can see some of the drawings as the result of the poll here .

Finally, Raposu Roxu gathered 20 people related to the history, the culture, the landscape and the society of the city together in order to debate about the future of Mieres. Duo Amazonas were in attendance, listening closely about the actual situation and the legacy of the place.

Dúo Amazonas are Colombian Lina Castellanos and argentinian Nati Andreoli who are currently living in Madrid (Spain). Their murals can be found in Spain, Argentina, Portugal, Greece and Uruguay, for instance. Andreoli studied scenography at the National University of Arts in Buenos Aires, plus doing workshops with well reknown artists such as Paula Bonet and Lean Frizzera.

Lina Castellanos did Visual Arts at the Javeriana University of Bogotá, specializing in scenography at the National University of Arts in Buenos Aires. She also took a degree in Gender Studies at the ‘Universidad Autónoma of Madrid’. 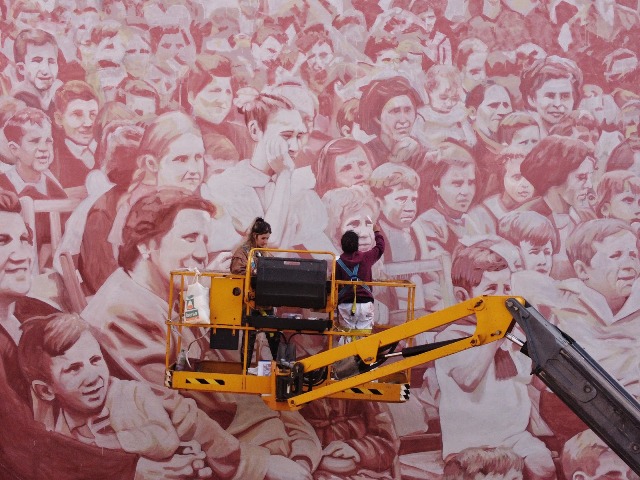 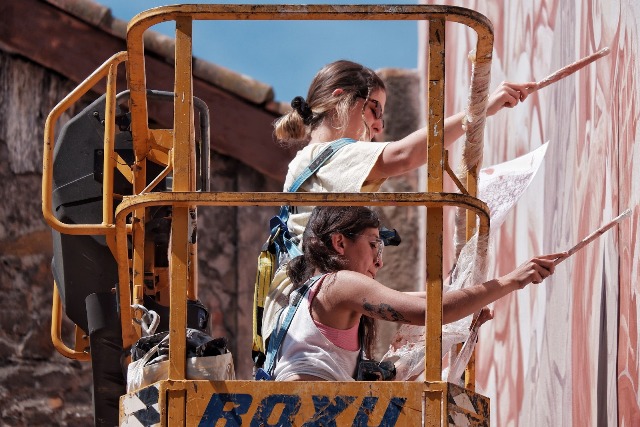 All pictures by Fer Alcalá