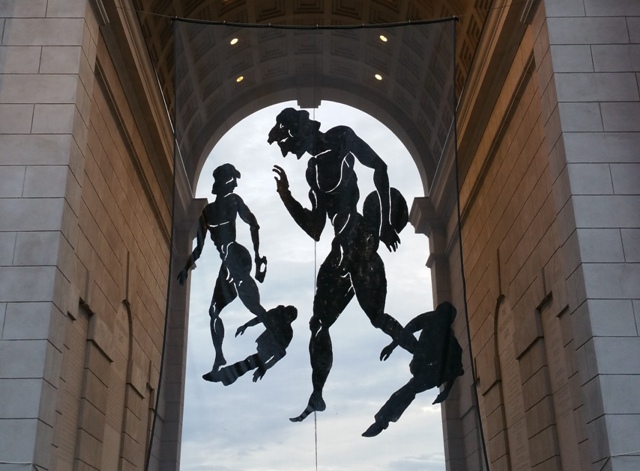 Dima Alekseyev is a Russian artist who over the course of his career has progressed from easel painting to street art. In his creative quest he has moved beyond the bounds of his own studio and headed for the urban environment
in an attempt to construct a dialogue with people by inserting public art into the urban space; he hopes to make the latter more human. 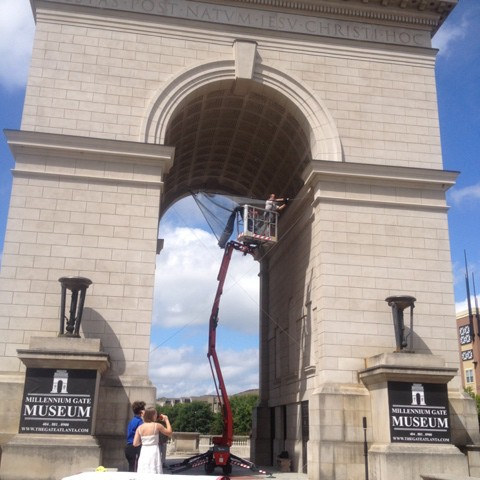 With his fellow thinkers Alekseyev has thrice held the Luch [‘Ray’] public-art festival in Moscow, the participants in which created for the city’s central districts installations addressed to pedestrians: “My objective was to make the city closer and more interesting to people. This may be achieved by various means. One of them is to surprise people and draw their attention to processes occurring in the world, in this unusual way.” (Dima Alekseyev) 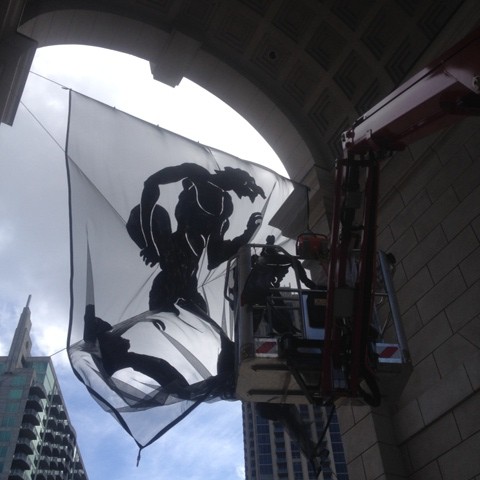 Alekseyev’s creative work is a jump into the heavens. His installations in the heavenly ether sketched by the spans of the arched structures exist in parallel dimensions – both in the real space of the city (under flyovers, bridges, and viaducts) and in the virtual space of contemporary art (they have a continuation in photographs and videos).
The mission of the Millennium Gate Museum is to articulate the USA’s artistic and aesthetic links with the result of the world and to indicate civilizational development which is common to all of mankind and the significance of this development for Americans. In this respect Alekseyev’s project, which refers to the Olympic Games of Ancient Athens, shows the continuity of cultural and aesthetic values for Atlanta today. It is symbolic that in the mouth of the Arch of the Millennium Gate there will be figures of ordinary people battling the gigantic shadows of the Olympic gods. The heavens were always – and remain – a place where all ages meet. 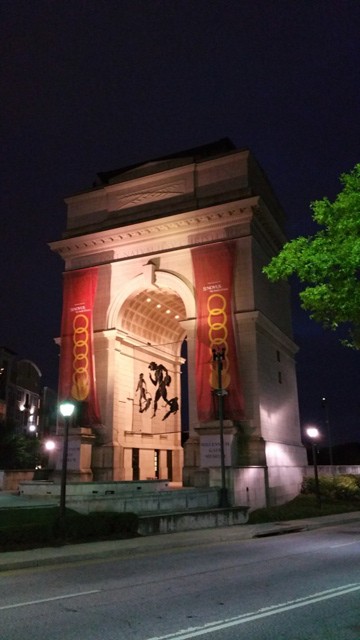 Alekseyev does not draw in the heavens; he makes events manifest: the spirit of the striving for perfection is alive and the modern world is striving to develop the best traditions of world culture. Atlanta remembers the Olympic Games which took place in this city – as we are reminded not just by the Olympic buildings themselves, but also by the exhibition ‘The Games: Ancient Olympia to Atlanta to Rio’, of which Dima Alekseyev’s project Jump into the Heavens is a part. I regard the space under bridges and viaducts carrying main transport routes as ideal for my purposes. The more unusual and incisive the art object, the greater, I hope, the effect and the more people who will admit this theme into their hearts and minds.
Contemporary art provides many opportunities for free artistic statement. And I want to use these opportunities to the full.